Accessibility links
Denmark's Mixed Message For Refugees : Parallels Ambivalence about refugees runs high in Denmark. Danes are critical of a new law requiring police to take cash and valuables from asylum seekers. But they're also nervous about rising refugee numbers. 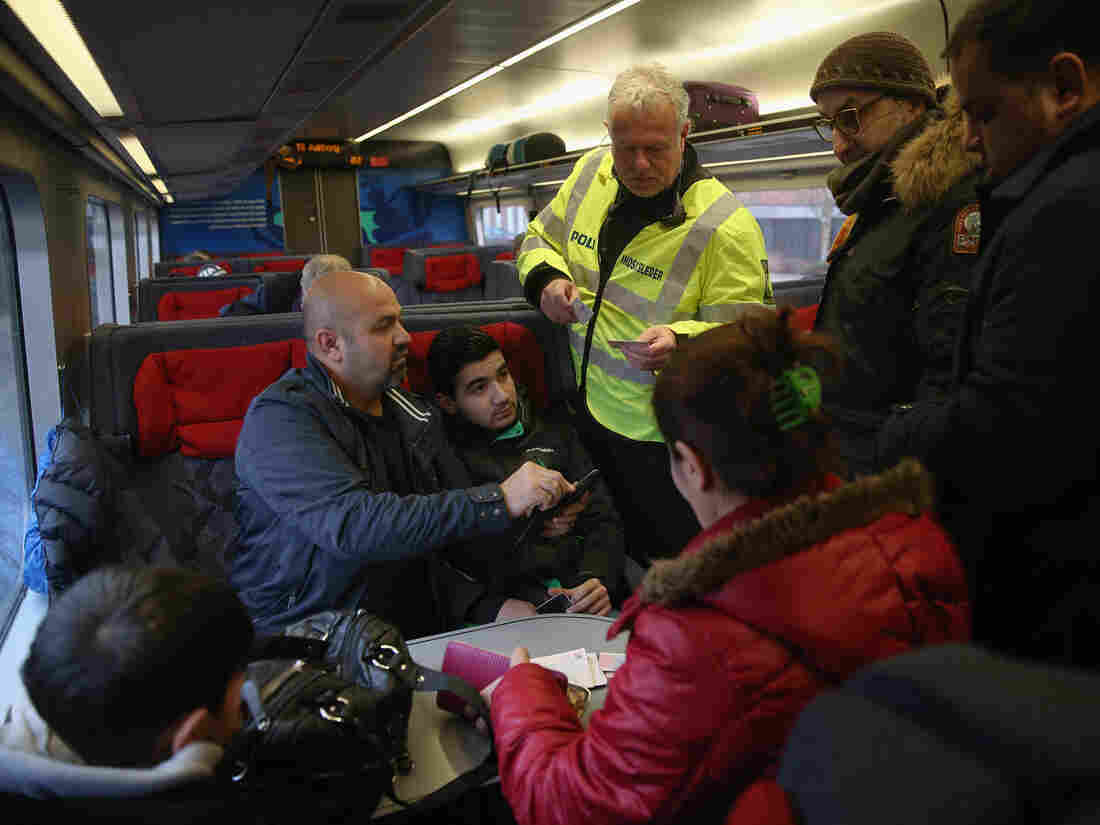 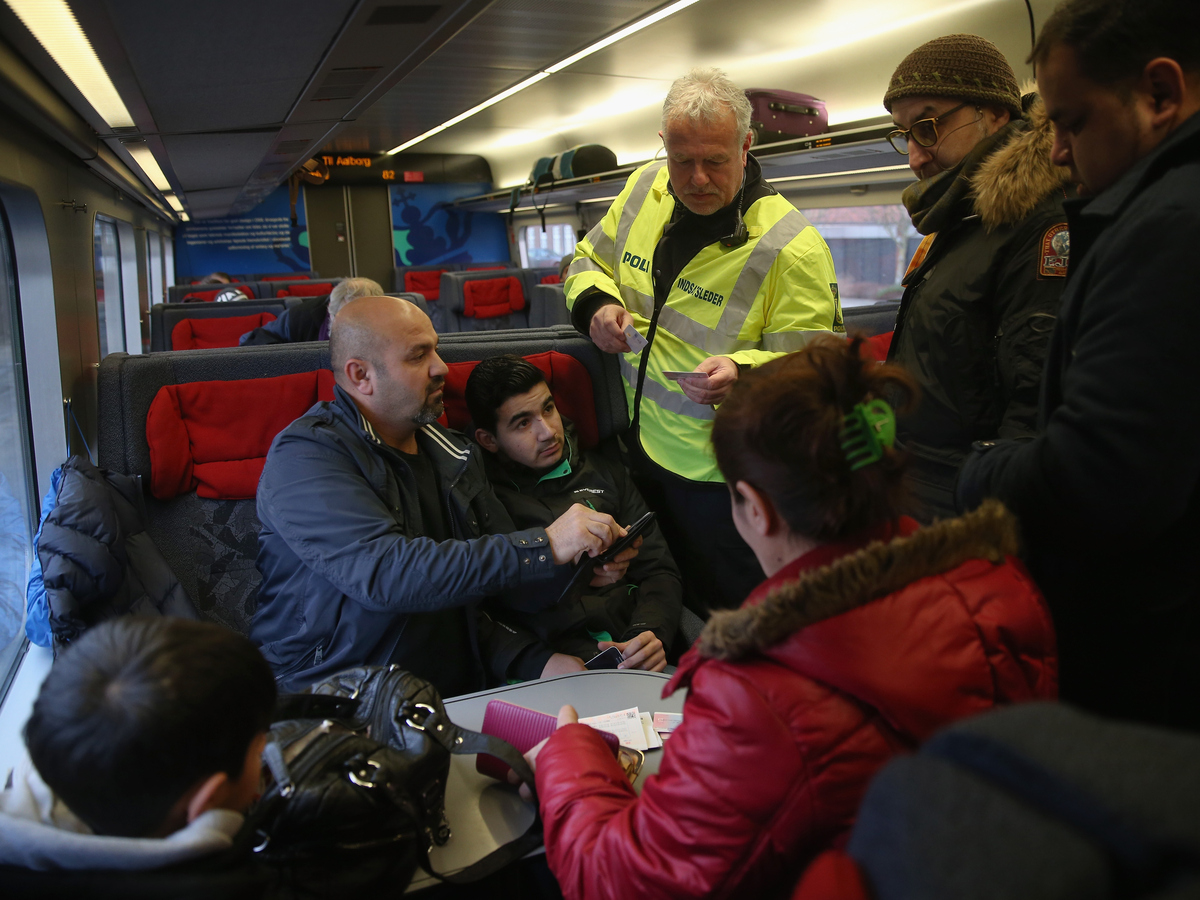 A Danish policeman checks passengers' identity papers on a train arriving from Germany on Jan. 6. Officials say the small country is overwhelmed by the number of refugees seeking asylum.

Are refugees still welcome in Denmark? Many Danes say yes, despite a new, controversial law requiring police to seize cash and other valuables from asylum seekers arriving in the Nordic country. There's widespread criticism in Denmark of the new law, even as many Danes are nervous about the rising number of asylum seekers.

The pretty Baltic port town of Sonderborg is one of many Danish communities sending mixed signals to asylum seekers these days. It hosts scores of migrants at an asylum center on the city's outskirts.

"I think if a lot of people from Syria are coming up here to be refugees, they are welcome," she says.

But her welcome comes with a caveat: Syrians are OK, but not so much those coming from Afghanistan or other countries where the urgency of asylum seems less clear-cut.

"They are not refugees as I see it," Escherich says. "I think a lot of guys are coming along with the other guys and that's a problem because we can't have millions of guys in Europe. But generally, if they are refugees, they are welcome."

Weeding out asylum seekers who don't fit the ever-narrowing definition of who is a refugee is what more and more Europeans want — not just here in Denmark, but also in neighboring countries like Sweden and Germany that have been more willing, until now, to take in refugees.

Some Danes also seek to insulate themselves from refugees who are already here, especially following widely publicized reports of sexual assaults and other violent crimes being blamed on migrants.

In Sonderborg, for example, a policy by the Buddy Holly nightclub only to let in customers who speak Danish, English or German received renewed attention after women here and in nearby towns complained of being harassed by asylum seekers.

The club's owner told Agence France Presse the policy was about safety and not xenophobia, but Sonderborg psychologist Martin Juhl considers it discrimination.

"I heard about it in the news, but don't think it's necessary to make those rules," he says. "But I think you have to know that Buddy Holly thing, as I consider it, is a youngster's place and I cannot take it that serious."

He is more concerned about the reputation Denmark is gaining as unfriendly to refugees.

A new law orders Danish police to seize cash and valuables from some asylum seekers and keeps others from bringing their families to Denmark, even if they are in danger.

University of Copenhagen migration researcher Zachary Whyte says the goal is to get asylum seekers to choose another destination.

"You can see this with the Danish government, when it last year took out ads in Lebanese newspapers to discourage Syrian refugees, primarily in Lebanon, from coming to Denmark."

Officials say they have no choice. They claim their small country — with a population of 5.6 million — has been overwhelmed by the 20,000 people who applied for asylum in Denmark last year, even though that number is a small fraction of what neighboring countries have taken in, Whyte says.

"But it's increasingly become the prevalent story that refugees are an economic burden to the Danish welfare state," he says.

Danish journalist Mikkel Andersson opposes what he calls asylum-based immigration. Many asylum seekers arriving in Denmark are unskilled and uneducated, and therefore won't fit in, he believes.

"A huge amount of those will not be able to be integrated into the Danish labor market in any meaningful way," he says. "That's the experience we've had over the last 30 years."

He says Danish tax dollars would be far better spent on humanitarian aid than hosting refugees.