Accessibility links
The Hong Kong Bookseller Who's Keeping 'Banned' Books On His Shelves : Parallels Five people in Hong Kong's book industry have disappeared. All were linked to books forbidden in mainland China. Paul Tang says he has no plans to remove works critical of the Chinese leadership. 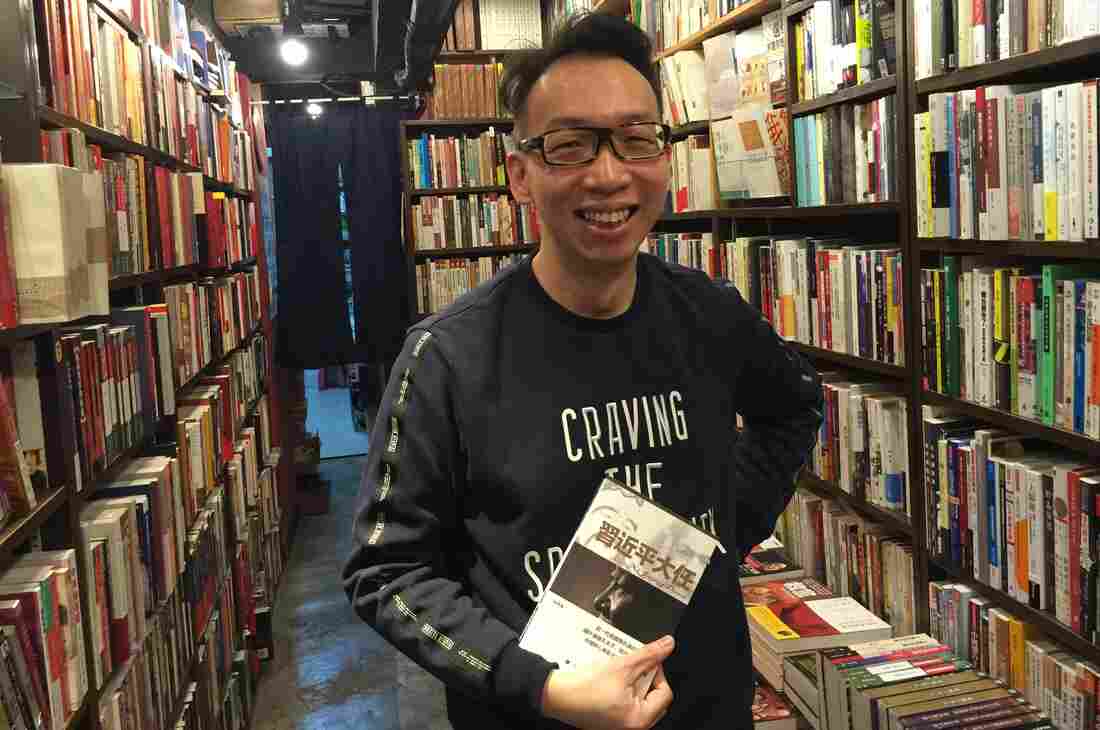 Paul Tang, owner of the People's Bookstore in Hong Kong, is still selling works that are critical of the Chinese leadership and are banned on the mainland. Five people in the Hong Kong book industry disappeared recently. Some have turned up in police custody on the mainland. But Tang says he isn't particularly worried about his safety. Anthony Kuhn/NPR hide caption 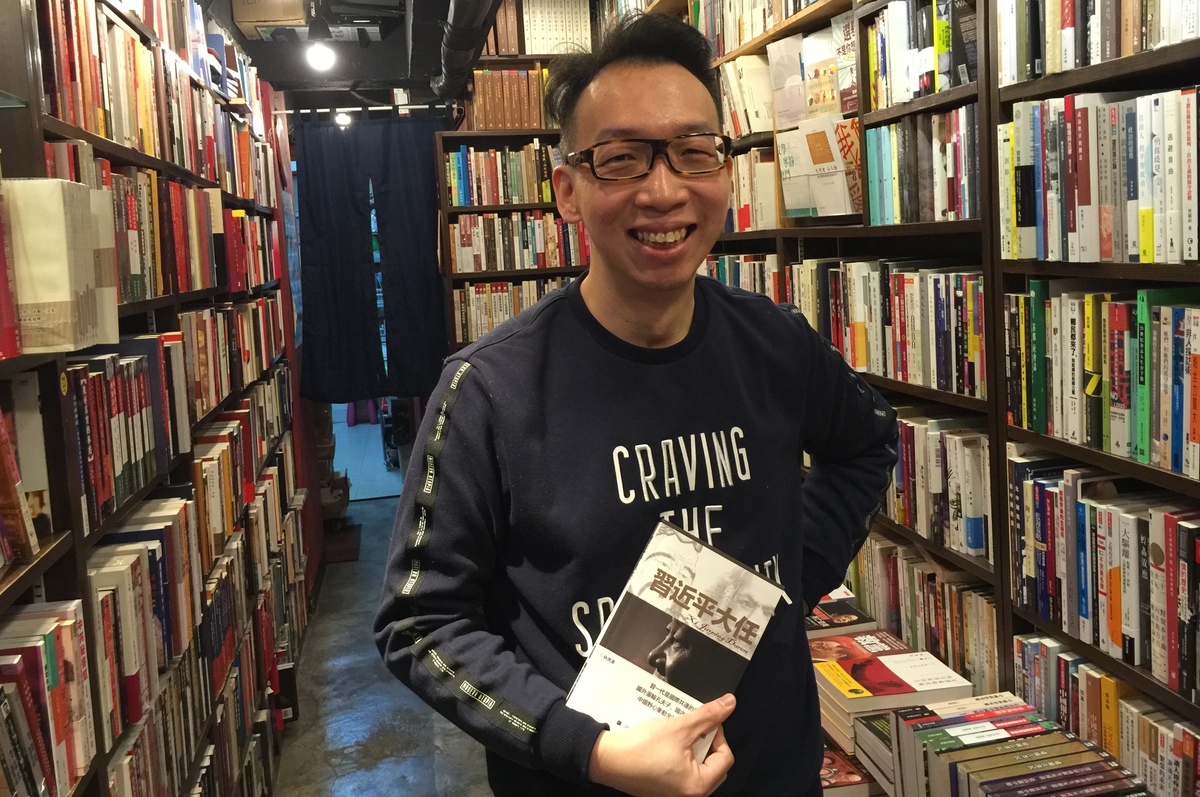 Paul Tang, owner of the People's Bookstore in Hong Kong, is still selling works that are critical of the Chinese leadership and are banned on the mainland. Five people in the Hong Kong book industry disappeared recently. Some have turned up in police custody on the mainland. But Tang says he isn't particularly worried about his safety.

In Hong Kong's densely packed Causeway Bay district, a red sign with a portrait of Chairman Mao looms over the bustling storefronts and shoppers. The sign indicates that there is coffee, books and Internet on offer inside.

Customers go past a window where travelers can exchange foreign currencies, up a narrow staircase and into a room stacked high with books. The walls are painted red and decked out with 1960s Cultural Revolution propaganda posters and other Mao-era memorabilia. The aroma of coffee and the sound of jazz waft over the book-browsing customers.

This is the People's Bookstore (in Chinese, "People's Commune"), run by Hong Kong entrepreneur Paul Tang. Tang got his start selling Chinese-language books from the mainland in 2002. A year later, China's government began allowing individual mainland travelers to visit Hong Kong. Previously, they were only allowed to go in tour groups.

Tang changed his product line to accommodate the influx of mainland customers. He began specializing in books about China — mostly about high-level political intrigue, sex scandals and the like — published legally in Hong Kong, but banned on the mainland.

Tang's bookstore has been receiving quite a bit of attention since the disappearance of five booksellers at the nearby Causeway Bay Bookstore and its affiliated publishing house, Mighty Current, both of which specialize in books forbidden on the mainland.

The last of the five, bookseller Lee Bo, disappeared more than a month ago. He and a colleague resurfaced in police custody on the mainland. Authorities offered no explanation for how they got there, leading to fears that the men were kidnapped. 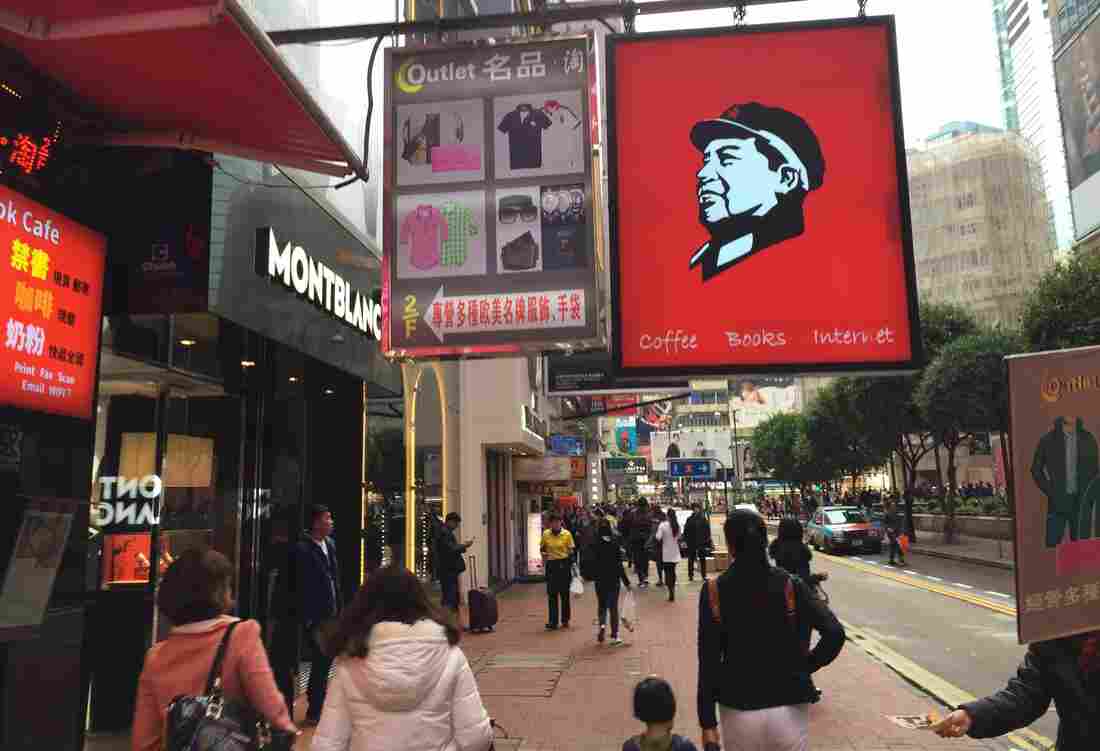 The People's Bookstore in Hong Kong attracts customers from mainland China who are interested in books that are forbidden there. Many works focus on political intrigue, sex scandals and corruption. Anthony Kuhn / NPR hide caption 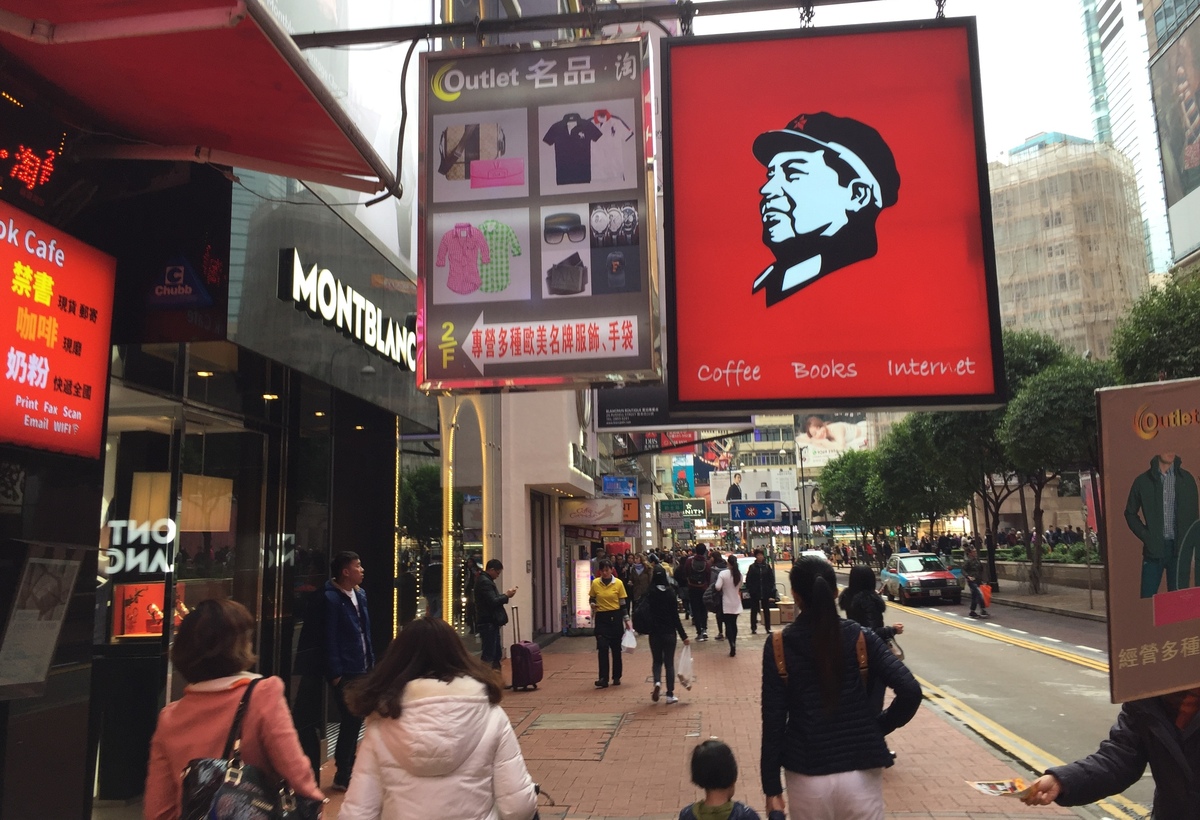 The People's Bookstore in Hong Kong attracts customers from mainland China who are interested in books that are forbidden there. Many works focus on political intrigue, sex scandals and corruption.

"It's really, really horrible for me to look at," Tang says, sitting in his bookstore. At the same time, he adds, he's not worried too much about his own safety or his business. That's because the nascent crackdown appears geared more toward the publisher and the closely linked bookstore.

"For the government, we're too small" to bother with, Tang says. He notes that the books in question remain widely available in Hong Kong, from curbside newspaper stands to convenience stores to the Hong Kong airport.

Tang shows me a few examples of hot-selling titles in his store.

Struggle for Control of the 19th Communist Party Congress Standing Committee is about a meeting of China's ruling party that's still more than a year off.

Tang explains that this title sells well because mainland businessmen and officials want to know about leadership reshuffles that could affect their careers — something they're unlikely to glean from mainland media.

Next, he points to a book predicting that China will be hit by a great economic depression in 2017. He notes that this title has come out several years in a row, and the authors' failed predictions have apparently not hurt sales much for the latest installment.

Finally, Tang picks up another book to make the point that not everything he sells is pulp nonfiction, based on rumor and speculation. Prisoner of the State is an inside account of high-level politics during the 1980s and 1990s, by the late, deposed party boss Zhao Ziyang.

Following the 1989 Tiananmen Square Massacre, Zhao was put under house arrest, where he divulged details in a series of conversations. The audiotapes of these talks were then smuggled out to Hong Kong to be published.

The Plot Thickens In The Mystery Of Hong Kong's Missing Booksellers

China's Great Wall Is Crumbling In Many Places; Can It Be Saved?

In the store, I meet a frequent visitor from the mainland, who only gives his surname, Zhang. He's browsing a book on a topic completely absent from mainland bookstores: the independence movement in China's far west region of Xinjiang.

"In theory, the mainland enjoys freedom of the press," he tells me in a hushed voice. "But in reality, we're not allowed to mention these forbidden topics. So many mainland readers come looking for these books out of curiosity. To put it simply, over here, you can read the truth."

Paul Tang cares about helping his mainland customers. He believes in the freedom of speech and the press guaranteed under Hong Kong's laws.

While some mainland-owned booksellers have taken banned books off their shelves, Tang says, "We will keep our style."

However, he predicts that if the current crackdown takes out too many publishers, "we may need to migrate to other topics, in case we don't have enough products for customers."

Tang confides that he really stumbled upon the banned book business while studying food science. He admits that at the time, he was "not a real book guy."

His foremost aim has always been to meet the needs of his customers. Besides banned books, he found that his customers also bought large amounts of milk powder in Hong Kong. This stemmed from a 2008 scandal in which mainland milk and milk powder were found to be tainted with the industrial chemical melamine. A section in Tang's bookstore is stocked with large cans of imported milk powder.

At the moment, Tang is also looking into the caviar business. So if all else fails, at least he can fall back on selling fish eggs.