Accessibility links
Who Is Moscow's Favorite Among The U.S. Presidential Candidates? : Parallels The official line in Russia is that it doesn't matter who wins in November, since it won't change what the Kremlin sees as Washington's anti-Russia stance. But some candidates are better than others. 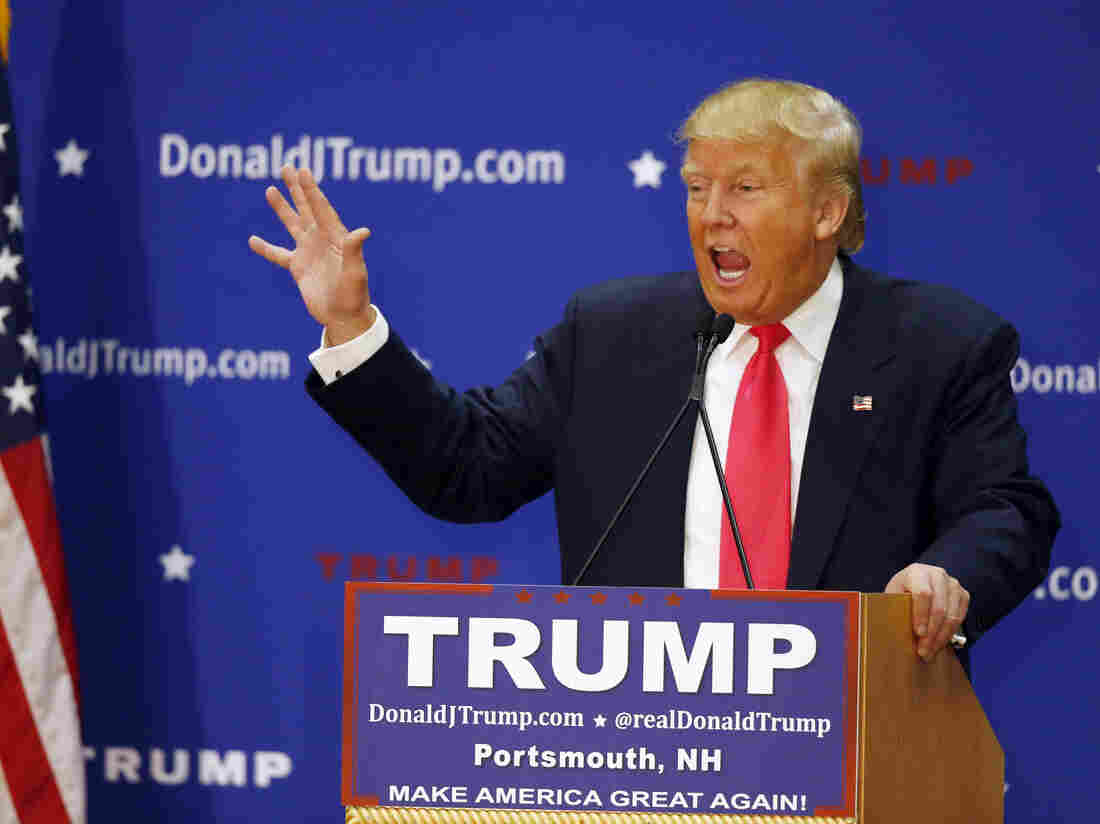 Donald Trump and Russian President Vladimir Putin have exchanged compliments. In the words of one Putin adviser, "he more carefully listens to so-called 'silent majority' of the American nation, who don't want conflict with Russia." Robert F. Bukaty/AP hide caption 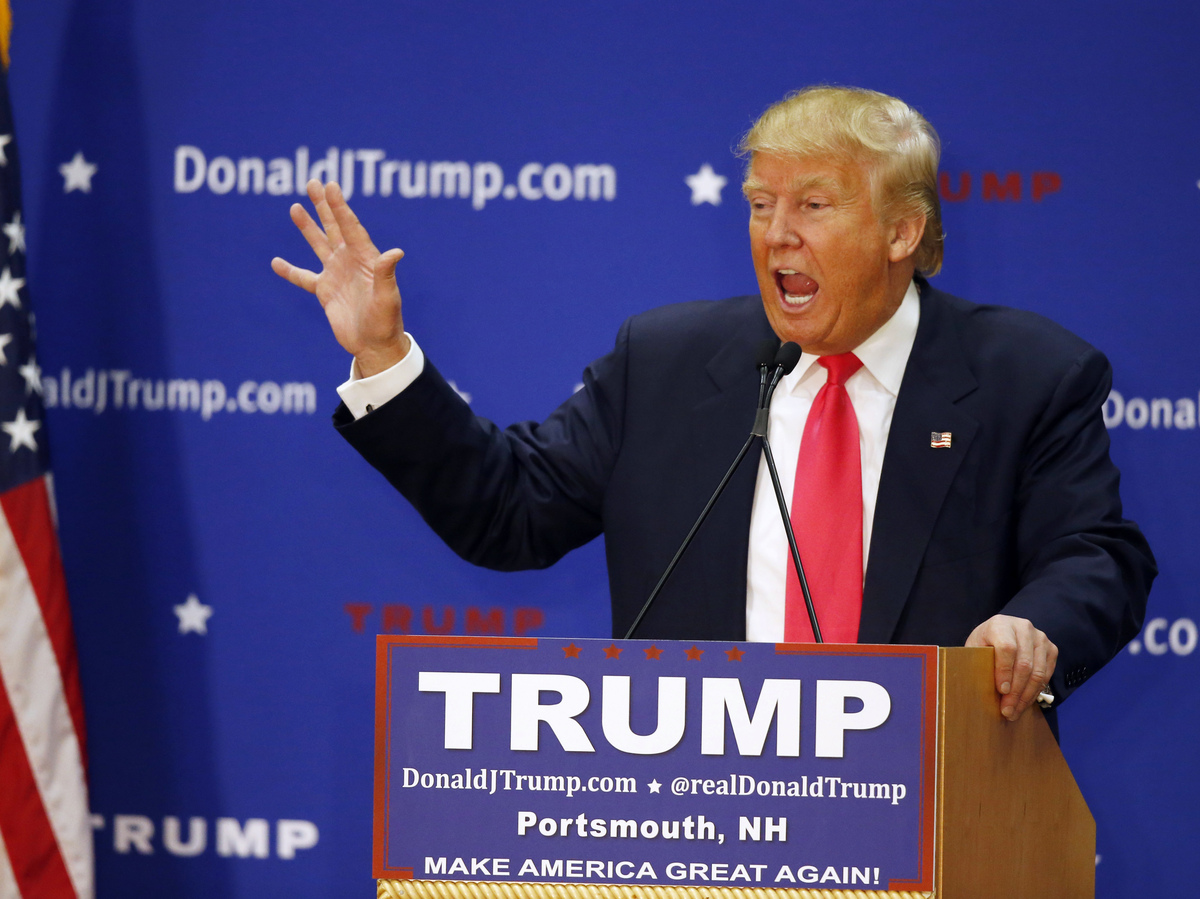 Donald Trump and Russian President Vladimir Putin have exchanged compliments. In the words of one Putin adviser, "he more carefully listens to so-called 'silent majority' of the American nation, who don't want conflict with Russia."

As the U.S. presidential campaign moves into primary season, America's allies and rivals are starting to pay a lot closer attention to the candidates. That includes Russia, whose relations with the U.S. are at their lowest levels since the Cold War.

So here's a look at the U.S. campaign through the eyes of a couple of Kremlin-friendly analysts:

First of all, do Russians see the current elections as a possibility for improving relations?

Russian government adviser Sergei Markov says no. "Russians believe that it doesn't matter who is American president," the former lawmaker says. "The real policymaker in United States is oligarchy groups and U.S. bureaucracy."

Markov reflects Kremlin thinking that American foreign policy decisions are made by wealthy corporate interests and an implacably anti-Russia faction in the State Department.

To give you an idea of where he's coming from, Markov is convinced that State Department officials instigated the 2014 revolution in Ukraine as part of a strategy for containing Russia.

Analyst Dmitry Drobnitsky sees both Hillary Clinton and Marco Rubio as the establishment candidates for their respective parties — and as proponents of a belligerent, interventionist foreign policy in which "the United States is the only superpower and should be aggressively suppressing everything that could possibly emerge."

Drobnitsky, who writes for leading Russian newspapers and journals, says Clinton and Rubio espouse almost the same foreign policy — and it's aimed at containing Russia. Rubio, he says, is under the spell of Republican "neocons." Clinton is a leader of Democratic "liberal interventionists."

Drobnitsky sees the "big intrigue" of this presidential election as the question of whether the "interventionists" from either party will succeed in regaining power that they lost after the long wars in Iraq and Afghanistan.

For the Kremlin, then, the best hope would seem to lie with a candidate like Donald Trump, who portrays himself as "anti-establishment."

"Because Trump is anti-establishment," Markov says, "he more carefully listens to so-called 'silent majority' of the American nation, who don't want conflict with Russia, and who demand to stop the hybrid war against Russia."

By hybrid war, Markov is referring to the common Kremlin charge that the United States is attacking Russia with propaganda and subversion.

Those are the very charges that the United States and its allies level against Russia.

Trump said in October he would "probably get along with [Putin] very well." The Russian leader responded in December that Trump is "a bright personality, a talented person, no doubt. He says that he wants to move to a different level of relations, to a closer, deeper one, with Russia. How can we not welcome that?"

Dmitry Drobnitsky says one thing that resonates with the Kremlin is Trump's portrayal of himself not as a politician, but a successful businessman. "Probably the main chemistry between Trump and Putin," he says, "is because Putin considers himself also as an effective manager or even a crisis manager."

Drobnitsky says his second choice among the current candidates would be Ted Cruz, because he believes Cruz represents the values of heartland America. Neither analyst mentioned Cruz' views on bombing ISIS.

Markov also sees Cruz as a good second choice, saying his religious values would be a hedge against corruption. But neither analyst thinks Cruz can win this time around.

The same, they say, goes for Bernie Sanders. But they think Sanders' candidacy may lay the foundation for a new socialist movement in America's future.