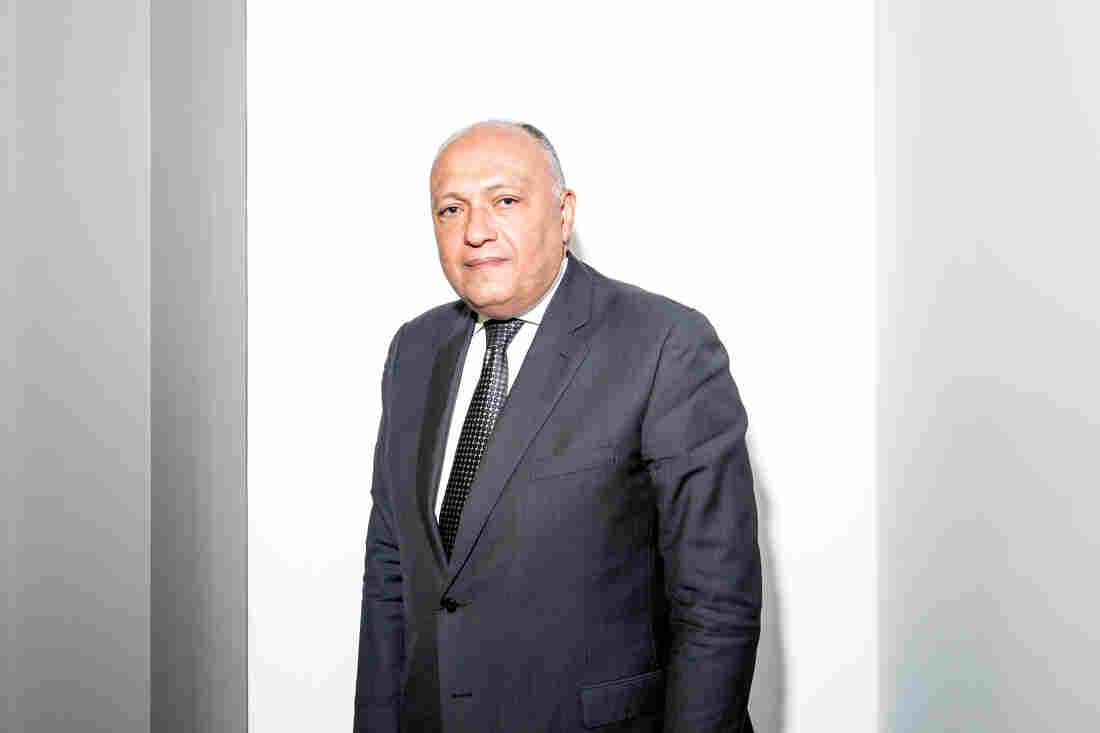 "There is a vibrant political atmosphere that will be conducive to greater achievement" in Egypt, Foreign Minister Sameh Shoukry tells NPR. But, he says, "I can't say we're perfect." Ariel Zambelich/NPR hide caption 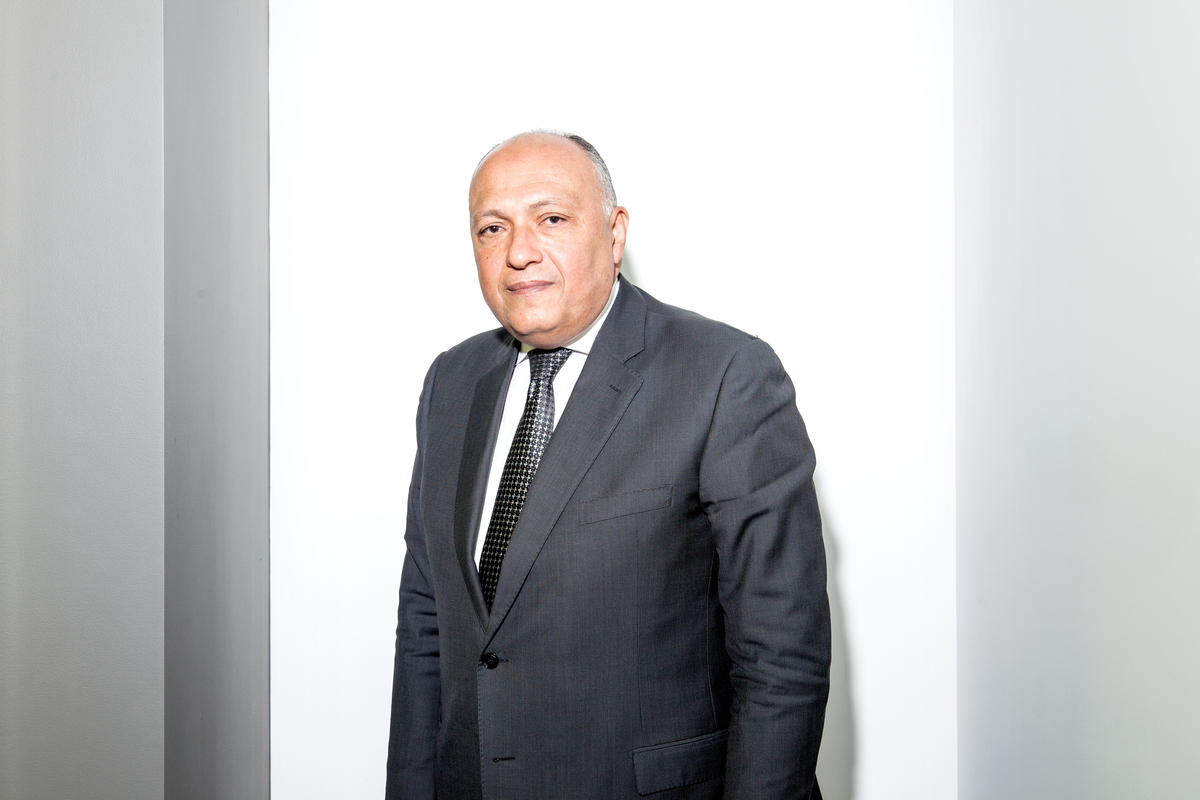 "There is a vibrant political atmosphere that will be conducive to greater achievement" in Egypt, Foreign Minister Sameh Shoukry tells NPR. But, he says, "I can't say we're perfect."

Shoukry, a veteran diplomat and former ambassador to Washington, represents the government of Abdel-Fattah el-Sissi, who led a military coup in 2013 and became president in 2014.

Sissi's government has cracked down on the Muslim Brotherhood, the Islamist group it ousted from power. The current government has also faced allegations of human rights abuses.

Egypt held parliamentary elections late last year, but critics say the candidates and the balloting were stacked in favor of Sissi's supporters. In his talk with NPR, the foreign minister said Egypt was on the path to democracy but declined to set a timeline.

On the state of democracy in Egypt

Egypt is certainly on its way to a full democratization. Democracy is an evolutionary process, and our modern history has experienced ups and downs, a period of lack of political participation, one-party dominance. And I believe that ... Egypt is on its path to full democratization. The amount of political parties, political activism, the participation in the last parliamentary elections, all indicate that there is a vibrant political atmosphere that will be conducive to greater achievement. I can't say that we're perfect. I know we are subject to the culture that had existed in the past. But certainly this government and President Sissi is committed to Egypt's development politically, economically, socially, in all the fields.

On Egypt's trial of three journalists from Al-Jazeera

The issue had been portrayed by many media outlets as a matter of freedom of expression, but it was not. It was a matter of regulation and it was a matter of meeting the necessary permits, operating from recognized facilities. These people were operating out of hotel rooms, utilizing equipment that was prohibited. ... The arrest was not related to the content of what Al-Jazeera is advocating. ... [But the court judgment] included that they had disseminated false news, for intentionally having disseminated false news that could have been harmful and created agitations, at a very sensitive time during this upheaval of activism and political rivalry.

On the investigation into the murder of Italian academic Giulio Regeni, whose body was found in Cairo last week

It's painful and we've looked into this issue quite extensively, and there have been discussions between us and the Italian government. And at the official level, there is no such speculation or accusation levied [suggesting Egyptian security service involvement in the murder]. It is rather disconcerting that there should be this impression. ... We have a very large Egyptian population, expatriate population, in Italy, and they face on a daily basis criminal activity. If I was to speculate that that criminal activity was somehow related to the Italian government, it would be very difficult to conduct international relations. ...

The Italians are on the scene and are cooperating fully with our security forces, with our investigative team, in all areas related to this case. ... We are open, we are transparent, we have nothing to hide, and these are relationships that we value. Thereby we are always willing to cooperate.

On stability in Egypt now

The government has secured a very high degree of security, I think. ... The conditions in Egypt are secure, are safe, people are undertaking their business. We still have the occasional terrorist activity, by the [Muslim] Brotherhood, but that has been reduced considerably and the impact has been reduced by virtue of the ability of the security forces to thwart the activity beforehand. Most recently ... the cache of explosives that was picked up in Giza and that was being dealt with ... six of our security forces lost their lives — who put that cache there and what was the intention for those explosives? Their intent was to kill and to maim innocent Egyptians, so as to give a perception of instability. Instability is a matter that concerns each and every Egyptian, and I think it is the confidence that the Egyptian people have in this government and its ability which continues to drive our commitment to serving their needs.

In a previous version of this post, Egypt's president was misidentified as Abdel Hassan; in fact, his name is Abdel-Fattah el-Sissi. He took power in 2014 after a 2013 coup.