Accessibility links
As Questions Swirl, Italy Mourns Death Of Italian Student In Cairo : Parallels A funeral is being held Friday in Italy for Giulio Regeni, a doctoral student allegedly tortured and killed in Egypt. Thousands have demanded an independent probe into Regeni's death. 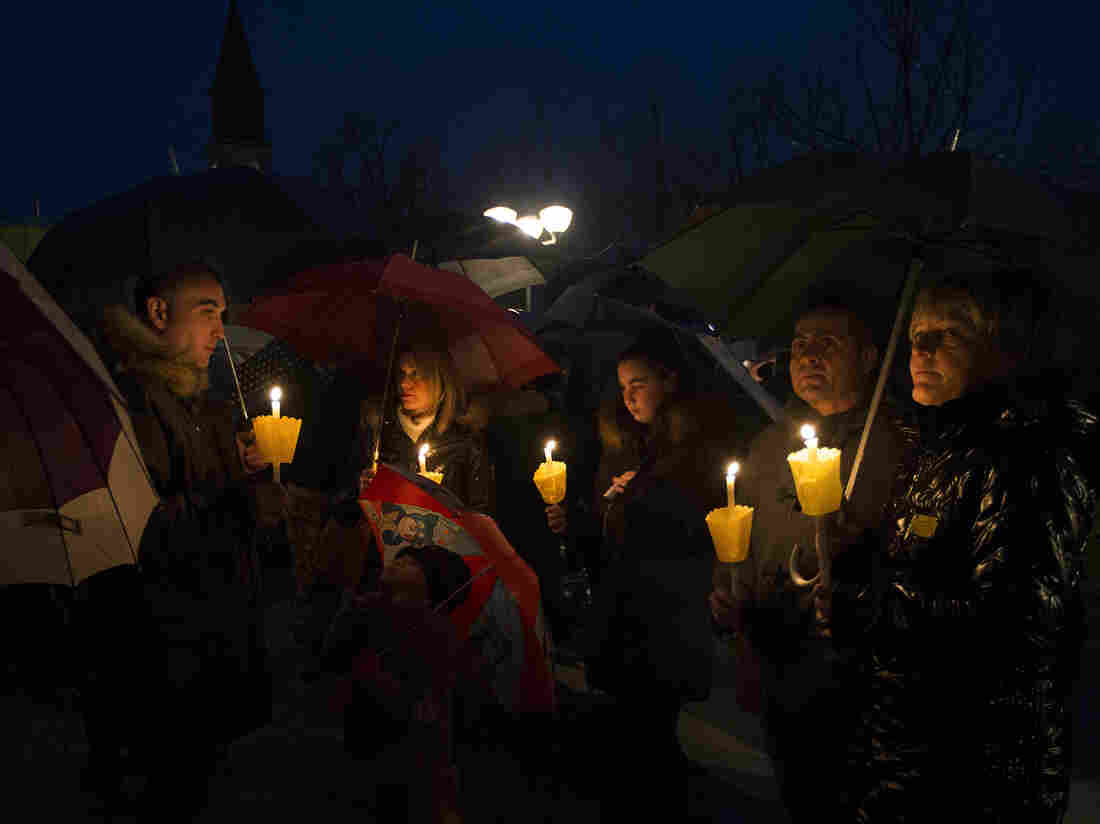 People gathered during a candlelight procession to honor the memory of Giulio Regeni in his hometown of Fiumicello, Italy, on Sunday. Paolo Giovannini/AP hide caption 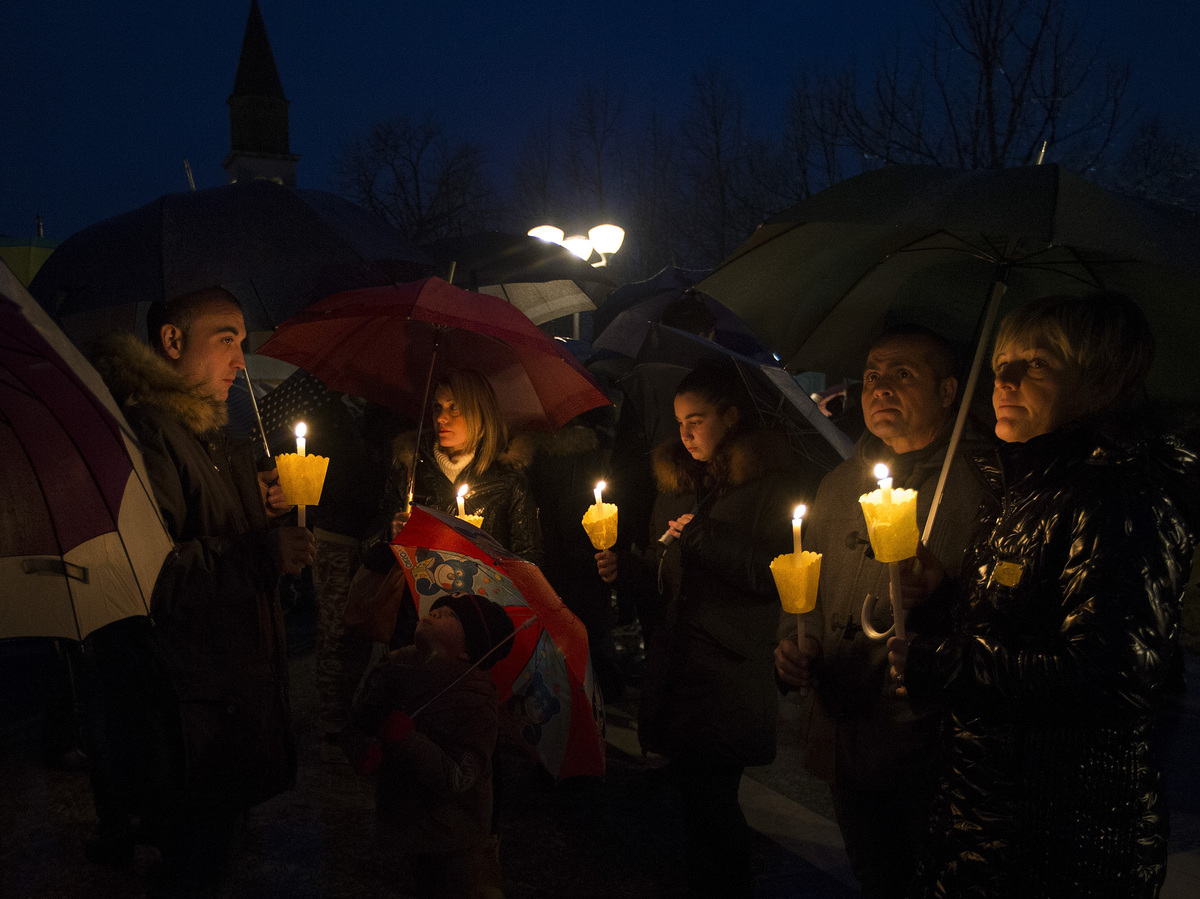 People gathered during a candlelight procession to honor the memory of Giulio Regeni in his hometown of Fiumicello, Italy, on Sunday.

A private funeral is being held Friday in Fiumicello, the northern Italian hometown of a doctoral student whose badly battered body was found Feb. 3 on the outskirts of Egypt's capital, Cairo.

The case has sparked outrage among Italians — who suspect Egyptian security forces were involved.

Giulio Regeni, a 28-year-old student from Cambridge University, was doing research on independent trade unions — a touchy topic in Egypt. On Jan. 25, the fifth anniversary of the uprising that ousted the regime of Hosni Mubarak, security in the city was intense. That evening, Regeni never showed up for an appointment with a friend.

Nine days later, his body turned up in a ditch, with what the Italian ambassador to Egypt described as unequivocal marks of torture.

"The investigating official near where the body was found says no signs of crime, but of a car accident," Travaglio says. The police chief also insists it was an accident. The Cairo prosecutor in charge of the case, though, spoke of knife wounds, cigarette burns and torture — what he described as a slow death.

After the student's body was returned to Italy, a second autopsy was carried out. Interior Minister Angelino Alfano was asked what it showed.

"It was a punch in the stomach," he said. "I'm still catching my breath ... An inhuman, animal-like, unacceptable violence."

Viviana Mazza, who has been reporting on the case from Cairo for the daily Corriere della Sera, says Egyptian authorities reject suggestions their security services could be responsible.

"The Egyptian government has been adamant that it is impossible that this is a case of torture, because torture does not exist in Egypt," she says. "So we are moving on two different and parallel views of what happened."

While in Egypt, Regeni had also been writing for a leftist Italian newspaper under a false name. Norma Rangeri, the editor of Il Manifesto, says she had long phone conversations with Regeni.

"He was very worried," she says. "In his last article, published after his death, he denounced the poor state of media freedom in Egypt."

Reporter Mazza says dozens of Egyptians, many of whom didn't know Regeni, gathered for a vigil outside the Italian Embassy in Cairo.

They told her that Regeni suffered what many of them have suffered.

"Giulio is one of us," they told her, "because he died like some Egyptians, unfortunately, are dying nowadays."

More than 4,600 academics from around the world have signed a letter saying human rights groups have long accused Egypt of practicing torture against Egyptian citizens, similar to what Regeni is said to have suffered.

The letter calls for an independent probe into Regeni's death — as well as instances of forced disappearances, torture and deaths in detention in Egypt.