Accessibility links
In Trump's German Ancestral Village, The Locals Are Not Impressed : Parallels "Ich bin ein Kallstadter," Donald Trump likes to say. But many of the villagers are more proud of other famous American descendants with links to Kallstadt: the Heinz family, of ketchup fame. 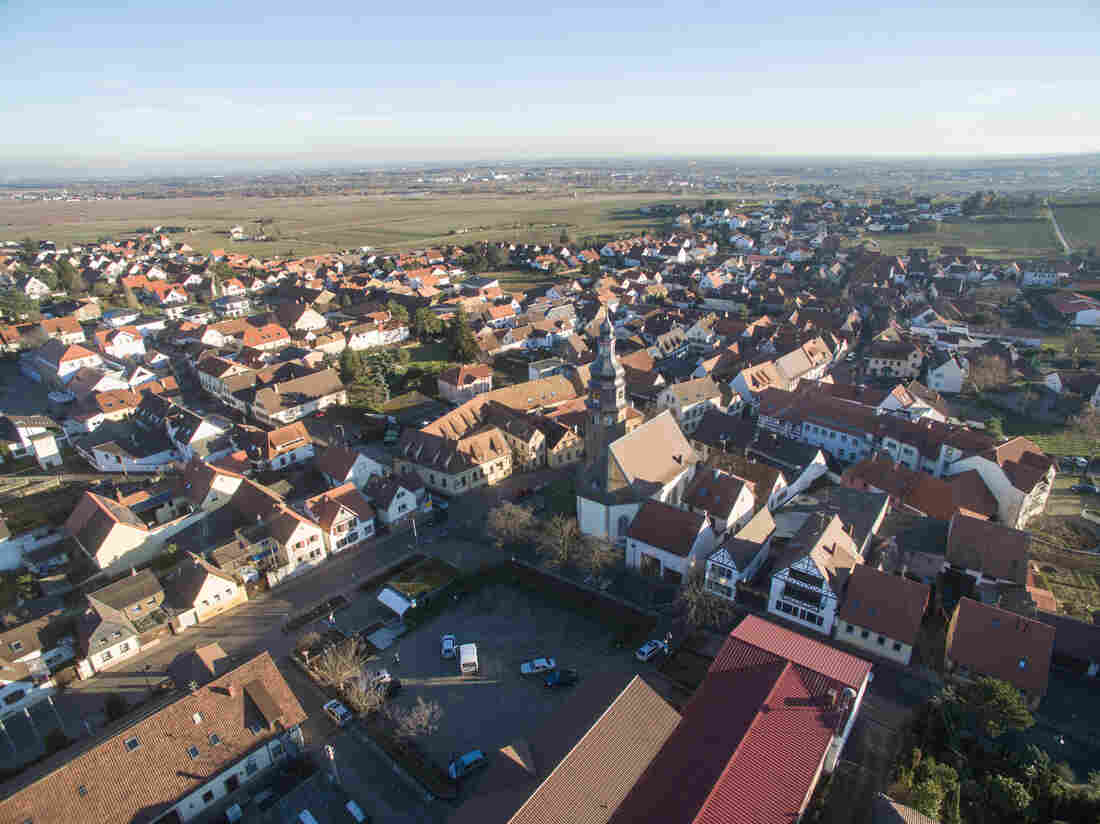 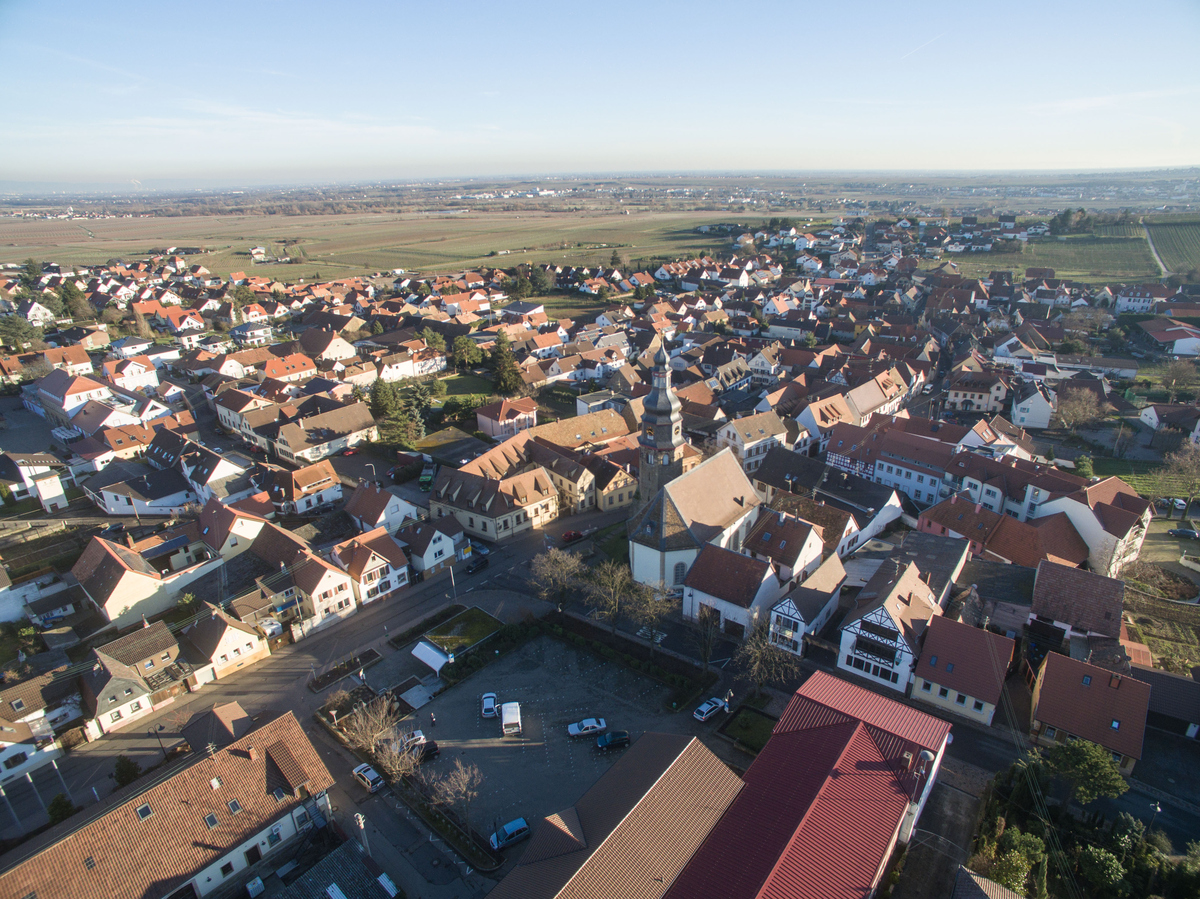 Donald Trump wrote in his 1987 book, The Art of the Deal, that his grandfather came from Sweden. These days, the Republican presidential hopeful and real estate mogul embraces different paternal roots.

The teetotaler's grandfather actually comes from a medieval wine-making village called Kallstadt, in the southwestern German state of Rhineland Palatinate. Like many Americans of German descent, the Trumps apparently stopped referring to their German heritage during the World Wars.

Trump brags about the grandfather he never knew in a 2014 German documentary called Kings of Kallstadt.

"My grandfather, Frederick Trump, came to the United States in 1885, he joined the great Gold Rush," Trump tells filmmaker Simone Wendel, as America's national anthem plays in the background. "He did fantastically well. He loved this country. But you know what? I love Kallstadt also." 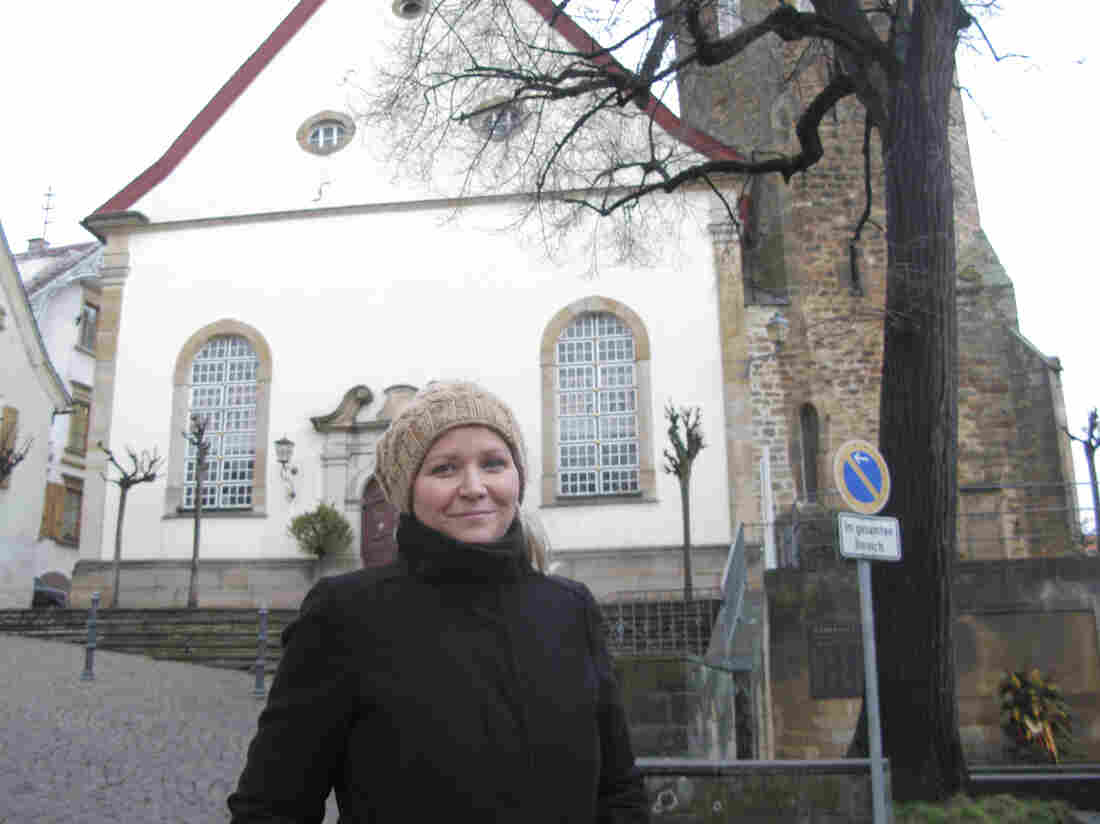 Simone Wendel, who made a documentary film on Donald Trump's family connection to Kallstadt, counts herself as a distant relative of the Republican presidential candidate. Soraya Sarhaddi Nelson/NPR hide caption

Local residents tell NPR that Frederick's name was originally Friedrich and he left Germany when he was 16, ostensibly to avoid the draft. He moved to the Yukon, where he opened a restaurant.

His broke customers often paid him in gold nuggets, Wendel says. "He'd send the nuggets to his sisters in New York and they kind of bought these properties."

She adds: "There are a lot of strong women in the family who did a lot, like Donald's grandmother."

His grandmother's name was Elisabeth Christ and her family lived across the street from the Trumps in Kallstadt. Several of the village's informal historians say she never wanted to live in the U.S., but didn't have a choice because her husband was denied a renewal of his German citizenship.

Donald Trump "knows his grandmother and of course, he told me she was a tough lady," Wendel says. "She didn't play games, that's the words" he used.

The filmmaker, who also comes from Kallstadt and counts herself as a distant relative of Trump, says she sees similar qualities in Elisabeth's grandson. "He's on time, he gets things done – some things that are quite Kallstadt- or German-like."

But in the village — which is teased by its neighbors for its tradition of bragging (the local youth group is called "The Braggarts") — residents aren't eager to talk to outsiders about their famous American connection.

One of the few who does is Martina Fuhrmann, 51. She calls Trump a "questionable personality" and says while he deserves credit for his business acumen, he comes across as an unsympathetic sort who doesn't appeal to her politically.

"It's not just about money and power," she says. "There are other things that count, too."

Some others in the village refuse to even talk about Trump's candidacy, including Wendel. She says Kallstadt residents prefer outsiders to ask them about other things the village is famous for — like the ice wine served at Queen Elizabeth's coronation or the stuffed sow's stomach that is a favorite of former German Chancellor Helmut Kohl.

When it comes to famous American connections, the villagers tend to relate more to another one – the Heinz family.

"Ketchup is also in bottles," Wendel says. "Somebody fills something in and sells it. It's like wine, it's a very, very similar product. So I guess it's a much easier for them to understand this way of earning money." 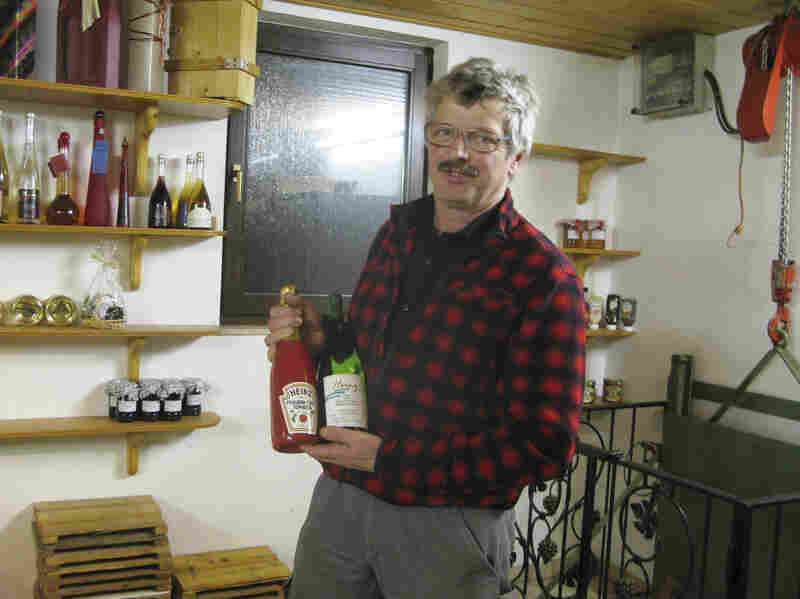 Guenter Heinz, a vintner and distant relative of the family that started the Heinz ketchup empire, keeps a tasting room full of bottles and T-shirts with the Heinz ketchup logo. Soraya Sarhaddi Nelson/NPR hide caption

Johann-Heinrich Heinz — the father of the H. J. Heinz company founder — immigrated to the United States around 1840, says Kallstadt volunteer fire chief and vintner Guenter Heinz. His tasting room is chock-full of bottles and T-shirts with the Heinz ketchup logo.

"I think the people back then had a little bit of an inventor's spirit," he says. "More than anything, they had courage, because not everyone would have been willing to go to Hamburg, get on a ship to America and start from scratch."

Like the Trumps — to whom Wendel says the Heinzes are distantly related — the German and American sides of the Heinz family lost contact for many decades.

Some of the Heinz clan, the immigrant's great-grandsons, have come to Kallstadt on holiday to reconnect with their roots and taste local wines, Guenter Heinz says. Environmentalist Andre Heinz, the son of late Republican Sen. John Heinz, visited in 2003.

"The trips rekindled the family's interest in our village," he says. "We needed a quarter-million euros [$281,112.50] and that was too much for our congregation."

So the Heinz family donated a fifth of it, he says. 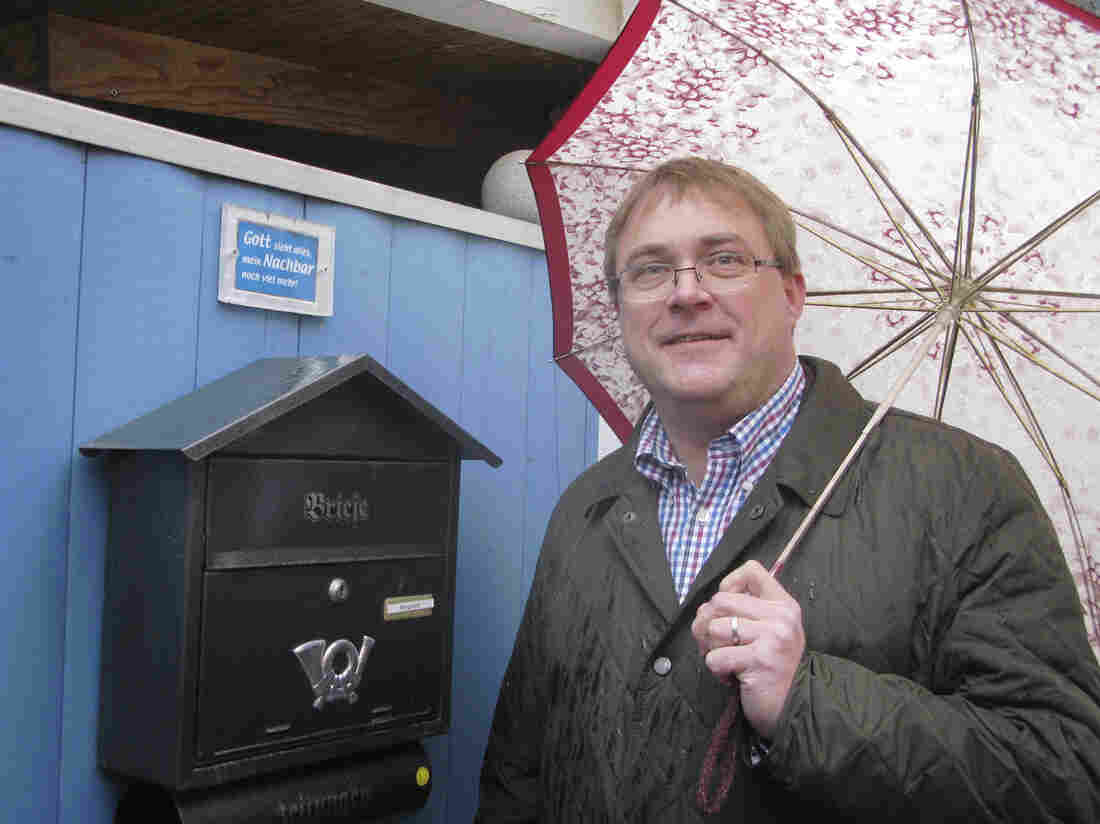 By comparison, Kallstadt has no obvious links to the Trumps. He has never visited, though Wendel says he told her he would. Mayor Thomas Jaworek says the ancestral home has been renovated and resold a number of times, and that the last Trump has moved away from Kallstadt.

The only thing left on the house from the Trump days is a little blue sign above the mailbox that says: "God sees everything, but my neighbor a lot more!"

"Till now, I think it's more the Heinz ketchup which makes us well known worldwide," Jaworek says. "But perhaps if Donald Trump becomes president, then it might change and the Trump family is then more important to Kallstadt."

The village's neighbors aren't waiting, however, to poke fun at its Trump connection.

On Tuesday, a nearby town's newspaper, Die Rheinphalz, superimposed an image of the Trump World tower onto a picture of the Kallstadt skyline.

The caption told readers, tongue in cheek, that a popular 100-wine festival would next be held on the 55th floor terrace of the new tower provided to Kallstadt, courtesy of Donald Trump.