Accessibility links
First U.S. Factory OK'd For Cuba Aims To Plow A Path Into 21st Century : Parallels Two businessmen — one of whom was born in Cuba — have been granted permission to build the first U.S. factory on the island nation since 1960. They plan to produce small tractors for Cuban farmers.

When President Obama travels to Cuba next month — the first visit by a sitting U.S. president in nearly 90 years — it will mark a historic step on the path to normalizing relations with the island nation.

While Obama is in Havana, two U.S. businessmen are hoping the president might spend some time with them — or even take a seat on a prototype of the tractor they plan to assemble and sell in Cuba.

Being Cuban, I said, 'This is the path to get Cuba into the 21st century.'

Horace Clemmons of Paint Rock, Ala., and Saul Berenthal of Raleigh, N.C., have just received approval by the Obama administration to build the first U.S. factory in Cuba since the 1960 embargo. They plan to make tractors for small farms and have given their model a name any Cuban will recognize: Oggun. That's the name of a deity in the Santeria religion, the god of metal.

As their business, Cleber LLC, gears up, they keep in mind some encouraging words they heard from a Cuban who visited their booth at a trade fair in Havana. He told them, "You guys are doing something for the forgotten people of Cuba."

Clemmons, 72, and Berenthal, 71, have been business partners for decades. They worked for IBM for many years and then started their own software companies. 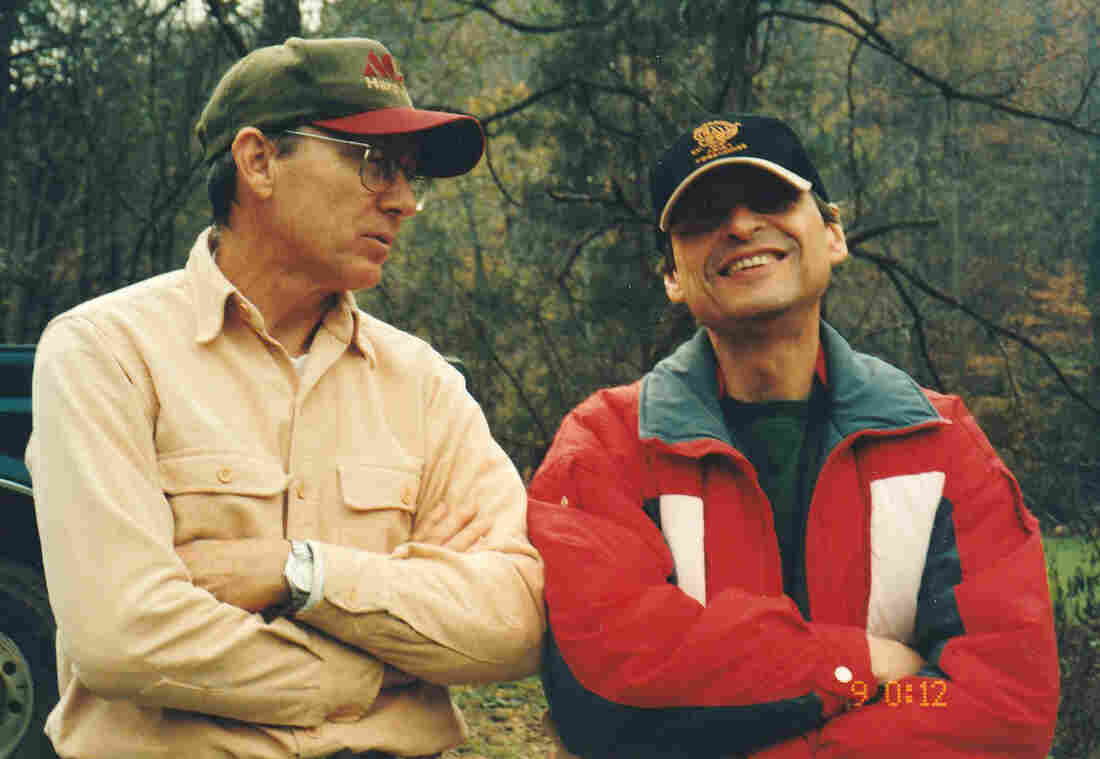 Shown here in the 1980s, Horace Clemmons (left) and Saul Berenthal have been business partners for decades. They are now pairing up to build the first U.S. factory in Cuba since the 1960 embargo. Courtesy of Horace Clemmons hide caption 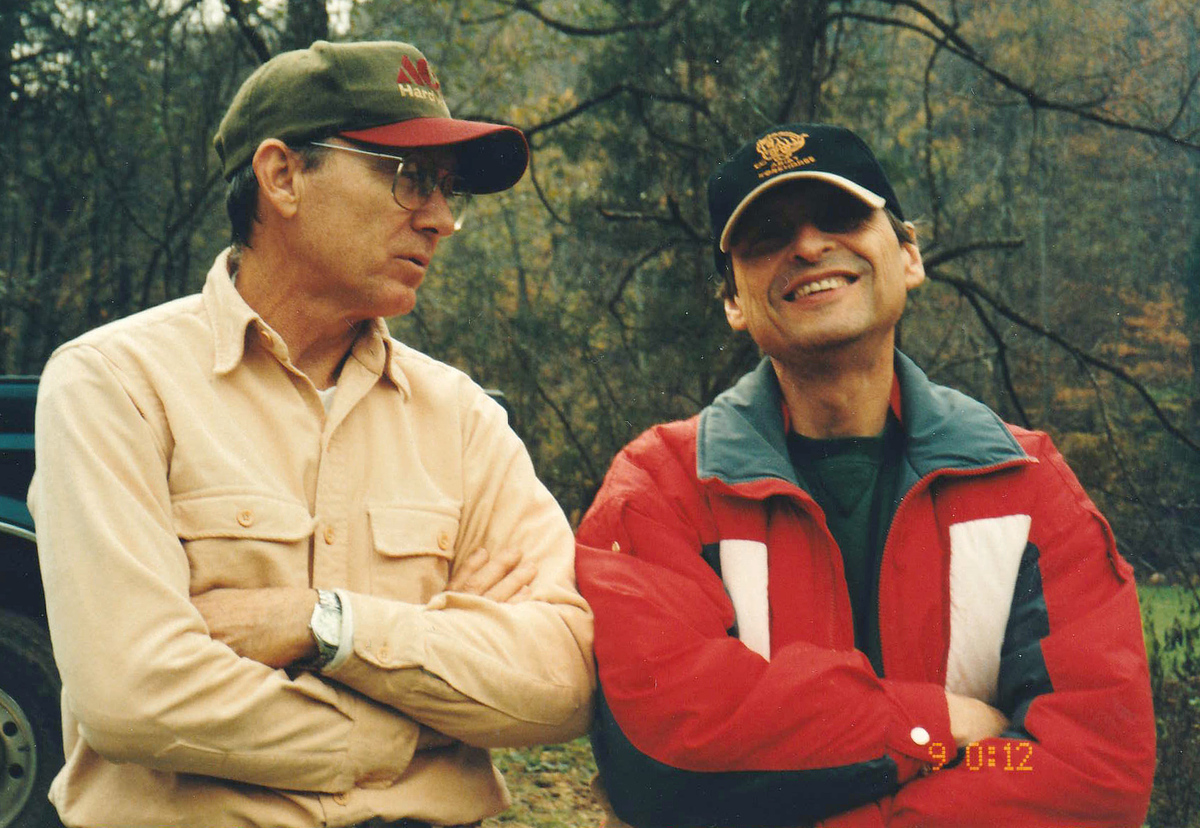 Shown here in the 1980s, Horace Clemmons (left) and Saul Berenthal have been business partners for decades. They are now pairing up to build the first U.S. factory in Cuba since the 1960 embargo.

Berenthal is Cuban-born, the son of Jews who fled Eastern Europe during the Holocaust. He and his family left Cuba for the United States in 1960, when he was 16.

"[I] came over to the U.S. after the revolution," he says proudly, "learned to be a capitalist and made the American dream."

When Berenthal first heard the news about the diplomatic opening to Cuba, announced in December 2014, he recalls, "Being Cuban, I said, 'This is the path to get Cuba into the 21st century.' " 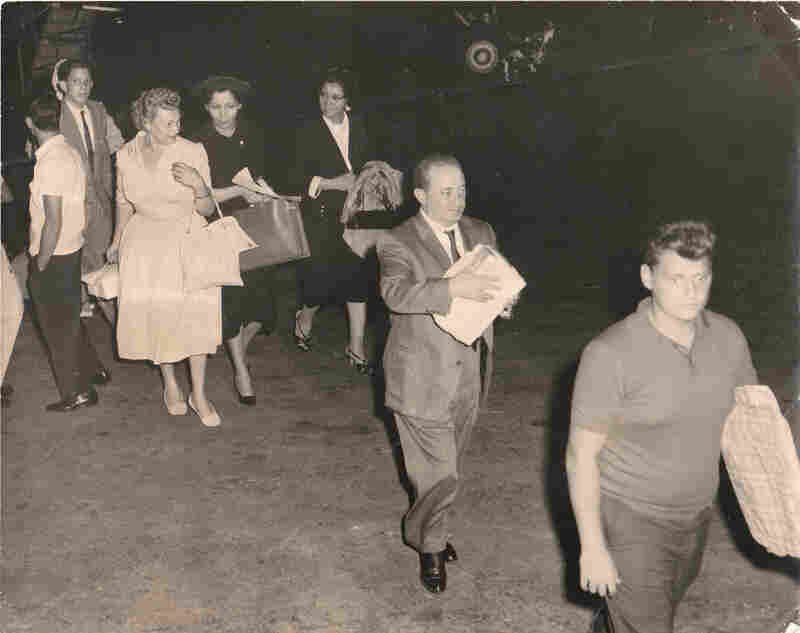 Saul Berenthal (far right) and his father (center) upon arrival in Miami from Cuba in 1960. They are carrying Cuban cigars. Courtesy of Saul Berenthal hide caption

And when the U.S. loosened some trade restrictions on agriculture, Berenthal and Clemmons saw their opportunity. Clemmons grew up in rural Alabama and knows his way around a family farm.

"My grandfather farmed 40 acres with two mules and eight kids, and I often say, the kids did more work than the mules," he jokes. "I have drug an 8-foot cotton sack down the row pickin' cotton by hand. I have walked behind mules to farm."

The partners have seen farmers in Cuba struggling to till their land with shovels and hoes, or livestock. They know that Cuba needs food; the country has to import more than 70 percent of what it consumes. They figure as tourism expands in Cuba, the demand for locally produced food will only be greater.

With parts manufactured in Alabama, they will assemble the Oggun tractor at the port of Mariel, in the new special development zone there.

The Oggun is small, like a jacked-up go-kart, with the engine mounted behind. If it looks old-school, that's because it is. It's based on the old Allis-Chalmers Model G tractor, which was revolutionary when it was introduced, back in the 1940s. It was discontinued in 1955 when many U.S. farms outgrew its size.

Berenthal admits that he and Clemmons did hear skepticism about their plan to bring a 60-year-old tractor design to Cuba:

"One of the comments that was made to me was, 'Do you think people in Cuba are going to fall for this old American trick of bringing an old technology here and selling it and making money on it?' "

To that, they respond that they've updated the engineering, putting new technology in that old frame. The tractor will be easy to assemble and, with an open source manufacturing model, will be easy to fix and maintain.

Clemmons says their "make it live longer" model sets them apart from other equipment companies that use patented, proprietary components.

"[The other companies'] business model is, plan for obsolescence: build a new, better widget and make 'em buy the new, better widget," he says. By putting their Oggun design in the public domain, "We're just going completely opposite from that." 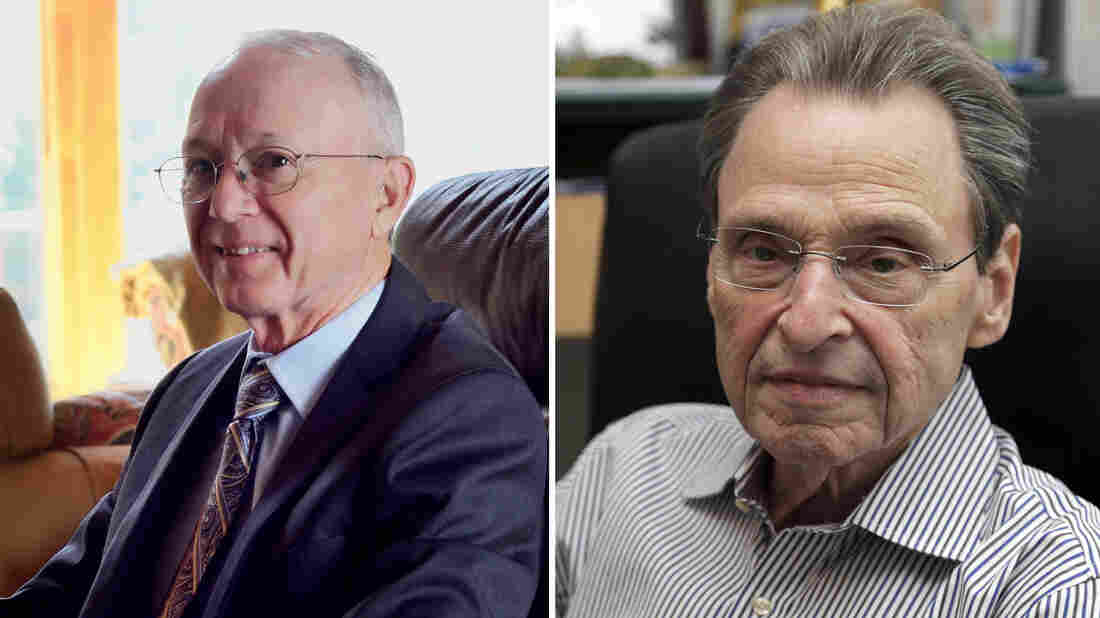 The partners will invest about $5 million to get their factory built and into production. They hope to start assembling tractors in the first quarter of 2017. They expect to build some 100 tractors a year to start, and ramp up to a thousand, not just for Cuba, but also for export to other countries in Latin America.

The tractors will sell for about $8,000 to $10,000: a steep price for a small farmer in Cuba. Clemmons and Berenthal expect that Cuban relatives overseas will help chip in. They say the Cuban government may help with loans. They've also had inquiries from tourist resorts expressing interest in buying tractors so that farmers can supply more food for their guests.

It's possible that the next U.S. president could undo the Obama administration's moves and reverse normalization to Cuba, putting their tractor business in peril. Berenthal and Clemmons shrug that prospect off. "We don't let fear get in the way of what is possible," Clemmons says.