Accessibility links
As Migrants Flow In, Sweden Begins To Rethink Its Open-Door Policy : Parallels Sweden has taken in more asylum seekers per capita than any other European country — including 35,000 unaccompanied minors in 2015. But not everyone in Sweden wants to keep the doors open. 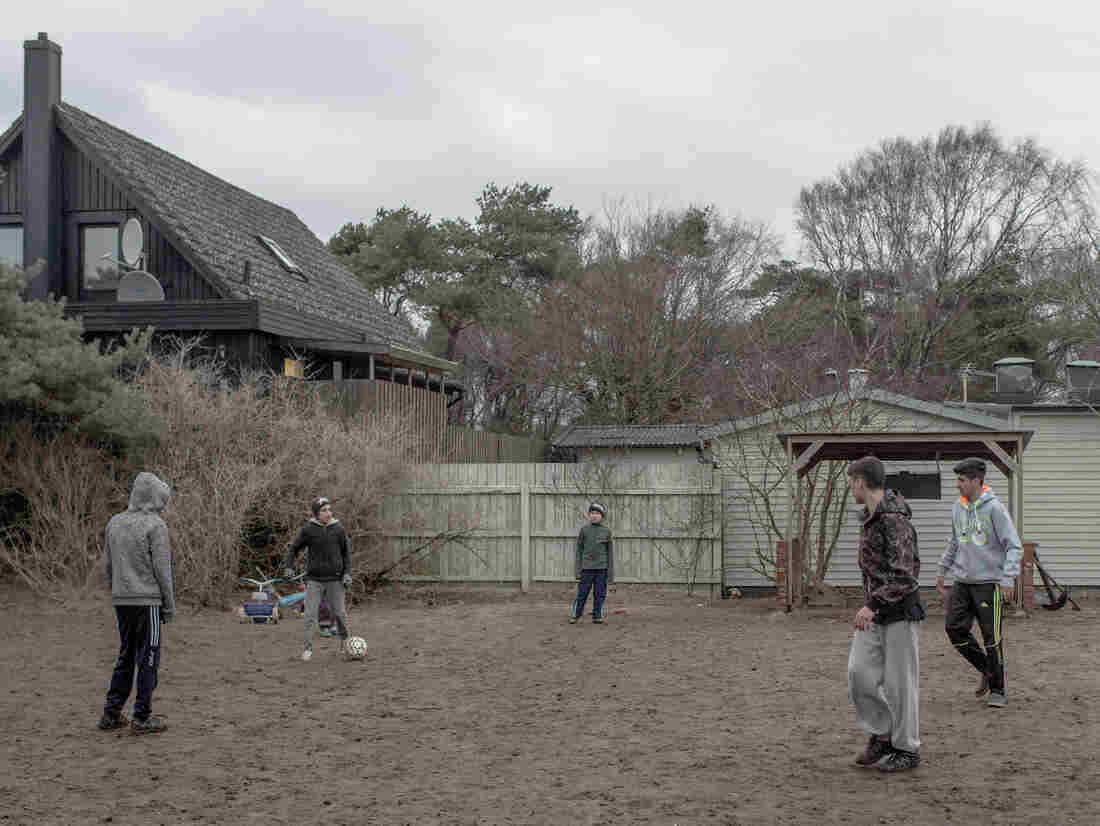 Asylum seekers from Afghanistan play football Feb. 7 in a resort in Halmstad, Sweden, where they are living temporarily. Sweden took in 163,000 migrants in 2015. Resistance to migrants is beginning to grow among some Swedes. David Ramos/Getty Images hide caption 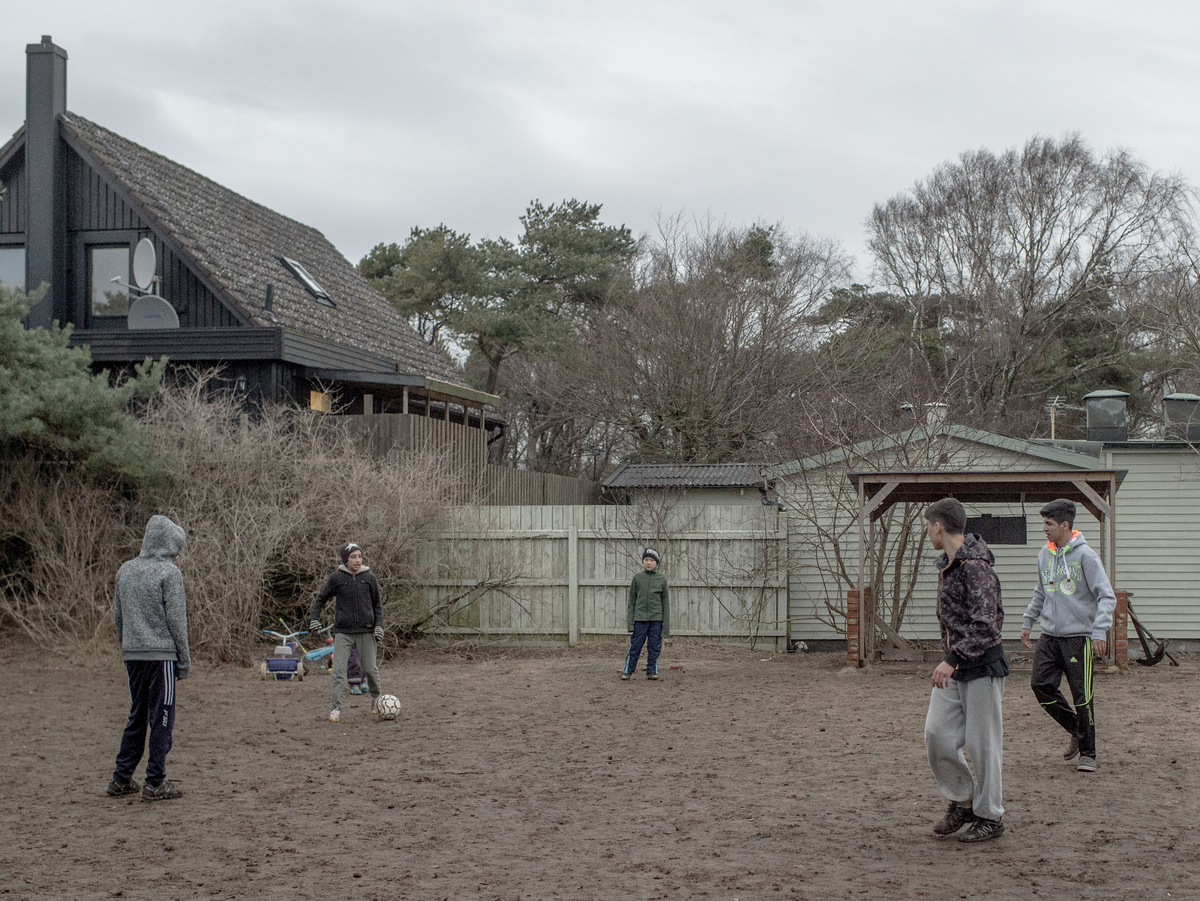 Asylum seekers from Afghanistan play football Feb. 7 in a resort in Halmstad, Sweden, where they are living temporarily. Sweden took in 163,000 migrants in 2015. Resistance to migrants is beginning to grow among some Swedes.

Anna Pfeifer unlocks a door to one of the apartments for unaccompanied minors in the town of Ronneby, in southern Sweden. She says there are 50 kids at this complex, all between the ages of 15 and 18. They come from countries across Africa and the Middle East — mostly boys, and a handful of girls.

They can stay in this protected environment until they are 21, Pfeifer says. Staff members are on hand to help 24 hours a day. Many of the kids have endured traumatic trips. They can talk about it with a psychologist if they want, but she says the staff doesn't question the youngsters about what they went through.

"We are working with them from now and the future," says Pfeifer. "That's the important thing: What do you want in the future?"

Sweden has been accepting about 400 unaccompanied minors a year since 2004, says Sophia Ohvall Lindberg of the Swedish Migration Agency. "But," she adds, "I must say we weren't ready for 35,000."

In Ronneby, Pfeifer says these kids have risked a lot and show great determination. 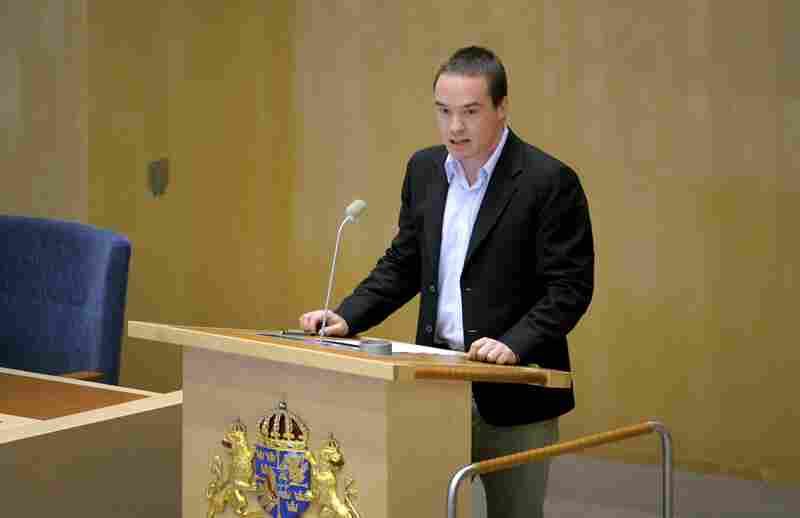 Kent Ekeroth, a politician with the nationalist Sweden Democrats party, shown here in 2011, believes many asylum seekers who claim to be minors are actually much older. He is calling for medical tests to confirm the ages of young migrants. Janerik Henriksson/AFP/Getty Images hide caption 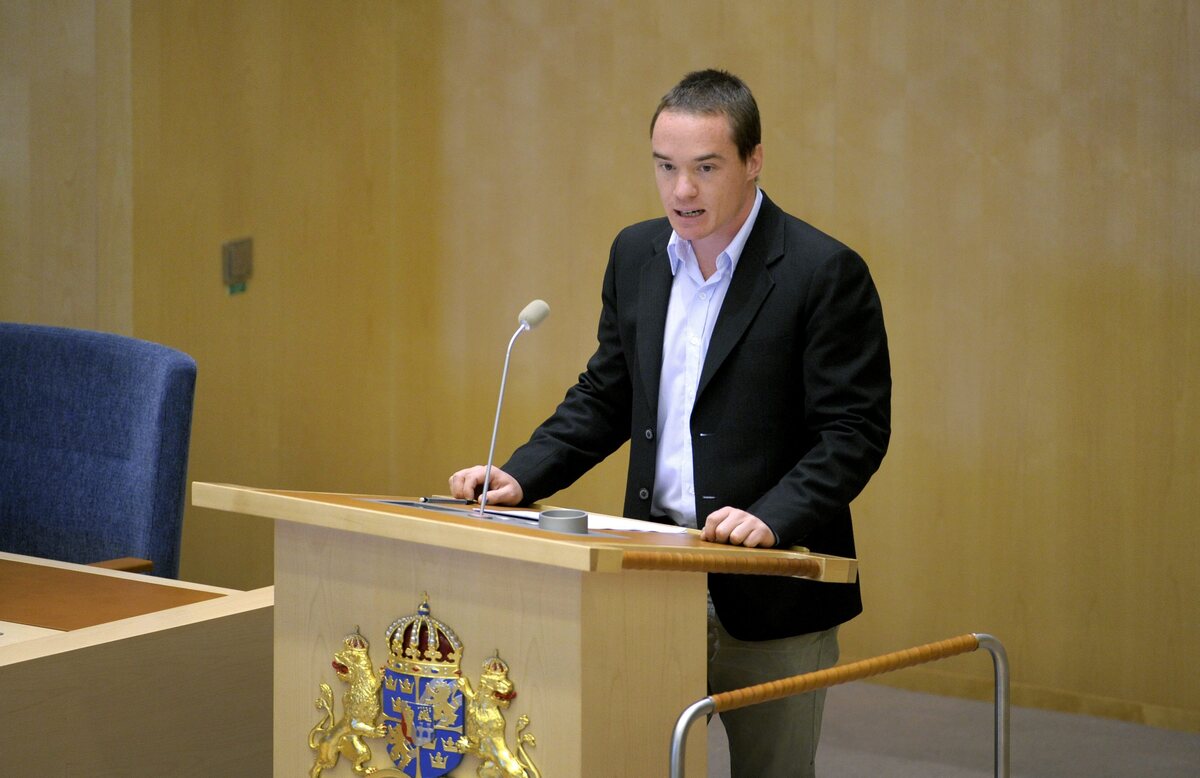 Kent Ekeroth, a politician with the nationalist Sweden Democrats party, shown here in 2011, believes many asylum seekers who claim to be minors are actually much older. He is calling for medical tests to confirm the ages of young migrants.

Sayd, 18 and from Afghanistan, traveled alone to Sweden after becoming separated from his family in Turkey. His last name is being withheld to protect his privacy. Sayd says he wasn't able to go to school back home.

"I love Sweden because I will be able to study," he says. "There's really nothing I don't like about Sweden. I even love the weather!"

At Stockholm University, researcher Aycan Celikaksoy is following the progress of unaccompanied young asylum seekers who've been coming to Sweden for more than a decade.

"Sometimes the whole traveling process without their families takes several years," she says. "The kids have to work in transit countries to be able to pay smugglers. So it's not only [their] arrival age that's important — but of course, at what age these children have been left alone and how long they've been fleeing their countries."

Ohvall Lindberg says the huge number of arrivals has put pressure on the system, but Sweden still strives to do what's best for the children. They attend special language classes to prepare them for education in Sweden. Every unaccompanied minor is assigned a legal guardian who manages the child's monthly stipend from the government and makes sure he or she is in school and receiving proper care. Ohvall Lindberg says there has been a shortage of people to serve as legal guardians.

This year, Sweden passed a law saying that every municipality must accommodate its share of migrants. This country of 10 million took in 163,000 asylum seekers in 2015 alone, most from Iraq, Syria and Afghanistan. That would be the equivalent of the U.S. opening its doors to 5 million asylum seekers.

But many Swedes appear to be rethinking the country's decades-long open-door policy for refugees. Some polls late last year showed Sweden's anti-immigration party, the Sweden Democrats, with growing support.

Migrants under age 18 get special consideration when they apply for asylum in Sweden. But Kent Ekeroth, a Sweden Democratic member of parliament, believes many who claim to be minors are actually much older. He is calling for medical tests to confirm the actual ages.

Denmark and Norway already carry out tests to measure bone density and estimate age. But the Swedish medical community has called them unreliable and unethical. Meanwhile, Ekeroth complains that Sweden now spends more to support migrants than it does to help Swedes.

"Our own population, our own elderly people who've been working 40, 50 years, who grew up here, they have to pay a lot more," says Ekeroth. "So now we're discriminating against Swedes for the benefit of immigrants who have no respect for our country."

Swedish officials say the country has successfully integrated previous waves of immigrants. A recent Stockholm University study shows unaccompanied minors who arrived in past years have generally been successful in finding jobs in the Swedish economy.

The Swedish migration agency's Ohvall Lindberg believes today's unaccompanied youths could be an asset for Sweden.

"We need to understand that the children are going to be with us in the system for three, four years, and if we work very well with them during that time, then they are a resource for our country," she says. "Because Sweden is going to need more people."