Accessibility links
Morocco, Long A Stopover For African Migrants, Becomes A Destination : Parallels Morocco has done something extremely rare for the Arab world — granted legal status to many African migrants. But the migrants still face discrimination and steep cultural barriers. 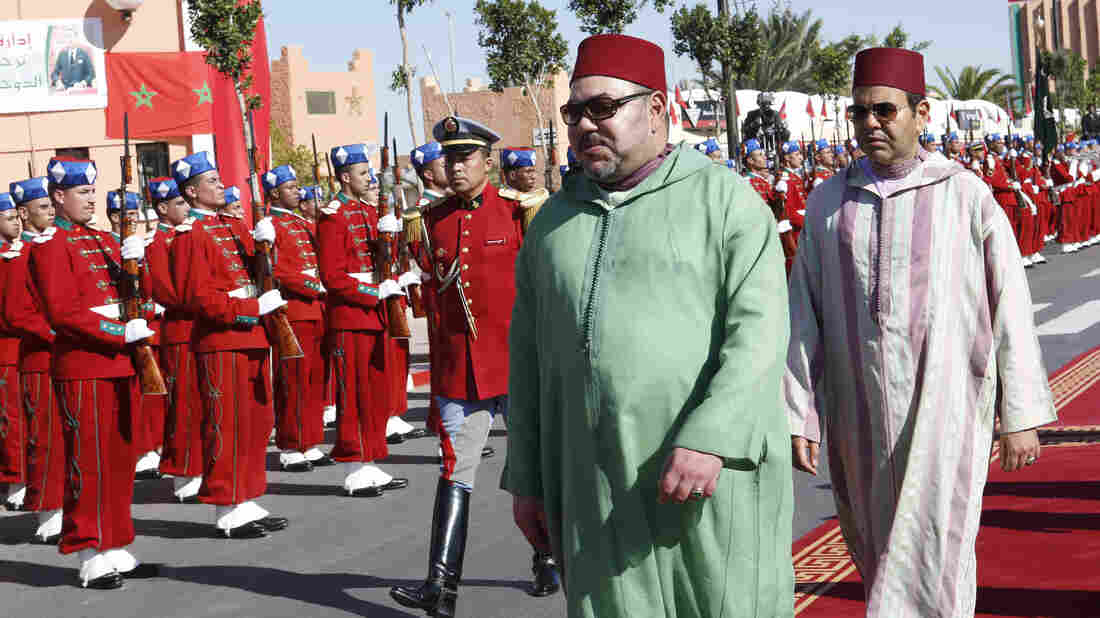 Morocco's King Mohammed VI, shown here in November 2015, introduced changes two years ago that have allowed more than 20,000 sub-Saharan Africans to settle in the country. Such a policy is extremely rare in the Arab world. Abdeljalil Bounhar/AP hide caption 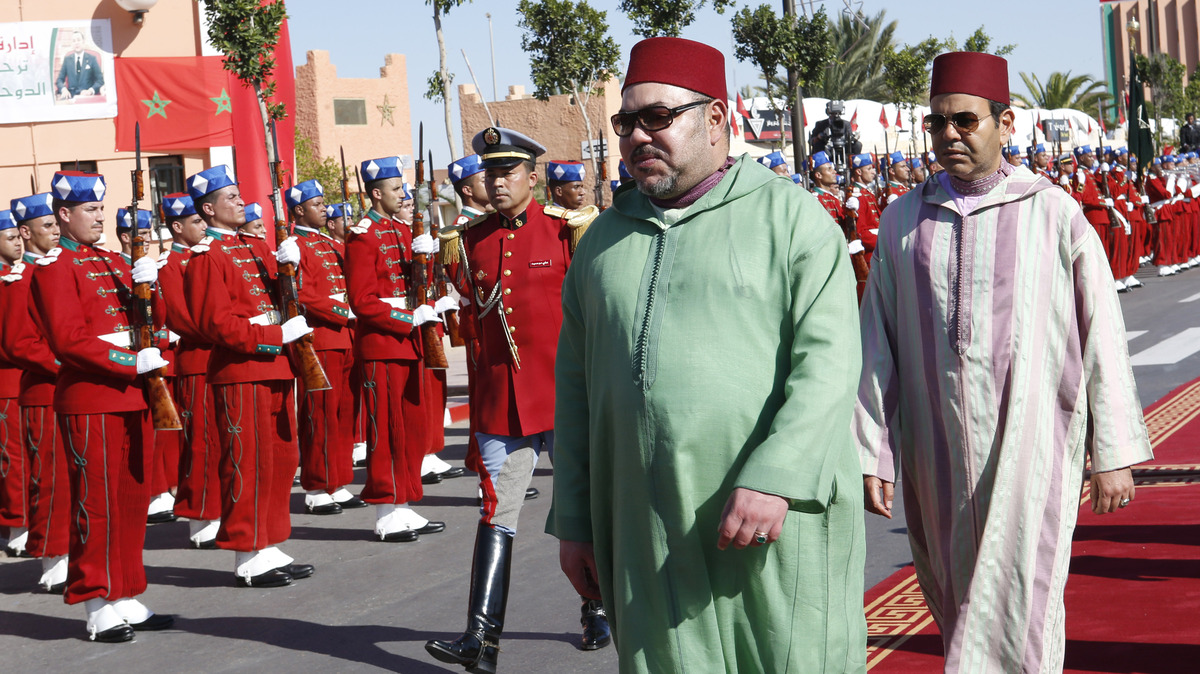 Morocco's King Mohammed VI, shown here in November 2015, introduced changes two years ago that have allowed more than 20,000 sub-Saharan Africans to settle in the country. Such a policy is extremely rare in the Arab world.

Constantin Ibanda Mola unlocks the door to his small, two-bedroom apartment in a poor suburb of Rabat, Morocco.

Mola was an economist in his home country, the Democratic Republic of Congo. But as a migrant in Morocco who makes just over $300 a month, this apartment is a luxury. He shows me the tiny kitchen, the little balcony that opens near the sink and his bedroom.

Mola has had a tough journey, like so many people searching for a better life in a foreign country. Six years ago he came here from Congo, which is consumed with instability and poverty. He dreamed of a new life in Europe. But his attempts to sneak into Europe on a fake passport landed him in jail. When he got out he began doing construction work because he needed the money.

"It was not easy for me because it's the first time to go to construction. I'm an economist," said Mola, who has now found a job for an aid group that helps other migrants.

He decided to settle in Morocco, but it has been hard. He was undocumented and vulnerable to arrests and abuse by police. He was often cheated out of his meager salary. And he slept in a tiny room with four other people because it was all he could afford.

He's free, he says, because things have changed. He's now a legal resident of Morocco. He's one of the lucky ones — among the more than 20,000 people given legal status in Morocco in a limited process in 2014 that was completed last year. There are thousands more who didn't receive documentation.

Mola treats his residency card with care, keeping it tucked inside the back cover of his new passport.

"This is very, very important," he says. "Before I was nothing. But now I got my identity, my true identity." 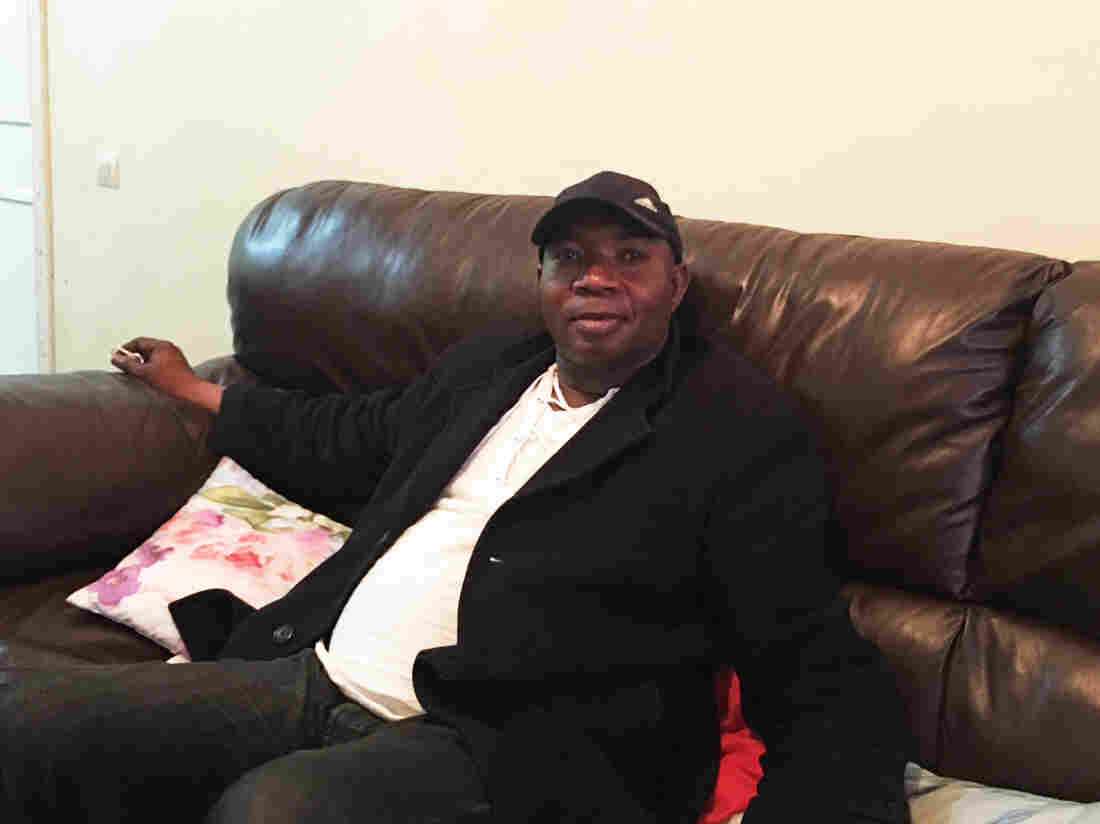 Constantin Ibanda Mola, from the Democratic Republic of Congo, wanted to immigrate to Europe. He was stopped and jailed, and now lives in Morocco, where he has been granted legal status. He says life has been difficult, but he plans to settle in the country. Leila Fadel/NPR hide caption 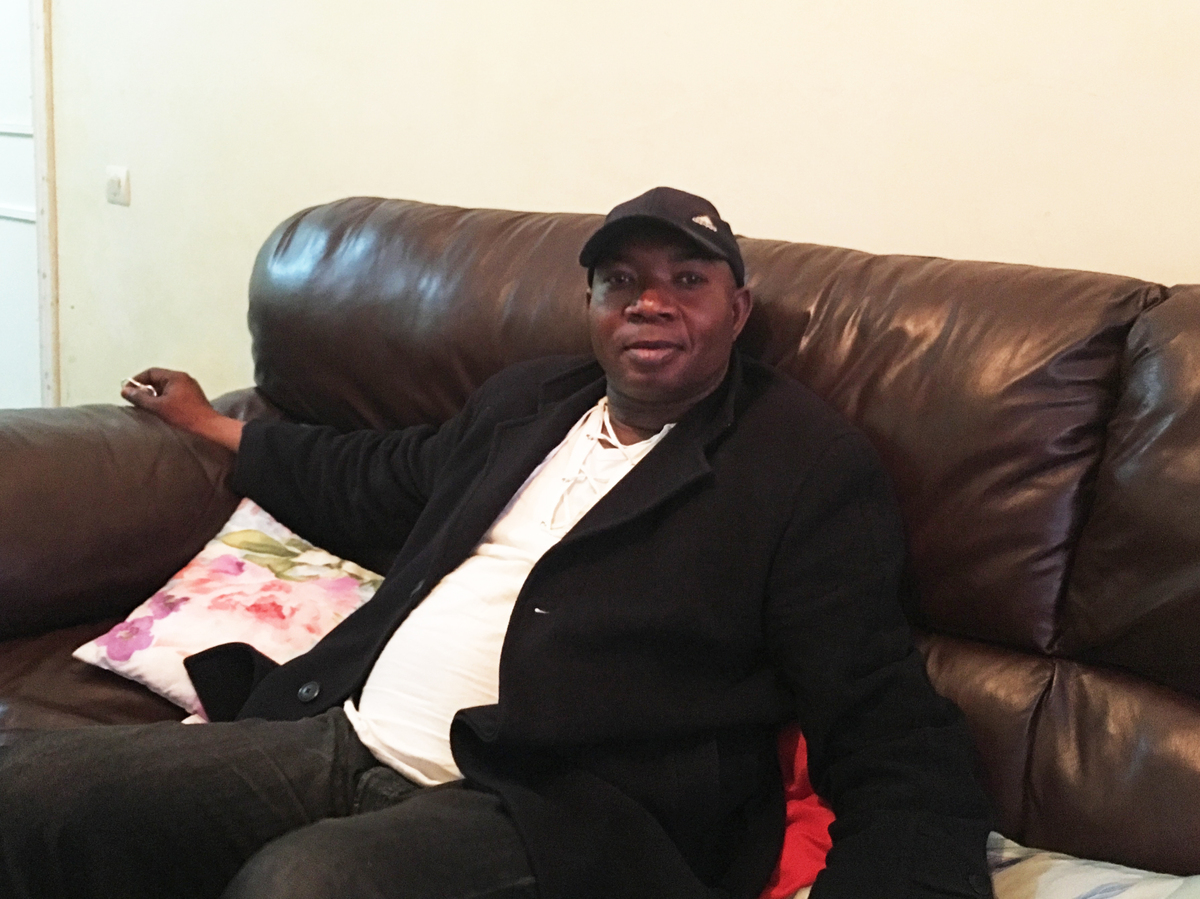 Constantin Ibanda Mola, from the Democratic Republic of Congo, wanted to immigrate to Europe. He was stopped and jailed, and now lives in Morocco, where he has been granted legal status. He says life has been difficult, but he plans to settle in the country.

In the Arab world, this new migration policy is extremely rare. Morocco's King Mohammed VI announced the reforms in 2013 following outrage over two West Africans who fell to their deaths after a police chase.

Morocco's government spokesman says this country, long a stop for migrants on a path to Europe, is now a destination.

"It was the initiative of his majesty," said Minister of Communications Mustapha El Khalfi. "At the same time, the Justice Ministry is open to investigate any abuse related to the immigrants. It's something related to human dignity."

But even with documentation, life in Morocco for black Africans is incredibly hard.

"They are faced with big big problems," says Hicham Arroud, a Moroccan who advocates for black African migrants. "The Moroccan society doesn't accept them, because we are not used to seeing black people living with us."

Arroud says Morocco is a largely homogeneous society. Police are accused of mass arrests and abuse when it comes to black migrants. Landlords won't rent to them; employers won't hire them. Arroud says that in some cities in northern Morocco, if you are black and walking on the street, police will arrest you whether you have documentation or not.

By way of contrast, he compares them to the Syrians who are more recent arrivals and are in Morocco in smaller numbers.

"The Syrians don't have the same problems," he said. "The people accept them easily because they're the same culture, same language, same religion. But it's not the case for sub-Saharan migrants at all."

He says even the simple act of getting married is difficult for Christian migrants. There's no legal way to do it, because Morocco has only Muslim and Jewish communities. So Arroud's Foundation Orient Occident tries to help people integrate.

Outside the office, refugees and migrants mingle in a courtyard. They sit on brightly painted chairs made from tires. A few play checkers. Women sell food from sub-Saharan African countries.

When I ask people about life in Rabat, the answer is always the same: very difficult.

Bonacche Nonga of Cameroon comes to the foundation for language training and to hang out with friends. He says inside the foundation's courtyard he feels safe. So I ask if that means it's unsafe outside, in the rest of the city.

He seems afraid to answer. He looks down, gestures to the courtyard and says simply, "We feel safe here."