Accessibility links
Who Owns The South China Sea? : Parallels China's aggressive moves in the South China Sea have angered neighbors and the U.S. Some Chinese back their government on this nationalistic issue, but their answers are surprisingly mixed. 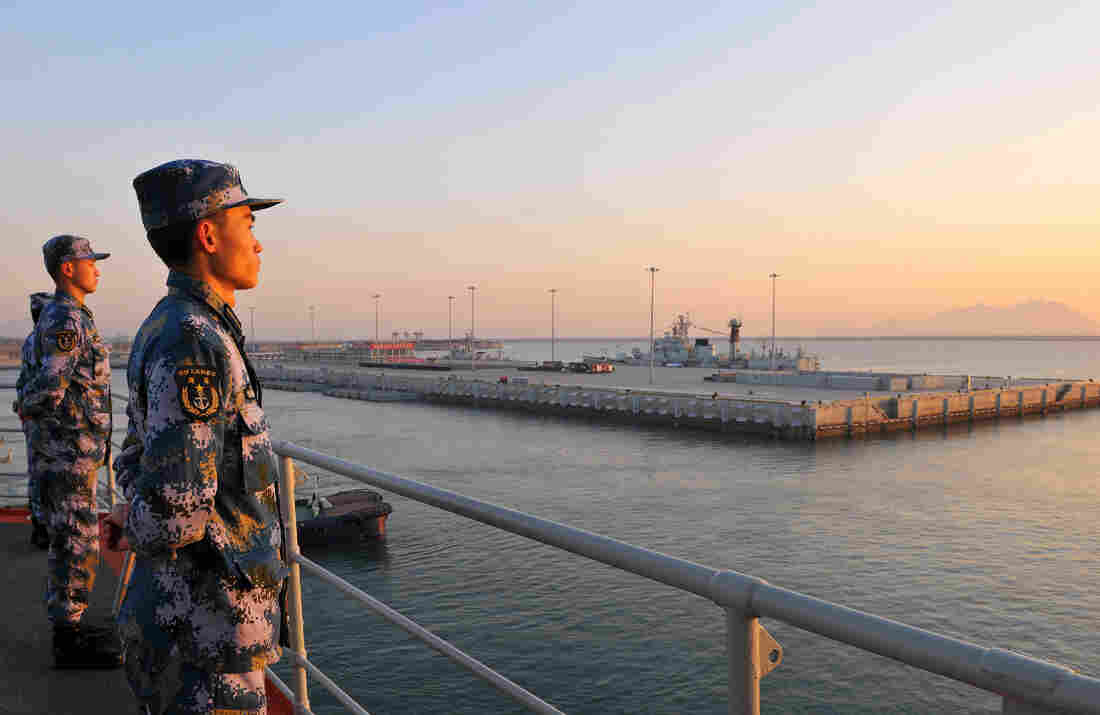 Members of the Chinese navy stand guard on China's first aircraft carrier, Liaoning, in 2013. Tensions in the South China Sea have grown over territorial disputes between China, the Philippines, Japan, Vietnam and others. Reuters/China Stringer Network/Landov hide caption 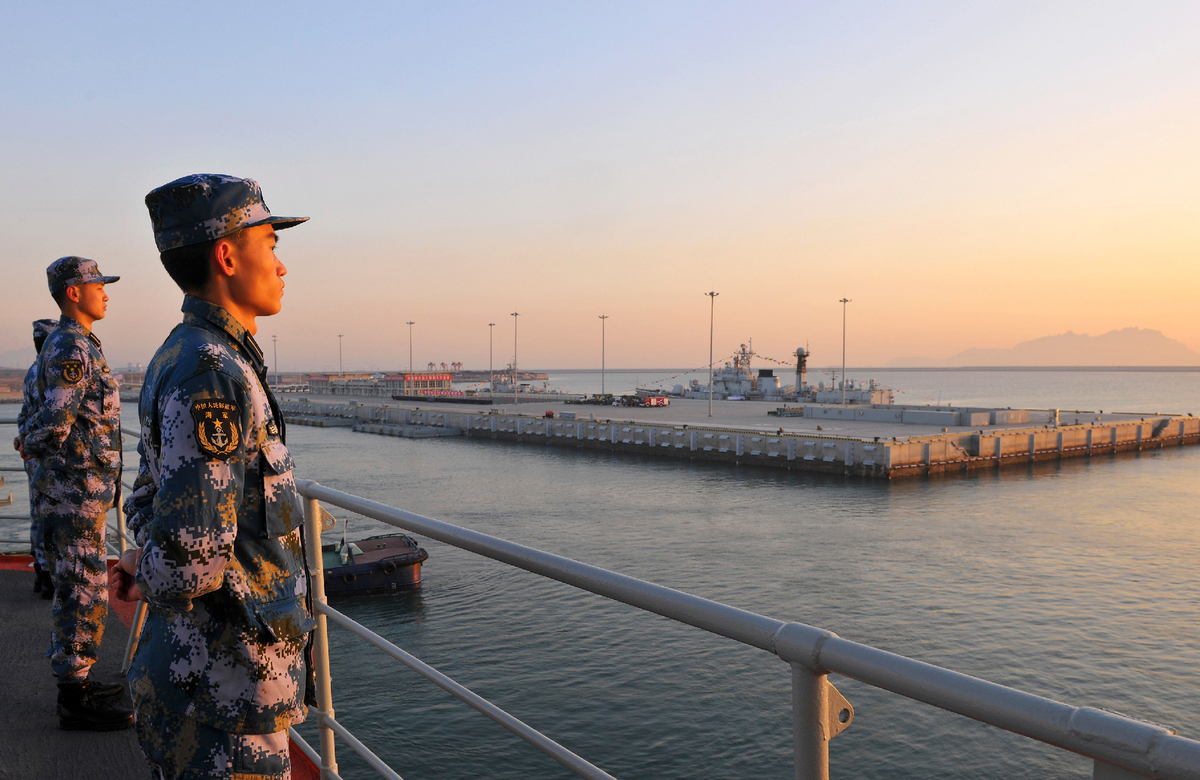 Members of the Chinese navy stand guard on China's first aircraft carrier, Liaoning, in 2013. Tensions in the South China Sea have grown over territorial disputes between China, the Philippines, Japan, Vietnam and others.

The retired ink factory worker says he is glad to see China challenging foreign powers, including the United States, over control of the strategic waterway.

"All the Chinese people have now stood up!" says Ma, 66, quoting the famous words of Chairman Mao Zedong when he announced the founding of the People's Republic of China in 1949.

"When all is said and done, everybody knows who these islands belong to," Ma continues, polishing off a dinner of meatballs, rice and greens in Shanghai. "They belong to China."

Some analysts see nationalistic sentiment like Ma's as fertile ground for Chinese leaders. A recent report by the Council on Foreign Relations warned that as China's economic growth continues to ebb, President Xi Jinping may stoke nationalism to distract citizens from the country's myriad problems.

"China's foreign policy may well be driven increasingly by the risk of domestic political instability," said the report, written by Kurt M. Campbell, former assistant U.S. secretary of state for East Asian and Pacific affairs and Robert D. Blackwill, deputy national security adviser for strategic planning under President George W. Bush. "Xi will most probably stimulate and intensify Chinese nationalism ... to compensate for the political harm of a slower economy."

China is communist in name only. The government can no longer rally the nation of more than 1.3 billion people around ideology, so it long ago turned to nationalism to help provide a sort of societal glue.

After the 1989 Tiananmen massacre, the government refreshed a patriotic education campaign to develop more support for the Communist Party.

Teachers emphasized what the Chinese call "The Century of Humiliation" — roughly 1842 to 1949 — when China lost wars, was invaded and ceded territory to imperial powers.

Schoolchildren here are exposed to a map of China with a nine-dash line encompassing most of the South China Sea. Although the government has never fully defined that line, the implication is that China sees everything inside, including the islands, as its own. China says it wasn't able to enforce its claims to islands in the South China Sea earlier because it was too weak militarily.

"Regardless of whether it's true or not, the government says since ancient times these islands have been part of our territory," says Qin, 24. "I feel if other people aggressively occupied these places, it would damage our national pride."

But all that patriotic education and the Chinese state media's steady drumbeat on the issue have not convinced everyone here that the South China Sea even matters. Many people on campus seem to have tuned out the government's message.

"I am not paying attention," says Wang, a neuroscience grad student, who is sitting on a bench behind a giant statue of Mao. Wang says he sees the state media reports, but forgets them immediately. The South China Sea, more than 1,300 miles from Shanghai, has no resonance.

"It doesn't really affect you," says Wang, who refuses to give his full name because of the political sensitivities surrounding the issue. "You pay more attention to the price of eggs, the price of a meal, how much an apartment costs."

Some Chinese even oppose the government's policy. Li Yougen, a retired factory worker, says claiming most of the South China Sea and building artificial islands, as China has, is unreasonable.

"I think it's unfair," he says. "You can't simply say since ancient times it's been ours. You need to tell ordinary Chinese how it became ours. I think it ought to be resolved through diplomacy. Otherwise, it will be the law of the jungle."

An international court in The Hague is expected to rule soon on whether China's claims are excessive, but Beijing has boycotted the proceedings.

Several years ago, a Chinese firm did a rare public survey on the South China Sea. Fifty-seven percent supported compromise through negotiation. In addition, young people were cautious about aggressively pressing China's case with other countries that also claim South China Sea islands, such as the Philippines and Vietnam.

Andrew Chubb, a doctoral candidate at the University of Western Australia who studies Chinese public opinion on the issue, says the results run counter to the sort of nationalistic vitriol that tends to dominate the online conversation here and raise fears in the West.

"There is a sort of a silent majority in China that really doesn't have any time for the idea of a war in the South China Sea," says Chubb.

Cheng Li, who studies Chinese politics at the Brookings Institution, says Chinese leaders don't want war either, in part because China's military is still not advanced enough to win one. Nor does Li think military conflict would find much public support given that most Chinese are focused on domestic issues.