Accessibility links
For Journalists In Russia, 'No One Really Knows What Is Allowed' : Parallels Media companies in Russia aren't sure how far they can go without risking government reprisals. But even in such an uncertain climate, many independent news outlets have resisted censoring themselves. 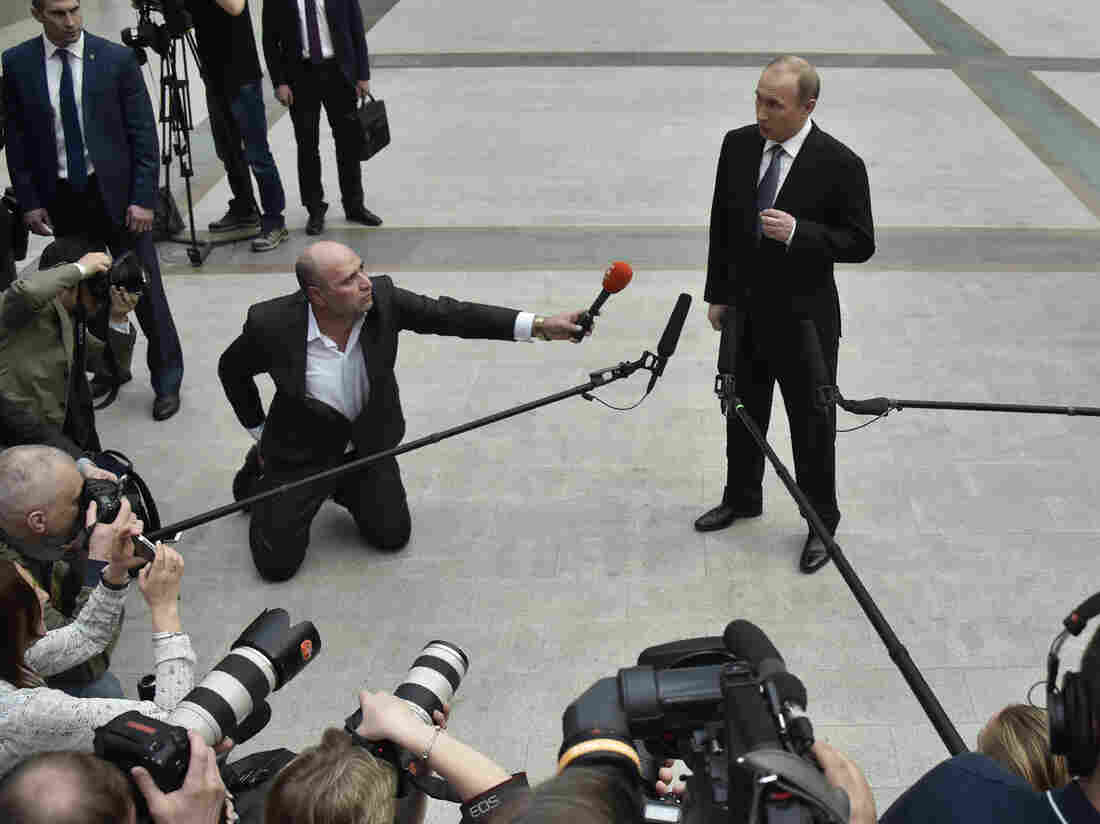 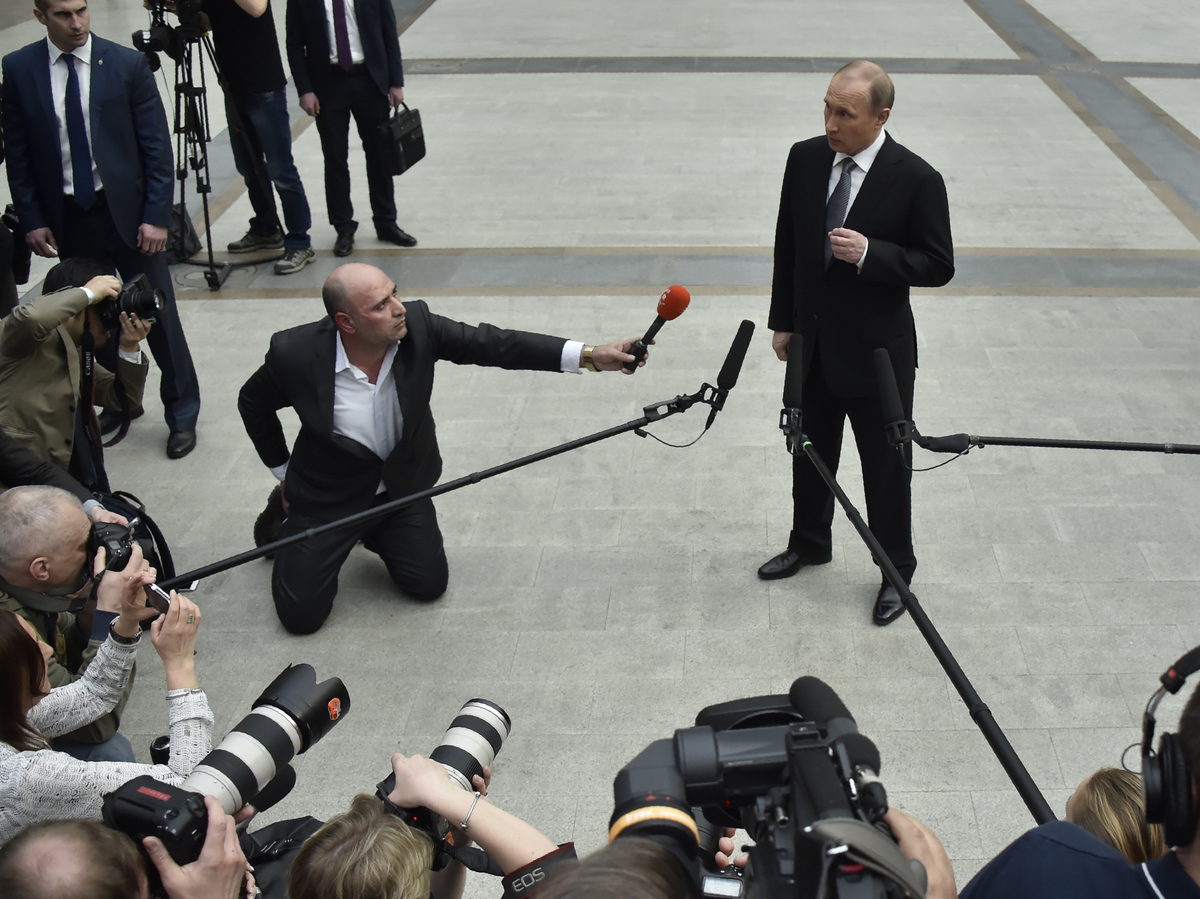 Russian President Vladimir Putin speaks with members of the press after his annual call-in show in Moscow on April 14.

An independent Russian newspaper has come under fire after it published stories about the business interests of President Vladimir Putin's family and friends.

The Kremlin insists that it's not applying pressure on any media, but observers say there's a climate where journalists don't know how far they can go without risking reprisals from the government.

The Russian newspaper is part of a business media group called RBC, which also owns a TV channel and maintains online interests. It belongs to the billionaire businessman Mikhail Prokhorov, best known in the United States as the owner of the Brooklyn Nets basketball team.

The media group's TV station and its paper have a reputation for independent reporting, says Maria Lipman, an independent political analyst based in Moscow who is affiliated with George Washington University.

"It's an outlet that publishes analysis and most importantly, investigations," she says. "It has done investigative reporting in the past couple of years, some of it on very sensitive subjects." 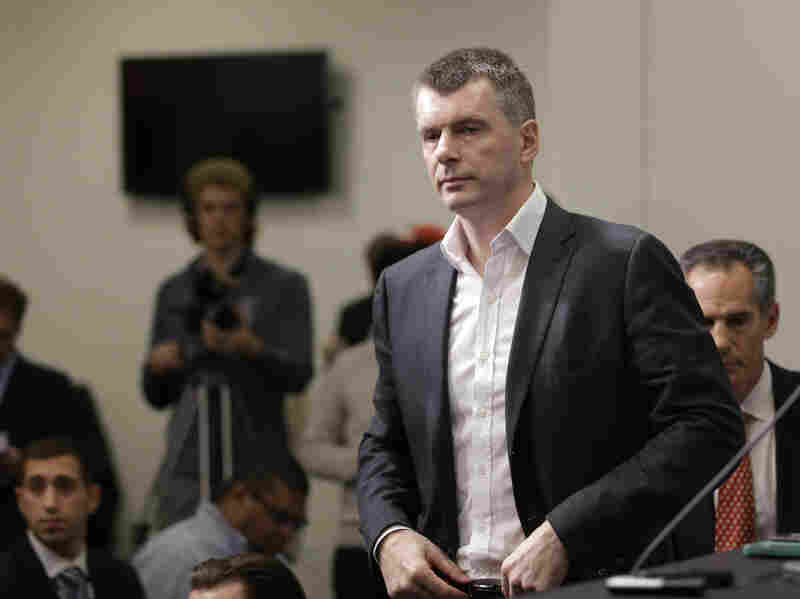 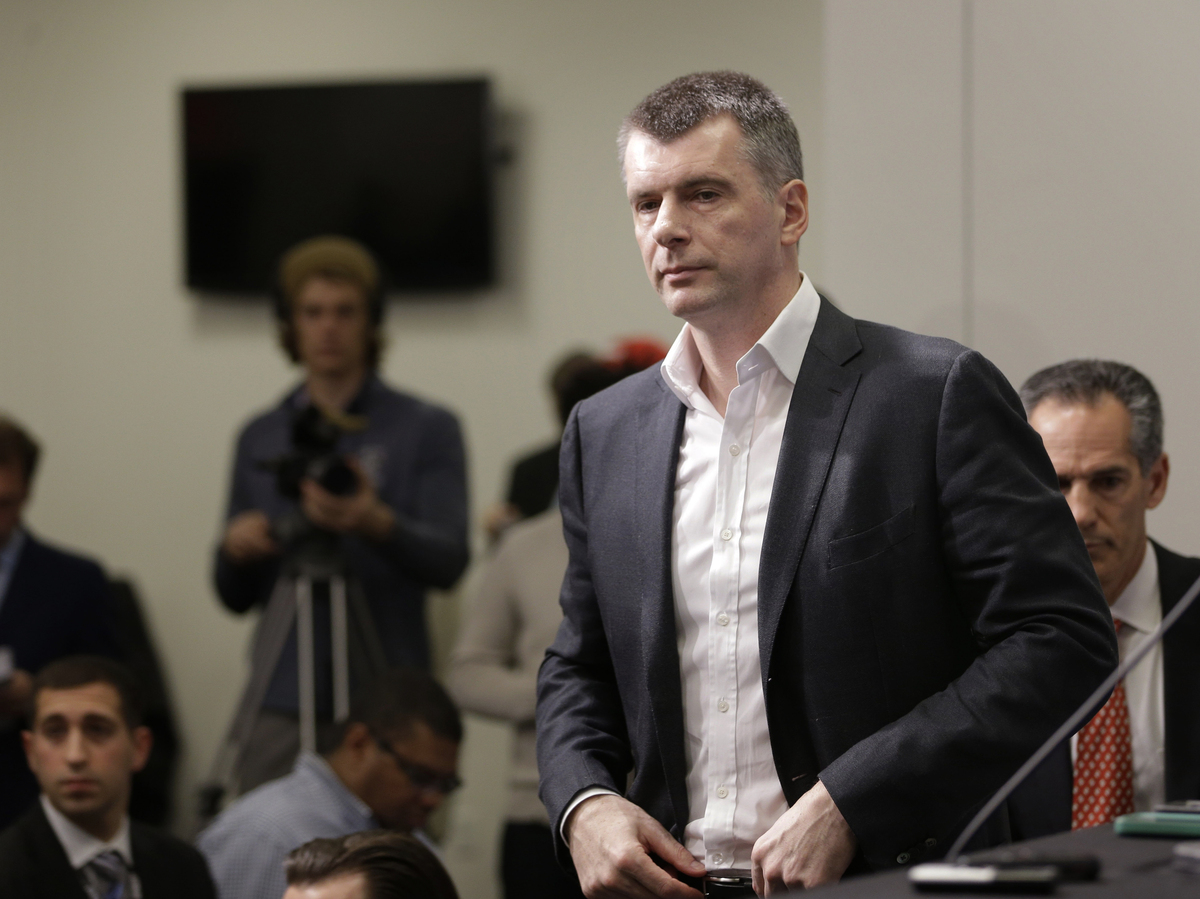 An independent paper owned by billionaire Russian businessman and Brooklyn Nets owner Mikhail Prokhorov — shown here Jan. 11 in New York — is under fire, but the Kremlin says it's not applying pressure on media.

One of the most sensitive subjects was a report on the Panama Papers and what they revealed about the offshore business interests of friends of Putin.

That report drew a denunciation from a pro-Kremlin broadcaster who has one of the most-watched political shows on Russian TV.

The program host, Dmitry Kiselyov, maintains that the Panama Papers — thousands of documents leaked earlier this month from a Panamanian law firm — are part of an American plot to discredit legitimate Russian businessmen. Kiselyov held up a copy of the RBC newspaper and said it was helping the Americans in their plot to associate offshore tax evasion and money-laundering with Putin.

After the criticism of RBC's Panama Papers reporting, the company announced that the editor-in-chief, Elizaveta Osetinskaya, would be taking a four-month leave of absence.

It seemed like an odd time for the top news manager to be gone, during the run-up to Russia's parliamentary elections in September. Osetinskaya declined NPR's request for comments.

RBC isn't the only independent news outlet that's feeling recent pressure. One of the biggest problems facing independent journalists is uncertainty about what they can and cannot report, says Mikhail Zygar, the former editor of the independent channel TV Rain and author of All The Kremlin's Men.

Despite that, Zygar says there are still independent media outlets doing principled journalism. And most important, he says, the independent outlets have resisted censoring themselves in an effort to avoid the Kremlin's ire.

But the desire to avoid certain topics can be a temptation for media owners, says Lipman. "This naturally leads to self-censorship," she says, "and then it is a degree of how far you go, and how do you balance the desires to act according to journalistic principles and standards, and common sense?"

Earlier this month, federal police raided the offices of several of Mikhail Prokhorov's companies as part of what may have been an investigation into tax evasion. Prokhorov's office is denying rumors that he has plans to sell RBC, but some commentators are predicting that it will end up in the hands of a new owner who's more friendly to the Kremlin.