Accessibility links
As Colombia Grows Safer, Tourists — Especially Bird Lovers — Flock Back : Parallels A half-century of guerrilla conflict is coming to an end in Colombia. In its wake, tourists are returning — especially birders. Colombia is home to 1,900 bird species, more than any other country. 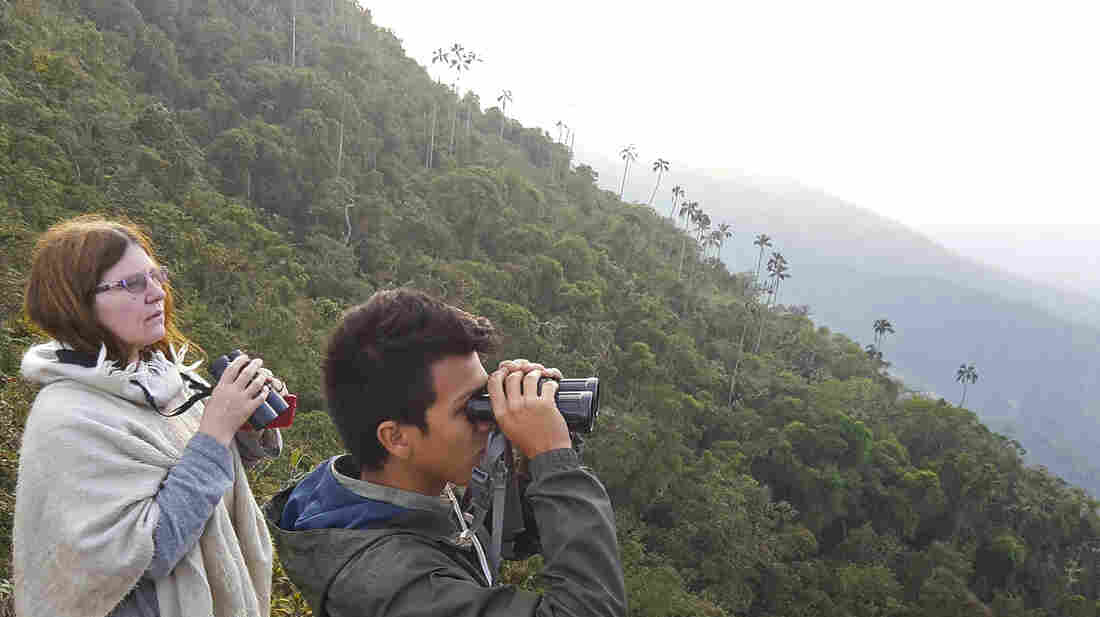 Marcia Wiley (left), a tourist from Seattle, and a guide keep an eye out for birds at a sanctuary in Colombia's Sierra Nevada de Santa Marta range. John Otis for NPR hide caption 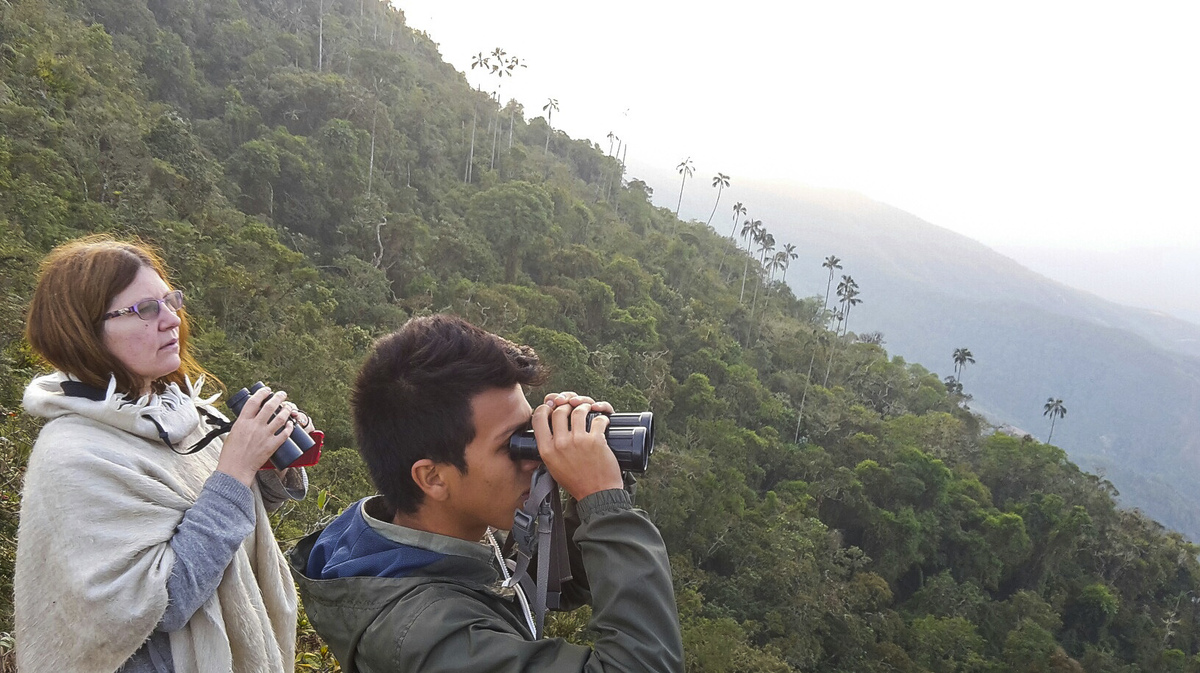 Marcia Wiley (left), a tourist from Seattle, and a guide keep an eye out for birds at a sanctuary in Colombia's Sierra Nevada de Santa Marta range.

In the Sierra Nevada de Santa Marta mountains of Colombia, Marcia Wiley, a glass artist from Seattle, is introducing her 12-year-old son, North, to bird-watching.

"OK, just look for something red," she says.

But not for long. "There's a quetzal on that branch," Wiley says, spotting a bird with deep-red breast plumage.

Ecological diversity makes Colombia a wonderland for birds. Besides the snow-capped Sierra Nevada, which rises up from the Caribbean coast, the country features three Andean mountain ranges, plus Amazon jungle. It's also the South American gateway for birds migrating from North America.

All told, Colombia is home to some 1,900 bird species, more than any other country. They include 147 different types of hummingbirds. Many can be seen at El Dorado, a privately run bird sanctuary in the Sierra Nevada. 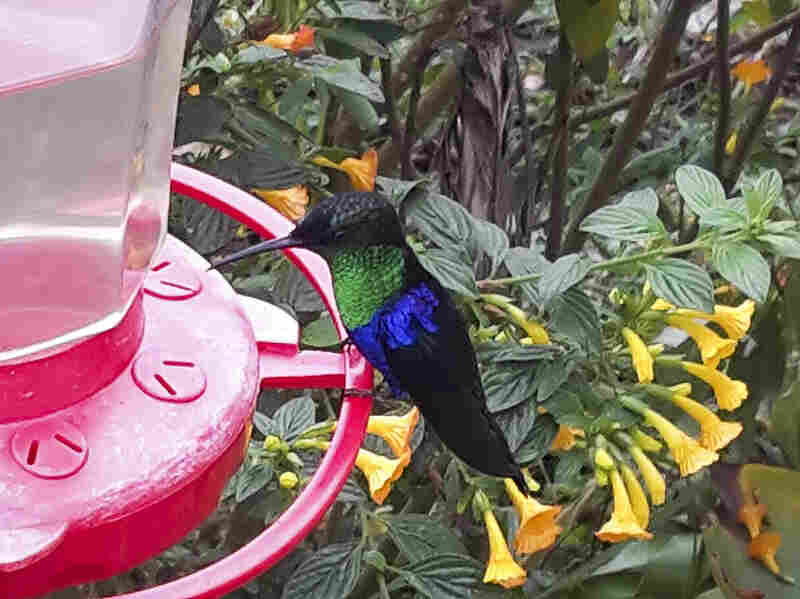 A hummingbird perches at a bird feeder at the El Dorado sanctuary. Colombia is home to 147 species of hummingbird. John Otis for NPR hide caption 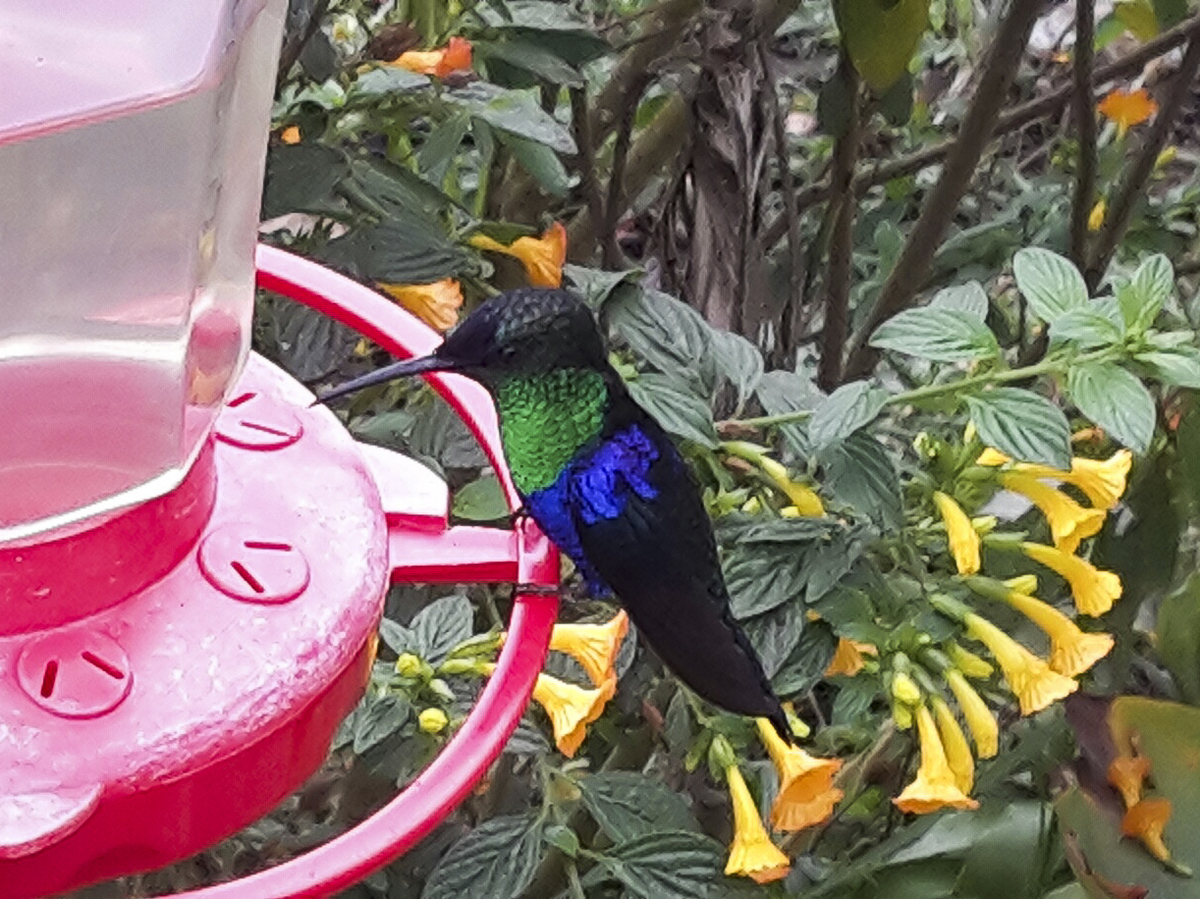 A hummingbird perches at a bird feeder at the El Dorado sanctuary. Colombia is home to 147 species of hummingbird.

Until recently, conflict made Colombia a no-go zone. But the government expects to sign a peace treaty this year to end a half-century-old guerrilla war. As Colombia becomes safer, former war zones are opening up to tourism — and some of the most enthusiastic visitors are bird-watchers like Wiley.

"They're right there," she says, counting off the birds at El Dorado. "The green ones. The blue ones. The purple ones. The brown ones. The white-tailed ones. The long-beaked ones. Yeah. They're fabulous."

In the 1990s and 2000s, this countryside teemed with Marxist guerrillas, army troops and paramilitary death squads. Thousands of civilians were killed. Many more, like Loraida Pavon, the wife of a peasant farmer in the Sierra Nevada, were forced off their land.

"It became a war zone," she says. "I packed my clothes and my three children and left everything else behind."

Now, security has improved. Pavon has returned to these mountains, finding work cleaning tourist cabins at the El Dorado reserve. It receives a constant stream of foreign bird-watchers.

These visits are possible because the fighting has largely ended. At peace talks in Cuba, the Colombian government and FARC guerrillas are putting the finishing touches on a treaty that, if signed, will require the rebels to disarm.

That was enough to convince Bob Burnett of Austin, Texas, to join a recent bird-watching tour of Colombia. "Things have changed a lot in the last 15 years," he says. "And it's a lot safer than people realize." 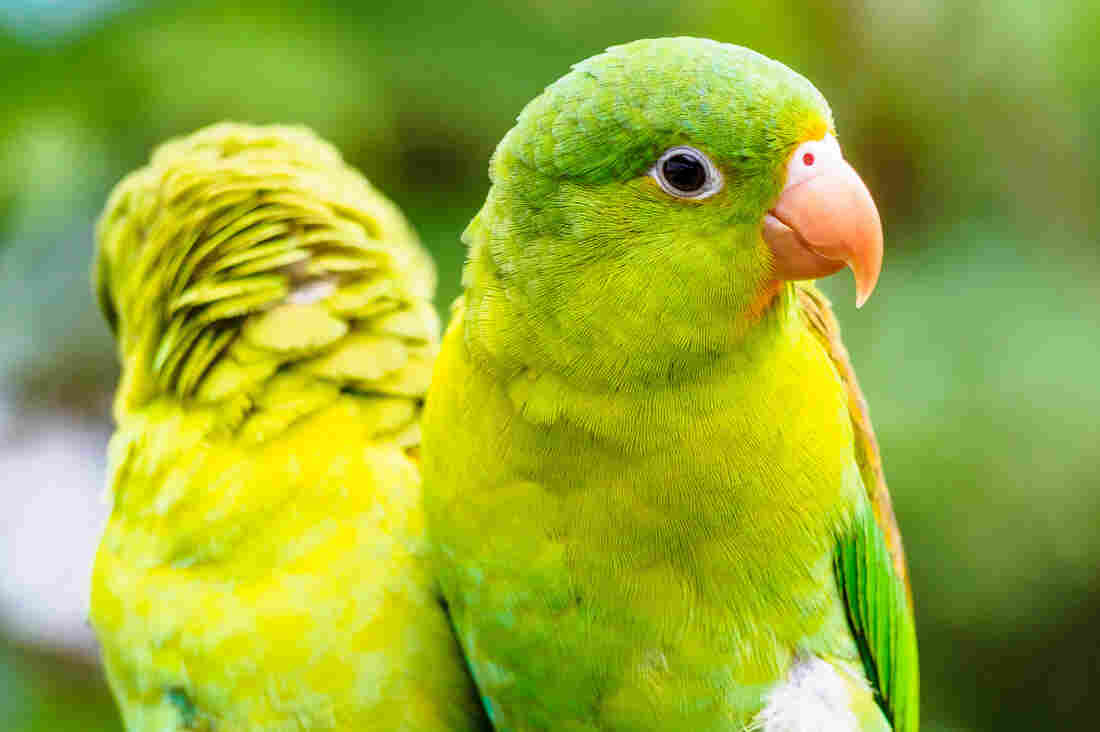 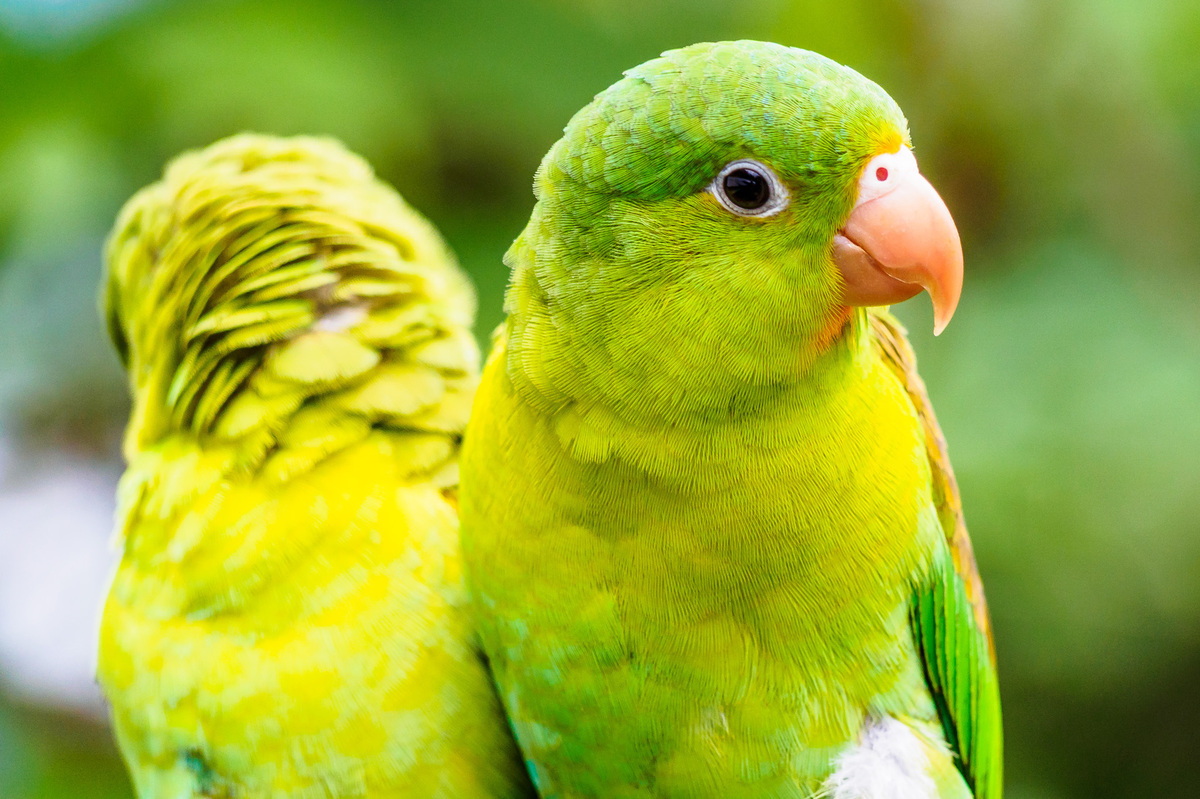 Parakeets are among Colombia's 1,900 bird species.

At dawn, as Wiley hits the mountain trails, parakeets soar overhead. Through her binoculars, she spies black-and-yellow oropendolas, whose woven nests droop down from the tree branches. Antbirds, thrushes, warblers and tanagers flutter about.

"Wow. Hello, handsome," she says as a bird with a striped head flits past.

"You could get lost in this and kind of go into your own world," Wiley says. "And meanwhile, you know, a blue morpho butterfly flies by you, and you're attacked by hummingbirds. And all of a sudden, you are in this world between what's real and what's not real. Things like this don't happen in Seattle."