Accessibility links
The Man At The Center Of Iraq's Political Storm : Parallels In the years after the 2003 U.S. invasion, the radical cleric Muqtada al-Sadr emerged as a powerful anti-government force. Now he's reinvented himself. What role will he play in Iraq's future? 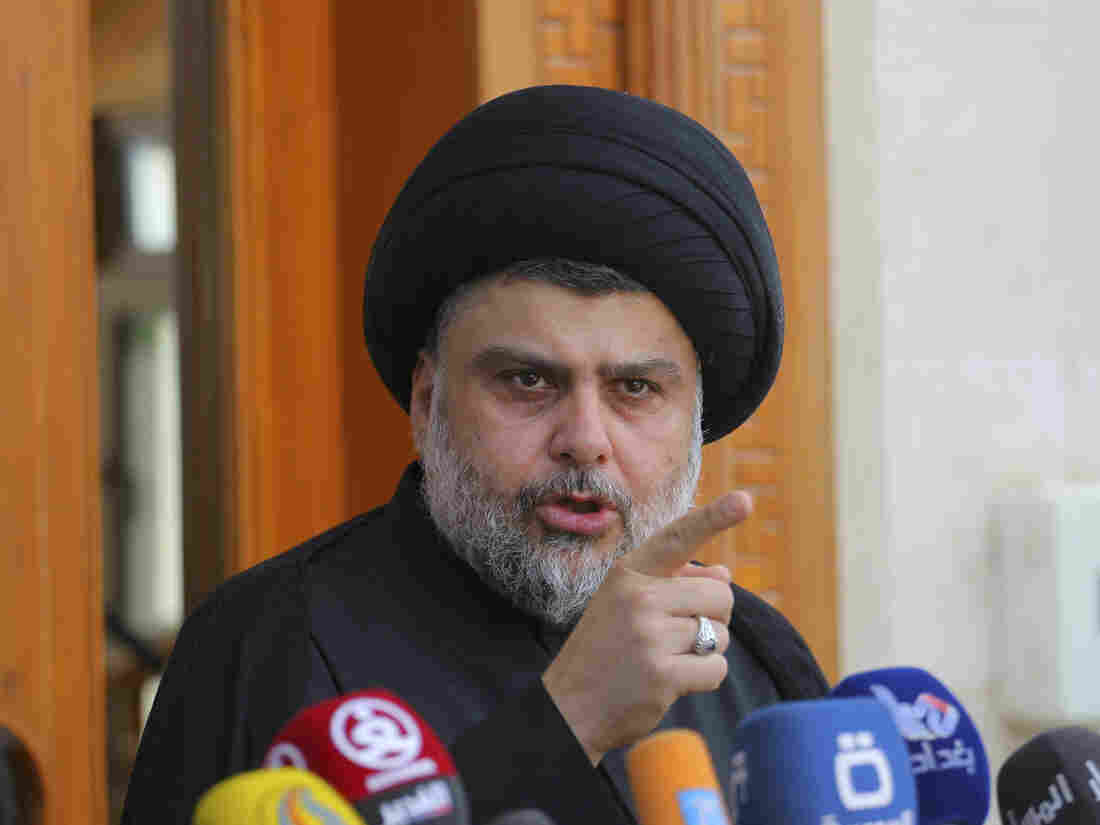 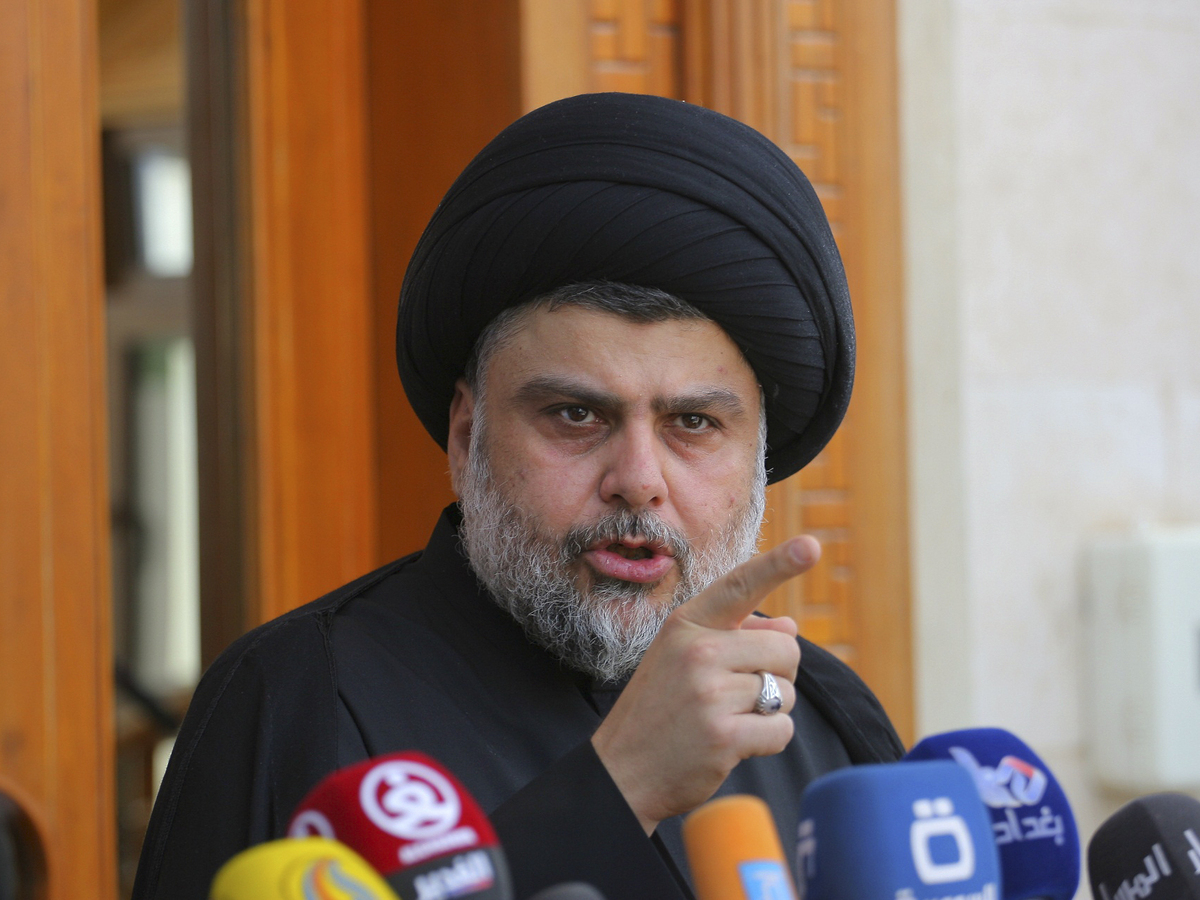 Dubbed by Newsweek a decade ago as "the most dangerous man in Iraq," Muqtada al-Sadr, the figure at the center of Iraq's current political storm, isn't the man many might recall from the past. A firebrand Shiite cleric who at first derived legitimacy from the prominence of his own father — a populist religious leader assassinated by Saddam Hussein's forces in 1999 — Sadr became best known after the 2003 U.S. invasion for leading tens of thousands of Iraqi Shiites, especially the poor, and for his propensity for brinkmanship and violence.

His street power was unmatched, and he sanctioned brutal sectarian killings via his militia, the Mahdi Army, which battled both the Iraqi government and U.S. forces.

Sadr, now 42, still holds tremendous sway, but has reinvented himself since then. He left Iraq for Qom, Iran, in 2008 — to study Islam, he said — and returned in 2011. He did away with the Mahdi Army and started up new militias, one of which, the Saraya al-Salam or Peace Brigades, has fought on the side of Iraq's government — and, by extension, the United States — against ISIS. Meanwhile, other Iranian-supported Iraqi Shiite militias have sprung up, largely eclipsing his own. And Sadr has turned his attention to politics.

These days, in an about-face from his virulent, anti-government past, a more mature Sadr claims to be on Abadi's side. Huge demonstrations that Sadr began orchestrating in March have urged a resolution to a months-long political crisis that has paralyzed Abadi's government, preventing it from pushing through needed reforms. "Yes, yes, to Iraq; no, no to corruption!" has been one slogan at Sadr-led rallies, in a deliberate nod to nationalism and unity, not parochialism.

Aside from the specific machinations in Iraq's parliament, Sadr seems to be capitalizing on widespread anger at Iraqi institutions and commonplace corruption and incompetence. When his supporters stormed Baghdad's Green Zone — encompassing Iraq's government ministries, parliament and some embassies — over the weekend, it was chaotic but largely peaceful.

"It is misleading to depict the Sadrist storming of parliament as a revolutionary call to dissolve the institution," write Renad Mansour of the Carnegie Endowment and Michael David Clark of the University of Cambridge. "On the contrary, Sadr wants parliament to remain and to function effectively without delays."

The protesters did inflict "property damage and violence against some individuals," the U.S. Embassy said in a statement expressing concern. But it emphasized that Iraq's government should "move the political and economic reform process forward" and urged "all parties to come together to defeat [ISIS] and to support the aspirations of the Iraqi people."

So what's next for Sadr? On Sunday, he ordered demonstrators to leave the Green Zone, and they obeyed. Some analysts see Sadr continuing as a key political figure, possibly even as "the last man standing." For the moment, though, he has gone to Iran. Sadr's Baghdad office tells NPR that he left the country Monday.