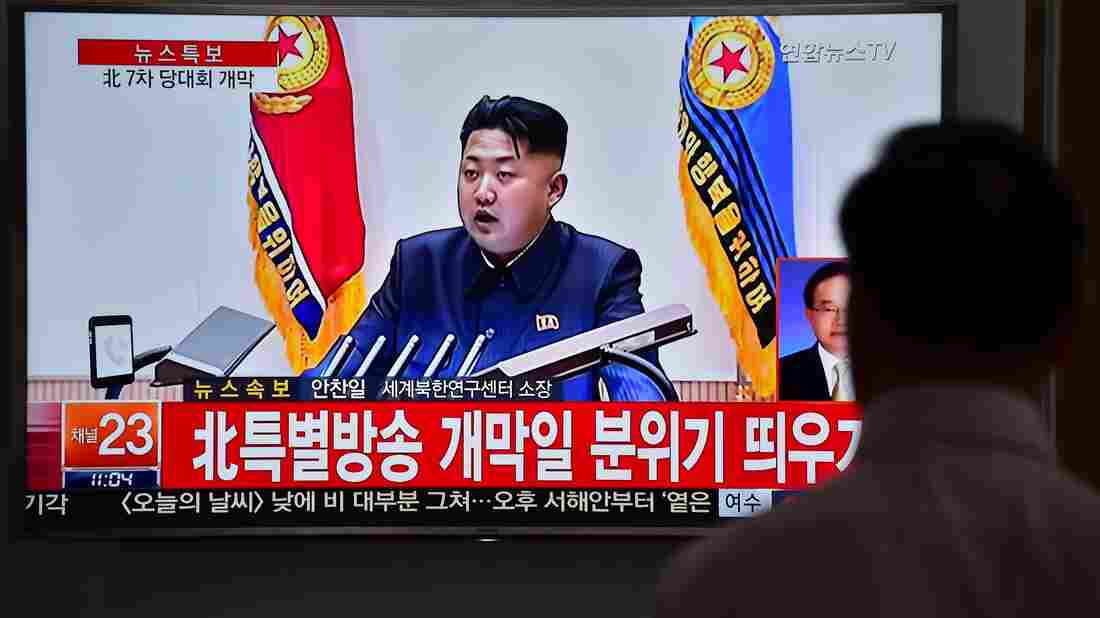 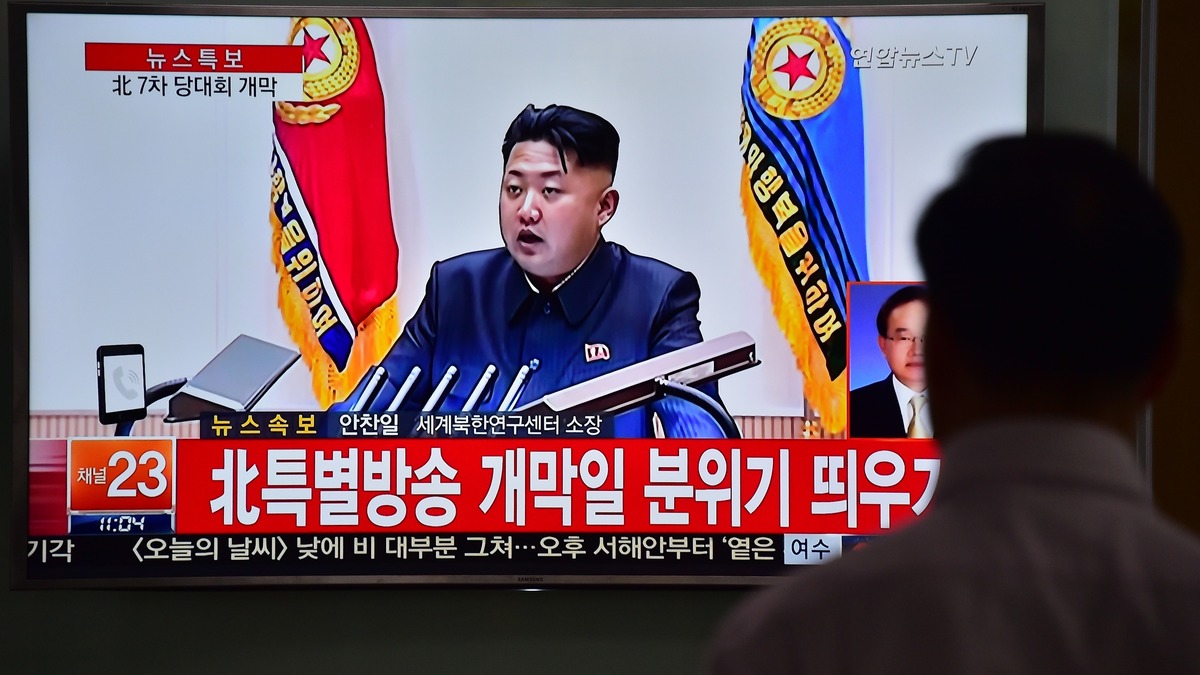 Speaking at the major event that's being closely scrutinized, North Korean leader Kim Jong Un said Friday his country had achieved "great success" and "unprecedented results" with a nuclear weapons test in January and a rocket launch of a space satellite in February.

According to North Korea's KRT state television, Kim made the remarks to North Korea's highest political body, the Workers' Party Congress. The last time the congress was convened, in 1980, was before Kim was born.

Over the course of the next few days, about 3,000 delegates are expected to endorse Kim's leadership, formalizing a rushed transition of power that followed the death of his father, Kim Jong Il, in 2011.

Kim's remarks were being closely watched for signs of where he plans to take the reclusive country, which has taken a number of provocative steps in recent months.

Kim has shown a much greater willingness to speak publicly than his father, who mostly maintained a self-imposed silence during his 17 years of rule.

"[Kim Jong Il] was widely quoted saying that he felt it was best to keep the enemy in the dark. The less he was out there, the less his enemies would have to use against him," says Jean Lee, an American journalist who opened the Associated Press' Pyongyang bureau. Much of her time in Pyongyang overlapped with the final years of the late Kim's rule. 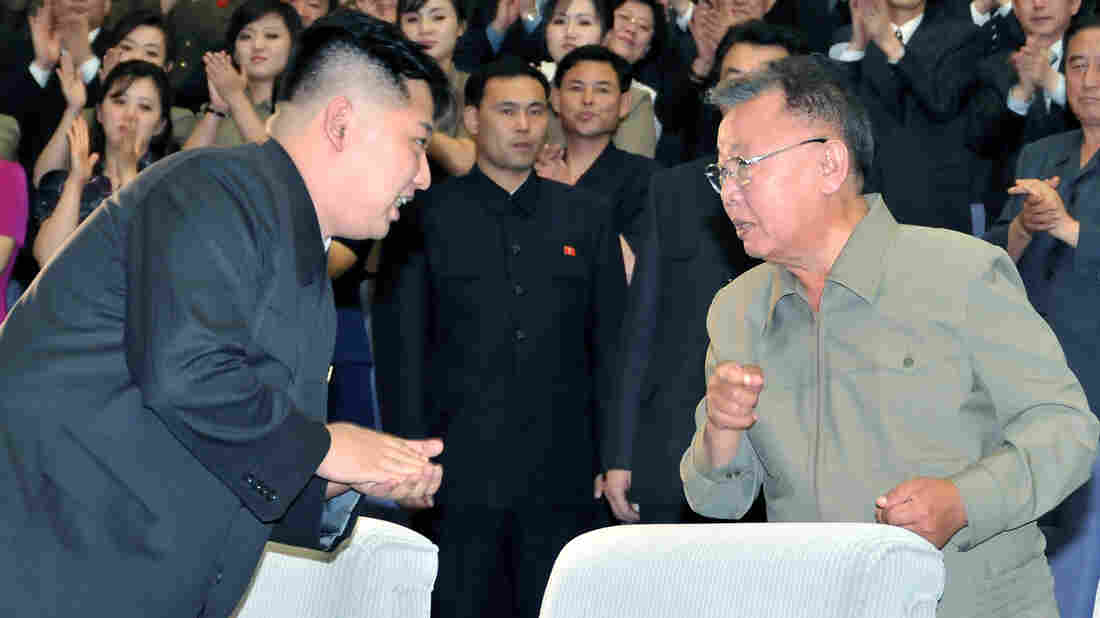 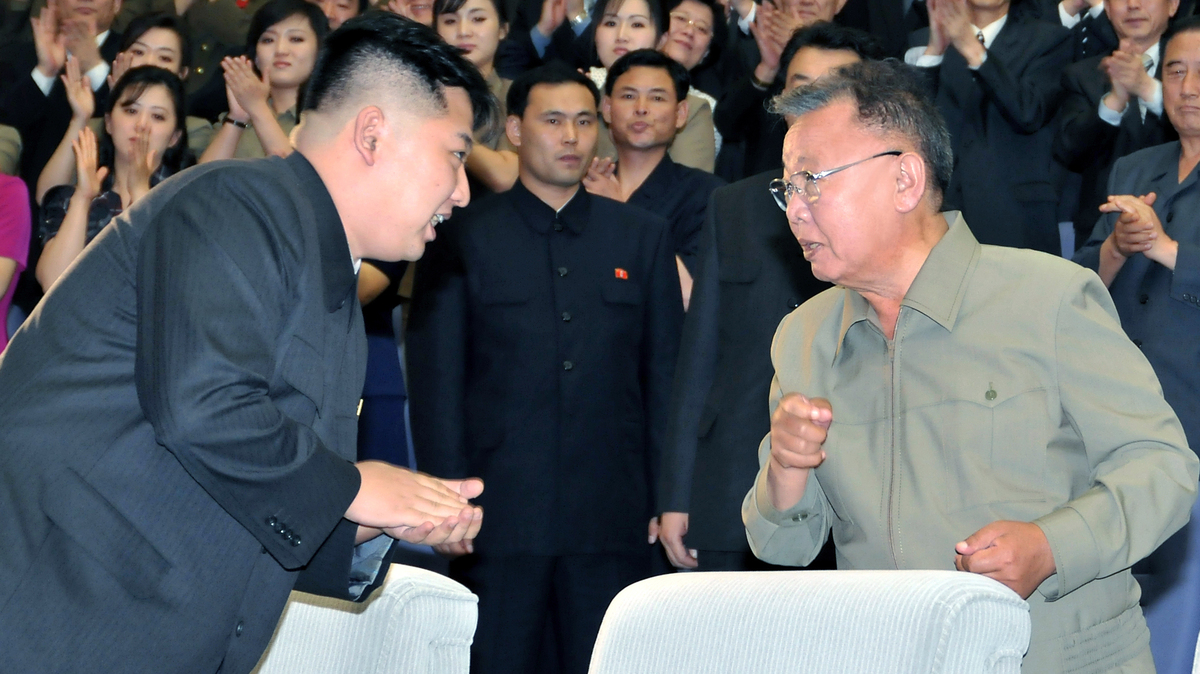 Despite all the propaganda touting Kim Jong Il's achievements, and even video showing him speaking to the public, the sound of his voice was almost never broadcast. There's only one recorded statement to the masses, according to researcher Curtis Melvin from the U.S.-Korea Institute at Johns Hopkins School of Advanced International Studies.

"He uttered one line at a parade, 'Long live the Korean people's army,'" Melvin says. "And that's it."

South Korean media did once capture Kim Jong Il's voice while he made a joke about buckwheat noodles during a summit with the South Korean president. But no public speeches.

Why is Kim Jong Il's voice so hard to find? He was an omnipresent dictator, after all.

"There's all sorts of theories about this, I can't tell you why," offers Melvin. "But a lot of people said he just didn't like the attention or didn't like being scrutinized so much."

That's what made journalist Lee's discovery a few years ago at a museum in northern North Korea so surprising.

"[I was] wandering off in a museum by myself when I spotted this Toshiba TV monitor, with a picture of a painting and a caption saying, 'Kim Jong Il giving a speech on juche ideology,'" Lee says. "Juche is their philosophy of self-reliance — so of course I pressed the play button on the stand, and lo and behold, there was a voice, so I did tape a little bit of that."

"What we're doing now is trying to find the exact speech," she says. "Exactly where and when he gave these speeches."

Lee and her researchers believe it was given in 1974 or in 1980. 1980 is historically important, because 1980 was the last time North Korea held a Party Congress.

In The Heart Of Seoul, A Trove Of North Korean Propaganda

Now, Pyongyang is hosting another, in which thousands of the regime's most trusted insiders are meeting. And Kim Jong Un has a different approach than his father, at least when it comes to public speaking.

"He's never been shy to stand in front of people and use his voice," Melvin says.

That's a stark contrast to his father. In fact, the younger Kim's public persona is being shaped to appear a lot more like his grandfather — North Korea's founder, Kim Il Sung, who was known as a gregarious man who mixed often with the people.

"A lot of North Koreans are still nostalgic about the Kim Il Sung era, and Kim Jong Un has tried to model himself on his grandfather rather than his father," Melvin says.

Callbacks to the eldest Kim may be wise, Lee says.