Accessibility links
N. Korea Wants Economic And Nuclear Expansion, But One Undercuts The Other : Parallels North Korea's powerful are gathering for their first ruling party congress in decades. Kim Jong Un is working to consolidate his power at home — and regionally — with an expanded nuclear arsenal. 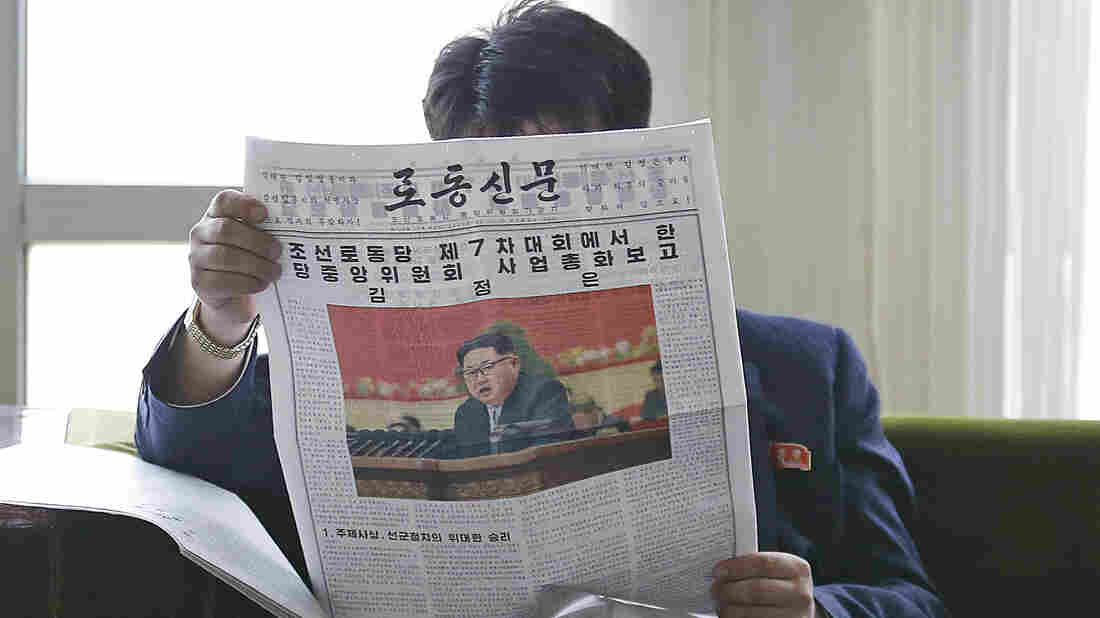 A North Korean man reads a local newspaper on Sunday with an image of leader Kim Jong Un. Kim said during a critical ruling party congress that his country will not use its nuclear weapons first unless its sovereignty is invaded, state media reported. Kim Kwan Hyon/AP hide caption 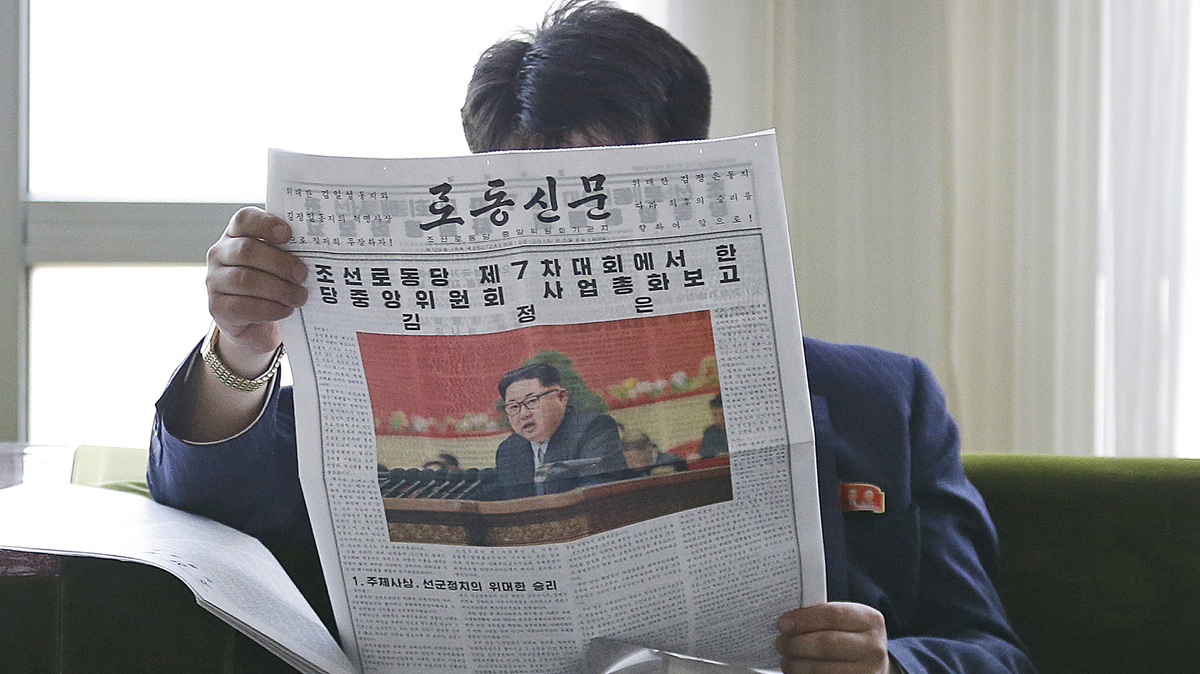 A North Korean man reads a local newspaper on Sunday with an image of leader Kim Jong Un. Kim said during a critical ruling party congress that his country will not use its nuclear weapons first unless its sovereignty is invaded, state media reported.

A once-in-a-generation gathering of the North Korean ruling party is happening in Pyongyang, where leader Kim Jong Un has laid out his plans for the country's future. But the new vision for North Korea — parallel economic and nuclear development — looks a lot like the old one.

In a broadcast shown on state television, Kim spoke to thousands of the ruling party elite for a marathon three hours on Saturday, with occasional interruptions of frenzied applause from the audience.

Kim reaffirmed his country's controversial commitment to nuclear weapons, pledged not to use them unless under threat and laid out a broad five-year economic plan through 2020. That's something the North hasn't had in decades.

"Well, good for them, but it's still central economic planning," said Adam Cathcart, who teaches Chinese history at the University of Leeds and runs SinoNK.com, a site digging into Chinese-North Korean relations. "They've shown little capacity to carry out previous plans.

"Is there a change in policy line? We don't really see any evidence of that yet," Cathcart said.

As in previous policy statements, Kim said he wants to "expand and develop external economic relations."

But analysts believe his nuclear ambitions undercut his economic ones. North Korea's insistence on developing nuclear weapons makes it such a pariah — and a target of strict sanctions — that investors, even from longtime ally China, are staying away.

"This notion that North Korea is going to go forward in some way without Chinese backing and with probably more pressure from China rather than less," Cathcart said, "doesn't bode particularly well on a lot of these promises that Kim Jong Un is making."

This is the first Workers' Party Congress in North Korea in 36 years. The few outsiders invited to Pyongyang, the North's showcase capital, have seen only the pageantry on the streets.

Their hosts dropped the journalists off on a street corner within walking distance of the hall, but that's as close as they got.

"Everyone thought we were going to walk over to the building but instead they told us to walk back to the buses and drove us back to the hotel," Makinen said.

For its part, neighboring South Korea responded to Kim's speech by saying it would never accept the North as a nuclear state.

"Our government will not close the doors on conversation, but if North Korea continues its nuclear weapons and provocations, we will confront them with even stronger sanctions," said South Korean Unification Ministry spokesman Jeong Joon-hee. "North Korea will need to show a genuine stance toward de-nuclearization."

That response is an indication the North's relations with its neighbors are unlikely to change. But in Pyongyang, there's nothing but praise for the dynastic "Supreme Leader," as he is called — at least among the North Koreans who agreed to speak with the outside press.

"People have the sense that this is really ushering in the era of Kim Jong Un, I think," Makinen says.

So far, the era of Kim Jong Un is limited to spruced-up streets in Pyongyang and a new anthem in his honor. Whether substantive change will follow is unclear. The promises, so far, don't go much beyond the pomp.