Accessibility links
Saving 6-Year-Old Ameera, Shot In An Afghan Firefight : Parallels With fewer U.S. troops, there's less need to treat combat trauma at the Bagram Airfield hospital. But civilian casualties continue. A surgeon at Bagram has been trying to save an injured girl's leg. 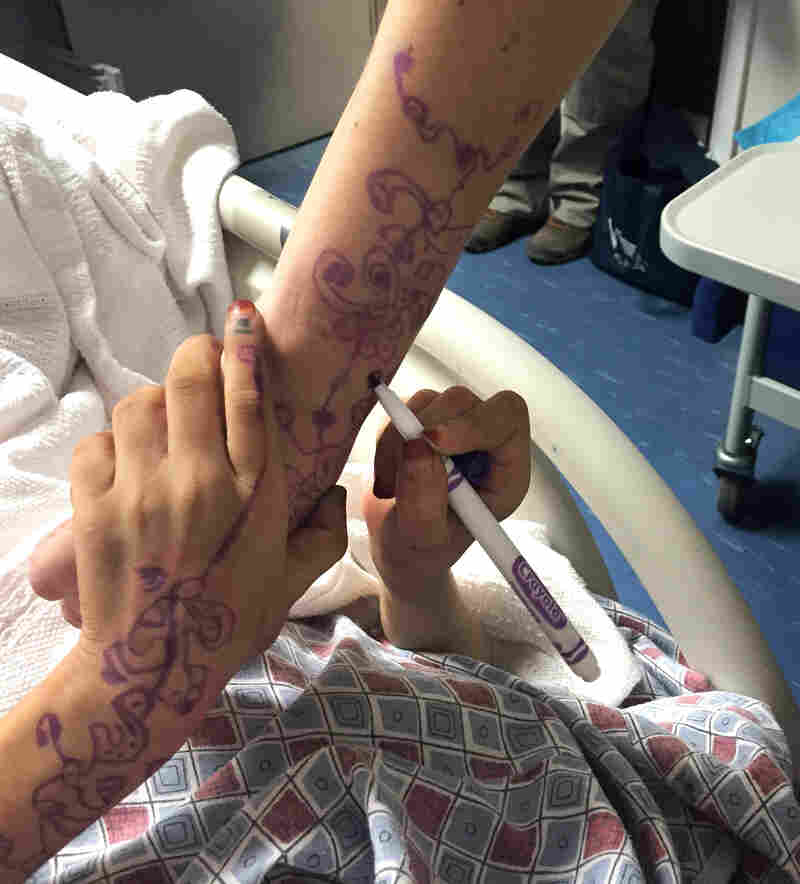 The Bagram nurses have Ameera draw henna patterns to distract her from the pain. Courtesy of the Craig Joint Theater Hospital staff hide caption

With American troops mostly focused on training Afghan soldiers, the hospital on the sprawling Bagram Airfield doesn't have many combat trauma cases anymore. In fact, it just has one.

A 6-year-old girl, caught in a firefight between American and Afghan soldiers and Taliban insurgents, has been in intensive care since she was shot earlier this year. The gun battle killed her father, a Taliban fighter, along with her mother and some siblings. It's not clear who fired the bullet that struck her.

U.S. officials said the girl's family ties to the Taliban mean it's too dangerous to identify her or her uncle, who accompanied her to the Bagram base hospital. NPR is calling her Ameera.

In one way, she represents the way the Afghan war continues to play out since many U.S. troops have reduced their role to "advising and assisting" indigenous troops. Violence endures. More children were killed in Afghanistan last year than any since record keeping began, the United Nations says — roughly 1 in 4 of the more than 11,000 people killed or wounded in 2015.

If Ameera had gone to an Afghan clinic, "she'd definitely have had an amputation — and rightly so," said Dr. Chance Henderson, a Texas-born orthopedic surgeon who has been treating her. "That is the best way to save her life if you don't have the means available to do what we have done in 12 or 20 surgeries."

Yet because Ameera was shot in a firefight that involved American troops, she wound up in an American hospital and has been receiving American care. 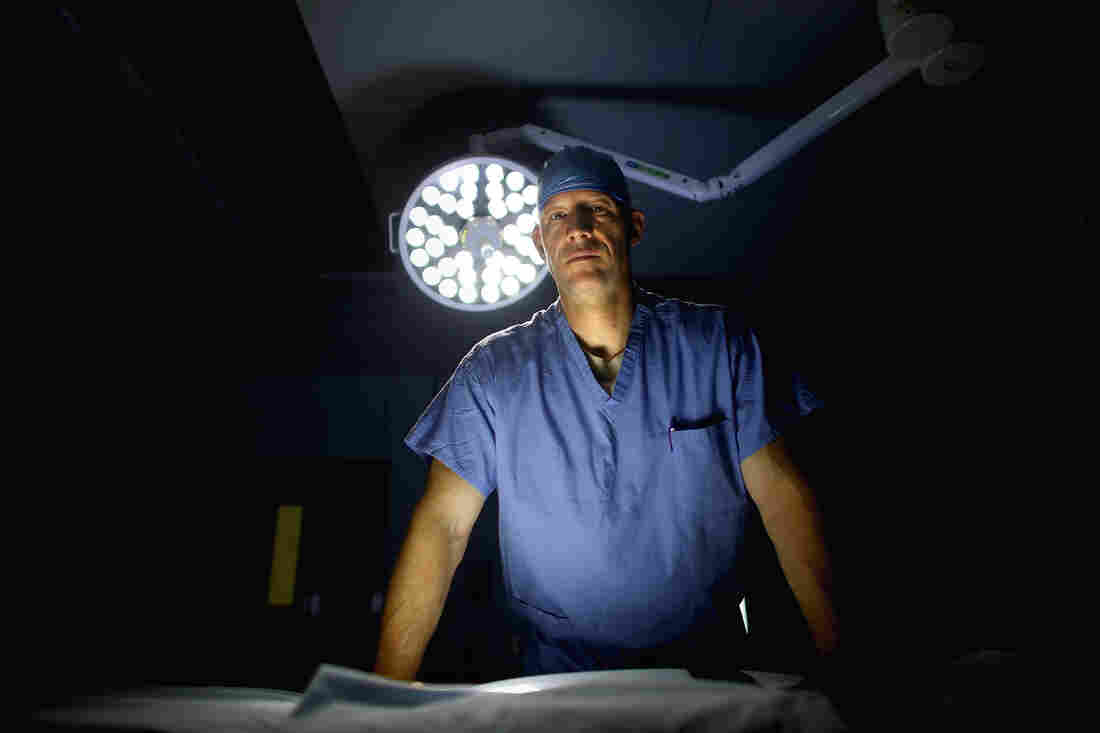 U.S. Air Force Lt. Col. Chance Henderson, an orthopedic surgeon, stands in the operating theater of the military hospital at Bagram Airfield in Afghanistan. Henderson is fighting to save the leg of a 6-year-old Afghan girl who was shot during a firefight between U.S. and Afghan forces and the Taliban. David Gilkey/NPR hide caption 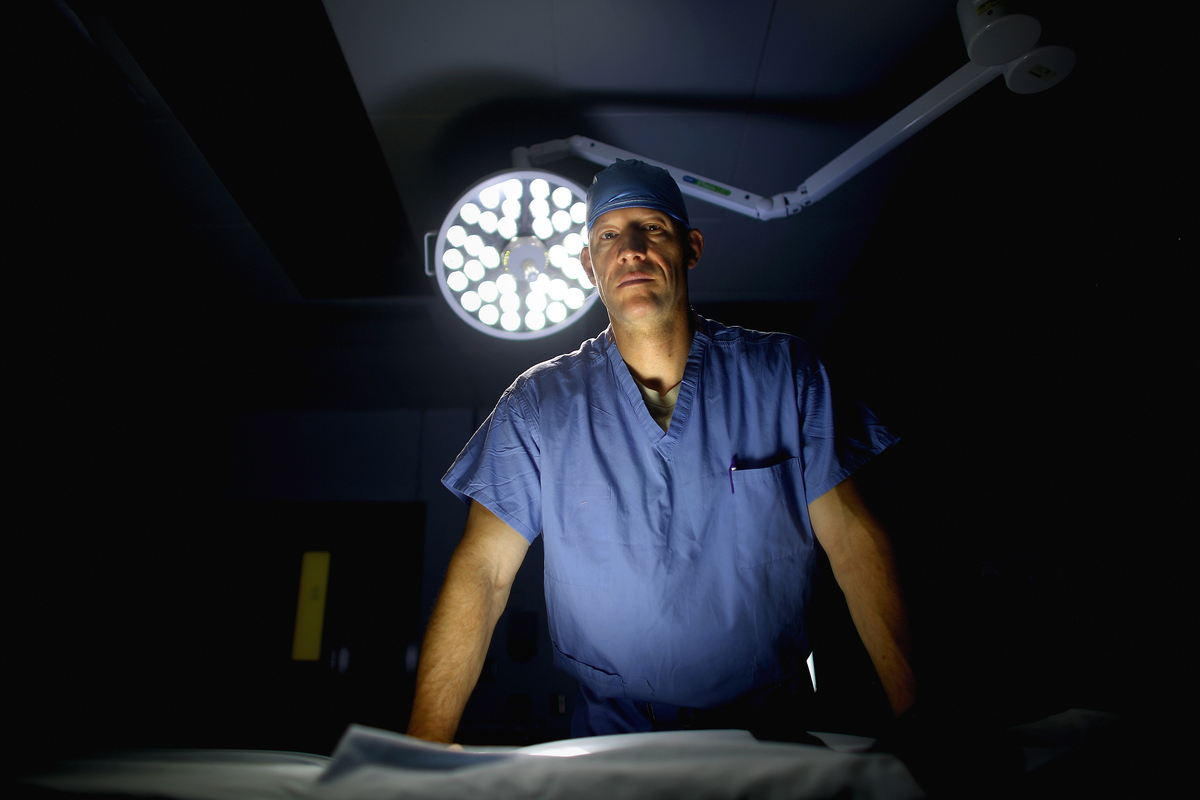 U.S. Air Force Lt. Col. Chance Henderson, an orthopedic surgeon, stands in the operating theater of the military hospital at Bagram Airfield in Afghanistan. Henderson is fighting to save the leg of a 6-year-old Afghan girl who was shot during a firefight between U.S. and Afghan forces and the Taliban.

"Her outlook on a life as a single amputee that does not have a family is much different than it would be for us in the States," he said. "Her future would be grim, and probably her life span would be short."

"She is little," Matson said. "She does not know us. We are not familiar-looking, and there are just a lot of people in and out of the room. She was just scared. 'Who are these strange people? They don't look like me. Where is my family?' "

After days and weeks in treatment, the staff members did what they could to make Ameera feel more comfortable. She received toys and crayons and movies such as Frozen and cartoons starring Mickey Mouse. 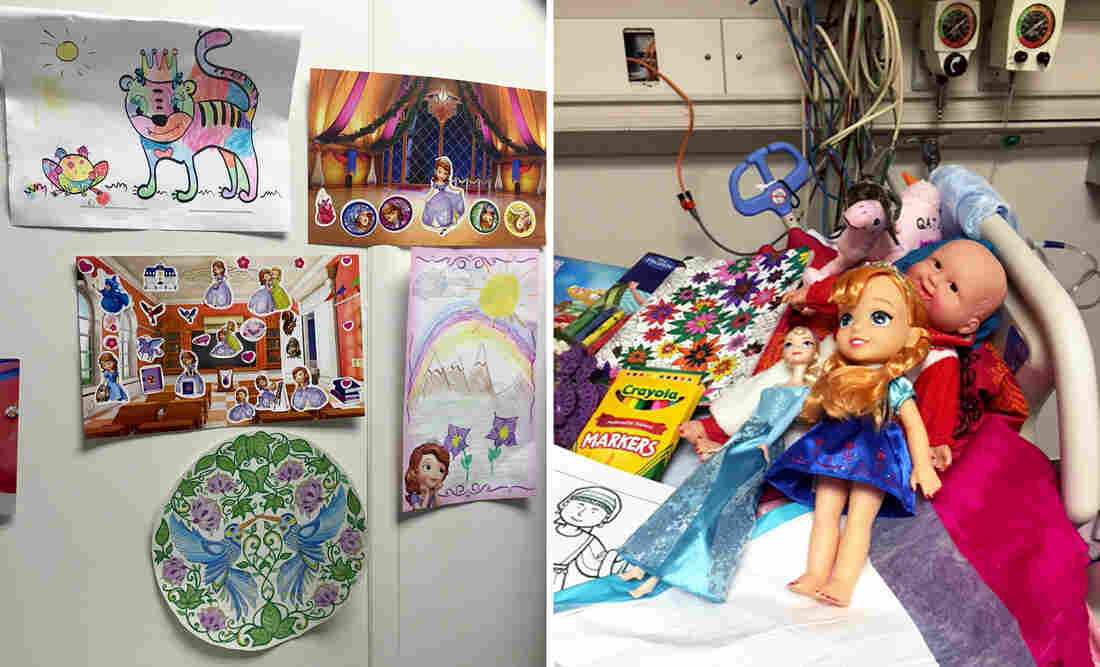 Toys and gifts for Ameera fill her hospital room. She has received care packages from around the U.S., including one from a kindergarten class in Texas. Courtesy of the Craig Joint Theater Hospital staff hide caption

Now Matson is braiding Ameera's hair, learning a few Pashto words and teaching the girl a little English. She receives care packages from around the U.S., including one from a kindergarten class in Texas.

But even though Ameera survived her ordeal and has found her spirits revived, the outlook for keeping her leg is not clear. Henderson called the chances for saving it little better than a coin toss, until he consulted with specialists back home and tried a procedure that directed blood flow from Ameera's healthy right leg to the wound on her left leg.

Now, he and the rest of the American medical team say they can only wait to see how it heals — to see whether Ameera might have to face the much tougher prospects that Henderson described. It could take another month before doctors know whether for sure Ameera if can keep her leg.

"My daughter — that's the first thing she asks me," Henderson said. "'How's the leg doing, Dad?' I do not want to give her bad news."

UPDATE: Ameera, A 6-Year-Old Afghan, Prepares To Walk Out Of U.S. Military Hospital