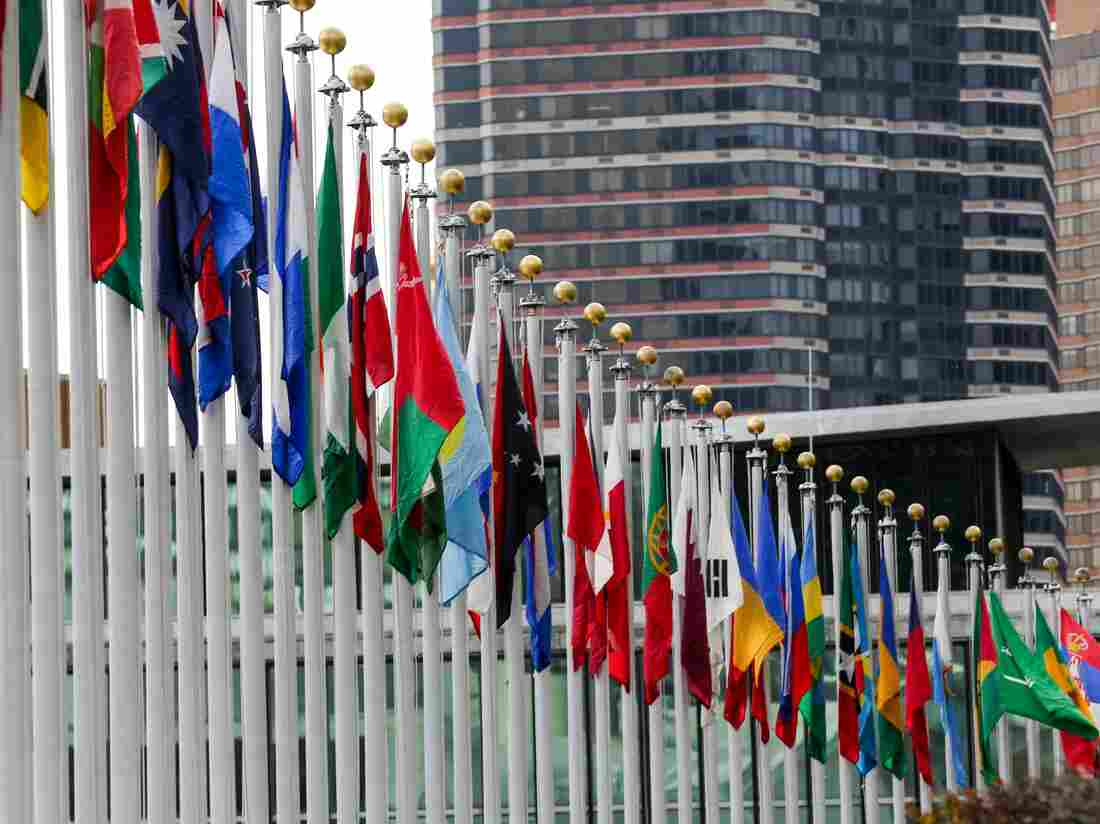 Russia and China were among the 10 countries voting against the press freedom group's application for U.N. credentials. But South Africa indicated on Friday that it would reverse its "no" vote. Anadolu Agency/Getty Images hide caption 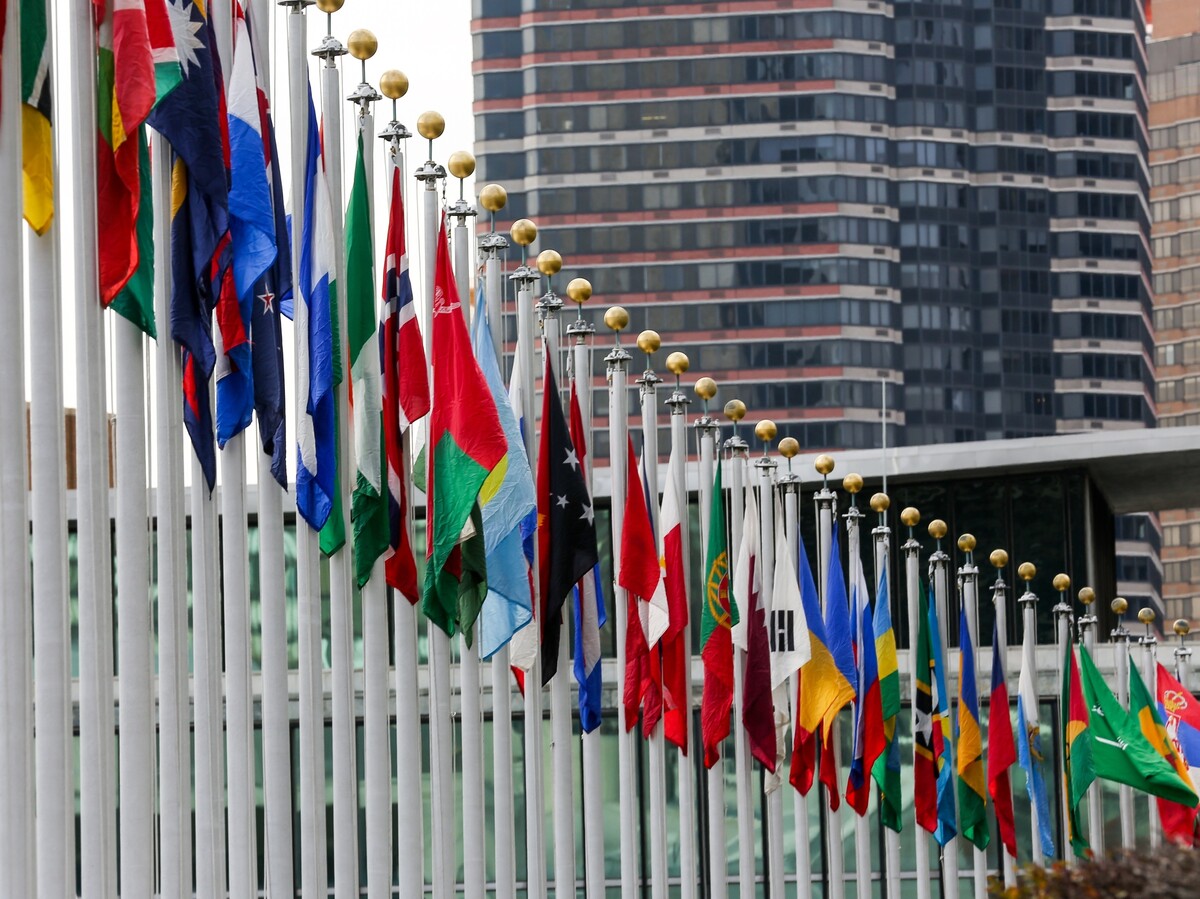 Russia and China were among the 10 countries voting against the press freedom group's application for U.N. credentials. But South Africa indicated on Friday that it would reverse its "no" vote.

It should be a fairly routine matter for a press freedom organization to get the credentials to attend meetings at the United Nations, an international body whose charter calls for the respect of human rights and basic freedoms.

Instead, the Committee to Protect Journalists found itself in what it calls a "Kafka-esque" process, deferred for years — and on Thursday, blocked by 10 countries, including Russia and China, which CPJ calls the biggest jailer of journalists in the world.

"A small group of countries with poor press freedom records are using bureaucratic delaying tactics to sabotage and undermine any efforts that call their own abusive policies into high relief," CPJ's executive director, Joel Simon, said after the vote.

CPJ's ECOSOC accreditation process has been one of Kafka-esqe bureaucratic limbo. https://t.co/viBHa2iMwG

The United States laments this as part of a recent pattern in which applications are deferred or rejected outright by the U.N.'s 19-member Committee on Non-Governmental Organizations, which recommends the organizations that should be able to gain access to U.N. meetings.

"Countries defer by asking questions. Even when those questions are answered, more questions are asked again — it's just a device, a way of ensuring that those accreditations are not forthcoming," she said. "It is increasingly clear that the NGO committee acts more and more like an 'anti-NGO committee.' "

The CPJ applied for "consultative status" — meaning the group's representatives could have access to U.N. groups, certain meetings and processes — in 2007 and again in 2012, according to Courtney Radsch, CPJ's advocacy director. She says it is difficult to get accreditation from a committee that includes "some of the most repressive countries in the world."

Every six months, applicants are reviewed, Radsch says. In CPJ's case, it's been given a series of questions to answer, including how the group is funded. Radsch — who happened to be celebrating the release of a prominent Azerbaijani reporter just as Azerbaijan's diplomat in New York was voting to keep CPJ away from the U.N. — says CPJ does not take funding from governments.

Yet no matter how many times her group has made its case, members of the U.N. committee "don't seem to believe it," she says, and "want to paint us as a U.S. lackey."

The Committee to Project Journalists can be invited to take part in U.N. debates already, but it is easier to gain access to U.N. buildings, diplomats and officials when activists have passes and credentials. Other press freedom groups have been given U.N. credentials over the years, including Reporters Without Borders and the U.K.'s Article 19.

Human Rights Watch has had U.N. accreditation since 1993 but notes it is getting harder for others to join — and it, too, has to report back periodically on its work to the U.N.

Human Rights Watch is being put through "kind of an obstacle course of questions" about its work, says Akshaya Kumar, the group's deputy U.N. director.

Power, the U.S. ambassador, says she will bring CPJ's case to a vote of the full U.N. Economic and Social Council, which could override the NGO committee vote. Power said she looks forward to a "lively debate" before then.

"Countries have to decide which side are they on," she said, pointing out that Article 19 of the Universal Declaration of Human Rights, one of the founding documents of the U.N., calls for the freedom of the press.

"One can learn a few things" by looking at the list of countries that voted against the CPJ, she said.

But today, one of those countries — South Africa — indicated it was having second thoughts about its "no" vote. In a statement, the government said:

"As a matter of principle, South Africa has no objection to CPJ being granted an observer status by ECOSOC given the outstanding and sterling work undertaken by the CPJ in the area of promotion and protection of journalists across the globe. We regret the misunderstanding and the wrong message that the lack of explanation of our vote in the NGO Committee could have portrayed. South Africa will during the main session of ECOSOC support the application by CPJ with a yes vote and appeal to all ECOSOC Members to do the same."