Accessibility links
1 Address, 2,000 Companies, And The Ease Of Doing Business In The U.K. : Parallels The U.K. likes to boast about how easy it is to do business there, but a profusion of shell companies hides many that are fronts for fraud and corruption. Now the U.K. wants more scrutiny. 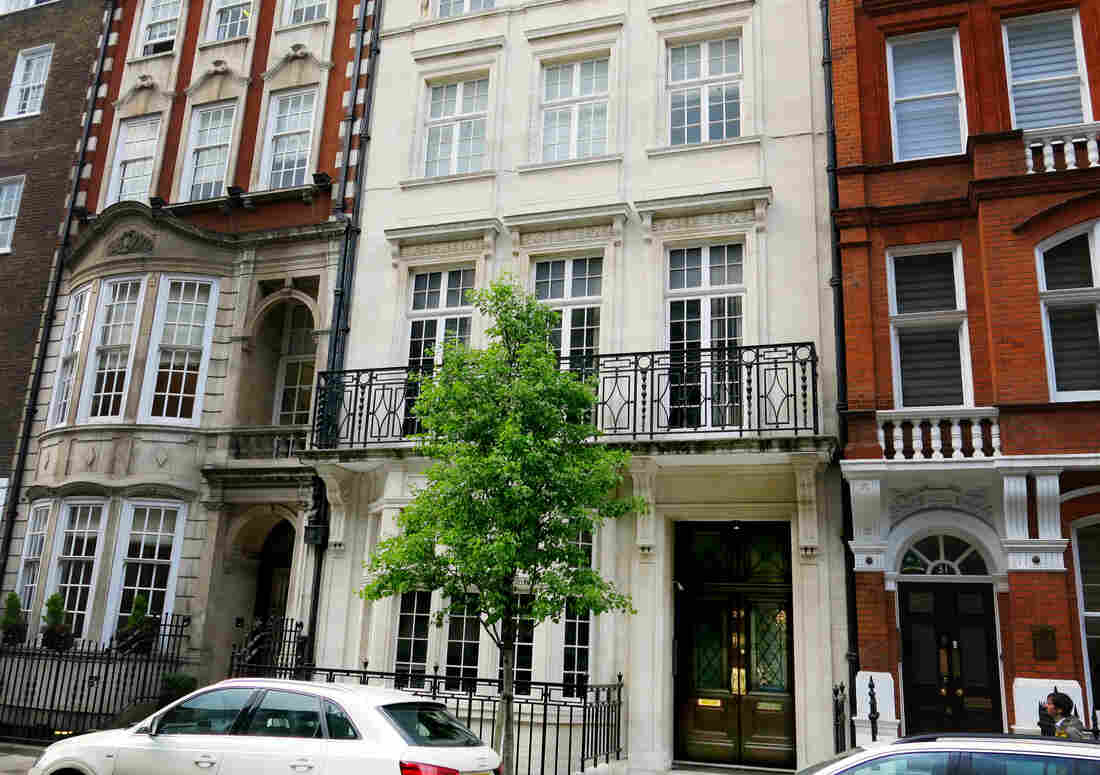 A stately Georgian house at 29 Harley Street is home to Formations House, a company that specializes in creating other companies. Lauren Frayer/NPR hide caption 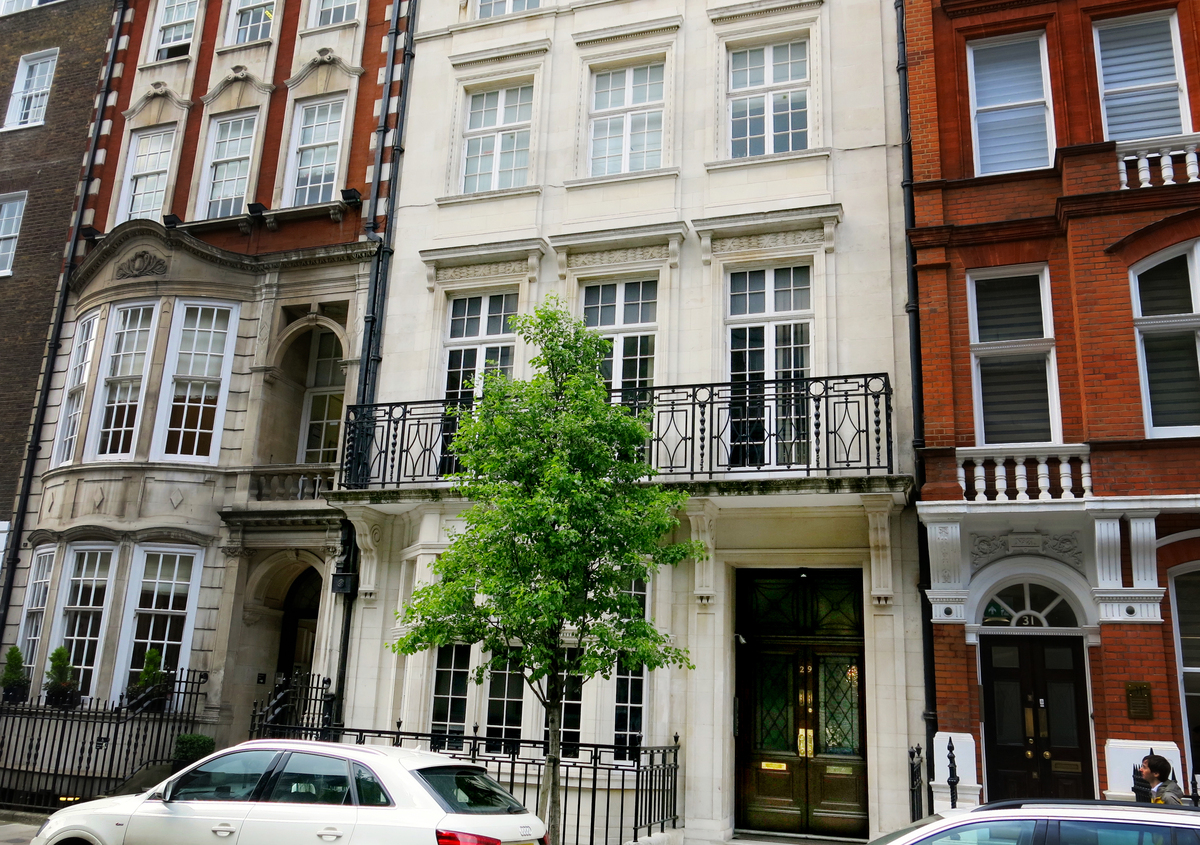 A stately Georgian house at 29 Harley Street is home to Formations House, a company that specializes in creating other companies.

Brass plates affixed to Georgian rowhouses advertise exclusive private medical clinics on one of the poshest lanes in London, just around the bend from the famous Oxford Street shopping zone, near the BBC headquarters and several embassies and consulates.

This is Harley Street. No. 29, with its marble trim and wrought-iron balconies, used to be the home and office of a wealthy surgeon. Now, this 5-story house is the headquarters of more than 2,000 companies.

"If you say, 'My business is based on Harley Street,' it's like, 'Oh, OK, he's gotta be doing all right,' because to be able to afford an office on Harley Street, clearly you're doing well," says Oliver Bullough, an author who has investigated fraudulent businesses registered there.

But the reality, he says, is "You don't have an office on Harley Street. You're paying 200 [British pounds] a year and you get to say you do. The whole thing is a front."

No. 29 is a front office for companies around the world that want a prestigious address in London, but aren't actually there.

Starting a company used to be time-consuming and expensive. You used to have to fill out paperwork and mail it in for approval. The Internet era has made it easier to register a company in the U.K. — now it can be done with the click of a mouse. But in the race to be business-friendly, Britain has inadvertently created opportunities for corruption.

If you Google 29 Harley Street, warnings pop up about scams. It was the mailing address for a convicted multimillion-dollar Vegas swindler and an offshore company linked to the ornate palace of Viktor Yanukovych, the former president of Ukraine.

The only company physically present at 29 Harley Street is Formations House. They're who you call if you want to incorporate your business in London or other parts of the U.K. from elsewhere or form an offshore company in a tax haven abroad. A number of the world's most infamous tax havens are British: the Cayman Islands, the British Virgin Islands, the Isle of Man and the islands of Jersey and Guernsey. 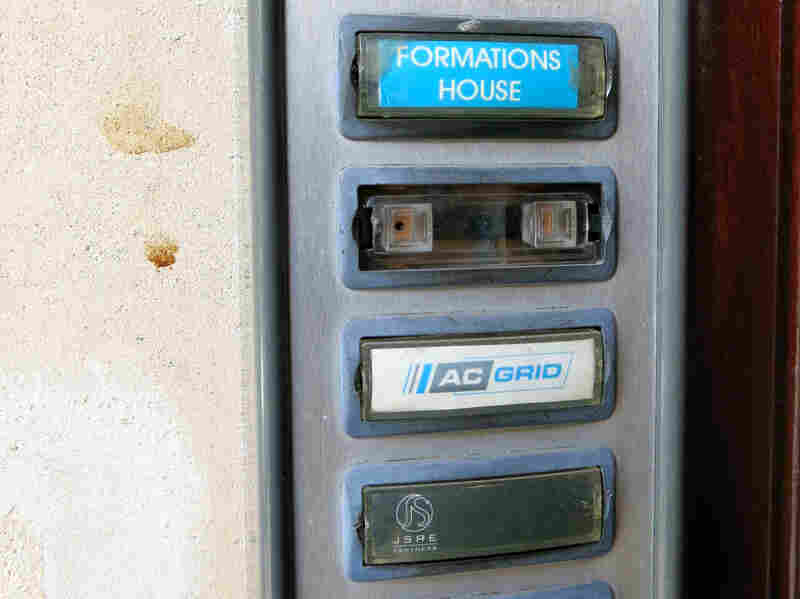 More than 2,000 companies are registered under the same London address, courtesy of Formations House. One of its directors was charged in a fraud case, but died last year before the case went to trial. Lauren Frayer/NPR hide caption 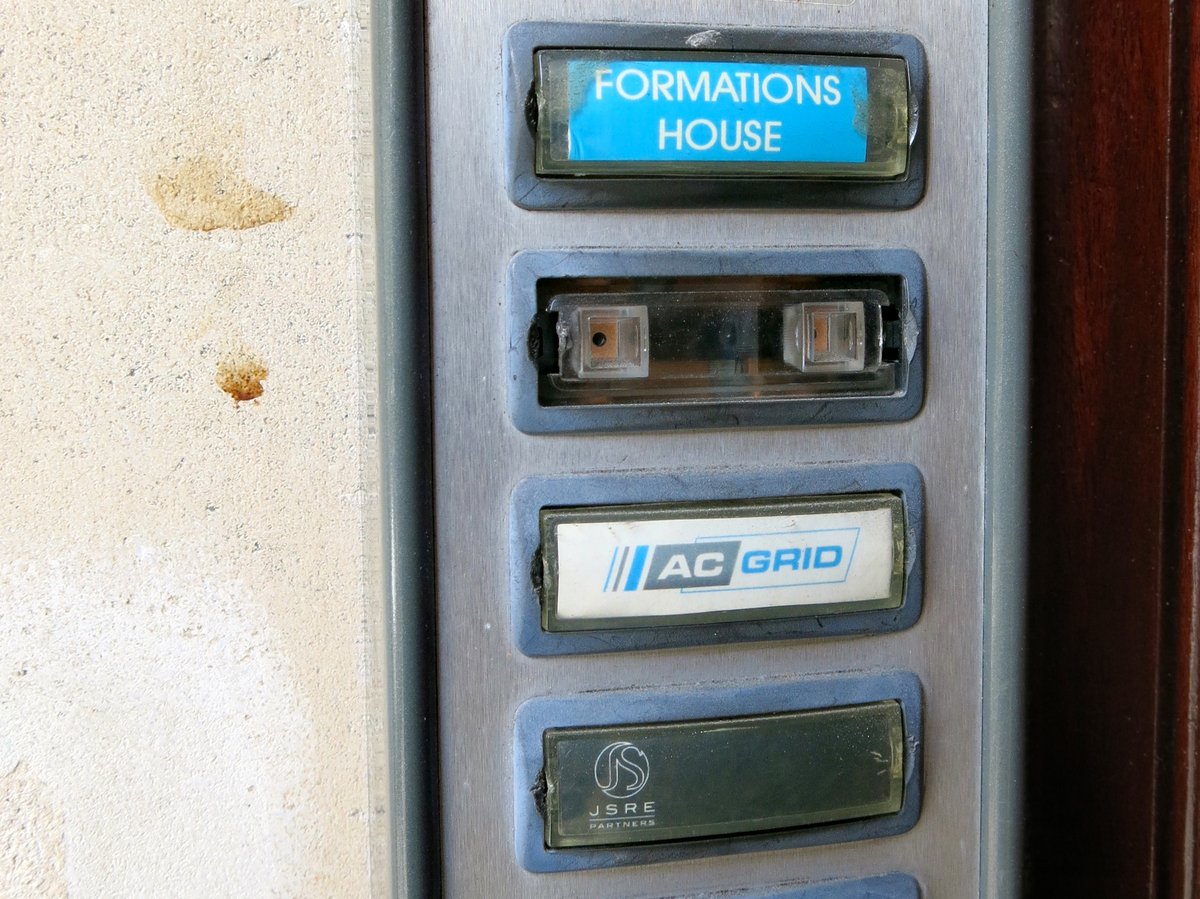 More than 2,000 companies are registered under the same London address, courtesy of Formations House. One of its directors was charged in a fraud case, but died last year before the case went to trial.

Incorporating a business in any of those tax havens is perfectly legal. So is using a company-formation agent like Formations House to incorporate your business in London.

Formations agents can also help hide who's actually behind your firm, Bullough alleges, by using a complex structure of companies owned by other companies. One option is to buy a so-called "shelf company." That's a pre-made firm that already has directors and shareholders, with years of documentation so that it looks like you've been in business a lot longer than you actually have.

"Under U.K. law, you're supposed to have, as a director [of your company], a real person — not just another company. You have to have an actual living, breathing person, as a guard against fraud. But they've essentially automated this whole system," Bullough says. "I registered my own company. I called it Crooked Crook Crook because I've got a silly sense of humor. It took me nine minutes. There you go!"

They do the paperwork for a range of corporate entities — from a tech startup run out of someone's garage to a multinational that wants to add another country to its network of offices. The vast majority are legitimate.

Of the hundreds of thousands of companies Formations House has helped create since its own founding 12 years ago, only four have turned out to be fraudulent, says Charlotte Pawar, the company's U.K. manager. Bullough says four have been proven fraudulent, but the industry is regulated in such a lax way that there are likely more. A Formations House director, Nadeem Khan, was charged in a 2011 money-laundering case, but he died before it went to trial last year.

Pawar says she's confident he would have been acquitted.

"If I'm honest, I think [British authorities] are putting the blame on formations agents. We [formations agents] just provide a platform to incorporate companies," she says.

They can't police what those companies do after that, she says. Pawar says the job of cracking down on fraud should be the government's — not hers.

British officials are under increasing pressure to stop the flow of illicit money through complex corporate structures, especially in the wake of the Panama Papers revelations.

"If you don't know who owns what, you can't stop people stealing from poor countries, and hiding that stolen wealth in rich ones," Prime Minister David Cameron said at an anti-corruption summit he hosted May 12 in London.

Britain will launch a public register of true company ownership in June, Cameron announced. That means companies must identify the real people — the "beneficial owners" — behind their corporate structures. It also means a lot more due diligence.

"Anyone who's a beneficial owner, with more than a 25 percent stake in a company — we need to know who they are," says Richard Langridge, the U.K. compliance officer for Servcorp, an Australian company that provides virtual offices — phone and mail service, and conference rooms — for companies around the world. "For international clients, we contact the client and ask for a shareholder breakdown," says Langridge. "Any dishonest clients, we report to the National Crime Agency."

It's Langridge's job to vet any of Servcorp's 40,000 clients who want to do business in Britain. He's the only compliance officer for the whole country.

Last year, Servcorp U.K., a subsidiary, pleaded guilty to seven offenses and was fined nearly $50,000 for failing to provide complete client records for inspection by authorities investigating a fraud case.

The British government soon may be similarly stretched as it tries to vet millions of new and existing companies.

By streamlining business regulation, the U.K. has climbed to number 6 on the World Bank's ease-of-doing-business index. (Singapore is first and the U.S. is number 7; the top 10 are all wealthy developed nations). The U.K. government is proud of that. Now it has to decide whether it's willing to make a similar effort to halt the corruption that came with it.