Accessibility links
In Egypt's Broad Crackdown, Prominent Journalists Are Now Facing Trial : Parallels The journalists union has battled the government for decades. But journalists say the current period is the worst they can recall, with three top members of the union facing trial on Saturday. 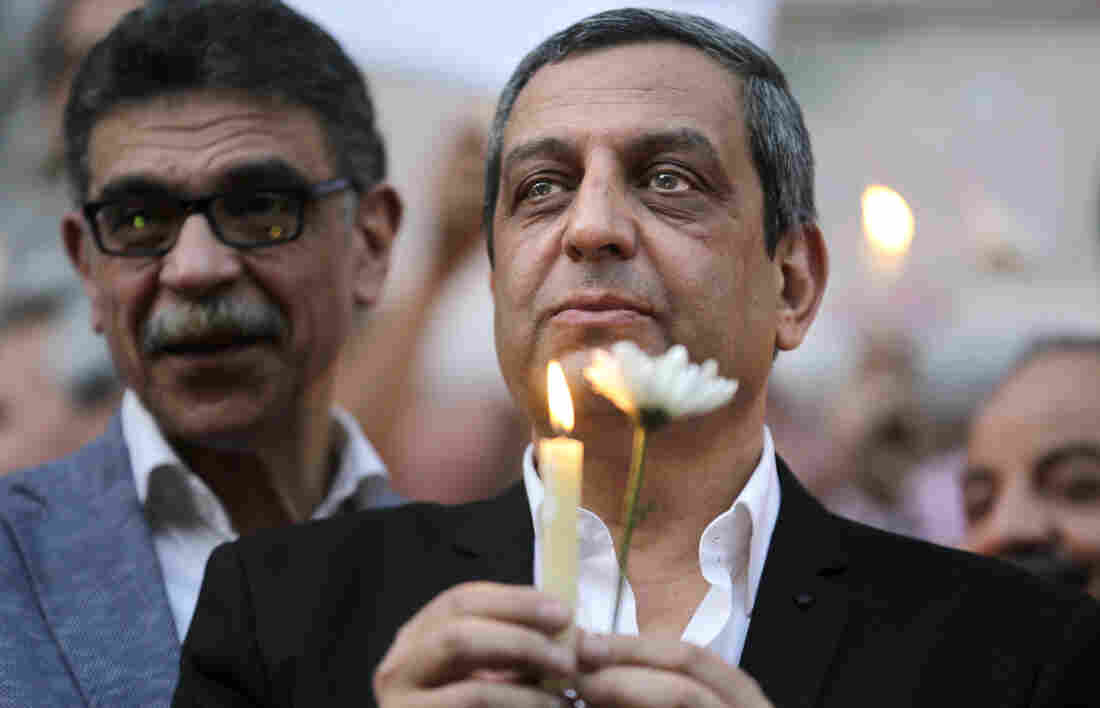 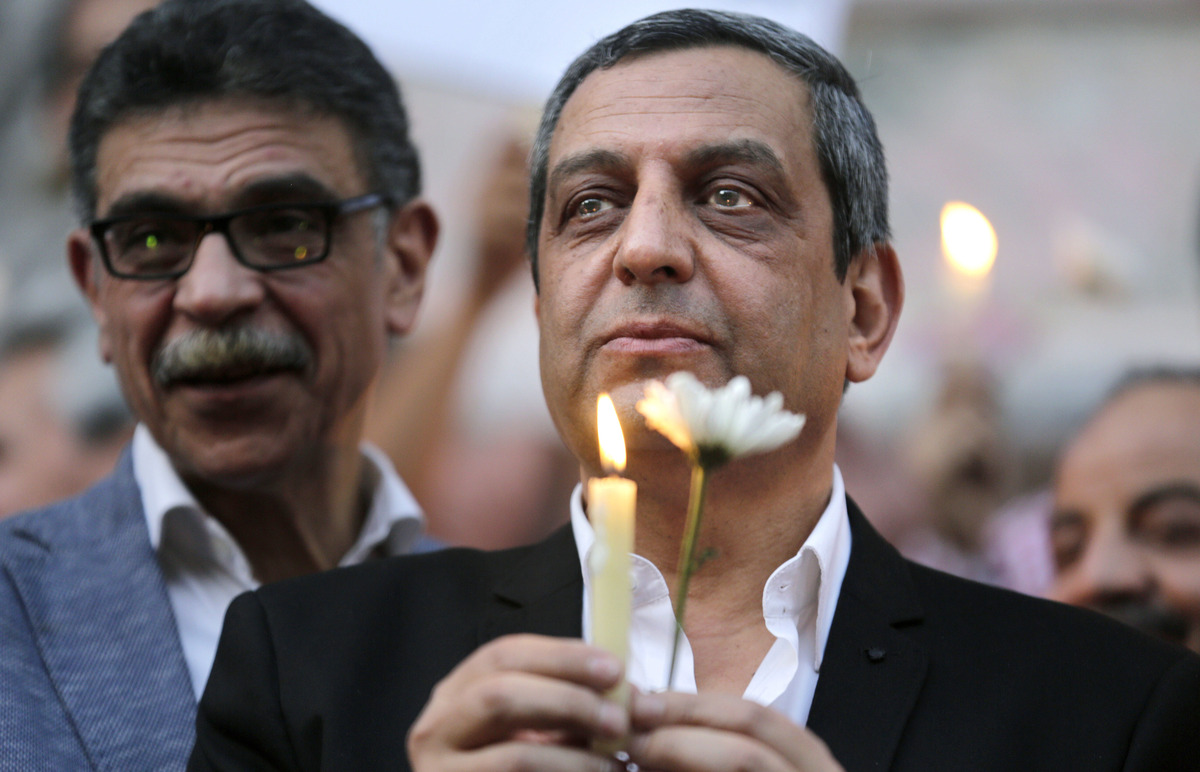 Khaled el-Balshy greets a fellow journalist with two kisses on the cheek and a hearty handshake in his office. He has just been released on bail after being charged with harboring fugitives and publishing false news.

Balshy is the undersecretary of the journalists union in Egypt, also called the Press Syndicate. Balshy; the head of the union, Yehia Qalash; and another board member, Gamal Abdel Raheem, are facing trial on Saturday and the prospect of going to prison, as President Abdel-Fattah el-Sissi continues a broad crackdown on critics.

"It's a crazy time. Anything could happen. In my opinion, we are facing a tyrannical regime, an old form of dictatorship," Balshy said.

He sits next to his desk piled high with newspapers and graced with a picture of an imprisoned photojournalist.

For 75 years, the journalists union has been the front line for the defense of freedom of expression in Egypt. Sometimes it has been criticized for not doing enough. And today, its members say, it's under attack. More than 20 journalists are currently imprisoned, according to the Committee to Protect Journalists, and Amnesty International calls it "the most brazen attack on the media" in Egypt in decades.

Last month, the union's building was raided by dozens of security force members with arrest warrants for two journalists accused of staging anti-government protests, among other things. The union got angry, called for sit-ins and demanded that the interior minister resign.

The leaders of the Press Syndicate say they are now being punished. They're accused of fabricating the news related to the arrests and hiding the two journalists from authorities.

Balshy says every Egyptian leader has tried to break the union because the syndicate takes stances that are critical of the government.

"But this is unprecedented," he said.

The union has criticized the broad terrorism law that would see journalists or dissenters prosecuted for "disturbing public order" or heavily fined for the so-called publishing of false news. The group also defends imprisoned journalists. And the syndicate was the gathering point for recent anti-government protests.

Right now, Balshy says, there is no freedom of expression in Egypt.

"They want to silence the union, by breaking into it, by besieging it and now by putting us on trial for the first time in history," he says.

But Balshy says that government actions are mobilizing journalists.

"Now, even those of our members who used to keep silent and just watch are saying, 'No, this can't happen,'" he said.

In the lobby of the syndicate headquarters, political cartoons hang on bulletin boards. In one, two policemen arrest a figure shaped out of Arabic words. In another, the police drag a bleeding pen on the ground. Signs hanging on the wall say, "The dignity of journalists is a red line."

"This is the worst time to be a journalist in Egypt for many reasons," said Sherif Mansour, the Middle East and North Africa program coordinator for the Committee to Protect Journalists. "What we see is more and more escalations."

Part Of A Broader Crackdown

The clash between the government and the syndicate isn't happening in a vacuum. There are constant reports of travel bans on activists, journalists, human rights defenders or academics.

One photojournalist was detained for some two years before being charged, and now he's part of a mass trial. Recently, an accredited French journalist with a valid visa and press card was deported after he tried to return to Egypt from a vacation outside the country.

After China, the CPJ says, Egypt is the top jailer of journalists. And now Mansour says, the state is going after the one body in Egypt that defends journalists' rights.