Accessibility links
Seizing On Pope's Remarks, Women Meet In Rome To Discuss Female Priesthood : Parallels Pope Francis broke a Catholic Church taboo last month when he said he would create a commission to study whether women can serve as deacons — as they did in early Christianity. 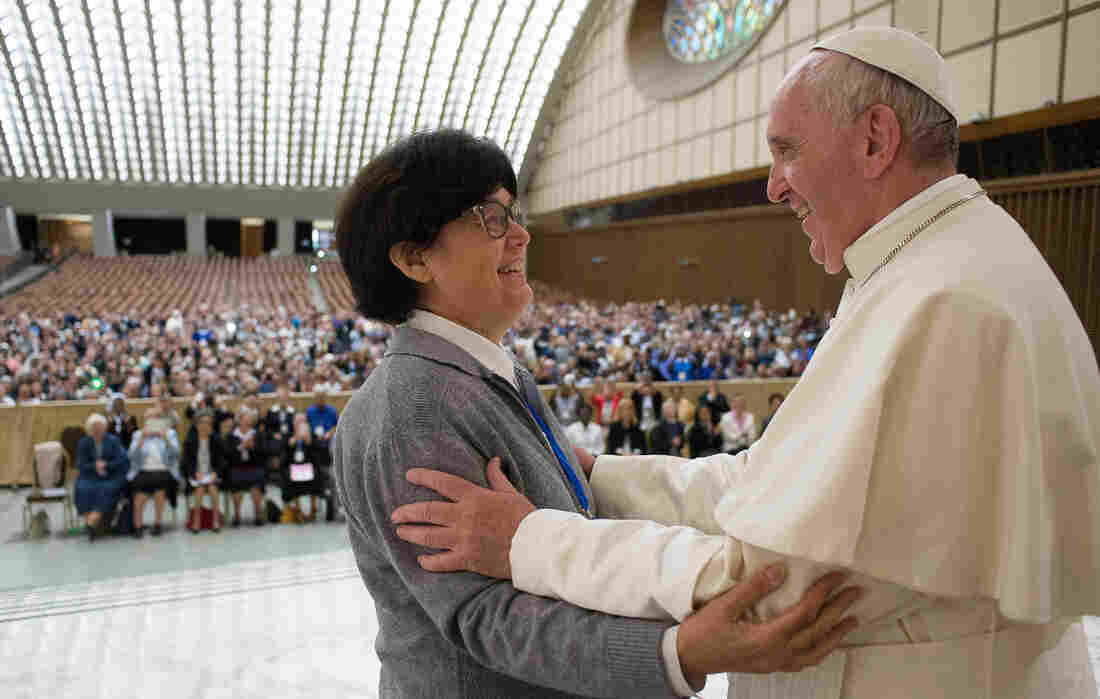 Pope Francis hugs Sister Carmen Sammut, a missionary sister of Our Lady of Africa, at the Vatican on May 12. The pope said he was willing to create a commission to study whether women can be deacons in the Catholic Church, signaling an openness to letting women serve in ordained ministry currently reserved to men. AP hide caption 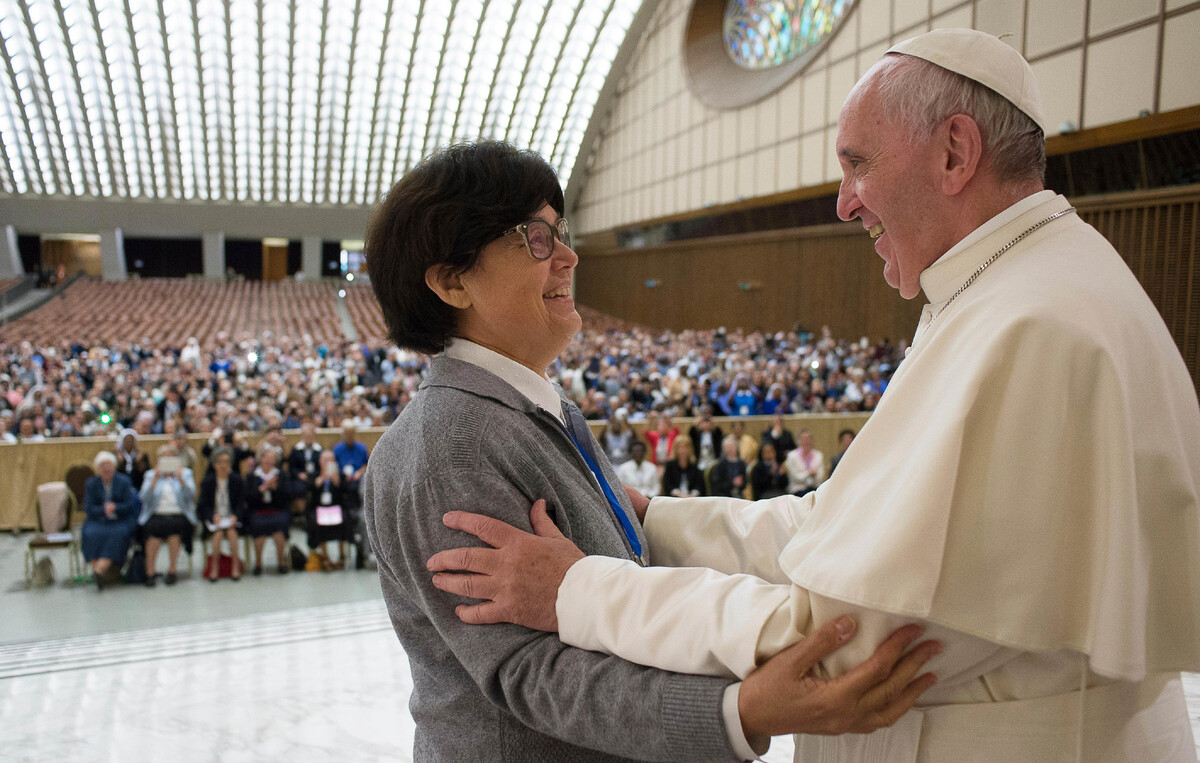 Pope Francis hugs Sister Carmen Sammut, a missionary sister of Our Lady of Africa, at the Vatican on May 12. The pope said he was willing to create a commission to study whether women can be deacons in the Catholic Church, signaling an openness to letting women serve in ordained ministry currently reserved to men.

All across the Mediterranean, early Christian frescoes and bas reliefs carry the names of women deacons and even bishops — such as Phoebe, Helaria, Ausonia, Euphemia and Theodora.

Yet in 1994, Pope John Paul II not only decreed that women are definitively excluded from the priesthood, he even banned all discussion of the topic.

Pope Francis broke that taboo last month when he announced he would create a commission to study whether women can serve as deacons as they did in early Christianity.

Seizing this new sign of openness, supporters of a female priesthood converged on Rome this week, to coincide with the Vatican's Jubilee for the all-male clergy.

Marinella Perroni, a theologian and New Testament scholar who teaches at a Pontifical College in Rome, was one of the participants on a panel. She recalled that John Paul's 1994 edict even urged students to report errant teachers.

"In Rome, several professors were denounced to the congregation of the doctrine of the faith," she said. "This had immediate consequences on their right to teach and it led to paralysis." 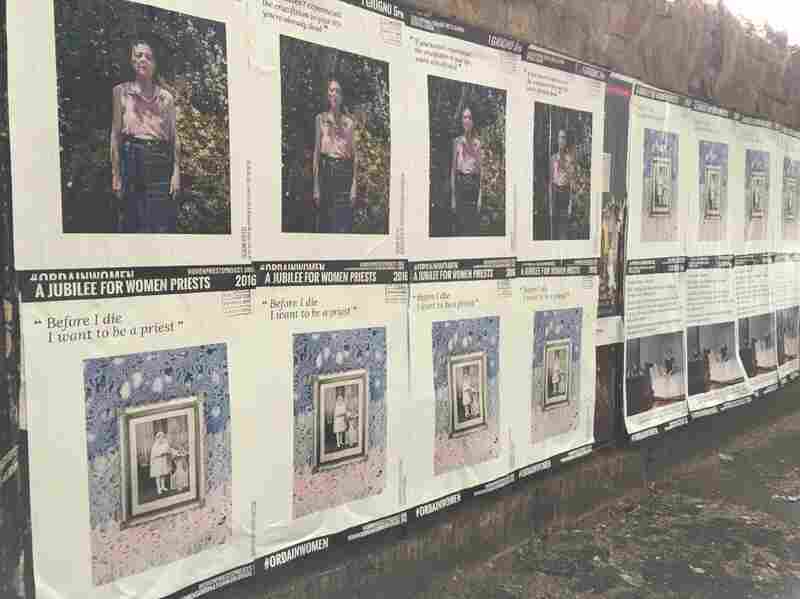 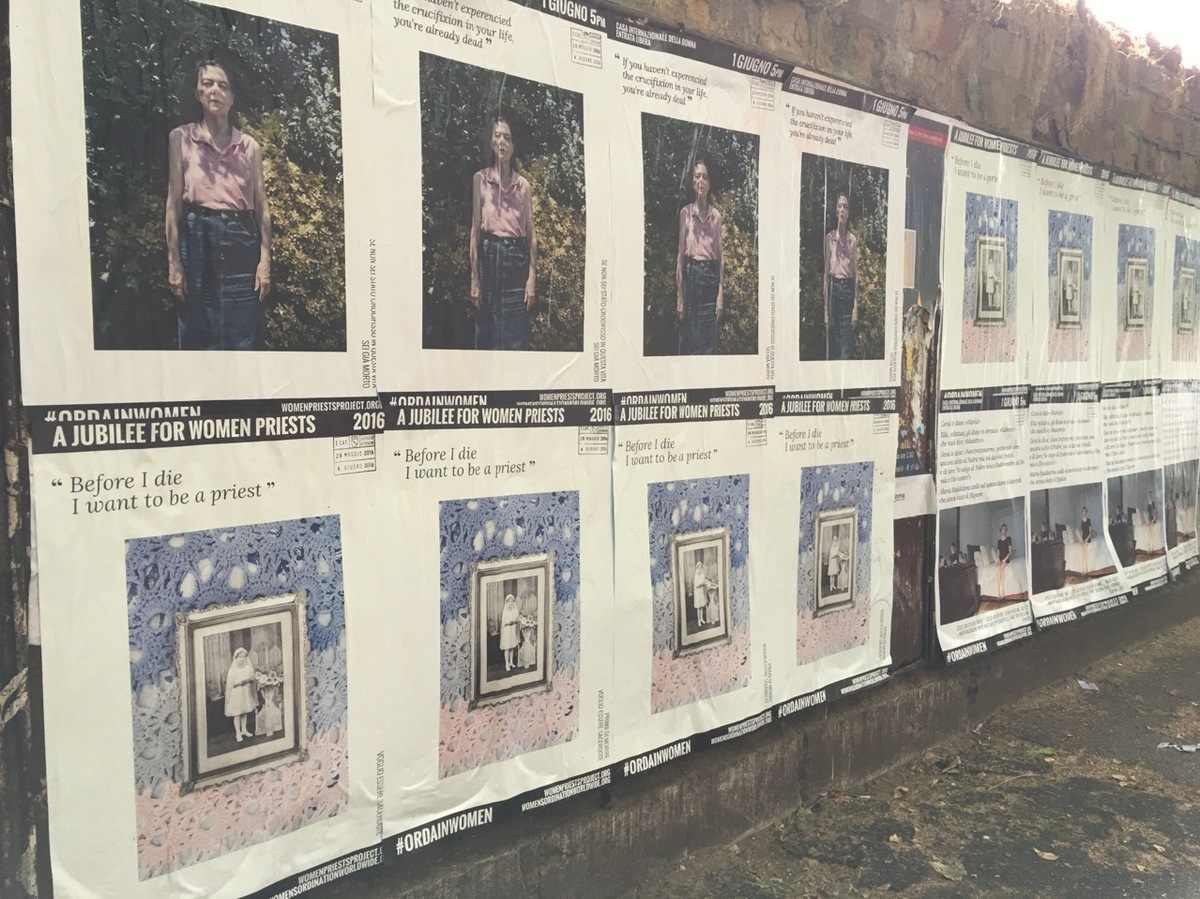 Posters touting the Women Priests Project along a wall.

Father Tony Flannery, whose support for women priests was one reason the Vatican suspended him from public ministry, also took part in this week's discussion. He rejected the claim that since Jesus' disciples were male, only men can minister the sacraments in persona Christi, or "in the person of Christ."

"Now that is such a ridiculous argument," he said. "In fact, that argument has its rightful place back at the time of the flat earth and the persecution of Galileo."

Panelist Jamie Manson, columnist and book editor at the National Catholic Reporter, said a female priesthood would be an important signal in a world where women suffer disproportionately from violence, poverty, lack of education and trafficking.

"Imagine if a church of one billion people, with this charismatic, rock star pope, suddenly said to the world, that women are equal to men," Manson said. "Imagine the power that would have over cultures across the world, where this patriarchal idea of women's subservience to men is at the root of all that women suffer globally." 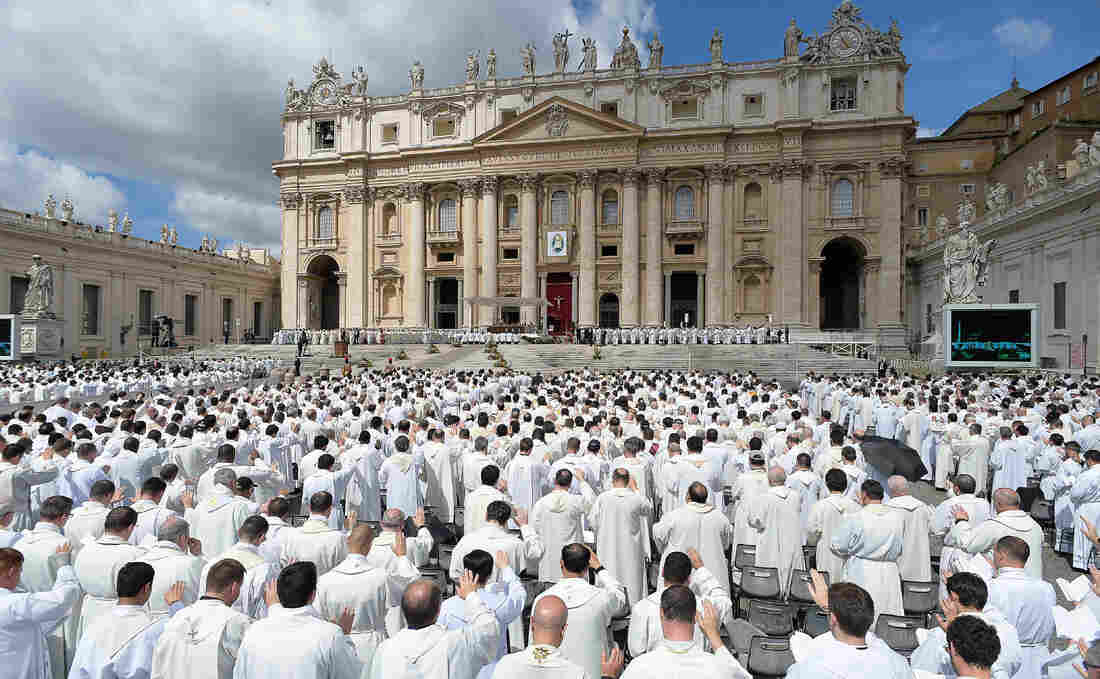 Pope Francis celebrates a Jubilee Mass for priests in St. Peter's Square at the Vatican on Friday. AP hide caption 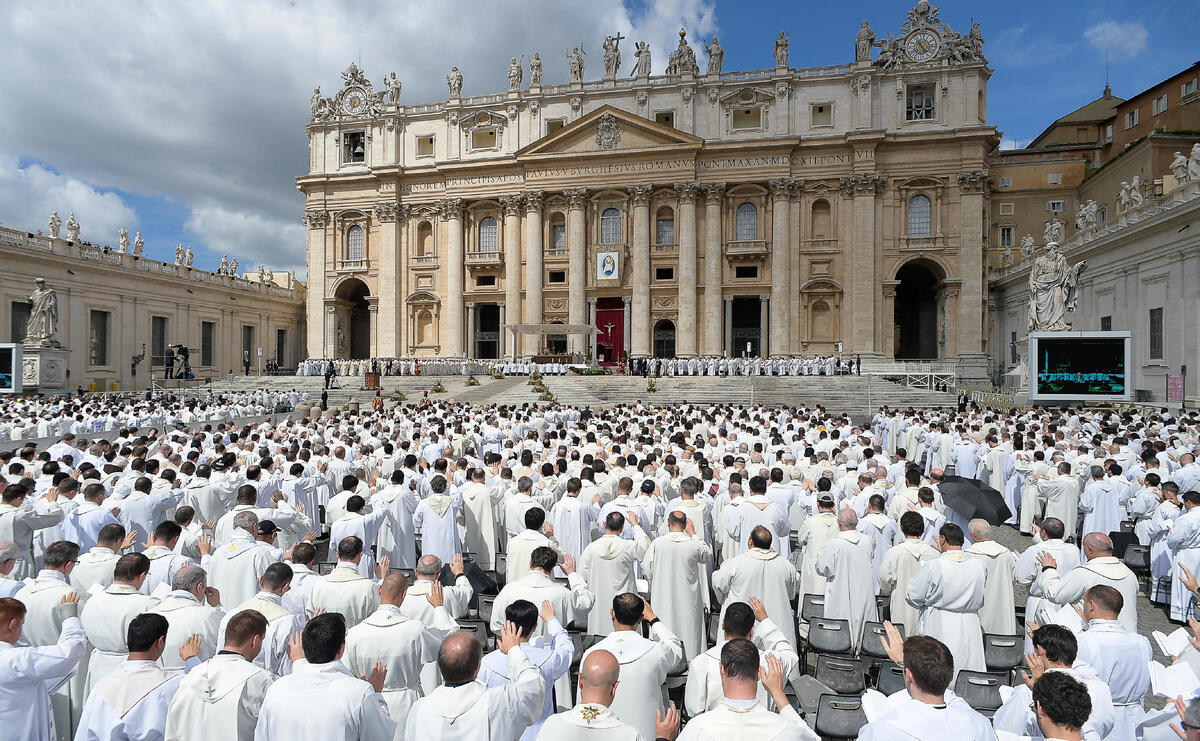 Pope Francis celebrates a Jubilee Mass for priests in St. Peter's Square at the Vatican on Friday.

The next day, the organizers of the unofficial jubilee of women priests gathered in the shadow of St. Peter's dome in their first official public demonstration in this city.

There are some 150 women worldwide who function as priests, in defiance of the Catholic Church. They perform baptisms and weddings and celebrate mass in house churches.

But after Pope Benedict issued a decree in 2010, all those women were automatically excommunicated from the church.

Some of those pioneering women priests also came to Rome this week, and they scored another first.

Janice Sevré-Duszynska, who was ordained by a bishop in Kentucky in 2008, says she and another woman were received by an official in the Secretariat of State, one of the Vatican's top departments.

"We talked to a wonderful priest, we were able to give our letter to Pope Francis, our petition to lift our excommunciations and stop all punishments against our supporters as well as begin a dialogue with women priests," she said.

While we spoke, police officers approached. A policewoman in civilian clothes asked, "You're here to promote the role of women in the church? To let women become priests like men? Put them on an equal footing?"

When asked what she thought about this, she laughed and said, "Oh, I'm just a police officer."

But it does seem the policewoman went out of her way for this group. She and her men escorted the protesting women all the way into St. Peter's Square, where Pope Francis was preparing to celebrate mass for thousands of ordained male priests.