Accessibility links
In U.S.-China Talks, The Metaphors Flow Freely : Parallels Ancient Chinese poetry and quick metaphors are the go-to rhetorical aids in the latest meet-up between American and Chinese counterparts. 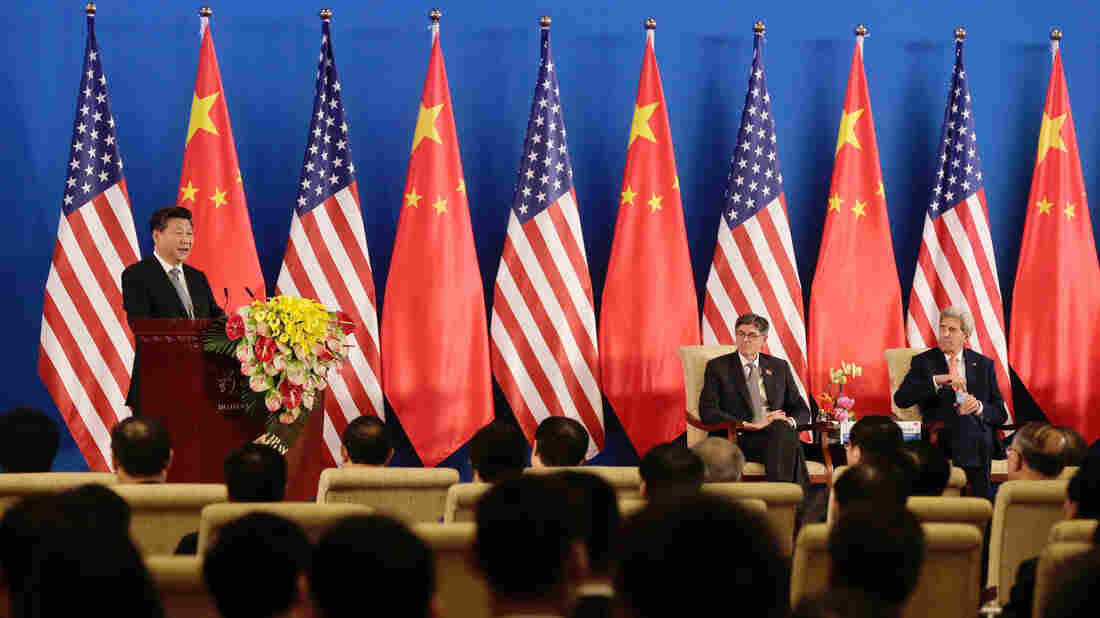 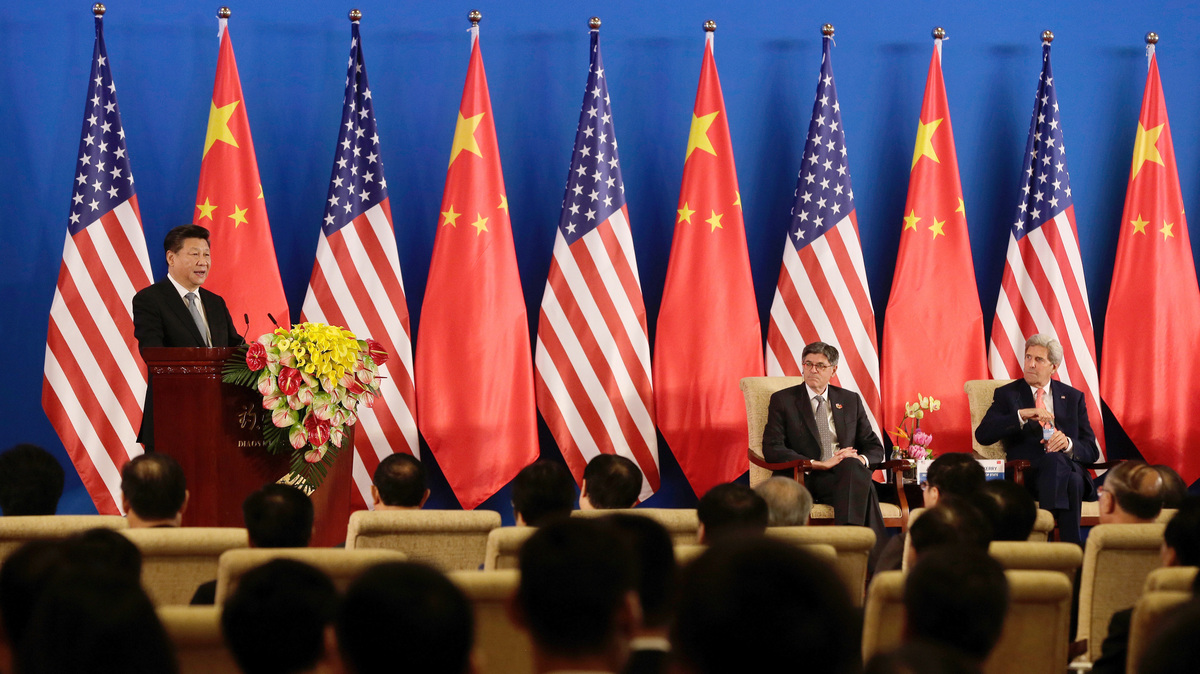 A Rocky Time In U.S.-China Relations As Leaders Meet In Beijing

The conversations in Beijing at high-level talks between the U.S. and China are quite serious. Leaders are covering a lot of ground — everything from climate change to currency, even outer space. But the language used in these discussions? Rather colorful.

This is China, after all — a civilization around for millennia. So, to describe the complex U.S.-China relationship, Chinese President Xi Jinping quoted a poet from the thousand-year-old Song Dynasty.

"Thick mountains could not stop the river from flowing into the sea," Xi said on Monday. "In fact, all rivers have to travel a meandering course before reaching their destination."

U.S. Secretary of State John Kerry responded in his opening speech with a different Chinese selection, but on the same general theme of working together. We think.

"Even a thousand-story tower starts with small piles of earth," Kerry intoned.

The metaphors continued in working sessions. When a small group of press was let into the very end of a closed meeting, NPR's microphone caught this one from U.S. Treasury Secretary Jack Lew, on the folly of greening the power sector while continuing to build coal plants.

"It's like trying to fill a bucket with water when the bucket has holes. It just doesn't work," Lew said.

The issues Chinese and American leaders are working through can get rather detailed, and in the current geopolitical climate ever more difficult to untangle.

"If you use the flowery metaphors, it gives them a little cover, but also allows them to make a point," says Jonathan Aronson, professor of communication and international relations at the University of Southern California. "So poets are always good, ancient philosophers are always good [to quote]. Because no one understands exactly what they said."

"We should be ambitious, in building that tower," Kerry said Monday.

Towers as a diplomatic bridge. (Sorry for the mixed metaphor.)