Accessibility links
Saudi Arabia Dropped From List Of Those Harming Children; U.N. Cites Pressure : Parallels United Nations chief Ban Ki-moon says he delisted Saudi Arabia because of threats to cut U.N. funding and "the very real prospect that millions of other children would suffer grievously" as a result. 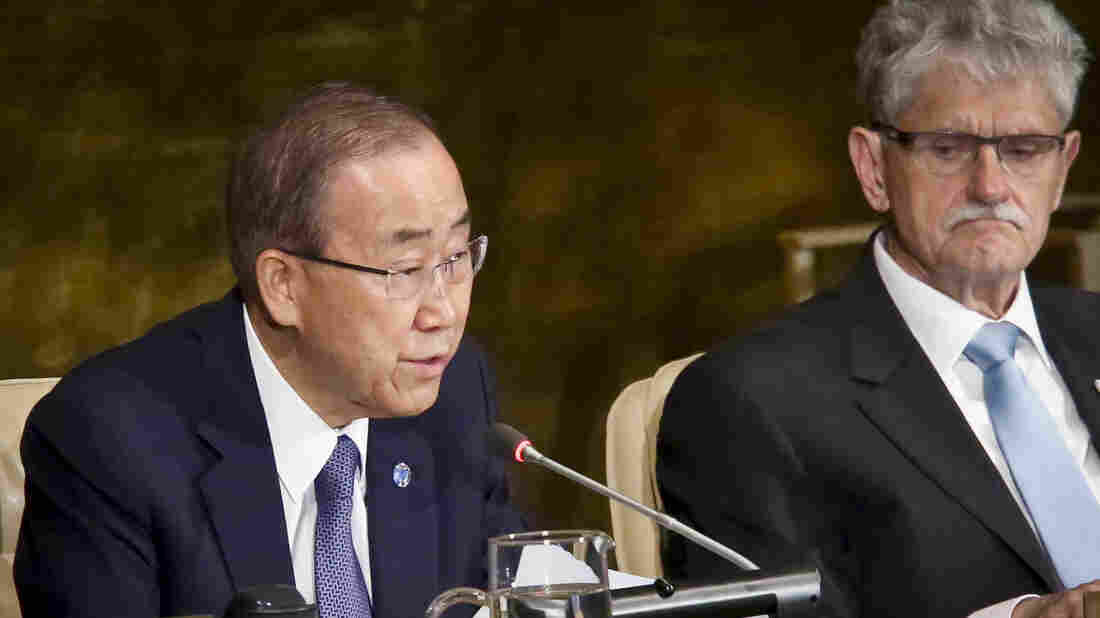 U.N. Secretary-General Ban Ki-moon speaks at the United Nations on Thursday. In a surprising admission, Ban said he came under pressure to remove Saudi Arabia from a list of countries that harm children. The Saudis had been placed on the list because of their bombing campaign in Yemen. Bebeto Matthews/AP hide caption 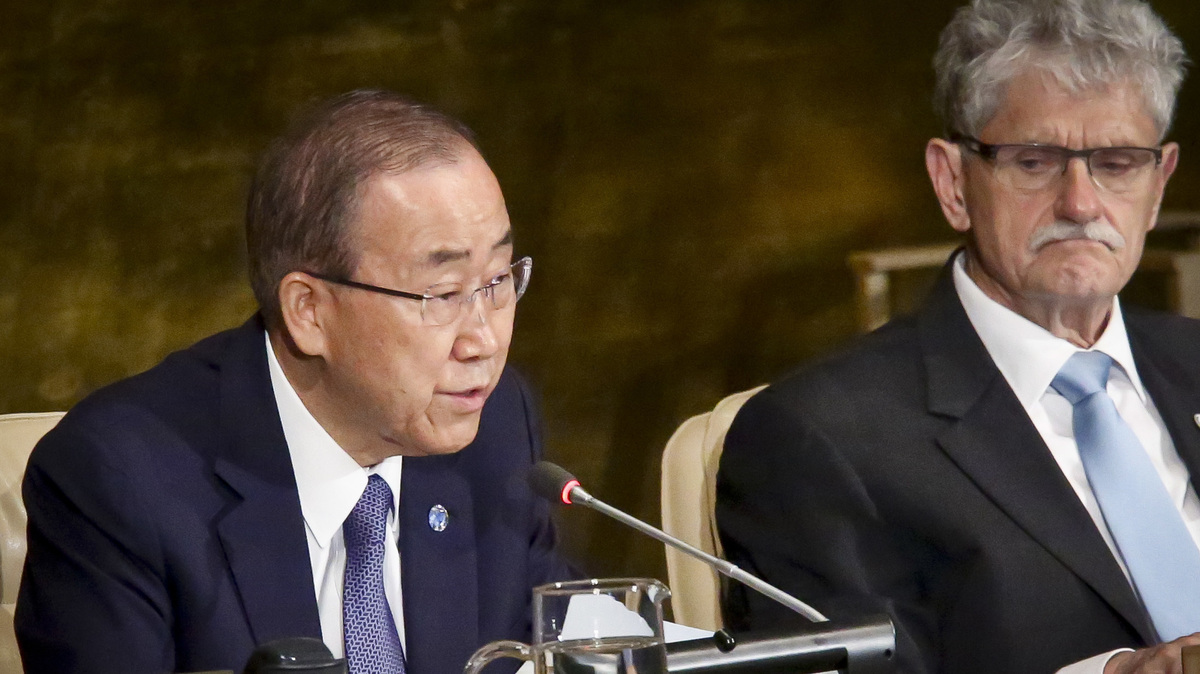 U.N. Secretary-General Ban Ki-moon speaks at the United Nations on Thursday. In a surprising admission, Ban said he came under pressure to remove Saudi Arabia from a list of countries that harm children. The Saudis had been placed on the list because of their bombing campaign in Yemen.

United Nations Secretary-General Ban Ki-moon made a startling admission Thursday, saying he bowed to pressure over a report that blasted Saudi Arabia for child casualties that have resulted from its bombing campaign in Yemen.

Ban called it one of the most difficult choices he had to face. The U.N. report on children in armed conflict worldwide describes, in Ban's words, "the horrors no child should have to face."

The report held Saudi Arabia and its coalition partners responsible for about half of the attacks on schools and hospitals and 60 percent of the nearly 2,000 children killed and injured. The report stands, but Ban said he made a "decision to temporarily remove the Saudi-led coalition countries from the report's annex," which lists those who violate children's rights.

He made clear that U.N. funding was at stake. "I also had to consider the very real prospect that millions of other children would suffer grievously if, as was suggested to me, countries would de-fund many U.N. programs," he said.

He didn't name the countries that threatened to cut off funding to the U.N., but it was clear he came under pressure from Saudi Arabia and other coalition members.

"It is unacceptable for member states to exert undue pressure," Ban added.

Minutes after Ban spoke, Saudi Arabia's ambassador to the United Nations, Abdallah al-Mouallimi, stepped to the microphone at the U.N. in damage-control mode.

He said in his meetings he did not threaten to withhold funds to the U.N. But he did take issue with the report, noting that Saudi Arabia was not consulted before it was published.

This isn't the first time the U.N. has caved to pressure on its annual report on children in armed conflict.

Last year, according to human rights activists, the U.S. lobbied to make sure Israel wasn't put on the list for its 2014 battle with Hamas in the Gaza Strip.

That was an unfortunate precedent, said Eva Smets, director of the advocacy group Watchlist on Children and Armed Conflict.

"It is very important that there's no double standards being applied in composing this list," she said. "That you get on this list, no exception, if you violate children rights."

Another activist, Sarah Lee Whitson of Human Rights Watch, says it is outrageous that the U.N. secretary-general has shown once again he can be bullied.

"There's a reason why the secretary-general called this a list of shame," Whitson said. "It's meant to shame countries that are abusive and have been the worst abusers of children. The notion that you can get off it if you scream loud enough and are rich enough is scandalous."

In Yemen, hundreds of children have died in what she describes as a devastating and reckless aerial campaign by the Saudis and their coalition partners, which include several other Arab states in the Gulf.

The Saudis are fighting against Houthi rebels who control Yemen's capital, Sanaa, and other key parts of the country. The Saudis say their archrival, Iran, backs the Houthis.

"It's been such an ugly bombardment campaign that it's clear that the secretary-general had no choice but to put them on the list," Whitson said. "Because if they were not on the list their absence would be galling and shocking."

Mouallimi, the Saudi ambassador, said his country's delisting was permanent.

Human Rights Watch and others are lobbying hard, though, to get the Saudis put back on the list.