Accessibility links
Decades After Cold War's End, U.S.-Russia Espionage Rivalry Evolves : Parallels In the 1980s, the FBI and NSA dug a tunnel for espionage purposes beneath the Soviet Embassy in Washington. The spy rivalry continues, but how has the game changed since the fall of the Soviet Union? 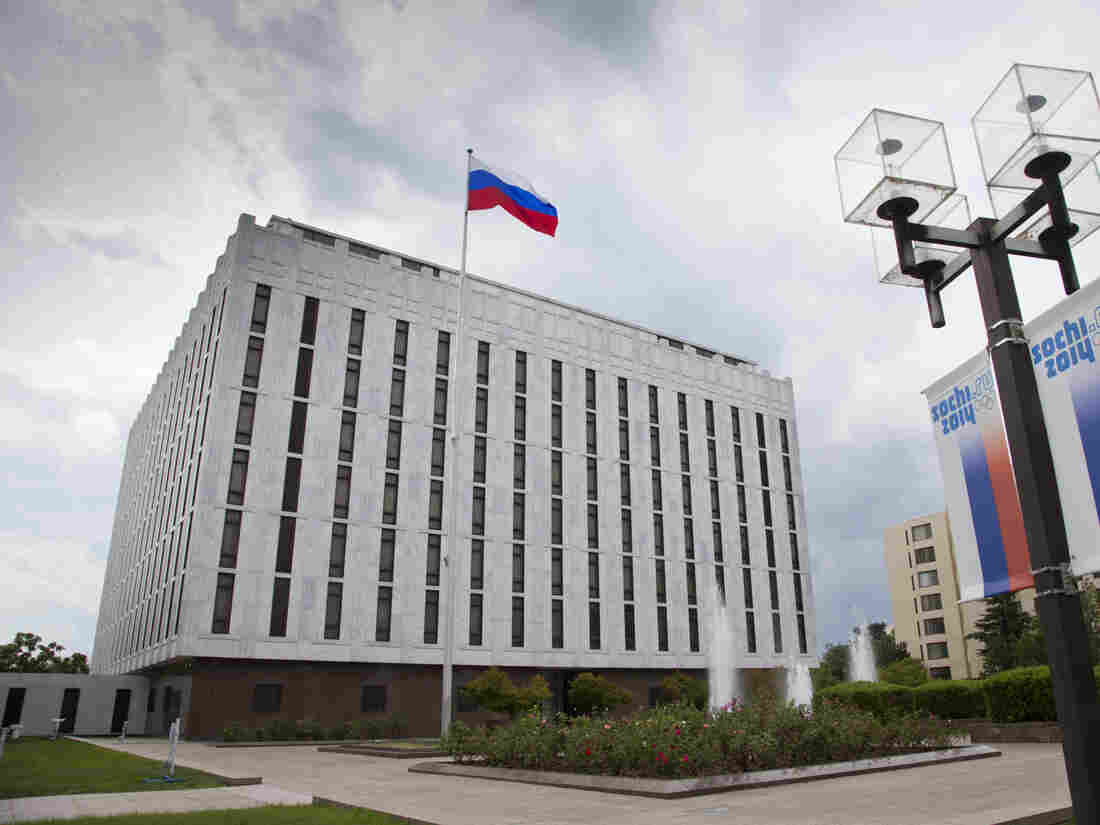 At the height of the Cold War, the FBI and the National Security Agency built a secret tunnel beneath the Russian Embassy (shown here in 2013), so that American spies could eavesdrop on what was happening inside. J. Scott Applewhite/AP hide caption 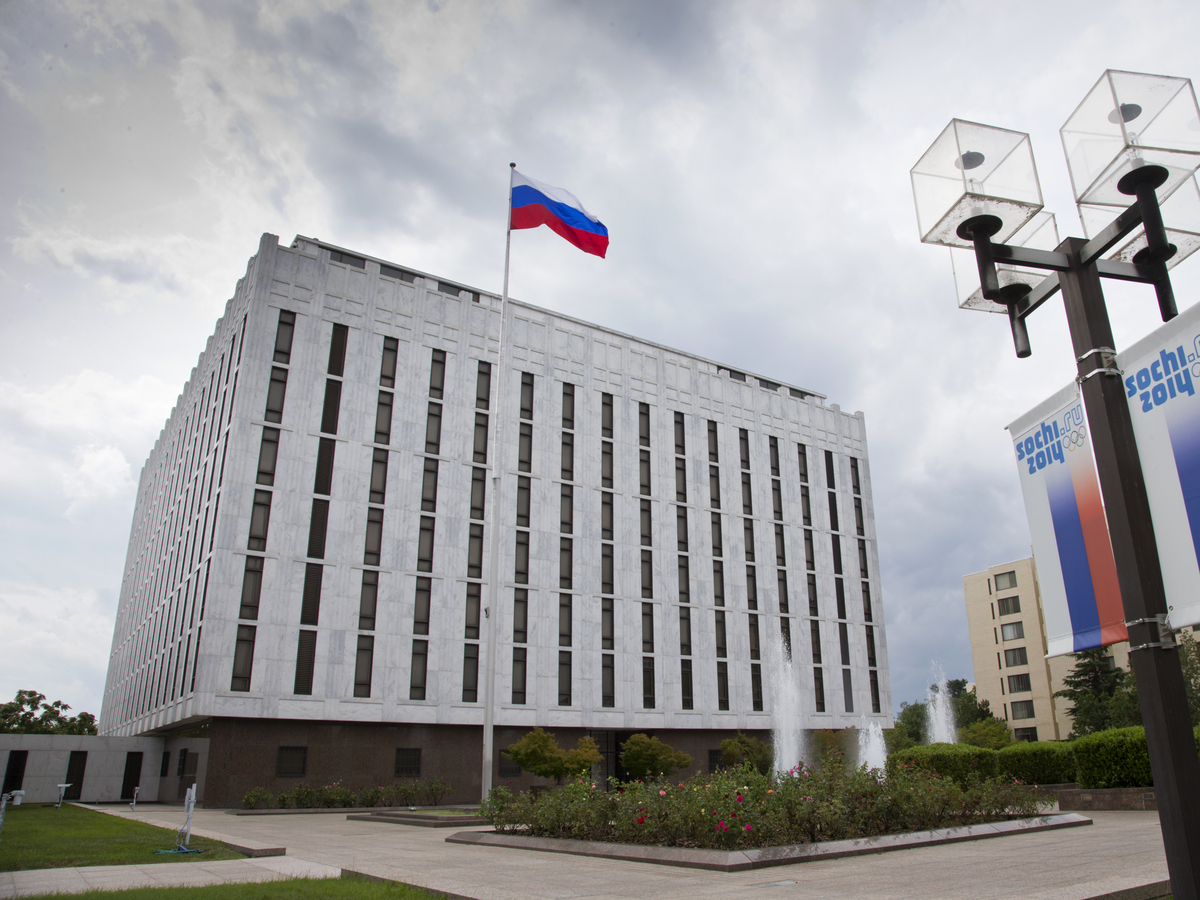 At the height of the Cold War, the FBI and the National Security Agency built a secret tunnel beneath the Russian Embassy (shown here in 2013), so that American spies could eavesdrop on what was happening inside.

High on a hill, in a leafy, residential neighborhood between Georgetown and the National Cathedral in Washington, D.C., the Russian Embassy sits behind tall gates. It was right here, in the 1980s, at the height of the Cold War, that the FBI and the National Security Agency built a tunnel — a secret tunnel that started beneath one of the pleasant-looking houses lining Wisconsin Avenue and extended over to the neighboring embassy.

It was built so that American spies could eavesdrop on what was happening inside.

If you thought that sort of thing ended with the Cold War, think again. U.S. officials say hundreds of Russian spies operate today inside America's borders — perhaps even more than when the Soviet Union collapsed 25 years ago. The Russians are busy trying to steal U.S. economic, military and political secrets.

Meanwhile, their American counterparts are busy trying to return the favor.

U.S. intelligence officials have never confirmed exactly which house the tunnel was dug beneath or where it ended. Nor have they ever publicly commented on how much it cost — or on the biggest question of all, whether the enterprise produced any decent intelligence. 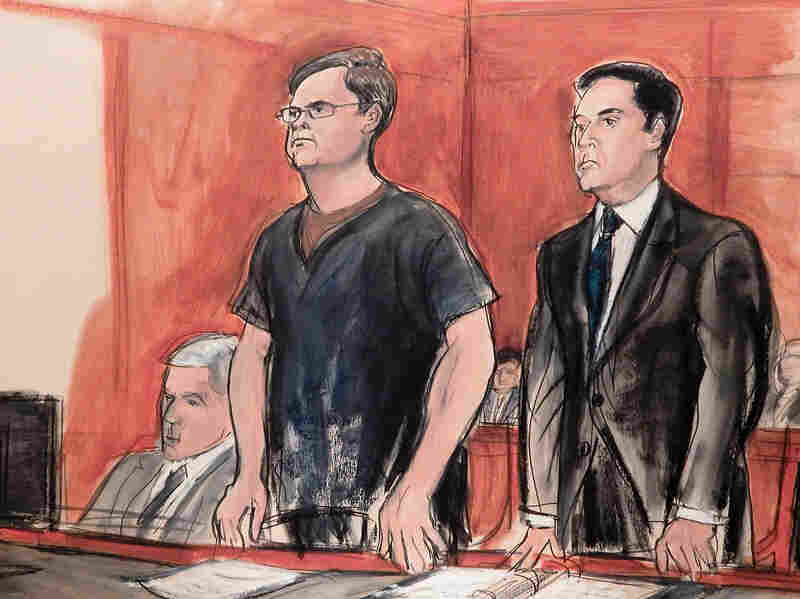 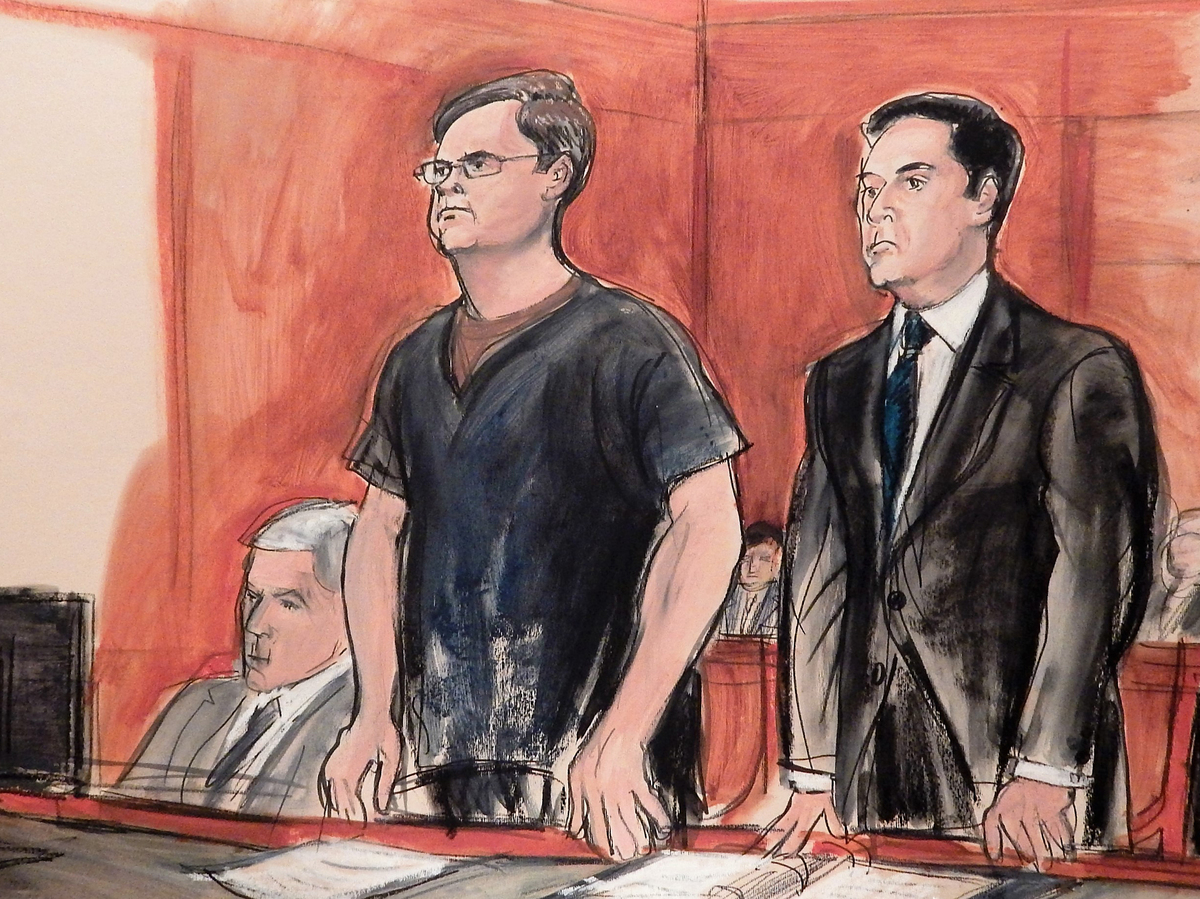 In this courtroom drawing, Russian banker Evgeny Buryakov (left) stands with attorney Scott Hershman during sentencing on espionage charges on May 25 in New York.

Even now, they are so reluctant to discuss it that if you put a question about the tunnel to intelligence officials today, they squirm. But eventually, they concede that such surveillance isn't a thing of the past.

"Um..." says Joel Brenner, the former director of U.S. counterintelligence. He hesitates. Finally, he says: "That still goes on."

In our era of Wi-Fi, I ask him, is it really still worth it to burrow under another country's embassy for espionage purposes?

It still goes on in a world where technology is radically changing the way all of us — including spies — do our jobs.

Think of it this way: In the classic spy-versus-spy rivalry — CIA versus Soviet-era KGB — nobody had a smartphone.

"During the Cold War," says Brenner, "if we had wanted to do a surveillance operation against a Russian military or diplomatic target, we would have been attacking technology that was not used by anybody else outside the Warsaw Pact."

Now U.S. spy agencies are often up against commercial cellphones that anybody can buy, and that makes the task even harder, Brenner says. Witness the recent FBI-Apple showdown over access to the iPhone used by one of the shooters in the December San Bernardino terrorist attack.

Advances in technology have changed the spy game in countless other ways. Operatives now have access to voice and facial recognition, fingerprint scanners, retinal scanners. One CIA veteran, who spoke on condition that he not be named, told me: "Try to run an agent against the Russians these days, you'll need about half-a-second to realize everything leaves a digital trace."

Of course, that's true of any target, Russian or otherwise.

Evelyn Farkas, who until last year was the top Russia official at the Pentagon, says Russia poses a particular challenge for U.S. spy agencies — because they've been distracted. A whole generation of ambitious, young recruits has focused instead on terrorism, the Middle East, al-Qaida and ISIS.

"So the Russia beat for intel folks was a more quiet one, frankly speaking, over the last couple decades," Farkas says. "And now, it's quite hot. And we have to find linguists, we have to find people who can analyze all the information that we have to find coming in, in Russian and other languages."

Back at the Russian Embassy, they do not have this problem. That's because Russian spies — both the ones operating from behind these walls, and those working under nonofficial cover, the ones Moscow calls "illegals" — never lost their focus on America.

That's the consensus of a dozen current and former American officials interviewed for this story, most of whom declined to speak on the record. One who did is Fiona Hill, formerly the National Intelligence Council's top Russia expert, now at the Brookings Institution.

"For them, the United States was the opponent, the adversary," Hill says. "The main adversary — they used to call [the U.S.] the 'glavnyy protivnik.' And it's the worthy adversary as well."

Want proof that, from Russia's point of view, the spy war between East and West never ended?

Look no further than a Manhattan courtroom. A Russian banker named Evgeny Buryakov was sentenced to 2 1/2 years in prison and fined $10,000 last month. He'd been charged with spying on Wall Street and pleaded guilty to "conspiring to act as an unregistered Russian agent."

U.S. Attorney Preet Bharara, who was in charge of the case, summed it up this way: "More than two decades after the end of the Cold War, Russian spies still seek to operate in our midst under the cover of secrecy."