Accessibility links
Britain's 'Brexit' Vote Has Echoes Of The U.S. Presidential Race : Parallels With its anti-immigrant rhetoric and talk of unfair trade, the pro-Brexit campaign shares themes with Donald Trump's presidential run in the U.S. 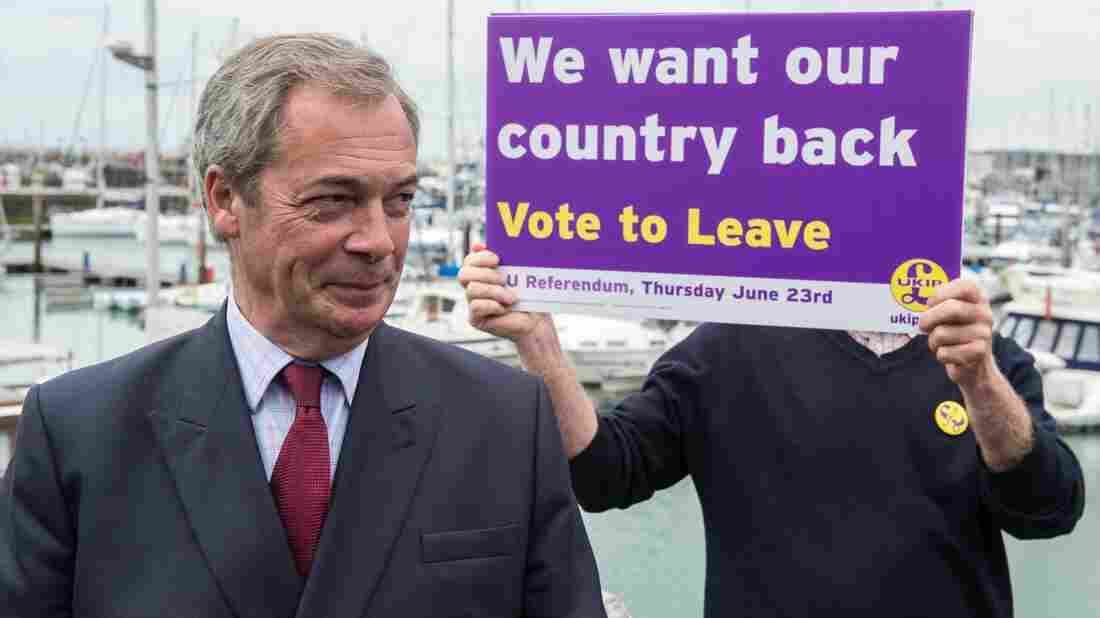 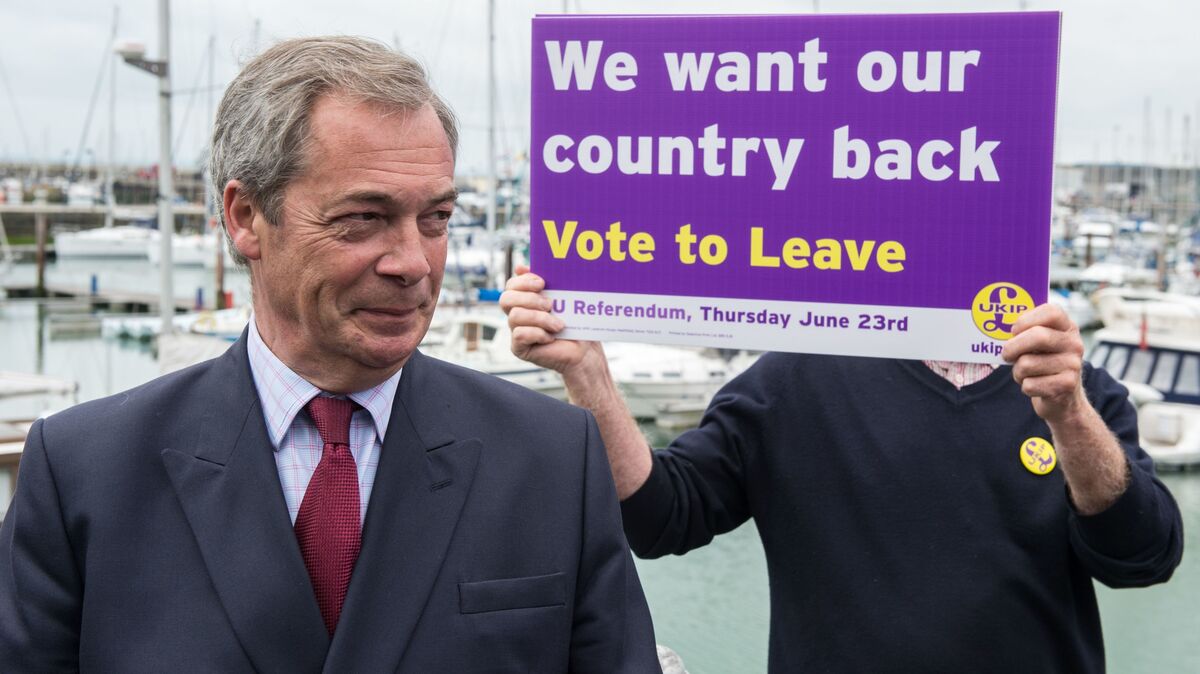 When American Erik Bidenkap arrived in London from the U.S. six weeks ago, he thought he was leaving behind the toxic politics of the U.S. presidential race.

Bidenkap said he was hoping for a more intellectual, perhaps even philosophical, discussion of the question U.K. citizens will decide Thursday: whether to leave the European Union.

"I expected there would be more civility, politeness, I guess," Bidenkap said over pints at a pub near his apartment in London's Notting Hill section. "I expected the conversation to be of a higher level."

Instead, he found what he called the same kind of scare tactics, particularly focused on immigrants and Muslims. He said one group backing the United Kingdom's exit from the EU — or "Brexit" as it's known — tried to capitalize on the recent mass shooting at a nightclub in Orlando, Fla.

"Islamist extremism is a real threat to our way of life," read a message posted on Twitter by Leave.Eu. "Act now before we see an Orlando-style atrocity here before too long."

In his brief time here, Bidenkap said he found that some similar issues — globalization and economics — are driving the Brexit and U.S. presidential campaigns.

"In America, politicians are saying, 'We're losing to China, we're losing to Mexico, they're stealing our jobs,'" said Bidenkap, 33. "Here in Great Britain — same thing — you've got these open economic borders, this open economic zone with the rest of the continent and people are feeling like they're losing their jobs, they're not able to sell their goods at a fair price."

Britain's Bookies: Odds Are U.K. Will Stay In E.U.

If Your Job Is To Attract Investments Here, Then 'Brexit' Could Hurt

Comparisons Between Trump And Farage

The key politicians championing these arguments on either side of the Atlantic are Nigel Farage of the nationalist U.K. Independence Party and Donald Trump, the presumptive Republican nominee. Trump has talked about banning Muslims from entering the U.S. and about Mexican "rapists" crossing the border. Last week, Farage unveiled a billboard of a photo of a line of hundreds of refugees. "Breaking Point," the billboard read.

"I'd put them in the same box," said Elizabeth Evans, a county councilor with the Welsh Liberal Democrats, chatting on the street one afternoon in Aberystwyth, a small city on the Welsh coast. Evans says Farage, like Trump, is a charismatic populist who has tapped into public frustration.

Farage "based his whole rhetoric, his whole story around immigration," she said. "And when I hear Donald Trump, I just hear comparisons in what they're saying."

Analysts say some of the same economic factors that fueled the rise of Trump are also driving the Brexit debate.

"Both in Britain and America there are millions of people who haven't seen their incomes move ahead," said Frank Luntz, an American pollster and communications consultant who has done work in Britain for decades.

Luntz, who is in London for the referendum, said Trump and Brexiteers like Farage appeal to people who've never quite recovered from the global financial crisis and feel abandoned by establishment politicians.

Americans "believe that the political system and economic system is rigged against them," said Luntz. "That same sentiment is happening in Britain with about 70 percent believing elites are hostile and actually making their lives more difficult — the very people who were elected to listen and learn and help people get through their day-to-day lives."

Both the Trump and the Brexit campaigns are trying to reverse globalization, which is attractive to many of the millions of workers in both countries who've been left behind. Thomas Wright of the Brookings Institution, a Washington think tank, sees this as a worrisome moment.

"It does appear we are at a tipping point in terms of the future of our politics," says Wright. "Does it continue to be a politics that is generally outwardly focused, focused on an open global economy and opportunity and optimism? Or is it one that is nationalistic and more inward looking and more about closing countries off?"

Wright says the stakes for the future economic cooperation among countries are high. This week's vote in the United Kingdom and November's ballot in the U.S. may begin to tell us which way the Western world is headed.