Accessibility links
Brexit Results: What's Next For The United Kingdom And The European Union? : Parallels The United Kingdom will be getting a new prime minister soon, and that leader will have to negotiate the country's exit from the EU, a process that could take up to two years. 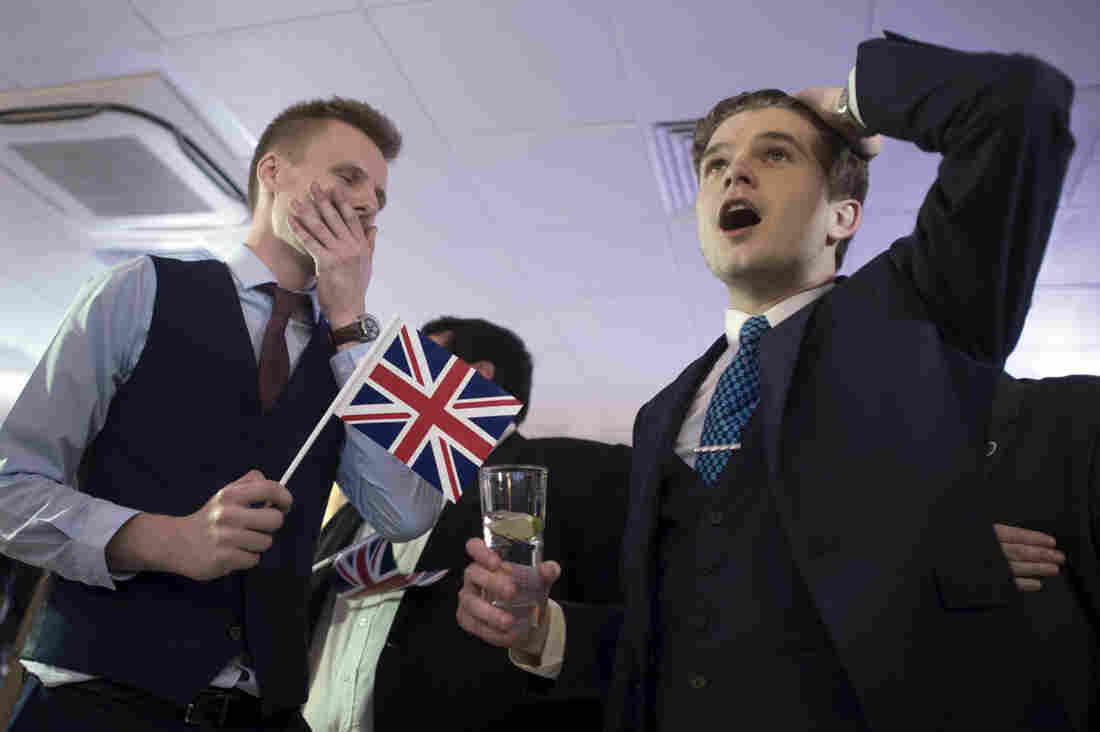 Supporters of leaving the EU celebrate at a party hosted by Leave.EU in central London as they watch results come in from around the country after Thursday's EU referendum. Stefan Rousseau/PA/AP hide caption 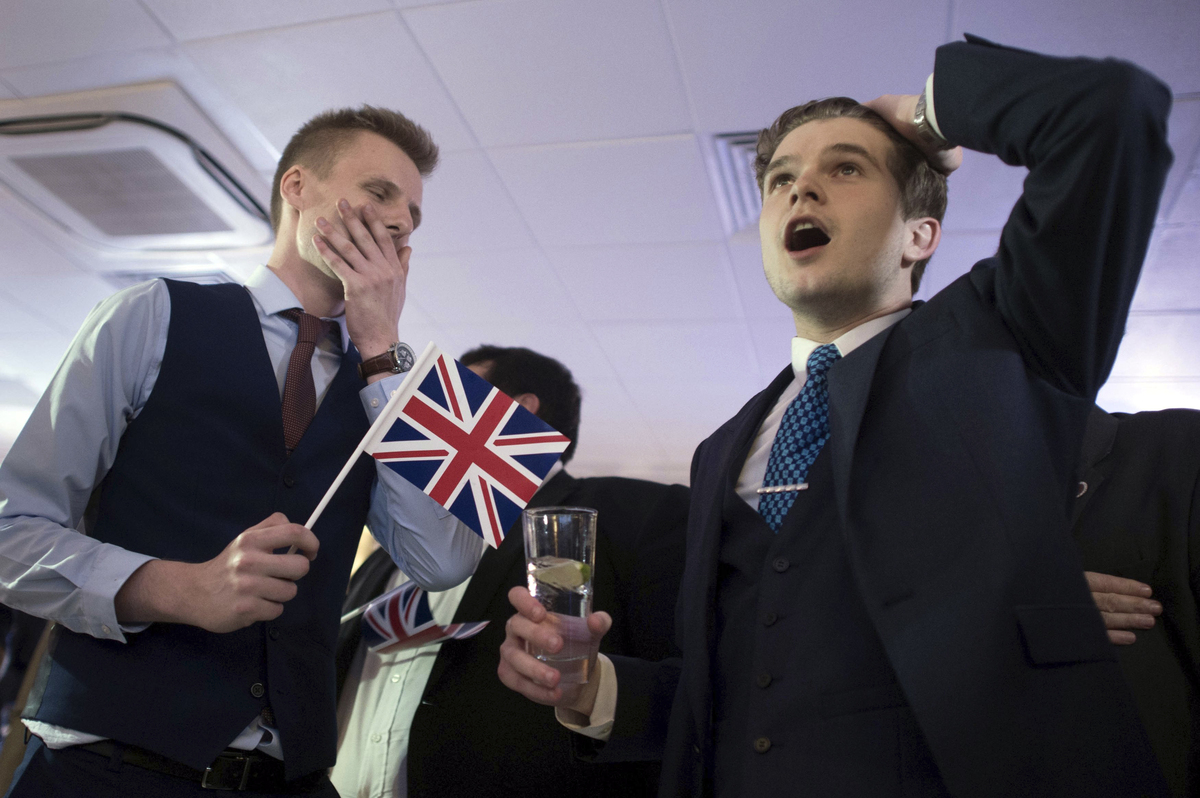 Supporters of leaving the EU celebrate at a party hosted by Leave.EU in central London as they watch results come in from around the country after Thursday's EU referendum.

United Kingdom voters sent shockwaves across Europe and beyond with their vote to exit the European Union. The "Brexit" vote stunned the country's political elite, the financial markets and British bookmakers, all of whom had expected a very close vote in favor of remaining in the European Union.

Instead, Britain now finds itself in uncharted waters, and looking for a new captain. Prime Minister David Cameron, just days after vowing that "Britain never quits," says he'll be stepping down by October.

"I fought this campaign in the only way I know how, which is to say directly and passionately what I think and feel, head, heart and soul," he said outside the prime minister's office at 10 Downing St.

"But the British people have made a very clear decision to take a different path, and as such I think the country requires fresh leadership to take it in this direction."

Cameron will stay on as a caretaker, but said a new prime minister should be in place by the time his Conservative Party holds a party conference in October.

How are financial markets reacting?

The British pound plunged to 31-year lows, stock markets around the world churned, and the governor of the Bank of England, Mark Carney, stepped forward to reassure markets and bankers that nothing will be changing immediately. He said the Bank of England has 250 billion pounds in assistance at the ready, and will take all necessary measures to maintain market stability.

How will the U.K. and the EU divorce?

The vote itself does not immediately remove Britain from the EU, which is based in Brussels. The British government must notify the EU of its intention to withdraw from the union, which will trigger Article 50 of the Lisbon Treaty, one of the EU's fundamental documents.

Article 50 envisions a two-year window to negotiate the terms of Britain's withdrawal, and to set in place whatever new agreements can be reached. There are provisions for extending the two-year period, if all members agree. Much remains unknown, as this has never happened before in the EU, which now has 28 members, including the U.K.

Cameron's announcement that he'll be gone within months suggests that this negotiating process won't begin in earnest until the fall.

Who are the winners and losers?

The biggest loser is Cameron, who just last year was being hailed for his electoral skills after bringing the Conservative Party a clear governing majority. Cameron decided to hold the EU referendum because he thought it would be a way of getting the Euro-skeptics in his own party to "stop banging on about Europe," as he once said.

Philip Cowley, professor of politics at Queen Mary College London University, said before the vote that "it would be remarkable if someone who had taken the party back into power, then managed to win a majority against all odds, found himself kicked out within a year because he gambled on something he never wanted to do in the first place."

That prediction is now coming to pass.

Other losers include Labour Party Leader Jeremy Corbyn, who was roundly criticized for his "half-hearted" support of remaining in the EU. Labour mobilized its resources fairly late in the game, and voters in many Labour strongholds cast ballots in large numbers in favor of the Brexit. Corbyn finds himself in the uncomfortable position of a pro-workers rights politician who's seen as out of touch with his rank and file. 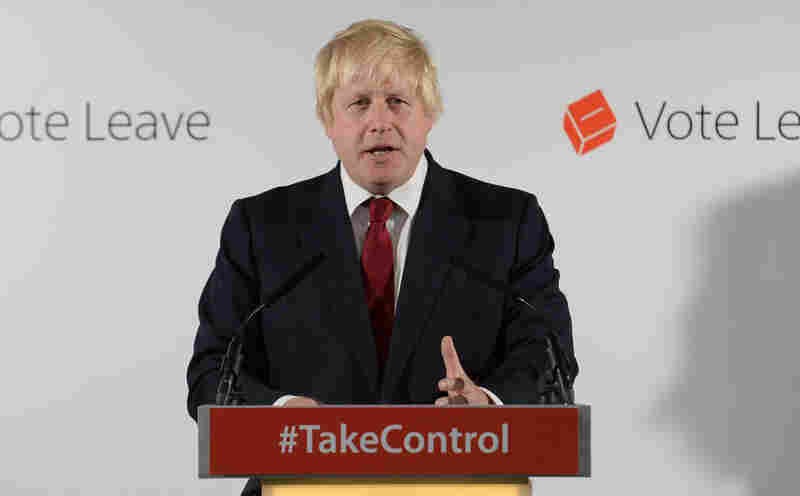 Boris Johnson, a former mayor of London and a strong proponent for Britain's departure from the EU, holds a press conference at Vote Leave headquarters in London on Friday. Johnson is considered a leading contender to replace Prime Minister David Cameron, who announced Friday that he will be stepping down by October. Stefan Rousseau/AP hide caption 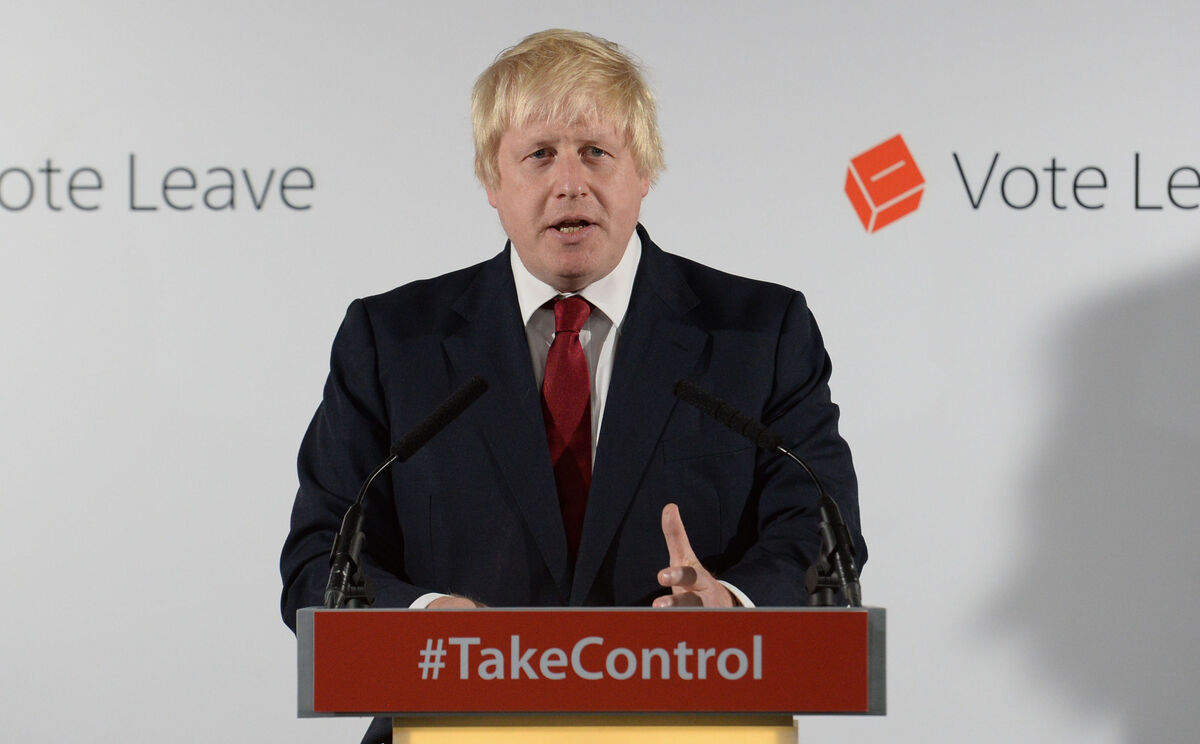 Boris Johnson, a former mayor of London and a strong proponent for Britain's departure from the EU, holds a press conference at Vote Leave headquarters in London on Friday. Johnson is considered a leading contender to replace Prime Minister David Cameron, who announced Friday that he will be stepping down by October.

On the winning side of the ledger, former London Mayor Boris Johnson is seen as a strong contender to replace Cameron in the Conservative Party leadership contest that effectively begins immediately. Other contenders include Justice Minister Michael Gove, a leading Brexit campaigner, and the Home Secretary Theresa May.

And it's unlikely that anyone is celebrating the vote any more thoroughly than Nigel Farage, head of the right-wing U.K. Independence Party (UKIP). Never part of the official Leave campaign and dismissed by his critics as a fringe politician, Farage focused relentlessly on immigration and British sovereignty, two hot-button issues with Leave voters.

Now seen by his supporters as a champion of the working class, Farage called the vote a "victory for real people." He also said he looked forward to other EU countries holding their own referendums.

"The EU's failing, the EU's dying, I hope we've knocked the first brick out of the wall," he said.

EU leaders in Brussels will not be amused by Farage's Berlin Wall analogy, but they will have other worries on their minds: Just like U.K. residents, they awoke this morning to a very different future.