Accessibility links
Reacting To The Brexit Vote, Many World Leaders Express Anxieties : Parallels As markets lurched after Great Britain's vote to withdraw from the European Union, leaders weighed in with worries, expressions of solidarity with the EU — and some soul-searching about its future.

Reacting To The Brexit Vote, Many World Leaders Express Anxieties

Reacting To The Brexit Vote, Many World Leaders Express Anxieties 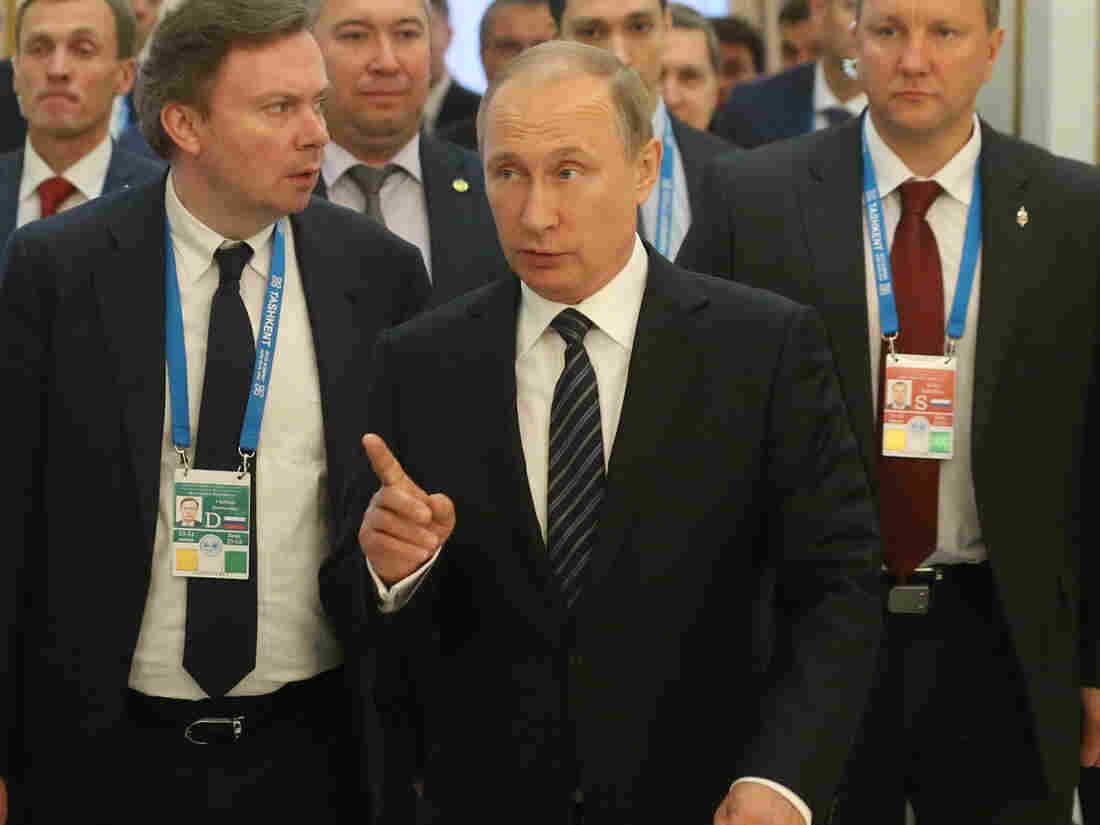 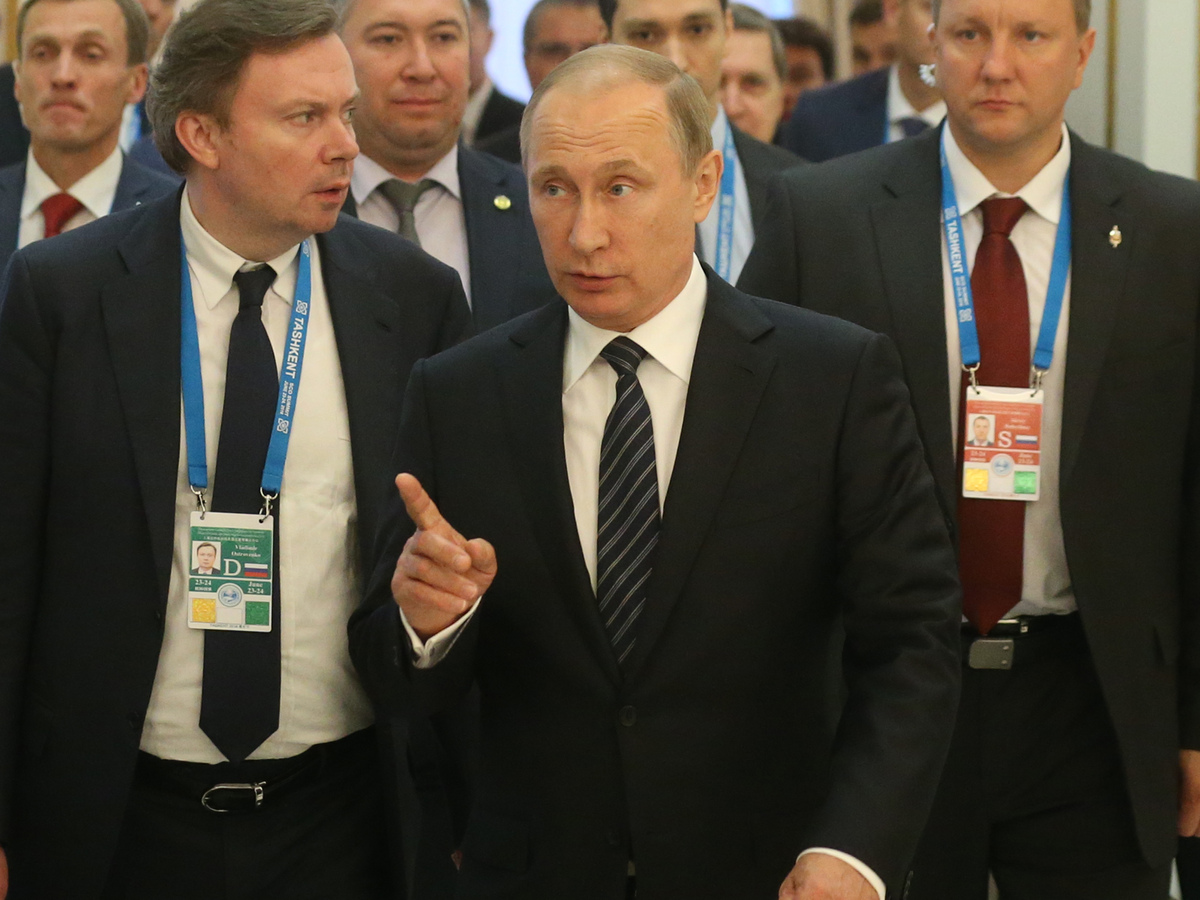 As global markets lurched following Great Britain's vote to withdraw from the European Union, political leaders from around the world weighed in, expressing worry and solidarity with the EU and acknowledging the need to rethink the EU's future. Some opposition leaders cheered Britain's example. A sampling:

EU leaders made it clear they want the U.K. to waste no time in leaving. "The start of the withdrawal procedure must take place immediately and the negotiations between the U.K. and the EU must be speedy: there is no time for delays," European Parliament President Martin Schulz wrote on Facebook.

"In a free and democratic process, the British people have expressed their wish to leave the European Union. We regret this decision but respect it. ... We now expect the United Kingdom government to give effect to this decision of the British people as soon as possible, however painful that process may be. Any delay would unnecessarily prolong uncertainty," said a joint statement by European Council President Donald Tusk and others.

Jens Stoltenberg, NATO's secretary-general, said the alliance would be unaffected by the Brexit: "As it defines the next chapter in its relationship with the EU, I know that the United Kingdom's position in NATO will remain unchanged. The U.K. will remain a strong and committed NATO ally, and will continue to play its leading role in our alliance. ... The alliance remains committed to closer cooperation with the European Union."

European Integration is the best that happened to us in more than 200 years! It's a unicorn, unique in the world. Let's defend + preserve it

President Obama emphasized continuity in the face of change: "The United Kingdom and the European Union will remain indispensable partners of the United States even as they begin negotiating their ongoing relationship to ensure continued stability, security, and prosperity for Europe, Great Britain and Northern Ireland, and the world," he said.

From the Shanghai Cooperation Organization summit in Tashkent, Uzbekistan, Russia's Vladimir Putin said the Brexit vote was understandable: "I think it's comprehensible why this happened: first, no one wants to feed and subsidize poorer economies, to support other states, support entire nations." And second, he said, "Apparently the British people are not satisfied with the way problems are being solved in the security sphere; these problems have become more acute lately with the migration processes."

Hua Chunying, spokeswoman for China's Foreign Ministry, appealed for calm: "The decision of leaving the EU has an impact on everything, and we believe all related parties must calm down and evaluate the situation," she said. "A prosperous Europe is in the interests of all parties and China is willing to keep cooperating with Britain and is fully confident in China-EU ties."

Jitters were felt in Japan, where the stock market plunged on news of the Brexit. "The foreign exchange market and other financial markets need to be stabilized. We are very concerned over the risks to the global economy, and financial and exchange markets," Finance Minister Taro Aso told reporters. "We must respond firmly," said Prime Minister Shinzo Abe. 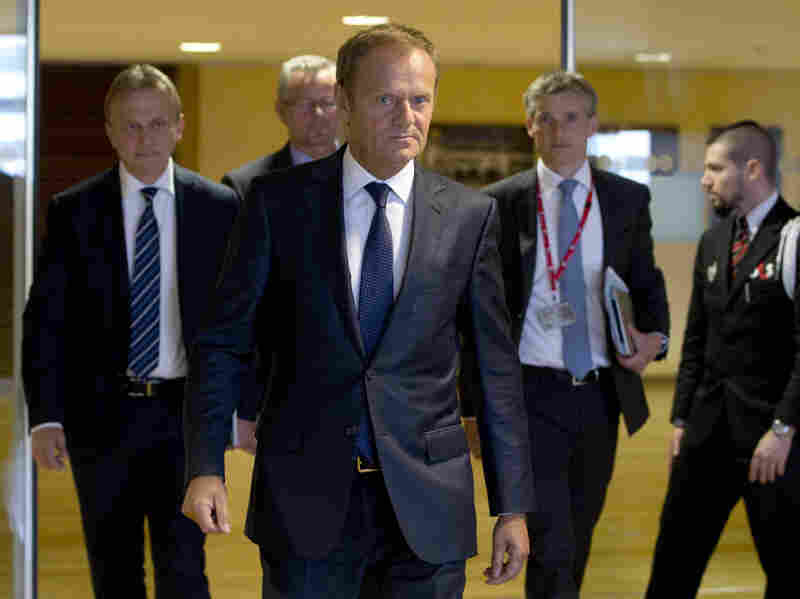 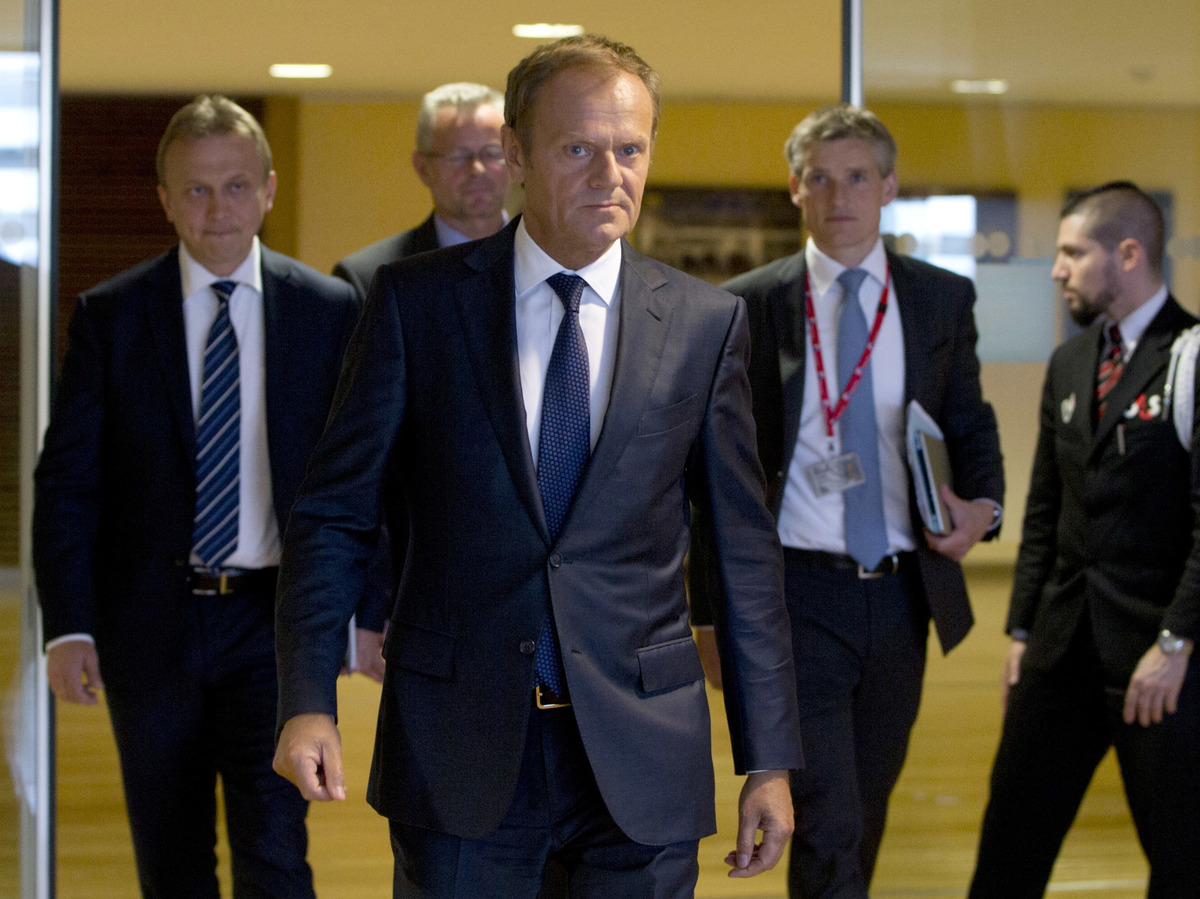 European Council President Donald Tusk (center) arrives for a meeting at EU headquarters in Brussels on Friday. Top European Union officials were hunkering down to ascertain next steps after British voters decided to leave the 28-nation bloc.

In Europe, Britain's vote prodded some soul-searching about the EU's future. "There's no way around it: Today is a watershed for Europe and the European unity process," said Germany's Angela Merkel. Her chief of staff called the EU "a unicorn, unique in the world."

In France, Prime Minister Manuel Valls called the vote an "electrochoc," an explosive shock, and said, "At stake is the breakup pure and simple of the union. Now is the time to invent another Europe." President Francois Hollande tweeted that the vote "puts the European Union in difficulties. We must be aware of its shortcomings."

"The debate and campaigning in the run-up to the referendum should serve as a wake-up call for Europe," warned Sweden's Prime Minister Stefan Lovfen. "They elicited stark polarization and disturbing nationalism. This shows that EU cooperation must be developed and improved."

Hurrah for the British! Now it is our turn. Time for a Dutch referendum! #ByeByeEUhttps://t.co/kXZ0aQtgmx

In Spain, home to the U.K.'s largest expatriate community, Prime Minister Mariano Rajoy said: "Spain will remain committed to the EU. ... We need stability. Above all we will continue defending Spaniards' interests and greater European integration. Spain now has a solid economic base in order to weather the financial turbulence which Brexit could cause. We are prepared." Meanwhile, Spain has called for joint sovereignty over Gibraltar, a British territory that Spain also claims.

In Eastern Europe, leaders made clear their own anxieties. Viktor Orban, the prime minister of Hungary, made pointed remarks about the need to control the flow of migrants, a lightning-rod issue in his country: "Hungary is in the EU because we believe in a strong Europe. But Europe is strong only if it can give answers to major issues such as immigration that would strengthen Europe itself and not weaken it. The EU failed to give these answers."

Other leaders worried that some EU countries might follow Britain's example. "A domino effect on other countries cannot be ruled out," warned Sebastian Kurz, Austria's foreign minister. "One must do everything to prevent other countries from leaving," said the president of Poland, Andrzej Duda.

Fueling these fears, far-right, nationalist politicians in Europe cheered the Brexit vote as a model. Marine Le Pen, who heads France's National Front, tweeted: "Victory for freedom! As I've asked for years, we need the same referendum in France and in the EU countries." And in the Netherlands, Geert Wilders, leader of the Dutch Party for Freedom, exulted: "Hurrah for the British! Now it is our turn. Time for a Dutch referendum!"