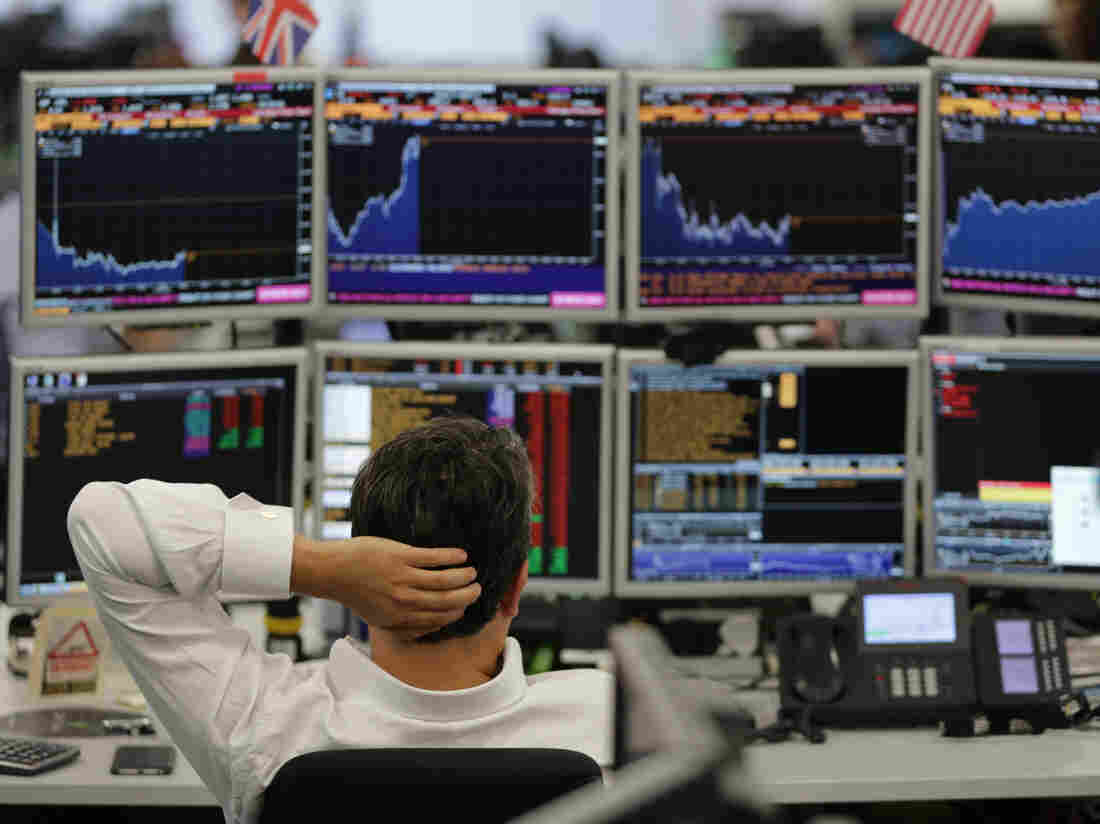 Traders at work at ETX Capital work in central London on Monday. Financial markets in the U.K. and around the world have been in turmoil since the Brexit vote last week. Daniel Leal-Olivas/AFP/Getty Images hide caption 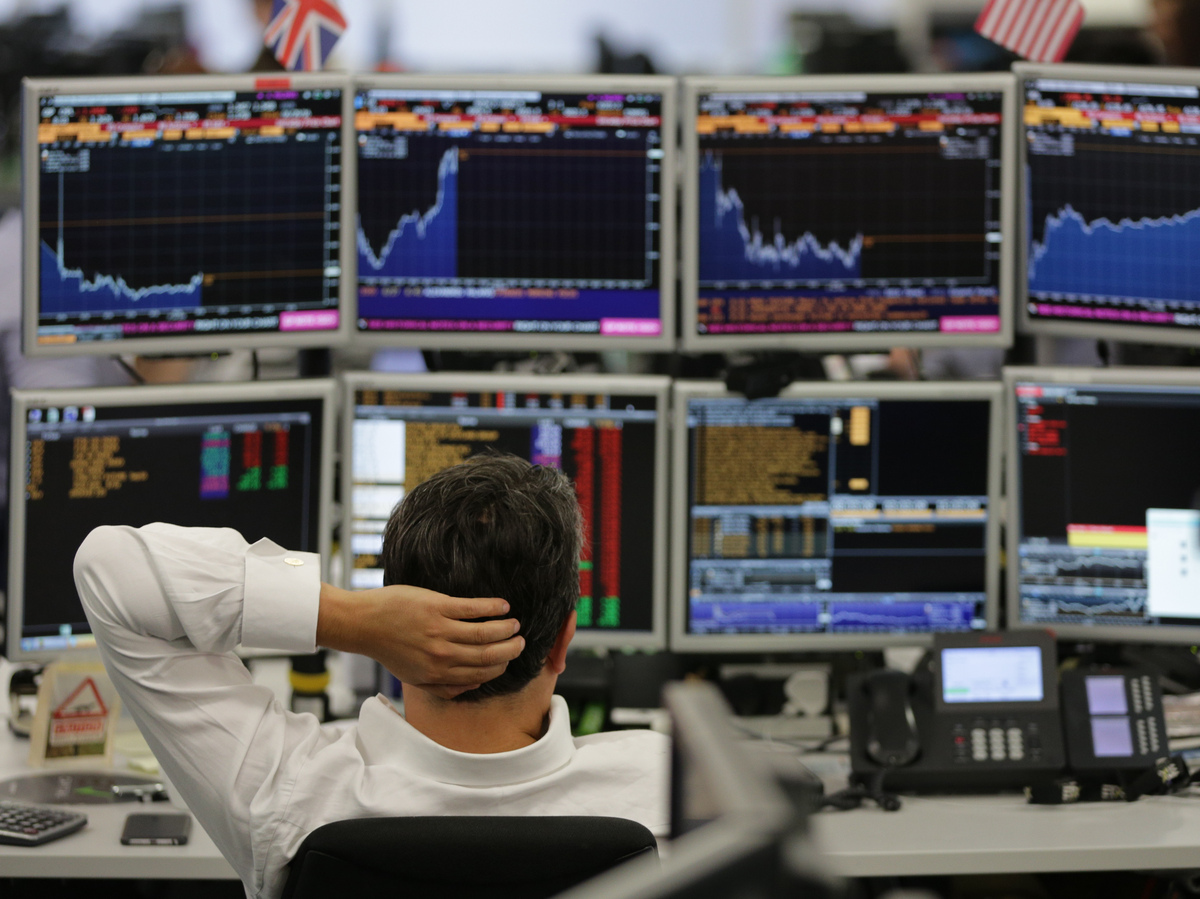 Traders at work at ETX Capital work in central London on Monday. Financial markets in the U.K. and around the world have been in turmoil since the Brexit vote last week.

Last week's Brexit vote sent financial markets tumbling around the world, wiping out months of stock market gains and pushing the British pound down to levels not seen in more than three decades.

It also raised tough questions about the future of the United Kingdom's economy, especially with the resignation of Prime Minister David Cameron and the ensuing political turmoil.

"Nobody quite knows what sort of government's going to come in, and that uncertainty absolutely discourages consumer spending, discourages investment. So the chance of a recession is substantially increased by this," says Simon Johnson, professor of entrepreneurship at the Massachusetts Institute of Technology and a senior fellow at the Peterson Institute for International Economics.

About 30 percent of the U.K.'s economy is tied to exports, much of it in services, and almost half of that goes to the European Union. After Thursday's referendum supporting an exit from the EU, exports are expected to take a hit.

"There are potentially some issues over standardization and continuing to conform to European regulations, and there are issues in terms whether tariffs would be applied as well to certain goods," says Andrew Goodwin, chief U.K. economist at Oxford Economics. "The level of tariffs varies quite considerably across different sectors. So there are lots of issues about how we can actually trade with the EU going forward, if we don't have a formal free-trade agreement."

Before the vote, the U.K. economy was growing at an annual rate of little more than 2 percent a year. While much of Europe is just emerging from a long period of deflation and high unemployment, the U.K. has held its own.

"I would hesitate to call it a boom, but the economy is certainly considerably more robust than most of their European Union partners," Johnson says.

Helping to fuel the growth has been a large wave of foreign money from China, Russia, the Middle East and elsewhere. Investors have been attracted to Britain because of its stable government and its role as an international financial capital. Meanwhile, its membership in the EU allowed companies access to the enormous European market.

Last week's vote could stem the flow of foreign investment. Goodwin doesn't believe the U.K. will fall into recession but he estimates that annual growth could fall to 1.4 percent through next year.

"We acknowledge that companies are very nervous and they will be quite reticent about investing and committing to big investment plans while there's so much uncertainty. However, we don't think the impact on the consumer sector will be quite as large," he says. Continued consumer spending should offset some of the negative effects of the Brexit vote, he says.

The vote will probably lower growth somewhat, but the impact will be limited, says Thomas Simons, a money market economist at Jefferies and Co.

"We wouldn't see a huge decline in activity. Rather we would see a more cautious tone for their business investment overall," he says.

"The other thing to keep in mind is that although the U.K. voters have said they want to leave the EU, they are still in it right now. So all the current trade agreements are still in place and business will continue as usual, it's just that investment for future activity will decline."