Accessibility links
Letter From Rome: The Hardest Exam Is The Driving Test : Parallels Italians are notorious for crazy driving. But it's not for lack of rigor in their driving test, drawn from 7,000 possible questions. NPR's Sylvia Poggioli crammed by taking up to 80 mock tests a day. 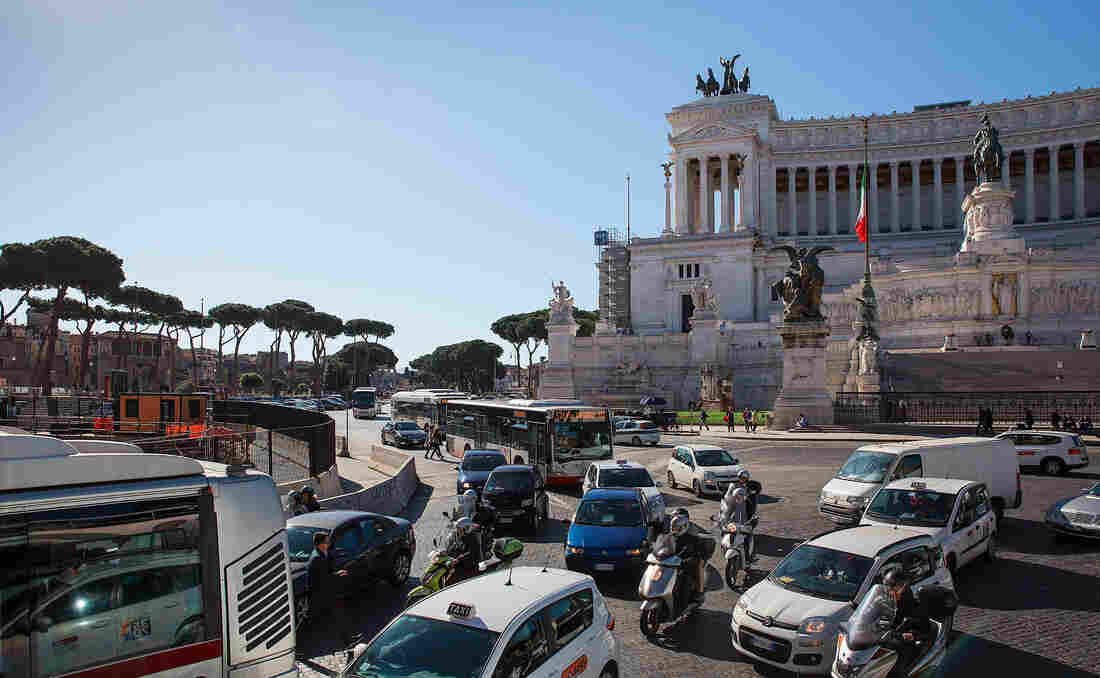 The reward for passing Italy's tough driving test is the freedom to plunge into Rome's notorious traffic (unless, like Sylvia Poggioli, you have to wait a year because your car engine is deemed too powerful for a newly licensed driver to handle). Alexander Russy/Flickr hide caption 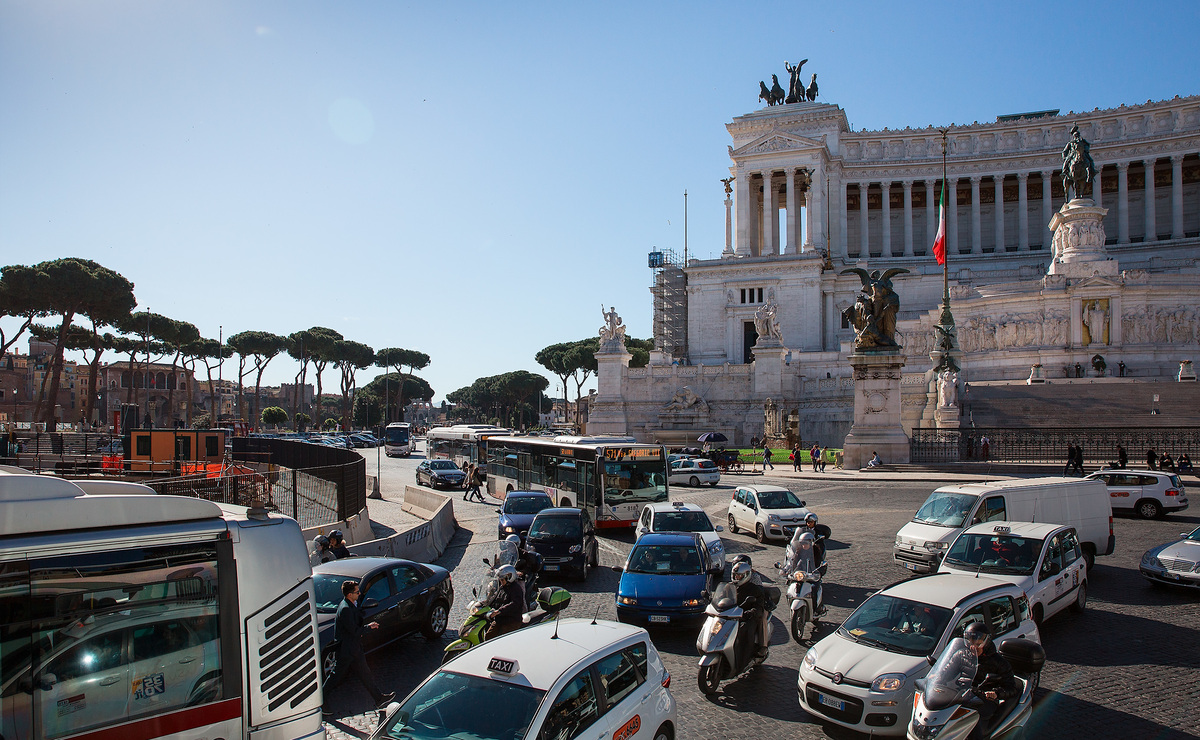 The reward for passing Italy's tough driving test is the freedom to plunge into Rome's notorious traffic (unless, like Sylvia Poggioli, you have to wait a year because your car engine is deemed too powerful for a newly licensed driver to handle).

On a wide street in downtown Rome, cars, buses and scooters zoom over the clearly marked white stripes of a pedestrian crossing. Brazenly flaunting the law, no one stops to let people cross.

Welcome to a society where rules are an abstract concept and rarely applied.

However, Italian authorities recently began cracking down on foreign driver's licenses. After a year's residence here, an Italian license is required.

Had I been from Sri Lanka, Taiwan, Algeria or Moldova, I could just hand in my license for the Italian equivalent. Unfortunately, the U.S. and Italy have no reciprocity agreement. 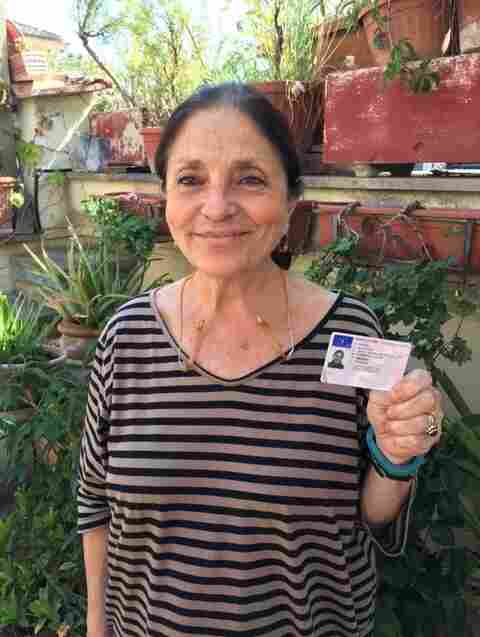 I've been driving since age 16, but had to start over. So I signed up for driving school.

The class was a microcosm of Italy's rapidly changing society — two-thirds were umpteenth-generation Italians, one-third were immigrants or their children. The Italian boys rarely showed up. The newly settled were eager to learn, one young woman in particular — a streetwise Bangladesh-born high school student, whose Roman drawl rivaled that of our instructor, Andrea.

Andrea lectured us on regulations that had no link with reality on the streets.
He enjoyed terrorizing us with horror stories about the exam, telling us the first-try failure rate is very high.

I studied full time for a month — up to 80 mock tests a day in textbooks, on websites and phone apps. What would prove to be the hardest exam of my life consists of 40 true-or-false questions, maximum four mistakes.

But there are more than 7,000 potential questions — trick questions, many written in complex language, full of subjunctives, double negatives and dependent clauses.

And, of course, this is all in Italian.

The range of topics is huge. Not just traffic and insurance coverage legislation, the meanings of hundreds of signs and implausible right-of-way scenarios, but also regulations on air and sound pollution and even first aid.

In Italy, you can go to jail if you don't stop to assist someone who has been hurt, which means being able to identify symptoms of shock, concussion and even internal bleeding.

On exam day, I joined hundreds of young Romans at the Registry of Motor Vehicles. I was a nervous wreck, but the intense cramming paid off and I got all 40 answers right.

A month later, after the required six hours of driving lessons — during which my instructor, Fabrizio, tried to free me of what he called my "bad habits" — I passed the driving test and was issued my new license.

It was one of the biggest achievements of my life.

But there had to be a Catch-22. For one year, I won't be able to drive my own car. The Toyota Corolla engine is considered too powerful for a neo-licensee.