Accessibility links
Monday's Attack In Medina 'An Attack On The Soul Of The Muslim World' : Parallels Monday's suicide attack near the Prophet's Mosque in Medina, Saudi Arabia, has shocked Muslims and is expected to intensify anger against ISIS. 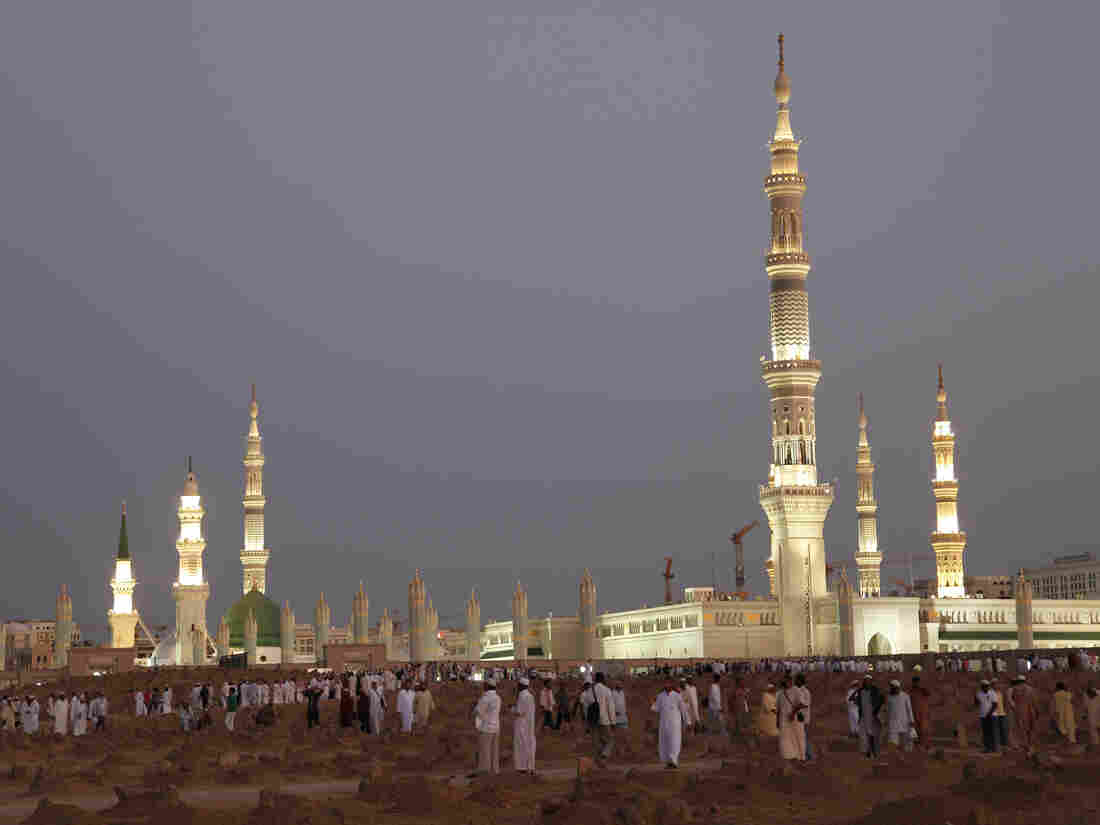 In this July 5, 2013, file photo, worshippers visit the cemetery outside the Prophet's Mosque in Medina, one of Islam's holiest sites. Medina was among the places attacked in Saudi Arabia on Monday. Hadi Mizban/AP hide caption 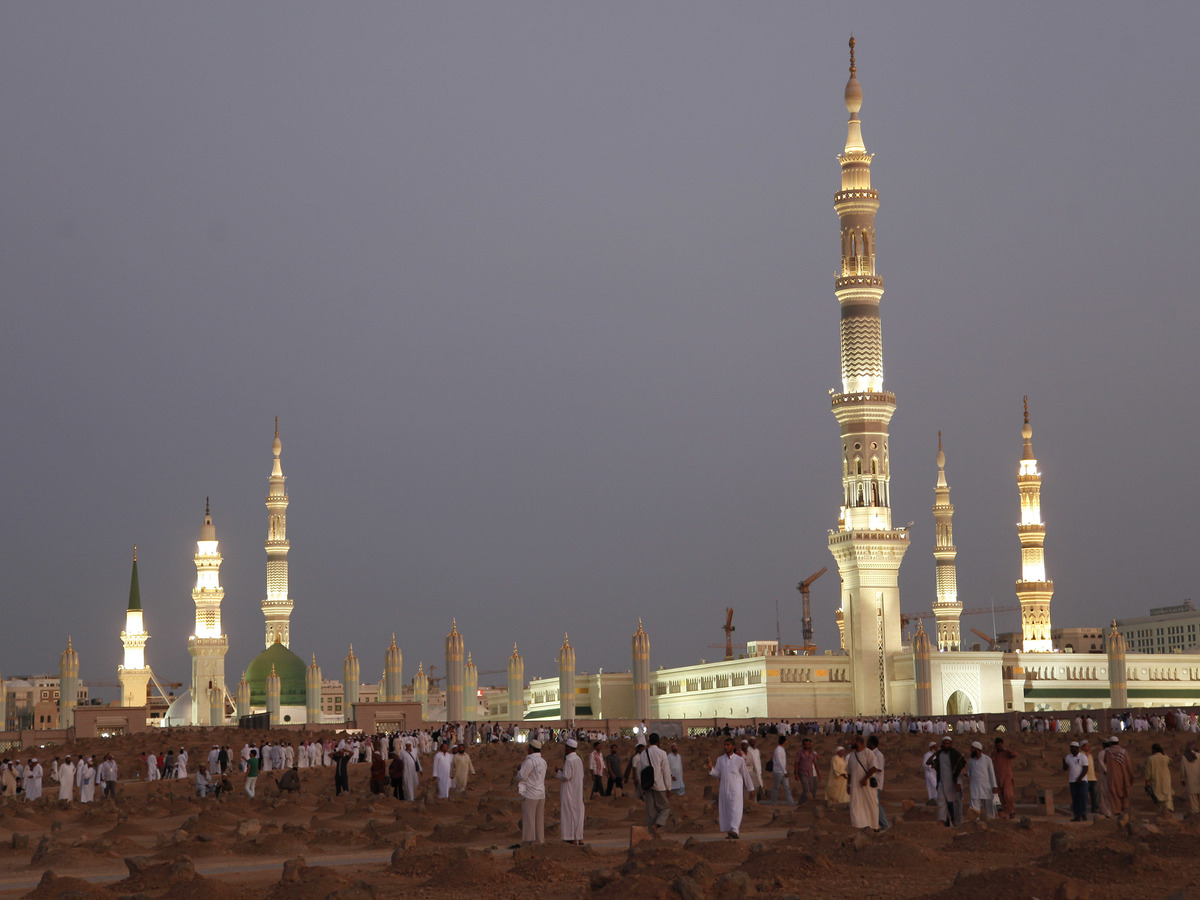 In this July 5, 2013, file photo, worshippers visit the cemetery outside the Prophet's Mosque in Medina, one of Islam's holiest sites. Medina was among the places attacked in Saudi Arabia on Monday.

Monday's bombing in the Saudi city of Medina stands out, even among the wave of terrorist attacks in recent days. It wasn't the death toll. It didn't produce the scenes of carnage like Saturday's bombing in Baghdad that killed nearly 200 people or last week's attack on the airport in Istanbul that left 44 dead.

It was the chosen target — Medina, the site of the Muslim Prophet Muhammad's tomb and his house.

"It's not like a Shiite shrine or a Sunni shrine," says Jonathan A.C. Brown, the Prince Alwaleed bin Talal Chair of Islamic Civilization at Georgetown University. "This is literally the burial place of the prophet of God. This is his mosque, this is his house."

Medina is second only to Mecca in its sacredness in Islam, Brown explains. It's the place where Muhammad lived, where he started the Muslim community and where he was laid to rest. 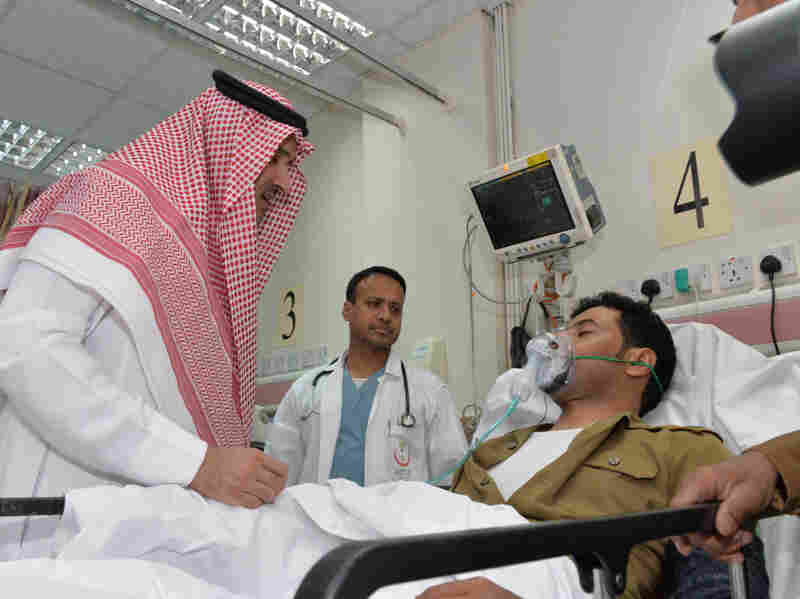 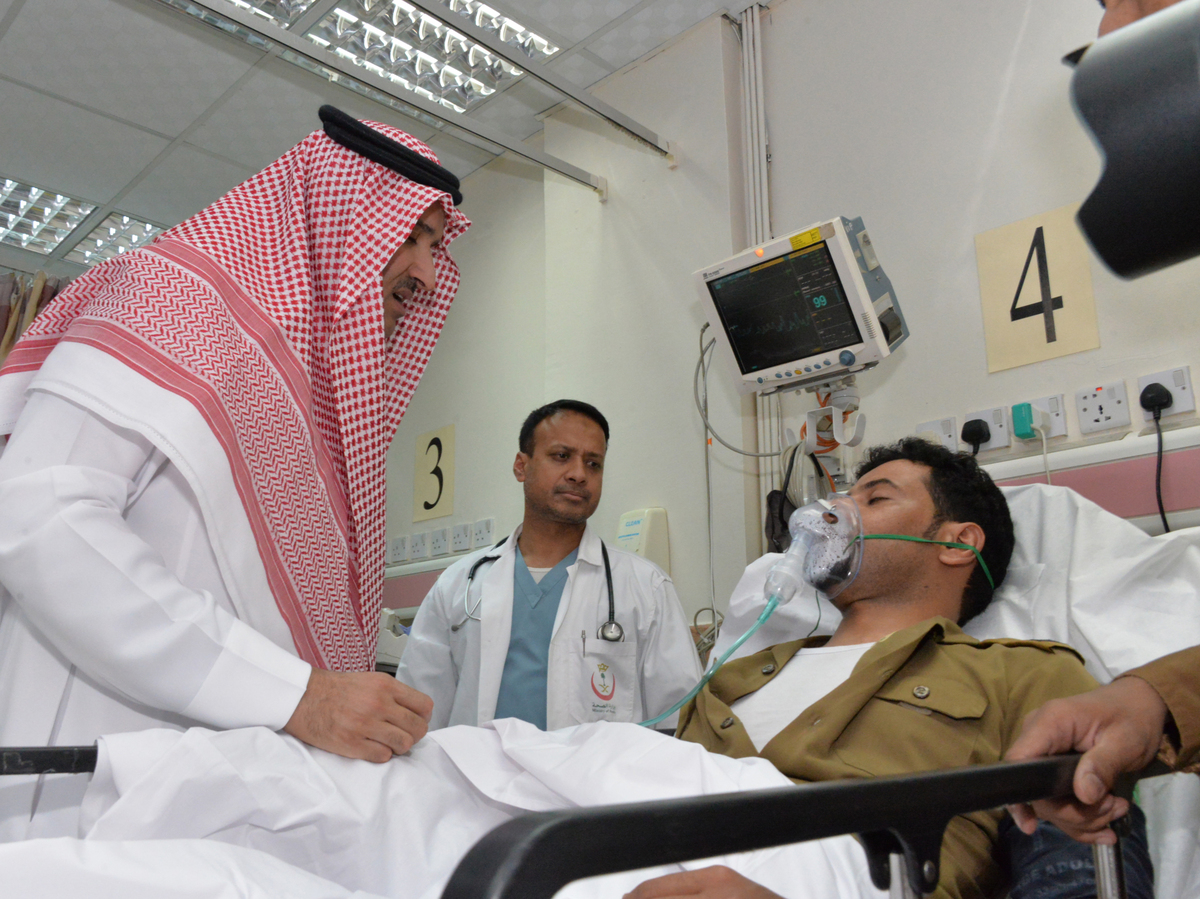 Saudi Prince Faisal bin Salman bin Abdulaziz (left) visits an injured policeman at a local hospital following a suicide attack near the security headquarters of the Prophet's Mosque in Medina on July 4.

According to Islamic hadith — the sayings and teachings of the prophet — Muhammad said that when you visit his grave in Medina to greet him, it is as if you were visiting him when he was alive. And it's a place that is sacred to all Muslims, whether conservative or liberal, Shiite or Sunni.

He speculates about possible reasons for the attack.

"Either they're literally attacking their own religion, which is psychotic," he says. Or "they're so intent on de-legitimizing the Saudi government, they don't care about doing violence in this sacred place and trying to kill Muslims who are engaged in this tremendous act of devotion that every Muslim agrees on."

The suspected culprit of Monday's Medina attack is the Islamic State. And while Muslim religious scholars and leaders always widely condemn the group and its attacks, this one struck a sharper than usual emotional chord.

Muslims from around the world took to social media to express their grief, using an Arabic hashtag that translates as "ISIS desecrates the Prophet's mosque and his grave."

One woman tweeted, "Every terror attack is horrific and heartbreaking, but an attack on #Medina is an attack on the soul of the Muslim world."

The attack will only intensify widespread anger at ISIS, which has already killed thousands of Muslims and displaced millions of people in Iraq and Syria. "Today's attack in Medina is a sign of the end of ISIS," a respected Syrian Islamic scholar, Muhammad al-Yaqoubi, tweeted.

"Every Muslim scholar I know of, except for one or two Muslim scholars who work for ISIS, considers ISIS either to be extremist heretics or to be apostates — so they're not Muslims," Brown says. "It's probably one of the single biggest questions, articles of agreements, amongst Muslims today."