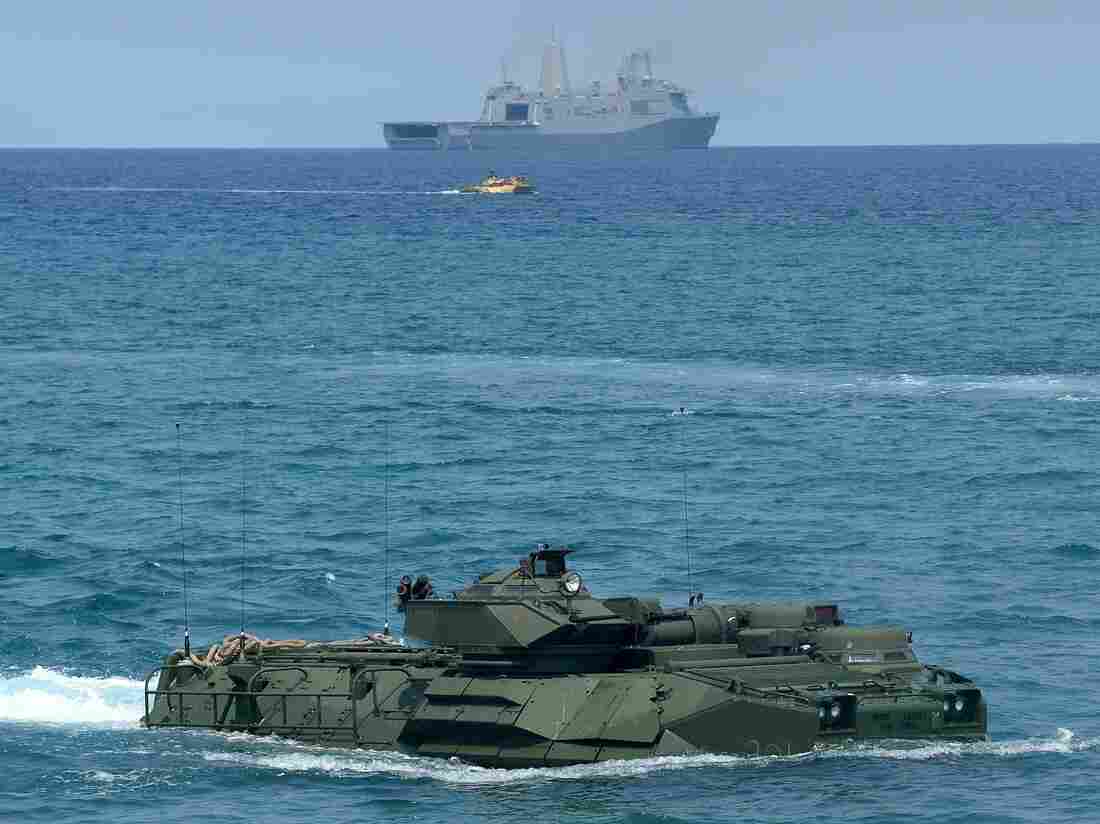 A U.S. Marine amphibious assault vehicle makes its way to shore after leaving an amphibious transport dock ship during a landing exercise on a beach at San Antonio in the Philippines' Zambales Province on April 21, 2015. The exercise was part of annual Philippine-U.S. joint maneuvers and took place some 137 miles east of the Scarborough Shoal in the South China Sea. Ted Aljibe/AFP/Getty Images hide caption 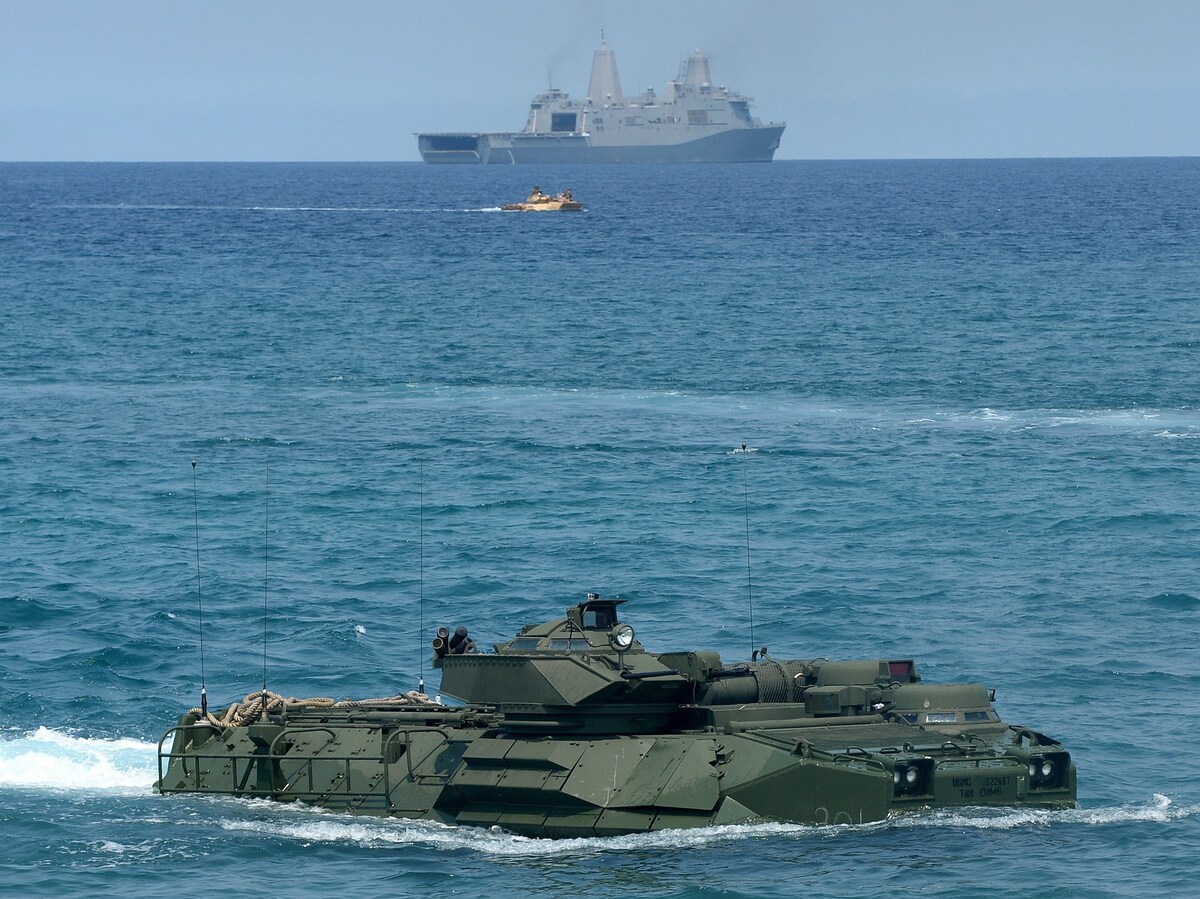 A U.S. Marine amphibious assault vehicle makes its way to shore after leaving an amphibious transport dock ship during a landing exercise on a beach at San Antonio in the Philippines' Zambales Province on April 21, 2015. The exercise was part of annual Philippine-U.S. joint maneuvers and took place some 137 miles east of the Scarborough Shoal in the South China Sea.

On Tuesday, an international tribunal soundly rejected Beijing's extensive claims in the South China Sea, an area where China has been building islands and increasing its military activity.

The case before the international tribunal in the Hague was brought by the Philippines, challenging what's widely seen as a territorial grab by Beijing. The tribunal essentially agreed. Beijing immediately said the decision was null and void and that it would ignore it. There are concerns now that the tribunal's decision could inflame tensions between the U.S. and China.

"Certainly, they're going to need time to regroup from what was a — let's be frank — a setback," he says. "The ruling was quite definitive in its rejection of China's arguments."

The big question now is what action, if any, Beijing will take in the wake of the tribunal's decision. Russel says the U.S. hopes it will be a diplomatic one, in which all the claimants in the region's ferocious territorial disputes can be involved.

Both the U.S. and China are already showing military prowess in the region. A U.S. aircraft carrier strike group and other vessels have been patrolling the South China Sea, and China began naval exercises near the disputed Paracel Islands last week.

Marvin Ott, an Asia specialist at the Johns Hopkins School of Advanced International Studies, warns that Beijing may decide to harden its resolve, focusing on a large sandbank — the Scarborough Shoal — which is also claimed by the Philippines.

"China will react by trying to, in effect, harden their position on Scarborough Shoal by starting a process of militarization, dredging and generally turning Scarborough into the kind of outpost of Chinese power," Ott says.

This would be seen as a clear provocation, because the Scarborough Shoal is very close to the Philippines, which is a treaty ally of the U.S.

American forces would be bound to come to the aid of the Philippines if there were a confrontation with China over the Scarborough Shoal. But Russel says he doesn't see anything to suggest China would relish a conflict.

"I don't think the Chinese leadership is under any illusions about how strongly the U.S. would oppose the use of force or even the threat of force against a neighboring, sovereign state, let alone against an American treaty ally," he says.

The U.S. says China will be in violation of international law if it ignores Tuesday's South China Sea ruling — because it's signed onto and ratified the U.N. Convention on the Law of the Sea, which is the basis for the deliberations. But MIT political scientist M. Taylor Fravel, who specializes in the study of maritime disputes, says China sees that view as hypocritical, because although the U.S. has signed the treaty, it's never ratified it.

"It creates a perception in Chinese eyes that U.S. actions are not about upholding international law," Fravel says, "but in fact, a much broader geopolitical power, political agenda that the U.S. might have to contain China."

The State Department's Russel rejects that and says the U.S. believes in the spirit of the Law of the Sea: "Not the law of the jungle," he says. "Not the rule of 'Might makes right.' "