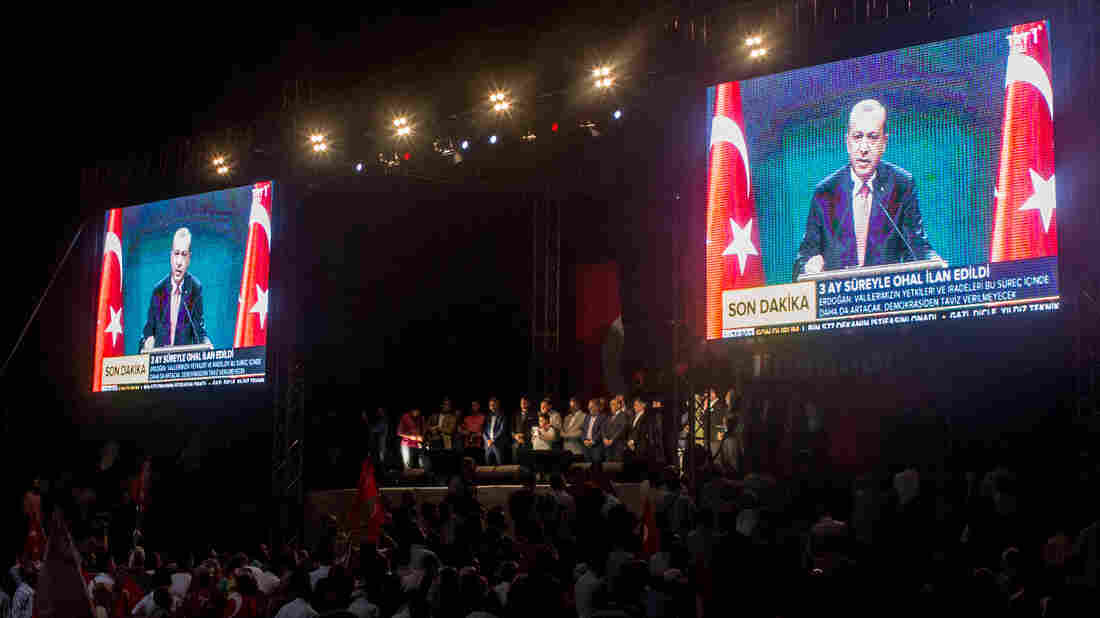 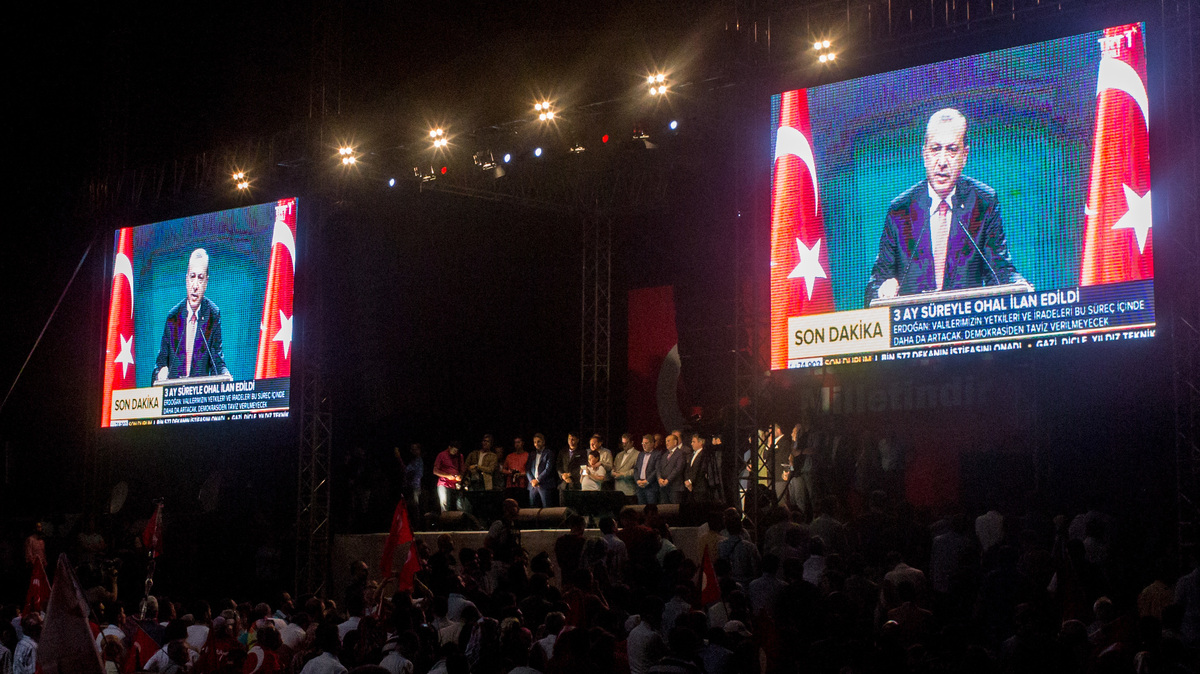 After surviving a coup attempt that left more than 240 people dead and some 1,500 wounded, Turks are now living under a state of emergency that will last at least three months. Turkey's President Recep Tayyip Erdogan announced the emergency measures Wednesday night, promising to "cleanse" both the military and the government.

Turks have been taken aback by the speed and scope of the arrests, firings and suspensions across the country since the failed coup. State media estimate the total is nearing 60,000 people. Now Erdogan says the state of emergency will speed up that process even further.

He says the extraordinary powers are necessary to protect democracy. Erdogan also says the main target will be what he calls the "cancerous" opposition of the U.S.-based cleric Fethullah Gulen, accused of being behind the coup attempt.

"The terrorist organization who attempted the coup, it should be disposed of rapidly," Erdogan said in a televised address. "And the Cabinet has decided to declare a state of emergency in our nation for a period of three months."

Gulen denies any involvement in the failed coup.

Erdogan says confessions from the initial interrogations have provided new leads that will mean more arrests. Reports and photos of some detainees being beaten have led rights groups to charge that confessions are being coerced, possibly under torture.

The state of emergency puts the military firmly under government control, and allows for new laws that critics say could suspend civil rights. Turkey's various security forces will be thoroughly investigated.

Europe looked on with alarm, led by French and German diplomats. But Erdogan was in no mood for criticism. Citing France's ongoing state of emergency, he said European critics could take "a lesson in democracy" from Turkey.

He lashed out at other critics, among them Egyptian leader Abdel-Fattah el-Sissi, whom Erdogan called a "coup plotter" who has killed thousands. Erdogan also warned that unnamed "other countries" may have played a role in the coup.

He was more diplomatic on Turkey-U.S. ties, saying cooperation in the fight against the Islamic State should not be mixed up with Ankara's demand for the extradition of Fethullah Gulen. Erdogan suggested, though, that he does expect Washington to grant Turkey's request.