Accessibility links
French Army Asks Citizens To Enlist — But No Muslim Headscarves, Please : Parallels Two sisters, devout Muslims and French patriots, wanted to help the military following a terrorist attack. They were told they had to remove their headscarves. So what did they do? 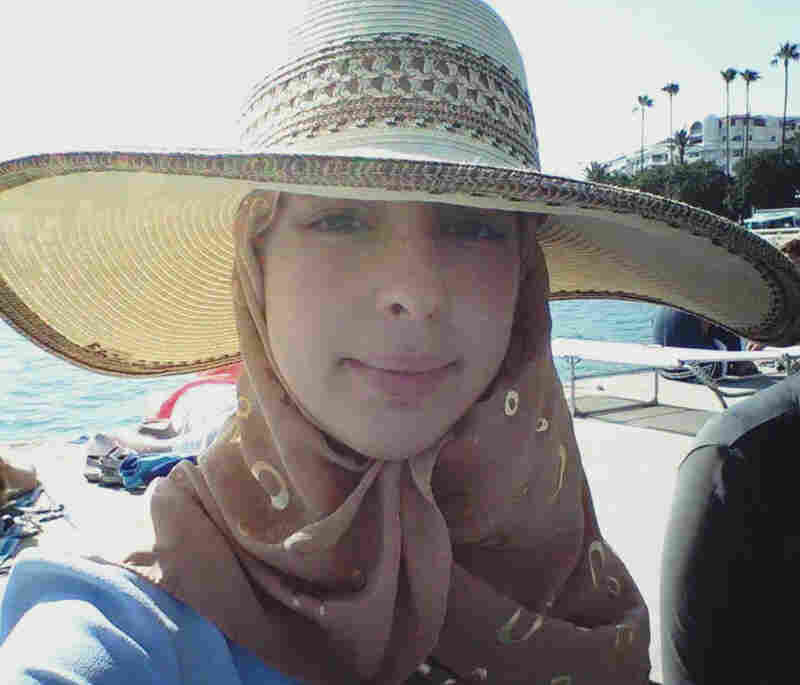 Majda Belaroui, 21, answered the call to volunteer for the French military reserves following the recent terrorist attack in Nice. But Majda, a Muslim, refused to remove her headscarf and hijab, as required under a French law that prohibits displays of religion in government institutions. Courtesy of Majda Belaroui hide caption 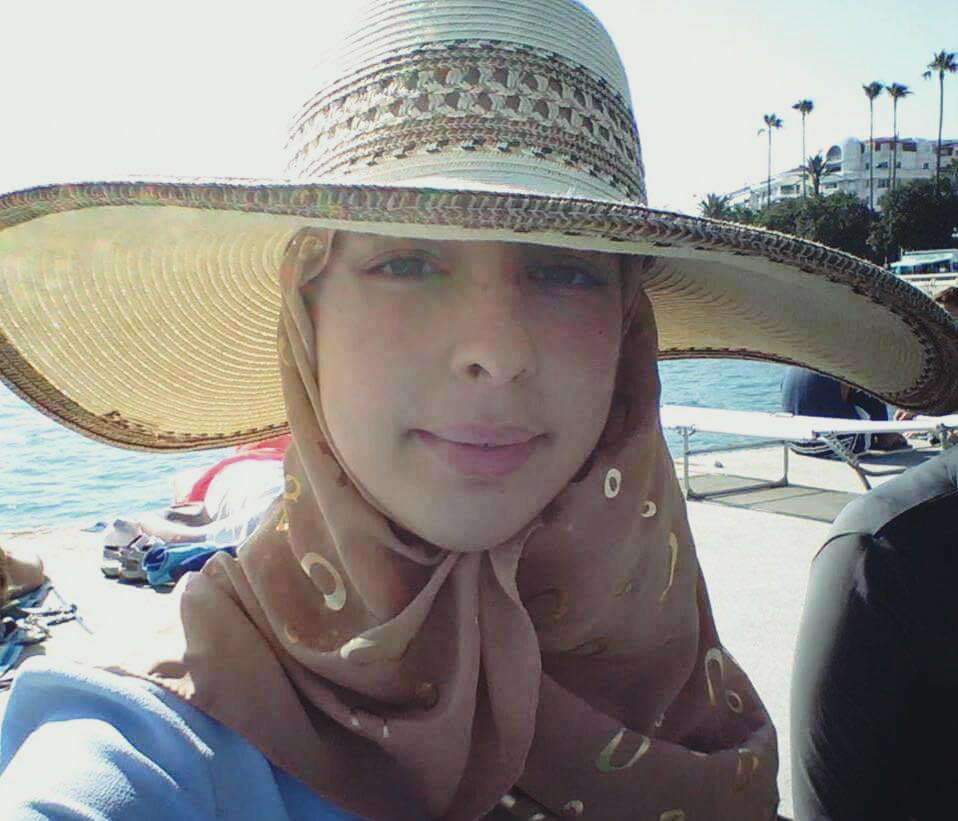 Majda Belaroui, 21, answered the call to volunteer for the French military reserves following the recent terrorist attack in Nice. But Majda, a Muslim, refused to remove her headscarf and hijab, as required under a French law that prohibits displays of religion in government institutions.

After the July 14 terrorist attack in Nice, the French interior minister called on "all willing French patriots" to help defend the country by volunteering for the military's reserves.

Two sisters, Majda and Amina Belaroui, French Muslims of Moroccan heritage, heeded the call in the aftermath of the Bastille Day attack, when a Tunisian truck driver mowed down crowds of spectators, killing 84 and wounding hundreds.

Majda, 21, and Amina, 24, are both university students who live in Nice, on the French Riviera. They pair French fashion with traditional Muslim dress, sporting wide-brimmed sun hat and headscarf ensembles.

The Monday morning following the attack, the third major terrorist rampage in the past 18 months, young men and high school boys trickled through the gates of Nice's military recruitment center. So did Majda. Wearing a hat and headscarf, she walked past soldiers guarding the gate with weapons across their chests.

She was there to sign up for the "operational reserves," comprising both former soldiers and civilians with no military background. She wasn't interested in holding a gun. She just wanted to see how she could help, and set an example as a Muslim amid the growing fears over radical Islam. 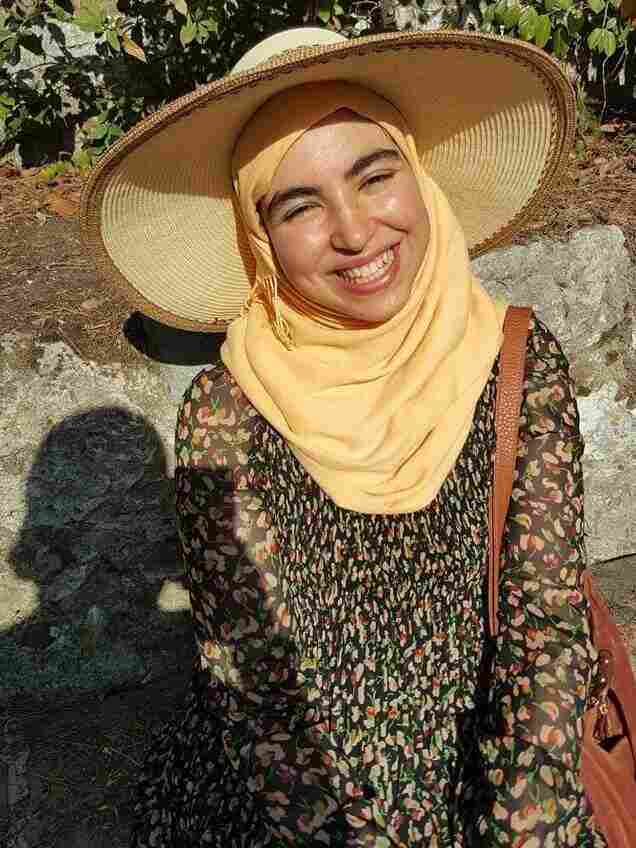 Amina Belaroui, 24, Majda's sister, also volunteered for the military reserves. She didn't want to remove her scarf and hijab but reluctantly agreed to do so. "I really want to commit and help people," she said. Courtesy of Amina Belaroui hide caption 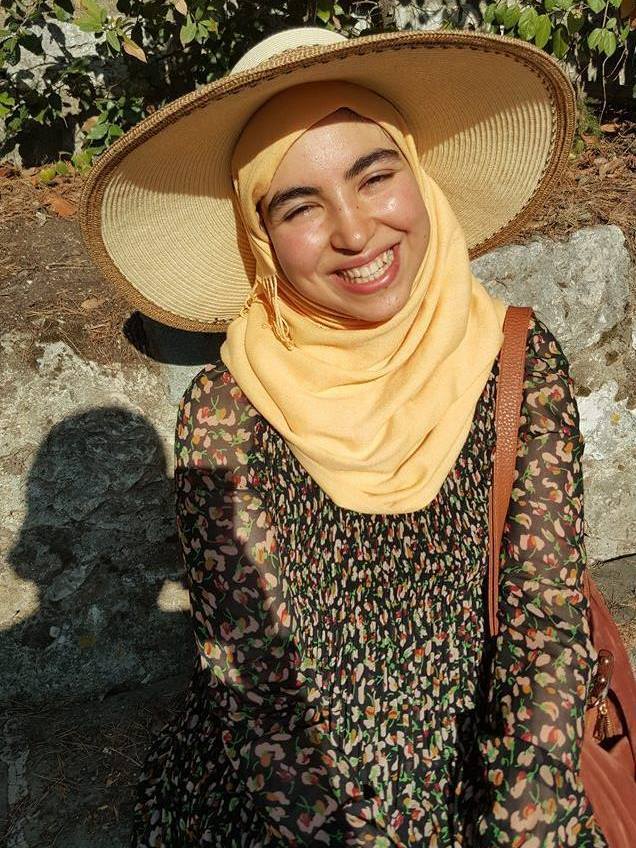 Amina Belaroui, 24, Majda's sister, also volunteered for the military reserves. She didn't want to remove her scarf and hijab but reluctantly agreed to do so. "I really want to commit and help people," she said.

A law against religious displays

The receptionist told her she must take off her hijab to enter the recruitment center.

France forbids civil servants from wearing religious clothing in government buildings, and there are similar rules for teachers and students in schools.

But that shouldn't stop Muslims with head coverings from entering a military recruitment center, said Yasser Louati, a French civil rights activist, who is a Muslim.

"People have understood this law as a total ban on the Muslim headscarf, and even the Jewish kippah," Louati said. "We have had dozens, if not hundreds, of cases of veiled Muslim women unable to enter public buildings."

The French Defense Ministry did not return requests for comment.

Secularism is a fundamental tenet of the country, stretching back more than a century as part of an effort to reduce the influence of the Catholic Church.

But the old concept of secularism is now rubbing up against France's new efforts to integrate its Muslim population, the largest in Europe.

France has succeeded, in many cases. In Nice, Muslims are an integral part of the landscape. They, too, were on the promenade watching fireworks along with their French compatriots on Bastille Day, the most French day of the year, when the crowd came under attack. Nearly a third of the victims of the attack were Muslims, according to a Muslim community group.

But some Muslims in France believe prohibitions against wearing religious clothing in public schools are actually targeted specifically at them, sending a message that Muslim culture is unwelcome in France.

"Although France has managed to integrate many immigrants and their descendants, those it has left on the sidelines are more embittered than their British or German peers, and many feel insulted in their Muslim or Arab identity," sociologist Farhad Khosrokhavar wrote recently in The New York Times. "Laïcité, France's staunch version of secularism, is so inflexible it can appear to rob them of dignity."

It poses a dilemma for people like the Belaroui sisters, who want to stay true to both flag and faith.

Minutes after entering the recruitment center, Majda walked out, unwilling to remove her hijab when asked.

"If I weren't Muslim, I think I would be so afraid of these people," she said, referring to Muslims. That's precisely why she came to volunteer, hijab proudly wrapped around her head.

"For me, it's discouraging. We want to show that we are against this violence," she said, adding, "We are demotivated."

Her sister faced the same choice

Amina had already been to the recruitment center a week prior to the Nice attack and went back again, by herself, more determined following the attack.

Both times, she agreed to take off her hijab in front of the uniformed men, though she really didn't want to. She said it felt like undressing in public.

"I think the ends justify the means. That's why I took it off," Amina said in her flawless English. "I really want to commit and help people, and also try to give another image of Muslim girls, and Muslims in general."

Anger is boiling over in Nice, which leans conservative. At the memorial ceremony for the victims, some residents argued with Muslim citizens. In the days after the attack, some in the city voiced their support for the National Front, France's far-right political party, which has used anti-Muslim rhetoric.

Amina hopes joining the military reserves while she finishes her engineering degree can help change minds in France. Or, at the very least, it can help change the minds of French Muslim girls like her.

"Maybe it will encourage other girls to do something they didn't think they could do before," she said. "Maybe it will change things."