Accessibility links
Despite Turkey's Crackdown, Some Critics Are Still Speaking Out : Parallels Most critics are silent these days, but a few are voicing opposition to the widespread arrests and workplace dismissals. They say this is just an acceleration of the government's existing policy. 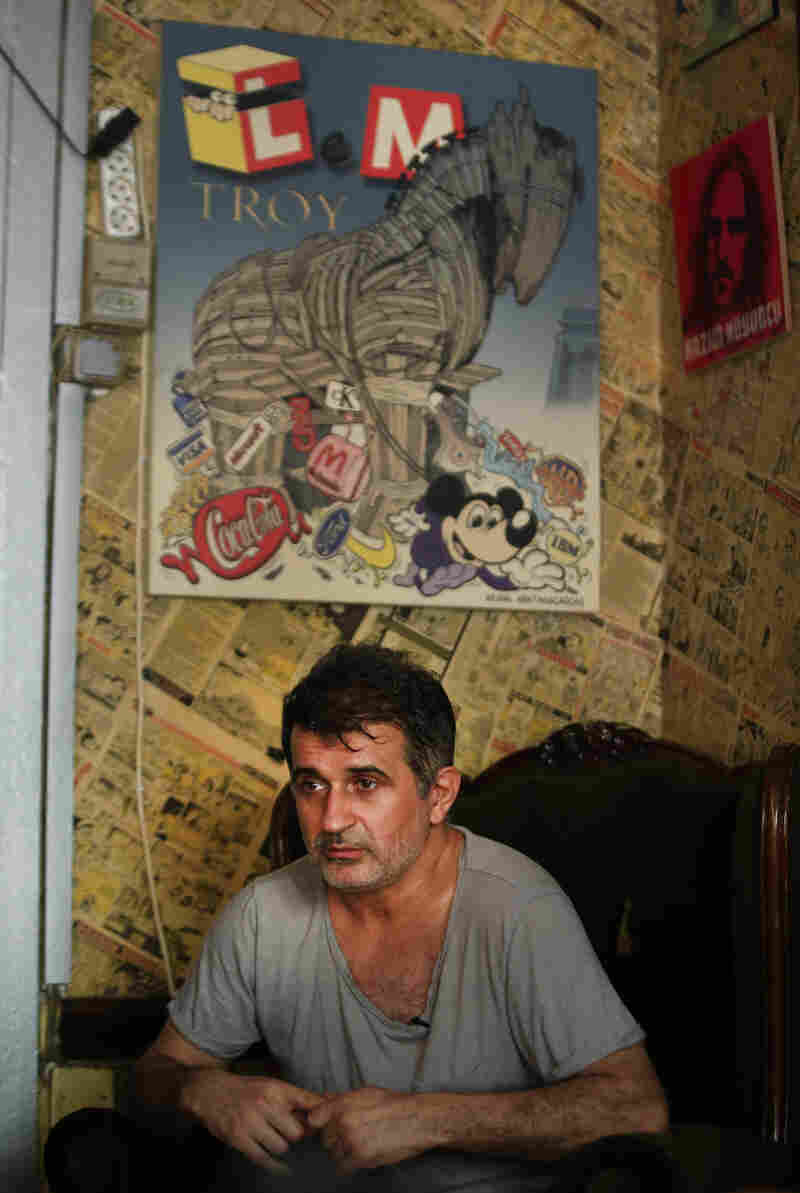 Zafer Aknar is the longtime editor of the Turkish satirical magazine Leman. A printed edition about the failed coup attempt was prevented from distribution last week by Turkish authorities. Lefteris Pitarakis/AP hide caption 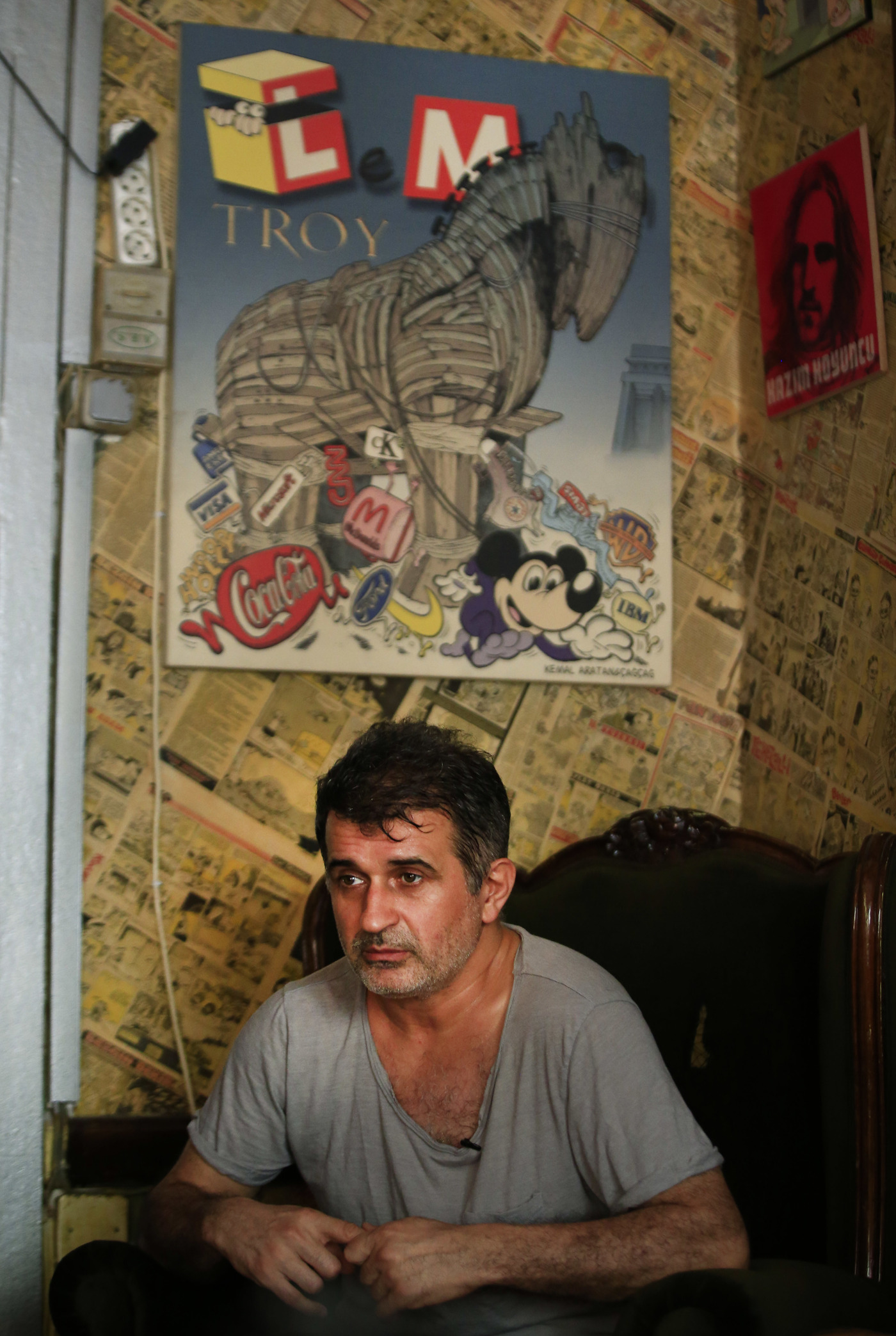 Zafer Aknar is the longtime editor of the Turkish satirical magazine Leman. A printed edition about the failed coup attempt was prevented from distribution last week by Turkish authorities.

Most critics of the Turkish government have been frightened into silence these days. The country is consumed with rooting out backers of this month's failed coup attempt — an ongoing purge has affected tens of thousands of people.

But it's still possible to find Turks willing to talk about why they oppose both the July 15 coup attempt and President Recep Tayyip Erdogan's aggressive reaction, saying legitimate criticism must not be silenced.

Many outside Turkey were perplexed to see Erdogan respond to the coup attempt not only by purging the military of coup sympathizers, but by instantly dismissing some 20,000 teachers and firing masses of employees in the education ministry.

One person who wasn't surprised is Asli Odman.

A lecturer at Mimar Sinan University, Odman says academics have been feeling the government's wrath for some time now. Earlier this year some 2,000 academics signed a petition calling for an end to the conflict with Kurdish militants in Turkey's southeast. Dozens of signatories were sacked and many were investigated for spreading what the government called terrorist propaganda.

Odman says in a militarized society, no one is safe from eruptions of violence.

"The responsibility of the state is to protect lives," she says. "And it was the irony of history that those generals who bombed cities in the Kurdish regions, and who attacked civilian lives, did the same thing on the Bosporus Bridge."

The bridge was the scene of dramatic clashes with troops opening fire on civilians who heeded Erdogan's call to resist the coup. Odman says the state of emergency declared in the wake of the coup may be raising eyebrows among Turkey's allies abroad. But as far as she's concerned, it's simply an escalation of what the government was up to well before the coup attempt.

"We were just criticizing the state as their citizens, and this is where we are now, in a declared state of emergency, that just ... put the name on what was going on in Turkey since June last year," she says.

Such criticism was missing from Sunday's huge rally in Istanbul, where opposition parties joined in the condemnation of the attempted coup. That rally was organized by the main secular opposition, the Republican People's Party or CHP. Still, some opposition members are worried about where the country seems to be heading.

At an Istanbul tea house not far from the rally site, CHP lawmaker Sezgin Tanrikulu eyes a small glass of strong Turkish tea. A human rights lawyer, he say at first he hoped the opposition's strong support for Erdogan during the coup attempt would lead to a more inclusive, tolerant government.

But he says that's not happening.

"Until you put down the threat of a coup there's some justification for suspending civil rights," he says. "But they need to safeguard the crucial ones – the right to a fair trial, due process – and so far it doesn't look like they will. We have over 13,000 arrested, more than 50,000 dismissed from public sector jobs, and I think there's more to come."

Tanrikulu smiles ruefully when asked if he himself could come under attack for speaking out. He pulls a paper from his jacket. He's just received a summons to appear and give testimony in a case charging him with insulting President Erdogan.