Accessibility links
In A British Town Full Of EU Workers, Brexit Vote Brings Uncertainty : Parallels Crawley, which voted to leave the EU, has attracted many workers from EU countries seeking jobs at nearby Gatwick Airport. "We just want it to go back to the way it was before," says a resident. 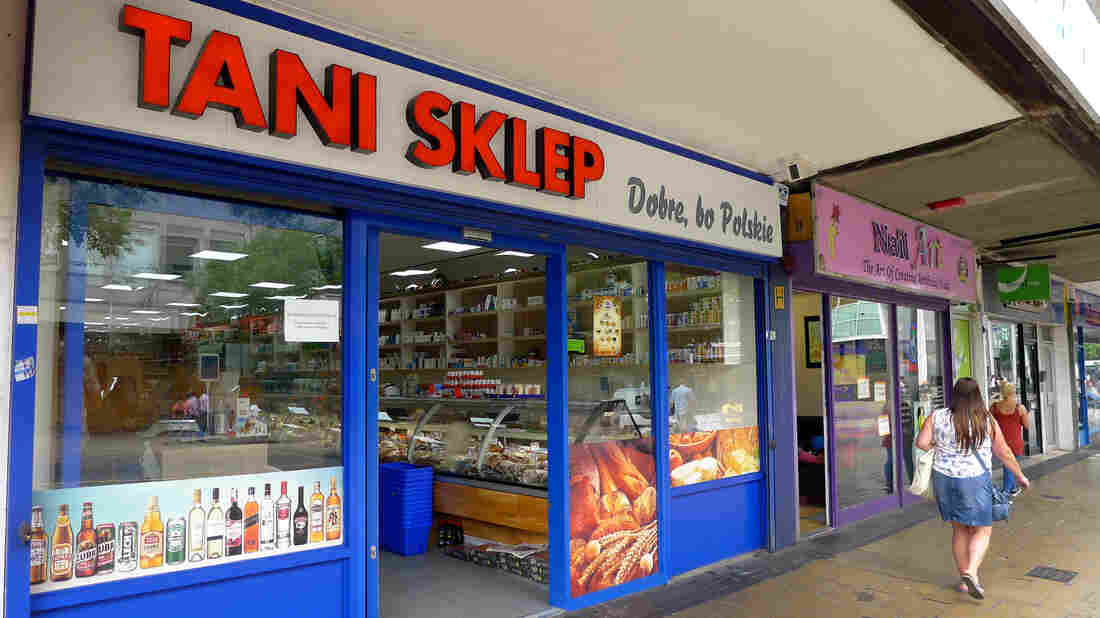 In Crawley, England, the name of the Polish grocery store Tani Sklep means "cheap shop" in Polish. Crawley has a large community of Poles and other EU migrants, drawn to jobs at nearby Gatwick Airport. Lauren Frayer for NPR hide caption 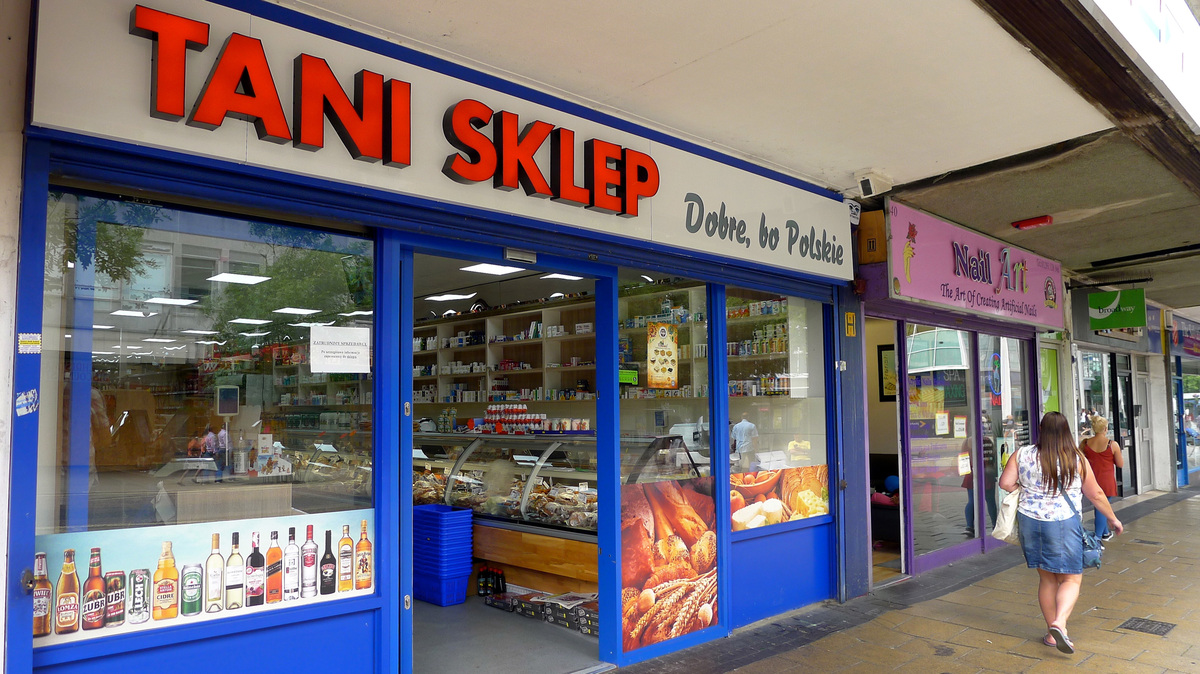 In Crawley, England, the name of the Polish grocery store Tani Sklep means "cheap shop" in Polish. Crawley has a large community of Poles and other EU migrants, drawn to jobs at nearby Gatwick Airport.

The town of Crawley, about 30 miles south of London, has been inhabited since Roman times. It grew substantially after World War II, absorbing people from bombed-out parts of the capital. There's a 13th century church and an old stagecoach inn that dates to 1615. The latest census figures show most of the roughly 100,000 people registered as living in Crawley are white and British-born.

But a stroll around town reveals a different picture.

A busker sings in Italian. Passersby speak Polish, Bulgarian and Romanian. There's a grocery store that caters to immigrants from the Baltic states — Latvia, Lithuania, Estonia. They're all foreigners from European Union countries who've been able to settle and work in Crawley.

At 4.4 percent, Crawley's unemployment rate is below the national average of 5.1 percent. With lots of jobs at nearby Gatwick Airport, it's historically had one of the lowest unemployment rates in all of Britain, dipping to below 2 percent last year.

But Crawley — like many traditionally working class towns across the U.K. — voted overwhelmingly to leave the European Union. Very few of the foreigners here were eligible to vote. It's unclear exactly how many foreigners are actually living in Crawley, because the EU's freedom of labor movement doesn't track them.

After Brexit, Uncertainty Over Status Of EU Workers Living In U.K.

Some of the local residents who voted to leave say they feel vilified. Older Britons tended to vote this way, while British youth generally backed the Remain campaign.

"They're blaming me because I'm over 65. They say, 'You condemned our grandchildren and our children to poverty,'" says Iain Davey, 70, a lifelong Crawley resident. "But what's happening in Europe? Young Spaniards, young Greeks, young Italians... they're coming here. Why are they coming here? Because they see where the jobs are."

Before he retired, Davey used to work at Gatwick Airport, in what he calls a "solid union job," on which he was able to support a family. Now foreigners are coming to work for low-cost airlines there.

"The money they've been offered is so much better than in Bulgaria or Romania. But it's less than what ordinary [English] people here, trying to pay their bills and educate their children" expect to make, Davey says. "They find it impossible to work at those wages." 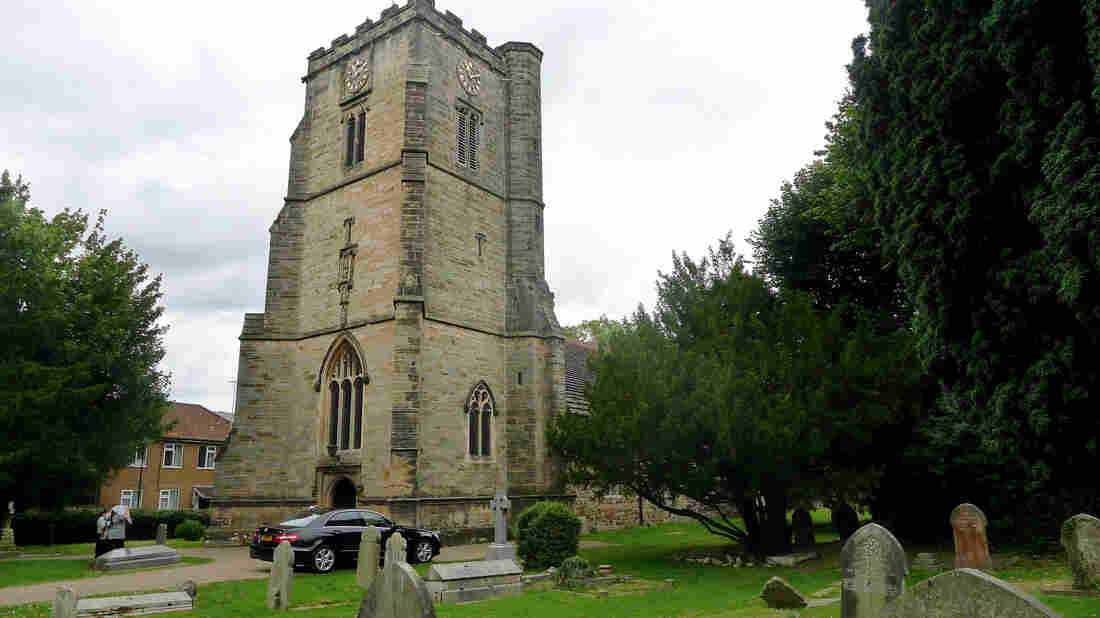 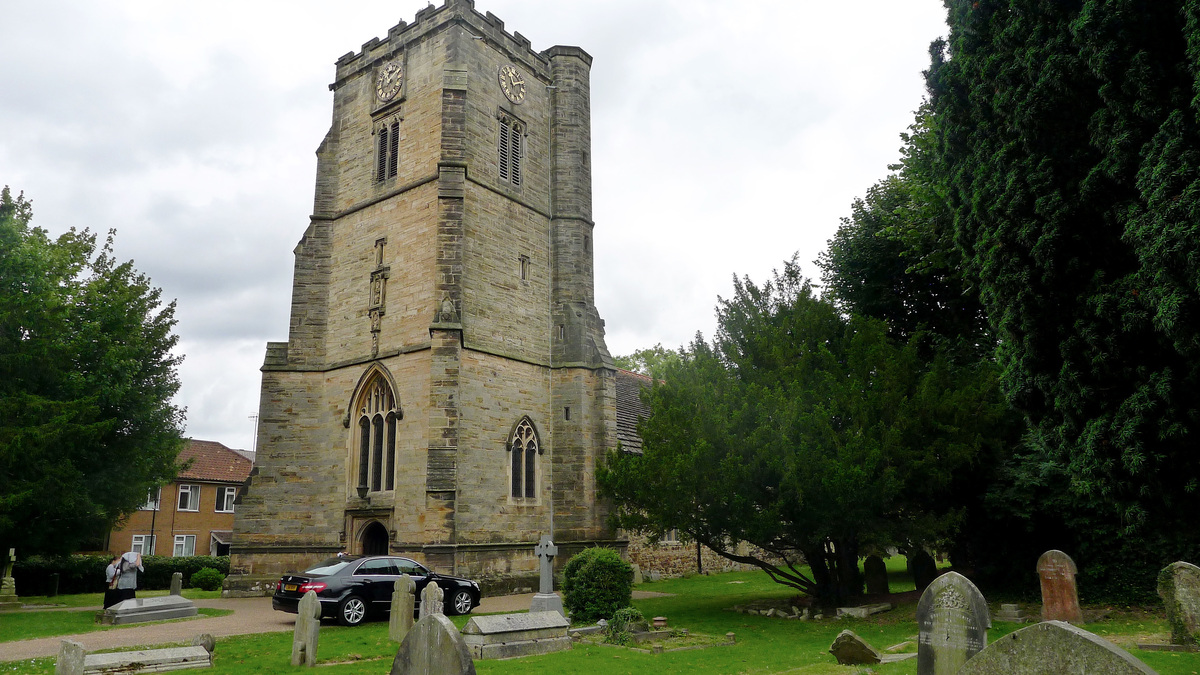 Crawley has been around since Roman times, but it grew substantially after the Second World War to absorb people from bombed-out parts of London, some 30 miles north. Its St. John's Church was constructed in the 13th century.

Globalization has helped many people and boosted the British economy in recent decades, Davey says, but it's hurt Britain's working class. Fresh data show some British workers have seen their wages fall in recent years.

As Anglican faithful stream out of Crawley's medieval St. John's Church, Romanian Orthodox worshipers file in. With only one Church of England service each Sunday, they've repurposed the church for other faiths, whose numbers are growing in Crawley.

"We're quite cosmopolitan now. We've got a lot of races and languages here," says Trish Tame, 54, who lives just outside Crawley. "That's good — up to a point. But [my husband and I] are among those that want to leave [the EU]. We just want it to go back to the way it was before."

In a pedestrian area of shops not far from the church, a group of English men mill around in front of a pound shop — the British equivalent of the dollar store. They say they have no regrets about the way they voted.

"The 'great' in Britain is gone, and we need to get that back," says Peter Field, 60, a retired airport chauffeur. "The amount the government is spending on foreigners coming into this country, and looking after them, and not looking after their own people, is wrong."

But a recent analysis of U.K. government data shows that immigrants draw less in jobless benefits, on average, than people born in Britain.

"But when there's been a large inflow of migrants, and then you're having trouble getting your child into the school they want to go to, or if you're having to wait longer for a [medical] operation, or get on the housing ladder, people link the two things," Bourne says.

A Portuguese immigrant and single mom, Teresa de Nobrega, has lived in Crawley for 20 years, and works at a local insurance company. "I must say, the day after the vote, I felt awful" going into work, she says. "I felt unwanted. It was a really horrible feeling."

De Nobrega says she thinks far-right, anti-immigrant political parties like the U.K. Independence Party took advantage of the economic malaise among her English neighbors during the Brexit campaign to turn them against people like her.

But some English people are just plain "lazy," she says, if they won't work for the wages she's willing to take.

"I don't want to be unfair to the English people, but I think sometimes you just have to work and get on with it," she says. "If you can't, you make do with less."

Both sides here, British-born local residents and European newcomers, are using the same rhetoric against one another.

The terms of Brexit still have to be negotiated. That's likely to take years. Meanwhile, uncertainty — and some share of resentment — are likely to persist.