Accessibility links
Will The U.S. Extradite An Elderly Turkish Cleric? : Parallels Turkish lawmakers want the U.S. to extradite U.S.-based Fethullah Gulen, who they say backed a failed coup. But the process is far from easy and depends on international politics as much as courts. 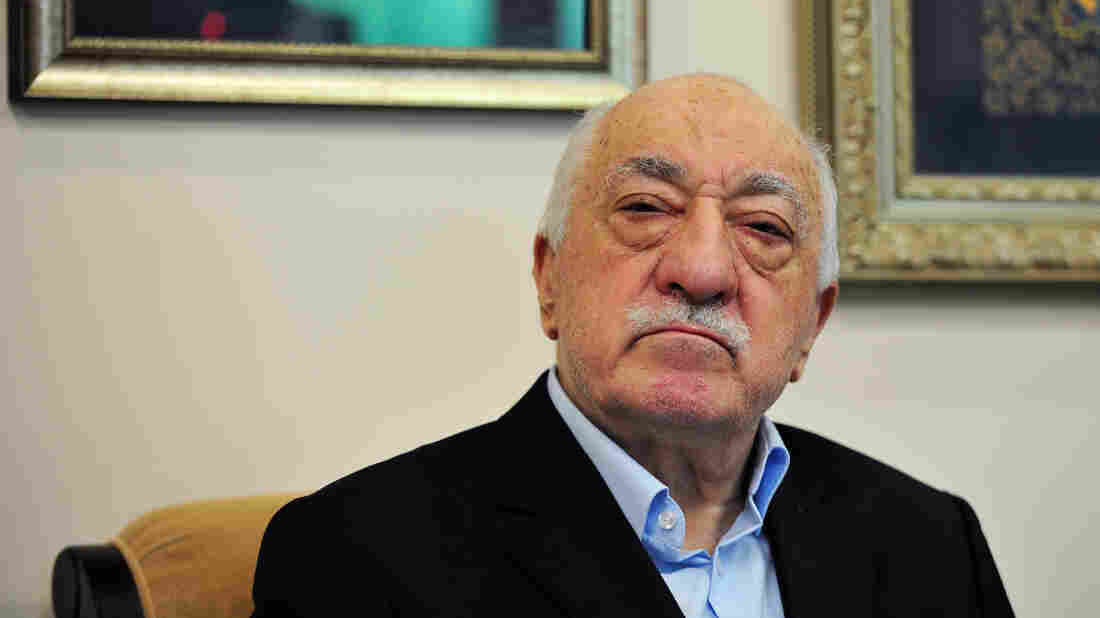 Turkish officials have blamed a failed coup attempt on Muslim cleric Fethullah Gulen, who denies the accusation. Since 1999, he has lived in the U.S. Gulen is shown here on July 17 speaking to reporters at his compound in Saylorsburg, Pa. Chris Post/AP hide caption 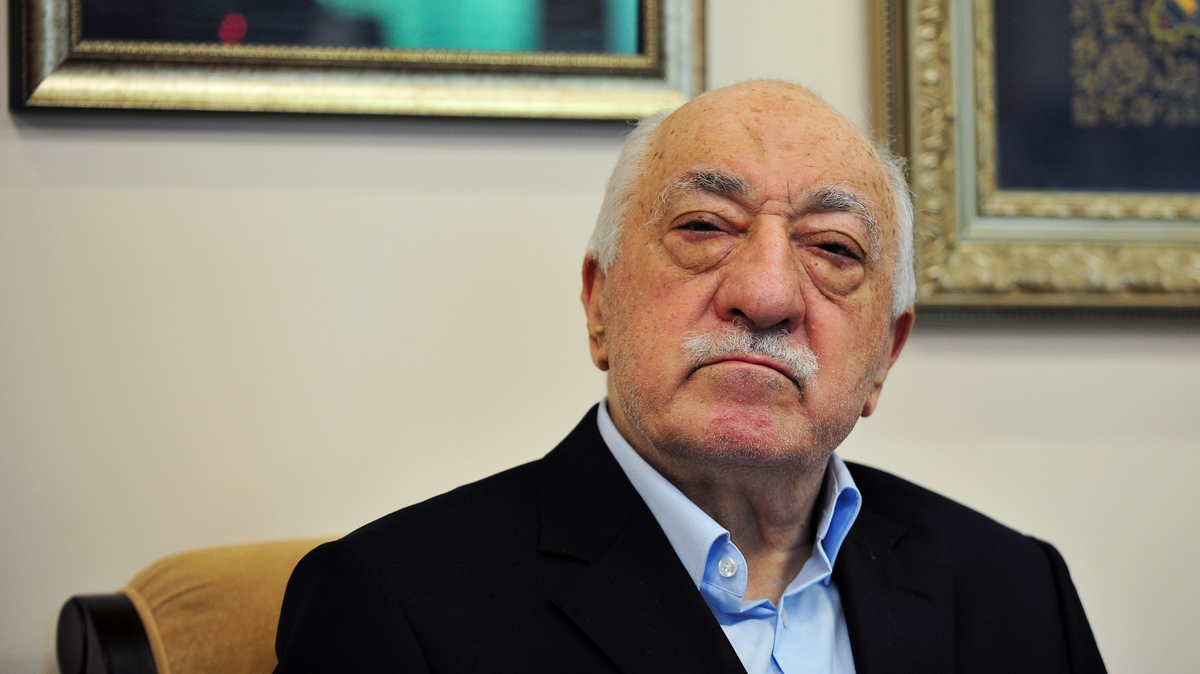 Turkish officials have blamed a failed coup attempt on Muslim cleric Fethullah Gulen, who denies the accusation. Since 1999, he has lived in the U.S. Gulen is shown here on July 17 speaking to reporters at his compound in Saylorsburg, Pa.

When Turkish officials visited Washington this week, one of their first stops was the Justice Department. They are trying to make the case that the U.S. should extradite a key suspect in last month's failed coup attempt.

Following those talks with the Justice Department, three Turkish lawmakers had tough words about Fethullah Gulen, the aging cleric who lives in rural eastern Pennsylvania and whose followers have been rounded up in Turkey in the wake of the coup.

"For us, [Osama] bin Laden organizing and directing 9/11 from a cave in Afghanistan is no different than [Gulen] organizing and giving orders for a bloody coup attempt from a small town in the United States," Taha Ozhan, chairman of the Turkish parliament's commission on foreign affairs, said during a news conference at the Turkish Embassy in Washington.

Gulen has denied that he or his followers were involved in the failed coup on July 15.

Another Turkish lawmaker, Kamil Aydin, of the nationalist MHP party, says he gets the sense that the U.S. is eager to find a solution.

"I believe that America is going to refuse losing Turkey as a good partnership in the region," he told NPR after the news conference.

Legal experts, though, say this extradition process could be lengthy.

The first step is for Turkey to persuade the Justice Department to bring a case before a U.S. federal judge, who will then have to rule whether Gulen is "extraditable" and whether there is probable cause that he committed a crime.

A court case and a political case

Once that happens, the case goes to the secretary of state for review and becomes more of a matter of international politics.

"The extradition process is designed with a diplomatic focus," says John Parry, a professor at Lewis and Clark Law School. "It is designed to create a process that involves the courts, though not too much, and leaves most of the control in the hands of government officials and diplomatic interests."

Extradition is a routine process, mostly involving transnational crimes from drug dealing to money laundering. Parry estimates there are several hundred cases a year of alleged criminals either coming to the U.S. for trial or being sent abroad.

As for high-profile cases like the one involving the Turkish cleric, Parry recalls a series of cases in the 1970s and '80s when the U.K. wanted the U.S. to extradite suspects from Irish Republican Army bombings. Some of those suspects were eventually deported even after U.S. courts blocked their extradition.

The government can also control how quickly this moves.

"It is very easy to slow walk it," Parry says. The State Department is already suggesting Turkey's extradition request for Gulen could take time.

There are many factors the U.S. government would have to weigh. Turkey is a NATO ally and the U.S. has condemned the coup attempt. The U.S. would also have to consider whether Gulen would likely get a fair trial in a country that is now arresting thousands of his alleged followers.

"We will support the government's fight against these coup plotters. On the other hand, if they are trying to take some opposition members, we will be criticizing them," Salici says, adding so far there have been some, but not many opposition political figures arrested in this crackdown.

Salici is hoping the United States will remind its ally Turkey of the need to return to a normal democracy. He, too, though, came to Washington to urge the U.S. to send Gulen to a Turkish court.