Accessibility links
After Losing Half A Beak, Grecia The Toucan Becomes A Symbol Against Abuse : Parallels After the famous toucan received a prosthetic replacement, it's story has helped spark a national movement against harming animals in Costa Rica, where a new anti-abuse bill is also gaining traction. 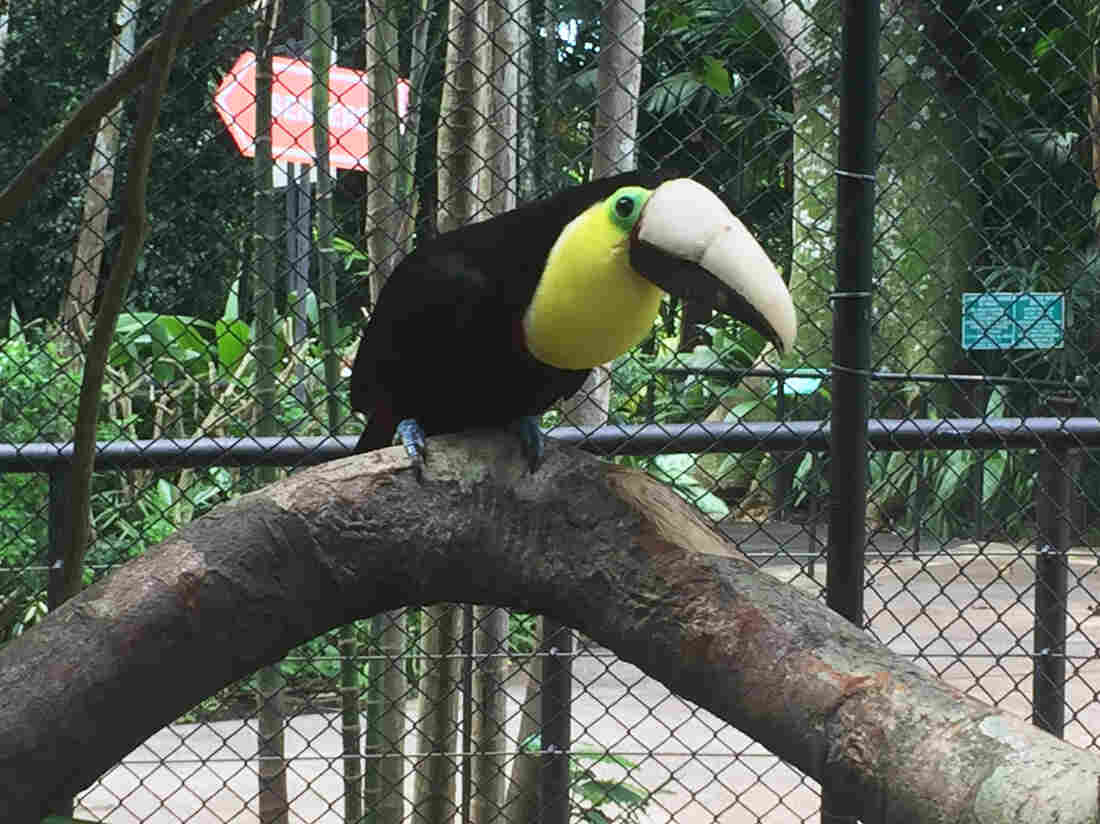 On display at ZooAve Animal Rescue in Alajuela, Costa Rica, Grecia, the chestnut-mandibled toucan, can now eat on its own and sing with the new beak. Grecia was in rehabilitation for months after receiving a 3-D-printed nylon prosthesis. Carrie Kahn/NPR hide caption 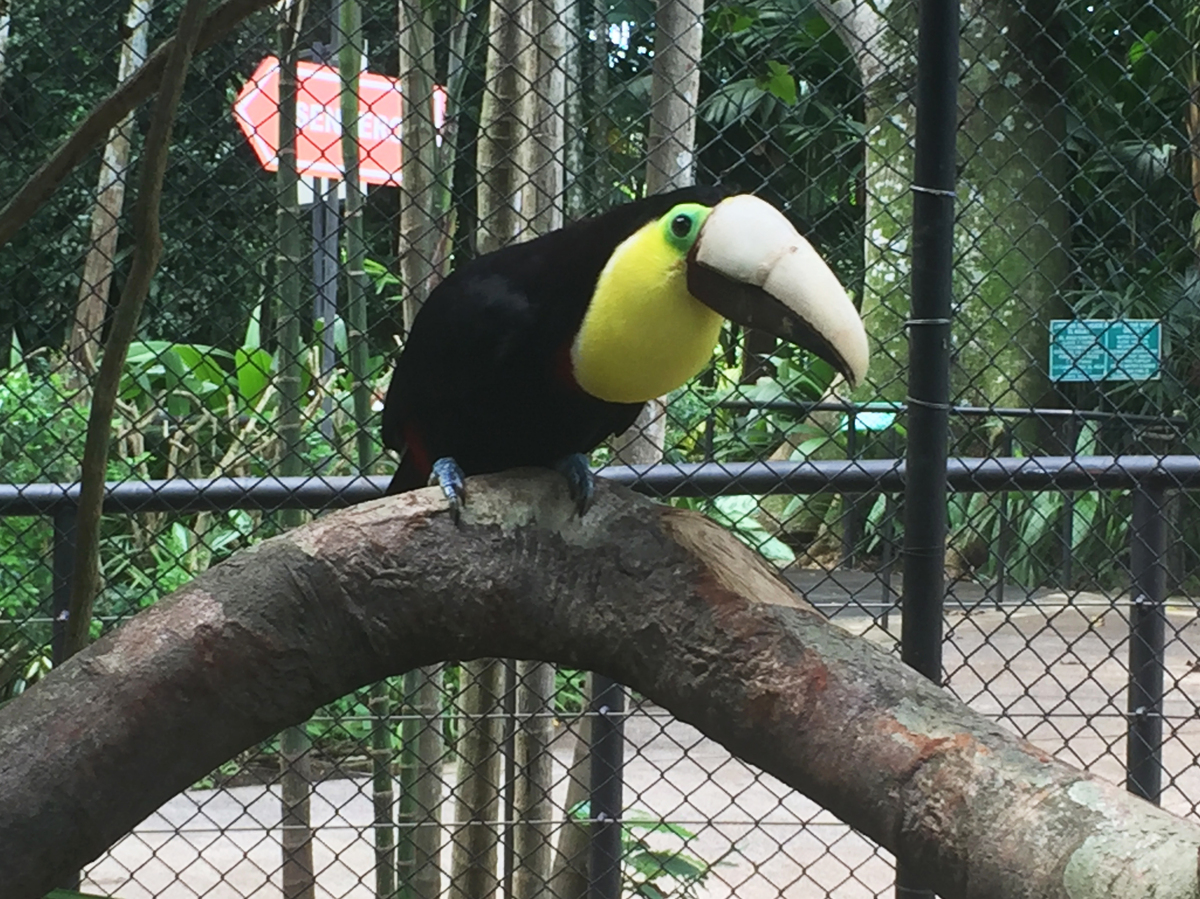 On display at ZooAve Animal Rescue in Alajuela, Costa Rica, Grecia, the chestnut-mandibled toucan, can now eat on its own and sing with the new beak. Grecia was in rehabilitation for months after receiving a 3-D-printed nylon prosthesis.

Remember the toucan in Costa Rica who had its upper beak hacked off by a perpetrator who was never found?

Well, here's an update to a story we first told you about last year. And, spoiler alert — it has a happy ending.

Local residents brought the bird to a nearby animal rescue center. And thanks to its dedicated workers, amazing doctors and engineers, the toucan now has a prosthetic beak.

That new beak and Grecia, as the bird's called, went on public display just this last week at ZooAve, a private animal rescue center about 30 minutes outside Costa Rica's capitol.

Nine-year-old Leonardo Jimenez was thrilled to finally see the bird.

"This is the third time I've tried to see Grecia," he says.

Jimenez started following Grecia's plight ever since the bird was brought here in January, 2015. Nearly its entire top beak was cut off.

"She was really bad off," says ZooAve caretaker Ronald Sibaja. "All that was left of the top beak was a jagged bloody stump".

Sibaja refers to Grecia as "she," although no one knows its gender. It would have to take a blood test to determine its sex, an added stress Sibaja says the injured bird didn't need. 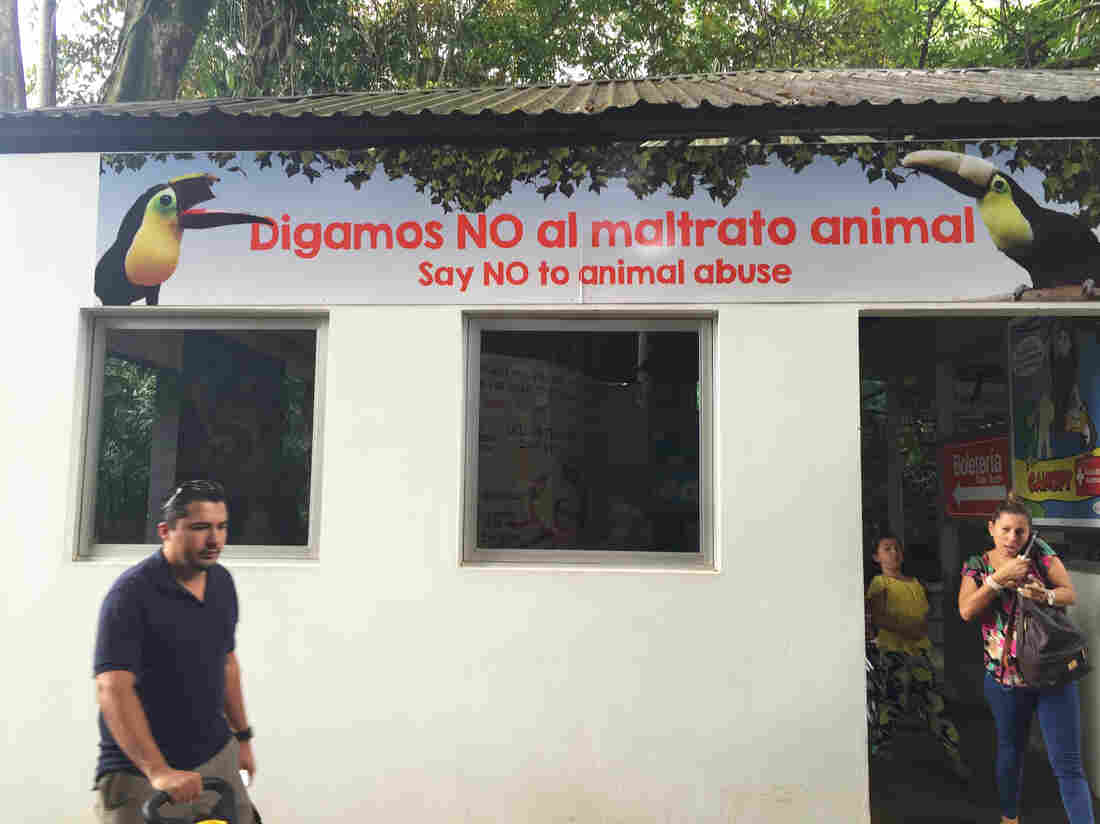 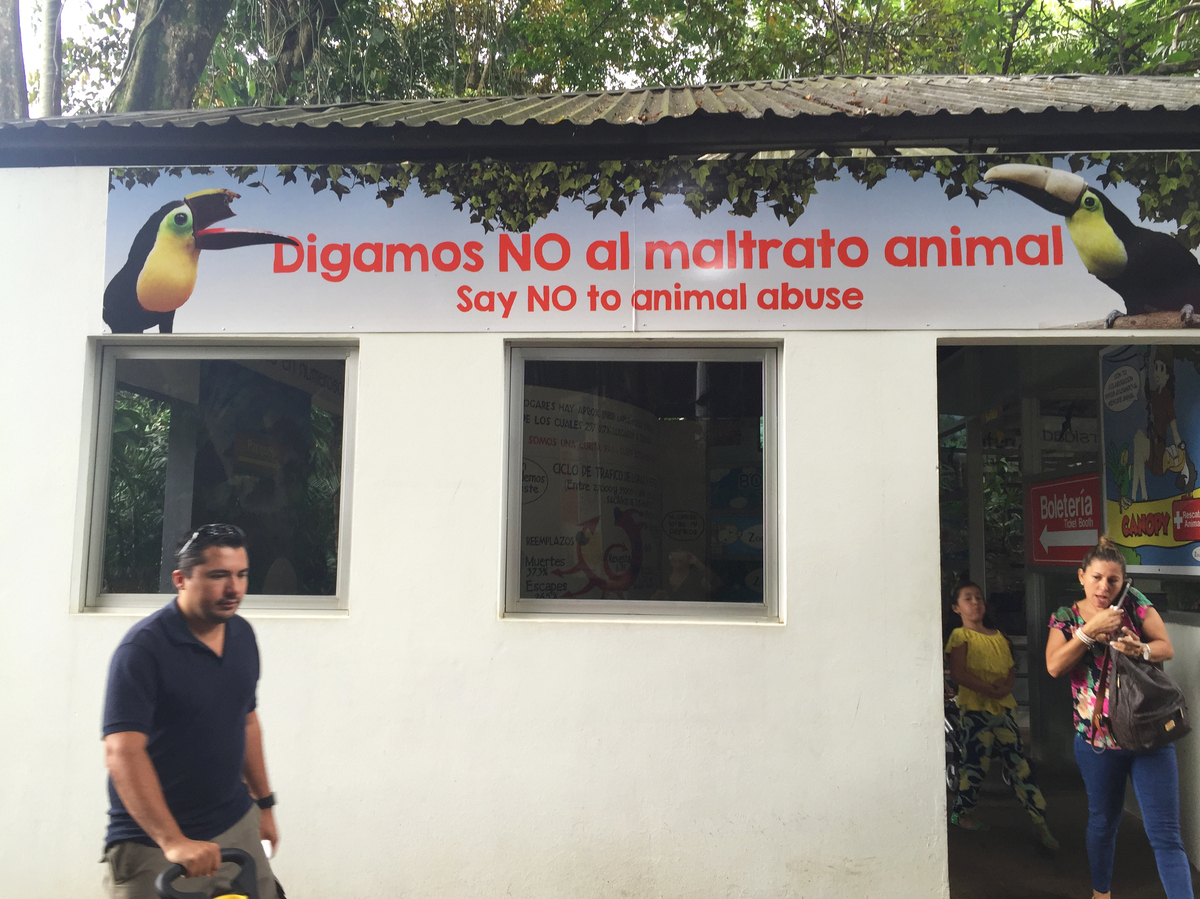 "When the veterinarian did that first exam we all thought she would have to be euthanized," says Sibaja.

Toucans need their beaks for everything from eating to regulating body temperature. But he says you could tell Grecia wanted to live. She sang as best she could and would try to eat.

Sibaja says he had read about eagles and ducks getting prosthetic beaks and suggested one for Grecia.

When the decision was made to get the bird a new beak, news of Grecia and her prosthesis campaign went viral. A 3-D printing company from the U.S. with partners in Costa Rica signed on to make the beak.

"Everybody was working for free, all the group of scientists," Heredia says, including a dentist, experts in nanotechnology and industrial designers.

In the end, Grecia was fitted with a synthetic beak, made of nylon assembled in a 3-D laser printer.

The beak was made in two parts. The top was glued to Grecia's stump with a special epoxy, and the longer, second part is attached with a pin. That way the beak can be removed for periodic cleaning.

ZooAve caretakers decided to leave the synthetic beak white and not paint it. They say they didn't want to cover up the abuse Grecia had suffered.

Filmmaker Heredia says Grecia's rehabilitation was inspiring, but equally motivating was how this small bird sparked a national movement for animal rights. Under current Costa Rican law, there's no punishment other than a minuscule fine to whoever brutalized the toucan.

"So when the case of Grecia happened and it went so viral around the world, Grecia became this icon for this changing in the law," says Heredia.

Animal rights activist Juan Carlos Peralta says citizens had gotten a ban on hunting wild animals passed, but that a bill to protect and punish animal abusers had stalled over the last years in the legislature.

"Grecia motivated and moved our entire country to do more," Peralta says.

Costa Ricans held rallies in support of the new anti-abuse bill. Just last Sunday, they held another march down the capital's main street chanting "no to animal abuse." And they gathered signatures to get the bill made into law.

ZooAve animal caretaker Ronald Sibaja is hopeful the bill will pass by the end of the year. He says he believes there's a reason why things happen the way they do.

"What happened to Grecia was terrible," he says. "But it brought awareness of animal abuse in our country," says Sibaja.

Now he says he hopes something good will come out of something so ugly yet again.