Accessibility links
In Turkey, The Man To Blame For Most Everything Is A U.S.-Based Cleric : Parallels In Turkey, they're blaming everything from July's failed coup attempt to a 2014 coal mine disaster on the elderly Fethullah Gulen, who's lived in Pennsylvania for decades. 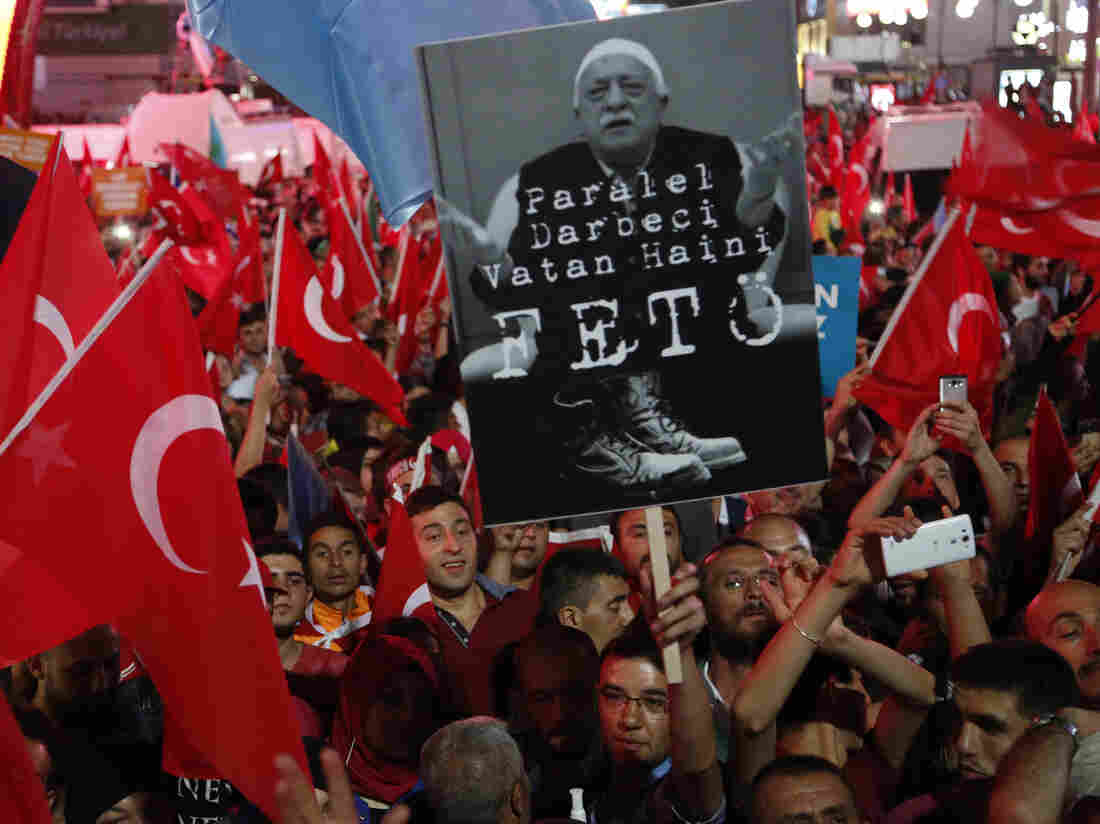 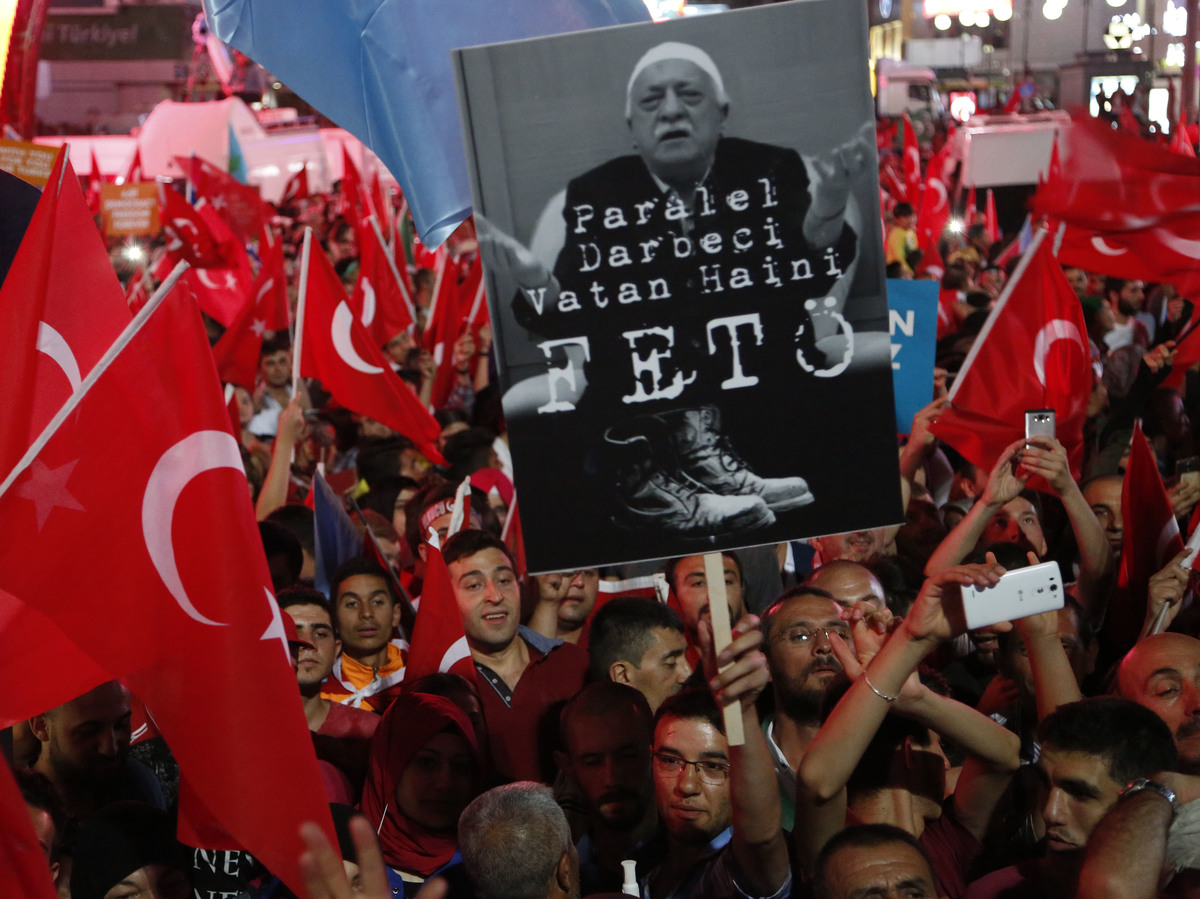 Since Turkey's government survived a violent coup attempt on July 15, it has pointed the finger at followers of an elderly, U.S.-based cleric. His name is Fethullah Gulen, and he denies any involvement. Turkey is demanding his extradition from the U.S., where he's lived in Pennsylvania since the late 1990s.

Gulen moved to America in 1999, amid worries that Turkey's secular and military elite was after him. Gulen became a close ally of Erdogan and his AKP party when the party came to power, but the two had a falling out several years later.

But it isn't just last month's attempted coup that the Gulen movement is being blamed for. Everything from suicide bomb attacks to past mine disasters are being laid at the cleric's doorstep.

Remember last November's Turkish shootdown of a Russian fighter jet? The two pilots involved were arrested last month for taking part in the coup effort. The Ankara mayor declared they were Gulen followers — and the shootdown was their fault, too.

In 2014, an explosion at a coal mine in Soma led to an underground fire that killed 301 people. The owners came under criticism for safety conditions at the mine. But a mine manager emerged to declare terrorists were somehow involved — and he specifically blamed the Gulenists.

More recently, a horrific suicide bombing at a wedding in Gaziantep killed dozens in August. Most signs pointed to the Islamic State as the culprit. President Recep Tayyip Erdogan said maybe so — but, he insisted, the Gulen movement had a hand in the carnage as well. 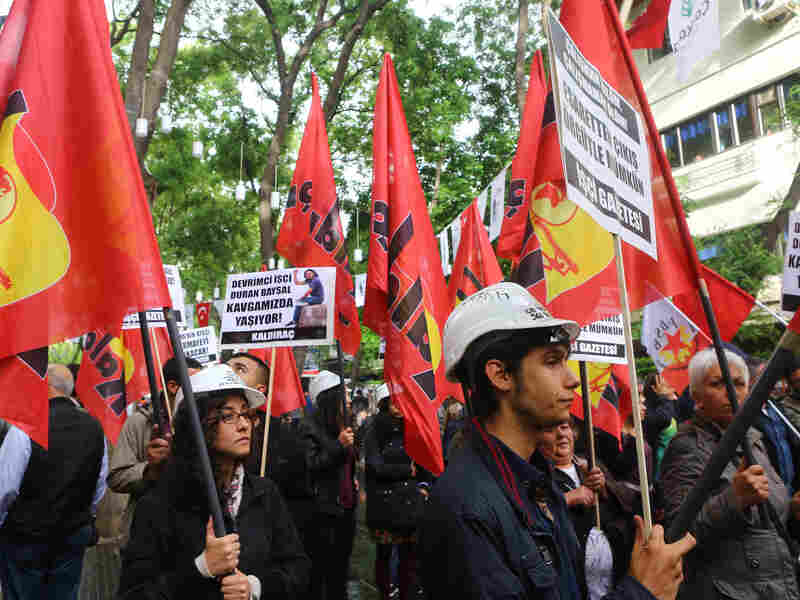 People take part in a march in memory of miners who died in an explosion at the Soma coal mine, on May 13 in Ankara, marking the second anniversary of a disaster that left 301 miners dead. U.S.-based cleric Fethullah Gulen is now being blamed for the tragedy. Adem Altan/AFP/Getty Images hide caption 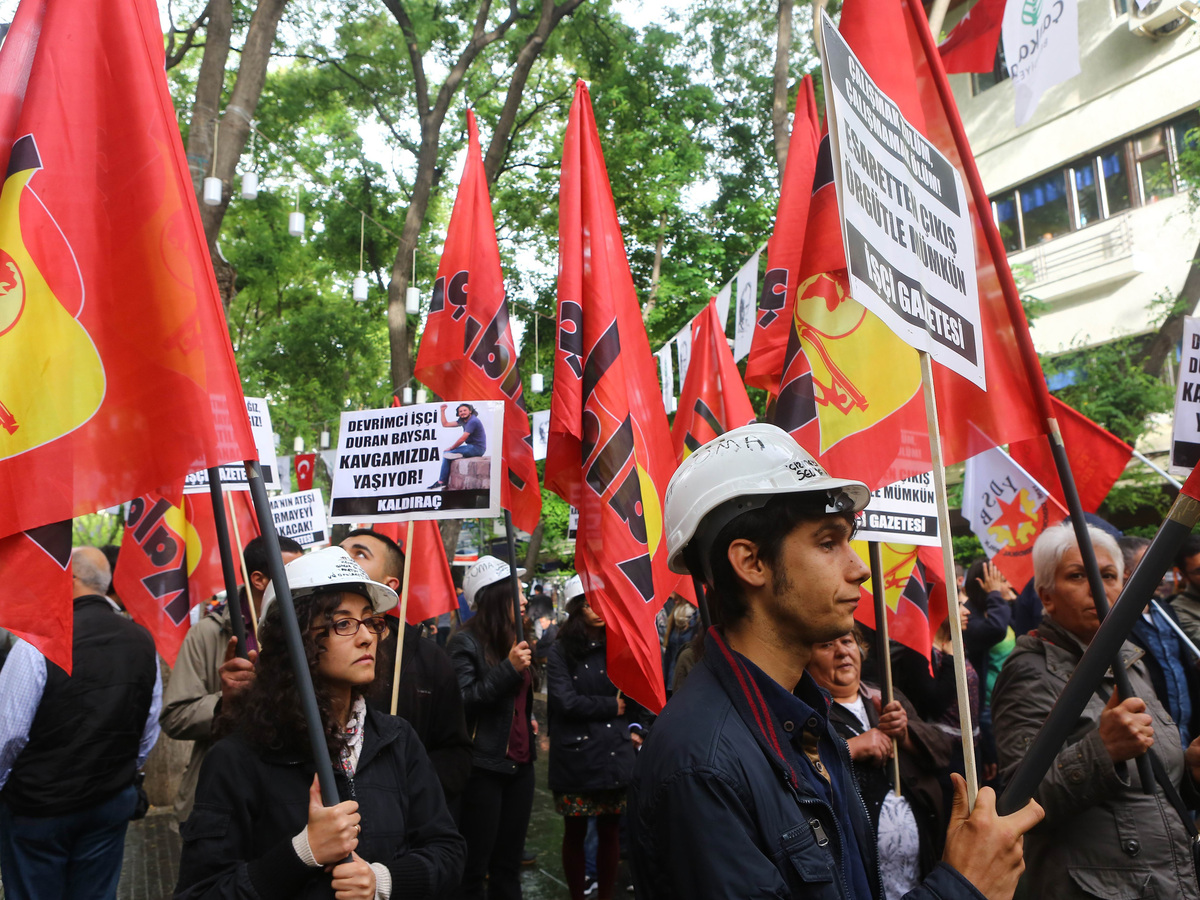 People take part in a march in memory of miners who died in an explosion at the Soma coal mine, on May 13 in Ankara, marking the second anniversary of a disaster that left 301 miners dead. U.S.-based cleric Fethullah Gulen is now being blamed for the tragedy.

"Created by the CIA"

Some of the Gulen-related accusations go back years. When Turkish-Armenian journalist Hrant Dink was murdered back in 2007, few believed his death came only at the hands of the 17-year-old nationalist originally convicted for the killing. Now the case is back open, and Gulen-linked police chiefs are to stand trial for their alleged involvement.

A few of the claims against the Gulen movement incorporate anti-American themes, some of them quite extreme. Turkish media have quoted an indictment written by a Turkish prosecutor that declares the Gulen movement was "created by the CIA" — just like "the Mormon Church and the Church of Scientology."

Every day, in fact, the Turkish public is exposed to a barrage of anti-Gulen attacks in the pro-government media. Most media don't even call it the Gulen movement anymore. It's now referred to as "FETO," which stands for "Fethullah Terrorist Organization," and it's commonly referred to as a "terror-cult."

There haven't been reliable opinion surveys, but Turks seem prepared to accept that at least some Gulen followers may have been behind the coup attempt. Pro-Gulen sentiment has been largely driven underground in the current climate, as Turkey remains under a state of emergency. There are varying degrees of skepticism about the other allegations.

Some Turks see the current anti-Gulen rhetoric as a strategy for Turkey to gain leverage in its extradition request with the U.S. If Gulen is really guilty of so many crimes, this theory goes, not extraditing him might be politically painful for Washington, as it tries to maintain smooth relations with a key ally in a volatile region.

Gulen has denied any involvement in the coup attempt, and his lawyers in Washington say Turkey's government has a track record of making allegations against perceived enemies that don't bear scrutiny. The extradition process is also likely to turn on the quality of the evidence presented against the cleric.

During Vice President Joe Biden's visit to Turkey last week, Erdogan acknowledged something American officials have been saying, but most Turks haven't heard — that the many boxes of documents asserting Gulen's guilt already sent to Washington weren't even about his alleged involvement in the coup. They were about prior allegations of wrongdoing from years ago.

Now the Turks are compiling coup-related evidence against him, after meeting with a U.S. technical team from the Justice Department. Whatever the extradition decision eventually is, it's certain to take a long time.