Accessibility links
Pipe Dream Becomes High-Tech Transport Line For Historic Belgian Brew : Parallels A pipeline of beer may sound like a dream to some suds lovers, but this one may just help one Belgian brewer keep the taps flowing. 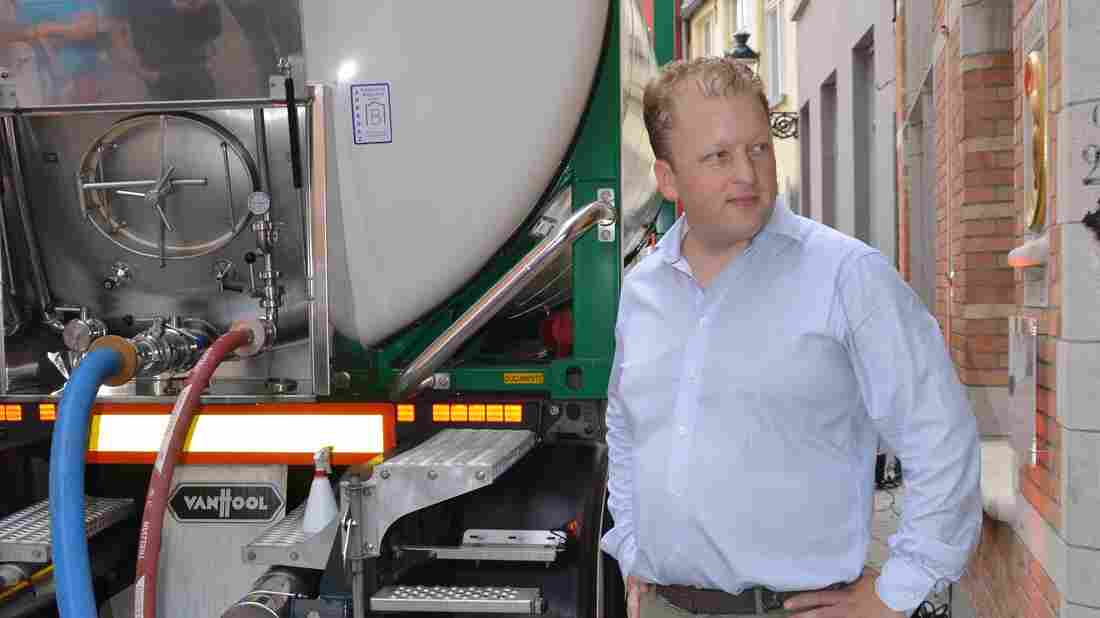 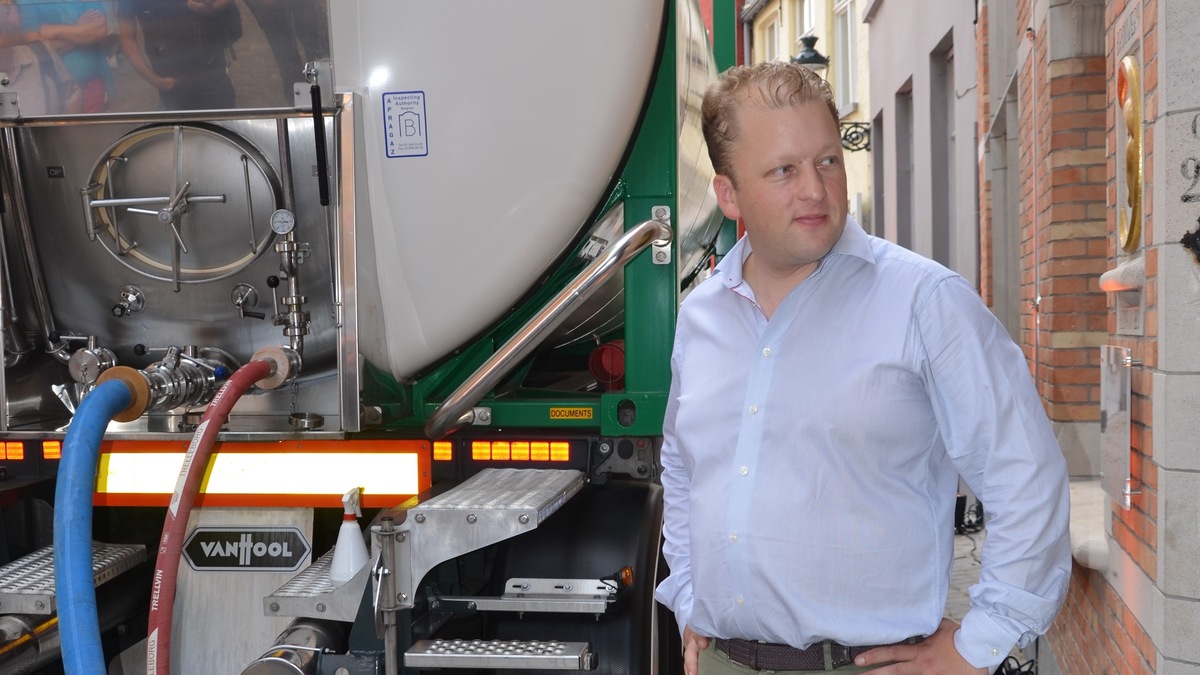 Tradition and authenticity are so essential to Belgian beer-brewing that years ago when the European Union tried to impose certain hygiene regulations on their production, some brewers fought back to preserve their centuries-old fermentation process — including medieval dust, spiderwebs and all — and won.

So when Xavier Vanneste, heir to the six-generation Bruges brewing dynasty that owns the 500-year-old De Halve Maan brewery, started musing that he envisioned transporting his beer to its bottling plant underground through a plastic pipe instead of via tanker trucks, he got many gasps — and outright guffaws — over the idea that he would tinker even a tad with the liquid family heirloom.

This Modern Meadery Is Making Honey Wine Hip — With Hops

One of Vanneste's most popular beers is named after and represented by a colorful court jester character, the "Brugse Zot." The 36-year-old brewmaster says he heard a lot of references to the goofy fool. People told him, " 'Oh, you're just crazy, it's not a serious project,' " he says. Multiple engineers dismissed his requests to draw up plans.

Bruges Mayor Renaat Landuyt admits he was among those skeptics five years ago when Vanneste first articulated his pipe dream. "I thought, What sort of 'zot' idea is that, now?" he chuckles. "Asking to build a pipeline underground, under historical buildings, under a historical city, you can't mean that!"

But Vanneste knew demand was growing by double digits every year. It would soon mean city authorities would ban him from adding more and more trucks to pick up the beer — huge vehicles that could barely squeeze down the fragile cobblestone streets on Walplein Square. And moving the historic De Halve Maan, itself a stop on every walking tour, was not an option. "It's part of the heritage of the town to have an old city brewery here," Vanneste says. "It's really part of our life story as well to keep it here, therefore, we need[ed] to find the right compromise." 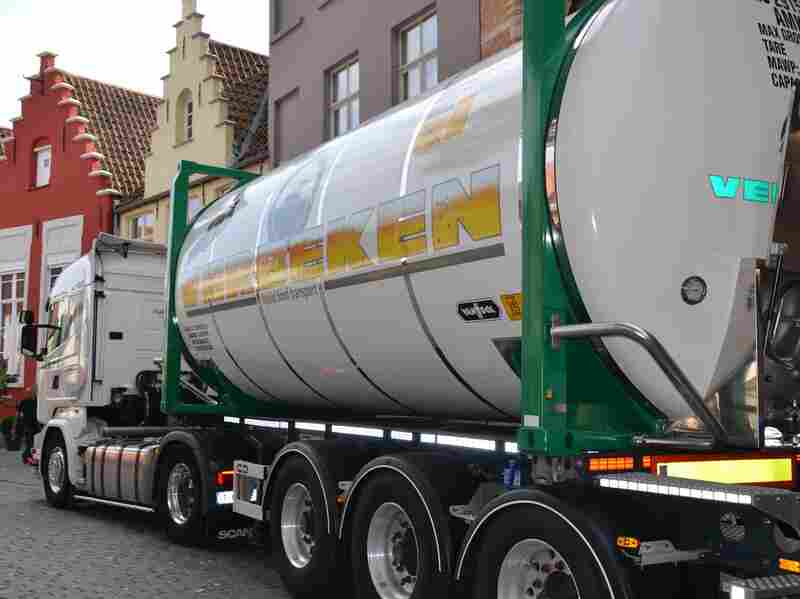 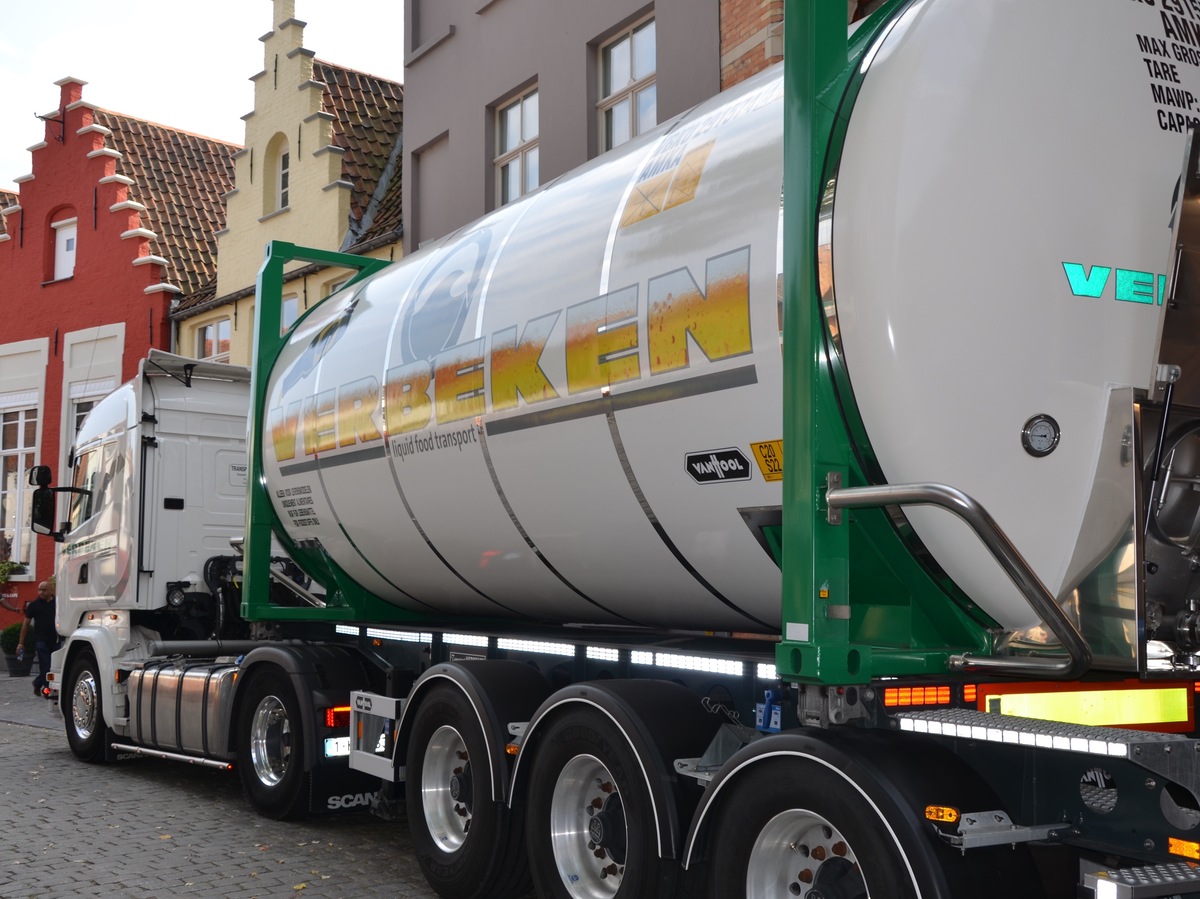 Launching himself into the research, Vanneste eventually convinced structural engineers and beer engineers that the pipeline was a serious option to preserve Bruges' livability.

But what about the quality of the beer?

Yeast is notoriously temperamental, as are consumers.

Vanneste's own mother, from whom he inherited the company mantle, was initially concerned, too. Véronique Maes couldn't let the reputation of the 160-year-old family recipe suffer; no one had ever heard of a beer pipeline.

"I said, 'That's not possible,' " she recalls, presuming one day her son would wake up and forget his "crazy idea."

But on the night the project was being inaugurated, sitting in the brewery's office which had been her family home growing up, Maes now beams with pride. She regrets that her father, who passed away last year, could not see his grandson's innovation implemented. But she says he knew before he died that the project was going ahead and he was "very, very, very proud."

More than four years in the planning, the pipeline took less than four months to actually build. It's expected to move about 1,000 gallons per hour. Vanneste says there was great interest from the city, but it was all positive — curious, but positive. He says not one resident protested at the public hearing.

Engineer Alain De Pre, who's usually busy laying oil and gas lines, says there were enormous construction challenges — there's no space to move in heavy equipment for drilling. Builders had to use the city's iconic canals for moving large pieces, and he notes the swans weren't quite as amenable as the beer-loving Bruges population.

But De Pre says the upsides far outweighed any difficulties. Normally, he says, people are "not very pleasant" when you explain that you're going to be tearing up their streets and sidewalks. But this was different, De Pre explains. As news of the beer pipeline spread, so did the goodwill.

"It was a very positive atmosphere," he says. "They took selfies with it, with our project. So it was the first time that I saw this in my whole career."

Of course, residents' next thought was whether they could perhaps tap into the project, literally. Vanneste says he got plenty of emails offering free garden access in exchange for having a private spout. That wasn't possible for hygienic, technical and other reasons.

But he says it gave them an idea. "Why not let people participate in this crazy story? Why not give them the opportunity to buy one meter of pipe?"

The pipeline's crowdfunding effort was born.

Of the total 4 million euros (approximately $4.5 million) cost of the project, about 340,000 euros came from the public. Depending on the level of investment, a certain amount of beer is bestowed every year — or in the case of the "gold-level" funding, every single day — for the rest of the funder's life.

Kathleen Bertier bought in for her son, who's living in Hong Kong. He's a fervent fan of De Halve Maan beers and she says he's holding his breath for an undersea line next.

Other companies are contacting Vanneste to learn what he knows, now that he's not seen as the "Brugse Zot," but as a visionary. Over a glass of brew, Mayor Landuyt wonders aloud if chocolate might be next.