Accessibility links
As Saudi Arabia Diversifies, A Texas Oil Refinery May Be In Its Future : Parallels Analysts say Saudi Arabia's national oil company may be trying to buy a refinery in the U.S. It's part of an effort to build an economy that goes beyond oil exports. 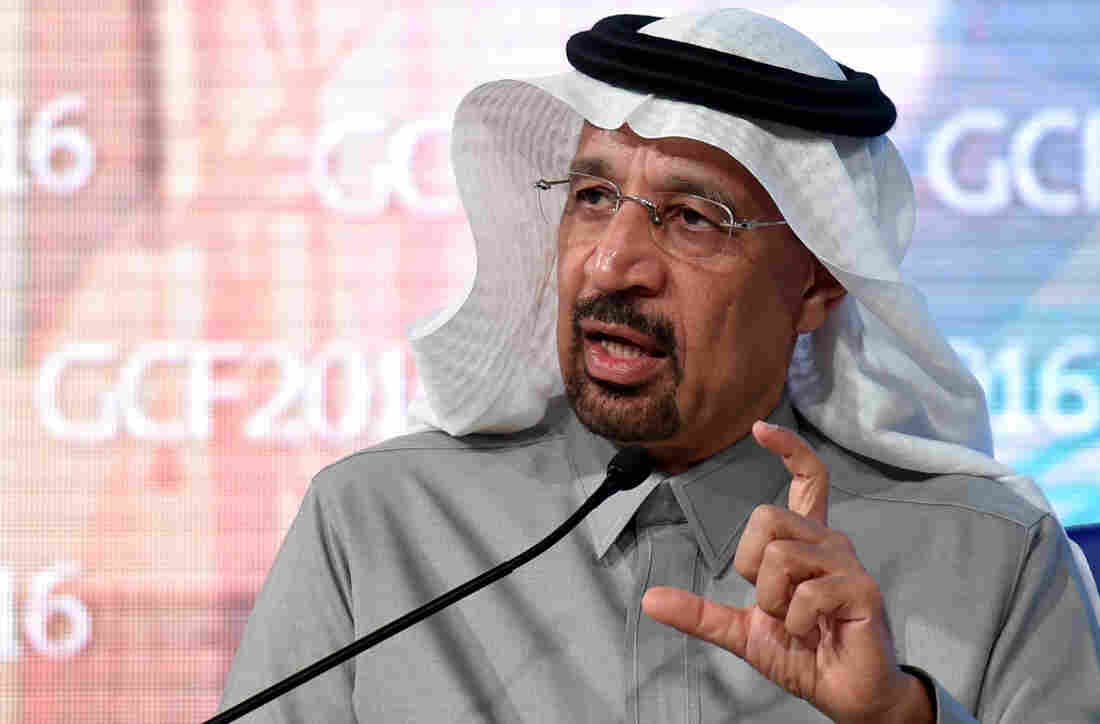 Khalid al-Falih is shown at a conference in Riyadh in January, when he was still chairman of Saudi Arabia's state oil giant, Saudi Aramco. He became the country's oil minister in May. Saudi Arabia has been looking to diversify its holdings, and Aramco is reportedly looking to buy an oil refinery near the port of Houston. Fayez Nureldine/AFP/Getty Images hide caption 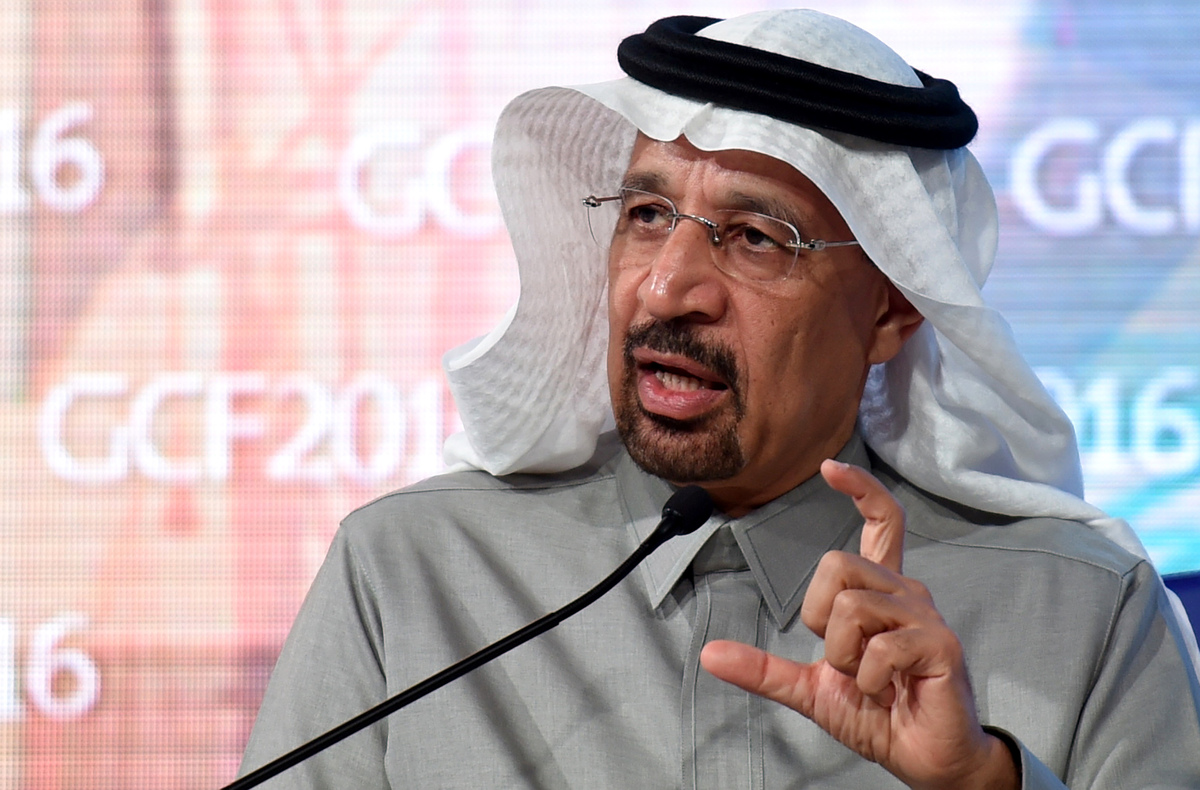 Khalid al-Falih is shown at a conference in Riyadh in January, when he was still chairman of Saudi Arabia's state oil giant, Saudi Aramco. He became the country's oil minister in May. Saudi Arabia has been looking to diversify its holdings, and Aramco is reportedly looking to buy an oil refinery near the port of Houston.

Saudi Arabia is such an influential player in the oil industry that any action it takes — or is rumored to take — can sway global markets. So it's not surprising there's a lot of speculation about whether its massive state oil company, Saudi Aramco, is trying to buy a refinery in Texas.

The oil refinery, owned by the Dutch company LyondellBasell, sits along the Gulf of Mexico coast near the port of Houston. It's for sale, and analysts believe Saudi Arabia is eyeing it. That's creating a lot of chatter among global oil analysts, foreign policy experts, and Saudi watchers who are trying to decipher why the kingdom is interested.

This is not the kind of thing the Saudis would have done in the past, especially when oil markets were flush. But such a move today would be in line with efforts by King Salman, who assumed the throne last year, and his son Mohammed bin Salman, the deputy crown prince, to modernize and diversify the kingdom's economy to make it less dependent on simply exporting crude oil.

Jean-Francois Seznec, a senior fellow and energy specialist at the Atlantic Council, says Saudi leaders have long recognized the country needs to build a broader economy, especially now with chronically low crude prices and concerns over climate change. Oil was trading at around $45 a barrel on Tuesday.

Seznec says Saudi Arabia wants to be ready for "a post-oil era."

"They need to diversify the economy now. They cannot just wait; they need to have many, many different products," he says, adding, "They want this within the next 10 to 15 years."

Seznec says the refinery is likely to produce thousands of products such as petrochemicals and plastics, along with gasoline and diesel. He says a sale would not undermine U.S. control of its refining capacity as it is not an especially large refinery — just one of a couple of dozen in Texas alone.

Seznec says other major oil exporters such as Russia or Venezuela have not thought in the same strategic way. He says many Saudi oil officials have been trained in American schools and worked in American companies.

"It shows how much the American corporations have influenced the thinking of the Saudis because this is exactly the kind of thinking a company like Exxon Mobil or Chevron, people like that, would use," he adds.

Jim Krane, an energy specialist at the Baker Institute at Houston's Rice University, says Aramco is buying refineries elsewhere as a way to ensure it has customers for its crude oil.

"Saudi Aramco has been buying refineries mainly in Asia, countries where they see demand growing, so China, India, Vietnam," he says. "It's a big growth market."

But it's a different story in the U.S. Imports of heavy Saudi crude have dropped over the past few years, thanks in large part to the shale drilling boom in the U.S. And other producers, particularly Canadian ones, have been muscling in on market.

Amy Myers Jaffe, an energy specialist with the University of California, Davis, says via Skype this has left Saudi Arabia feeling it is losing influence in the U.S.

"Saudi Arabia has always been concerned that if they don't sell a certain amount of oil to the United States that we won't care enough about their national security," she says.

Krane says one of the ways to ensure Saudi Arabia maintains its influence is making sure the U.S. buys its crude oil.

"So one of the ways they can do that is by owning refining capacity in the United States and making sure those refineries buy Saudi crude ... rather than Canadian crude or crude from Mexico or Venezuela," he says.

Much of that will depend on whether Saudi Arabia does buy the LyondellBasell refinery. LyondellBasell declined to comment. The Saudi Embassy in Washington did not respond to questions about a possible sale.