Accessibility links
Italy's 'Cultural Allowance' For Teens Aims To Educate, Counter Extremism : Parallels Italy is giving 500 euros to every 18-year-old to spend on theater, music, books or other cultural events. The money is aimed at educating native-born Italians and assimilating immigrants. 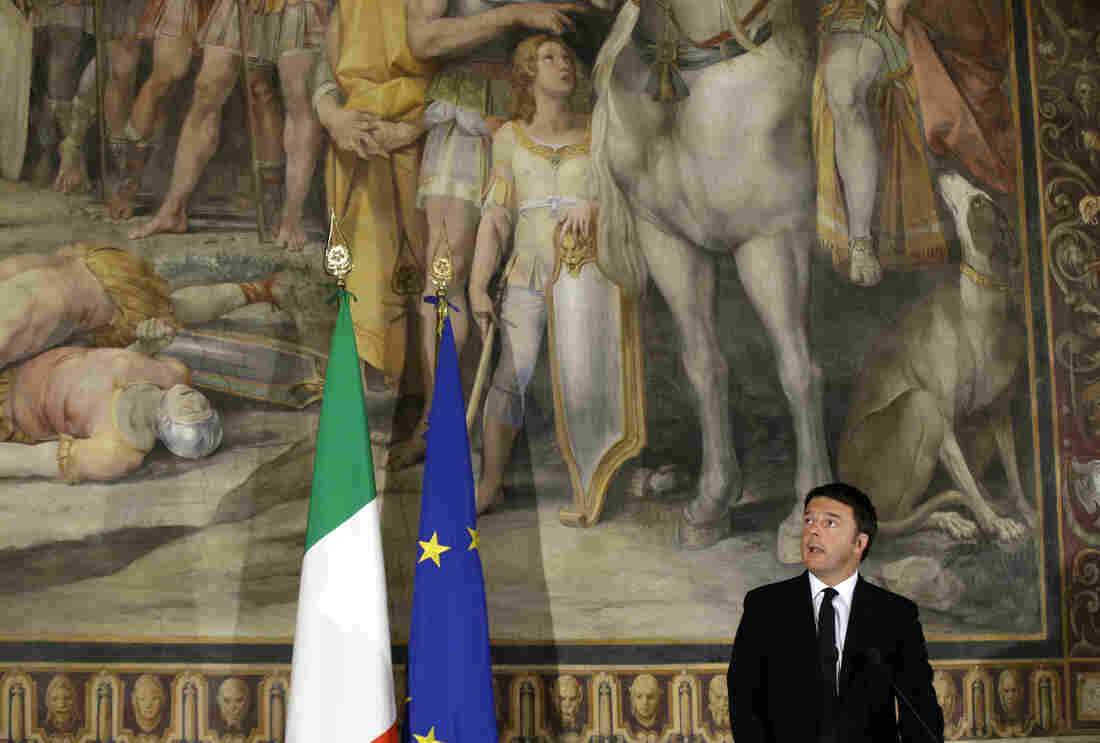 Italian Prime Minister Matteo Renzi speaks at a meeting titled "Italy, Europe, An Answer to Terror," held at the Capitolini Museum in Rome last November. Renzi's government is offering all Italian 18-year-olds 500 euros to spend on cultural events. The goal is to educate and to help a growing number of young immigrants assimilate. Gregorio Borgia/AP hide caption 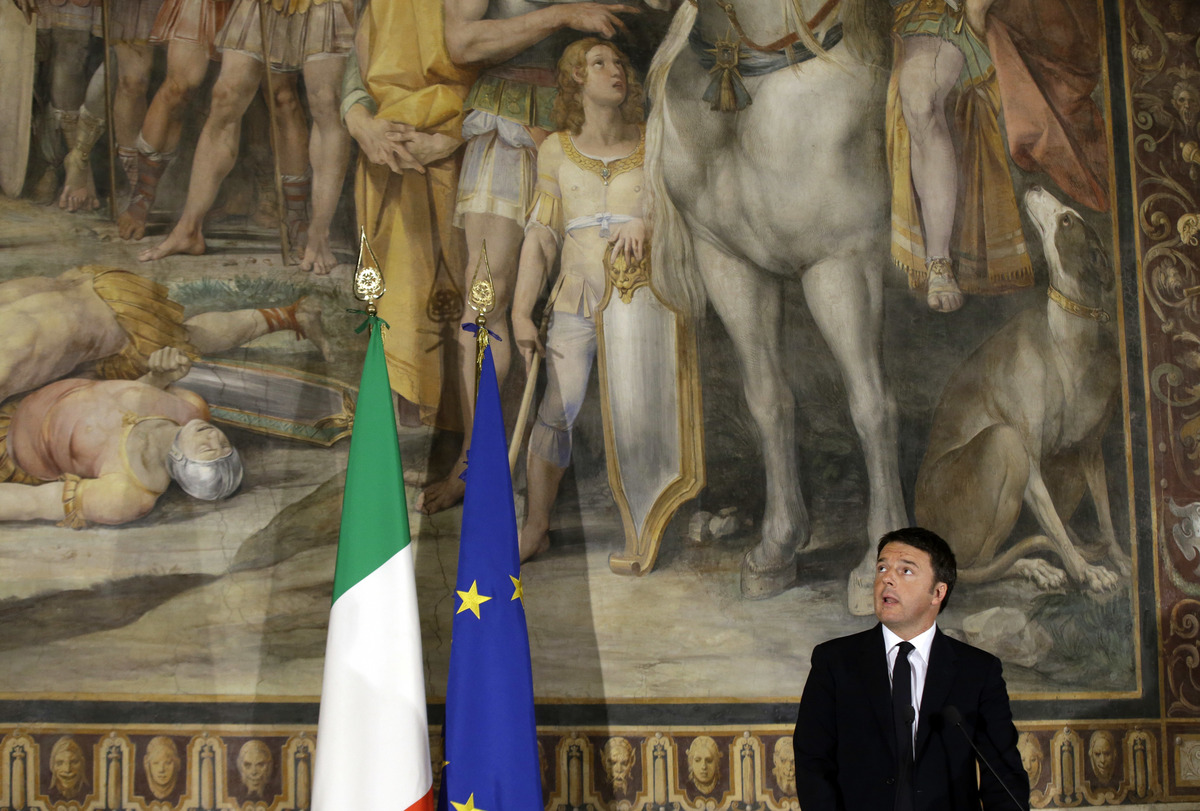 Italian Prime Minister Matteo Renzi speaks at a meeting titled "Italy, Europe, An Answer to Terror," held at the Capitolini Museum in Rome last November. Renzi's government is offering all Italian 18-year-olds 500 euros to spend on cultural events. The goal is to educate and to help a growing number of young immigrants assimilate.

Few things inspire more loathing in the hearts of high school students than the words "extra homework." But as Florence Mattei hands out a pamphlet to her homeroom class at the Southlands School in Rome, she tells them they may want to give this assignment a chance.

"Who would like to read what it's about?" she asks the room full of 18-year-olds.

A senior named Alessio translates from Italian into English: "For the people born in 1998 there is a 500-euro bonus that you can spend on cultural things, such as going to the cinema, visiting museums and this kind of stuff."

He stares at the page in disbelief. But it's true. Starting this month, Italy is offering its 18-year-old residents the equivalent of $563 to spend on culture, from concert tickets, books and museum admission to other qualifying events.

To get the money, they need to register online and download an app.

Youth unemployment in Italy is nearly 40 percent in a country that's been struggling economically for years. So the free cash is a welcome surprise for teens like Daniele Montagna, who knows where he is going to spend his first.

"On the concert of JB — Justin Bieber!" he rejoices.

And he can. The program doesn't distinguish between pop culture and highbrow culture.

'Tough Guy' Farmers Stand Up To Italian Mafia — And Win

The Italian government is hoping the program will educate kids born in Italy as well as integrate a growing population of foreign residents, dissuading alienated youths from following radical Islam.

Prime Minister Matteo Renzi first announced the so-called Culture Bonus last November after the Paris massacre, when Islamist terrorists killed 130 people inside a theater and outside on the streets.

"They destroy statues, we protect them," he said in a speech at the time. "They burn books, we're the country of libraries; they envision terror, we respond with culture."

But some question whether exposing young Muslims to, say, Lady Gaga will really endear them to Western culture.

"There is a chance that Lady Gaga is exactly what's going to make somebody angry," says Barak Mendelsohn, a senior fellow at the Foreign Policy Research Institute in Philadelphia and an expert in combating extremism. "That doesn't mean that they buy into your values. We've seen radicals trying to take advantage of the welfare state, funding themselves while building bombs."

He points to the Paris attackers. French authorities estimate they collected more than 50,000 euros in unemployment benefits — even while at least one of them had a job.

"They don't have any ideological obstacle in taking money from Western countries," Mendelsohn adds.

While Italy has so far avoided the recent spate of terrorism in Europe, the Colosseum and other Roman monuments figure prominently in ISIS propaganda videos.

That has put Italian authorities on high alert, as migrants and refugees arrive by the tens of thousands every year. This past spring, Italian authorities arrested four people suspected of plotting to bomb the Vatican under orders from Islamic State.

"We shouldn't wait for attacks and intervene afterward," says Stefano Dambruoso, a member of the Italian Parliament. "The Western world is bound to host more and more people because of mass immigration. We're not funding the Culture Bonus because we're such a good country. It's simply in our best interest to integrate people."

He refers to people like Hassan Mehdi, a migrant from Bangladesh, who sells phone chargers at Porta Portese, Rome's bustling outdoor flea market.

Mehdi says he is a resident and was born in 1998, making him eligible for the 500 euros.

"It's a great idea. I could buy books, improve my Italian, maybe get a better job," he says, as shoppers shuffle through bins of plugs and USB adapters.

"This is the first I've heard of it," he says, in similar disbelief to his Italian peers at school. "Where do I sign up?"