Accessibility links
5 Key Questions About Aleppo : Parallels It used to be the most populous city and the business capital of Syria. Now it's a symbol of urban devastation that's the focus of the country's five-year-old war. 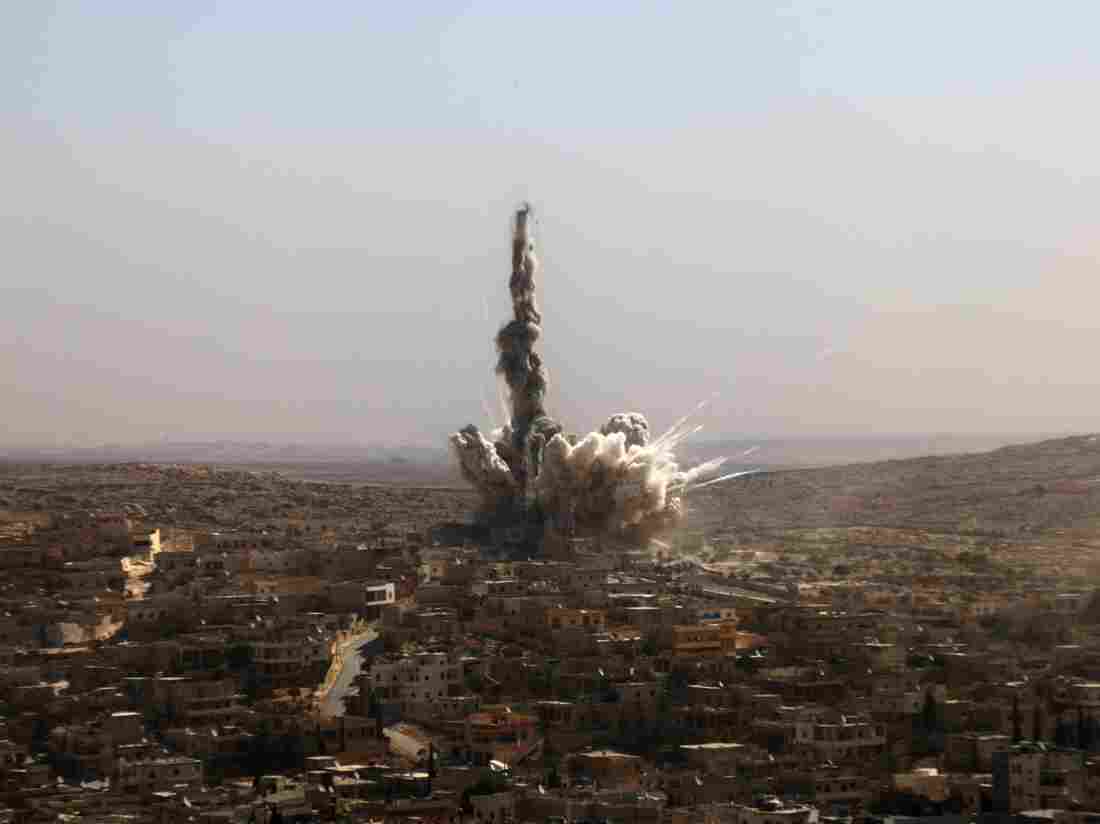 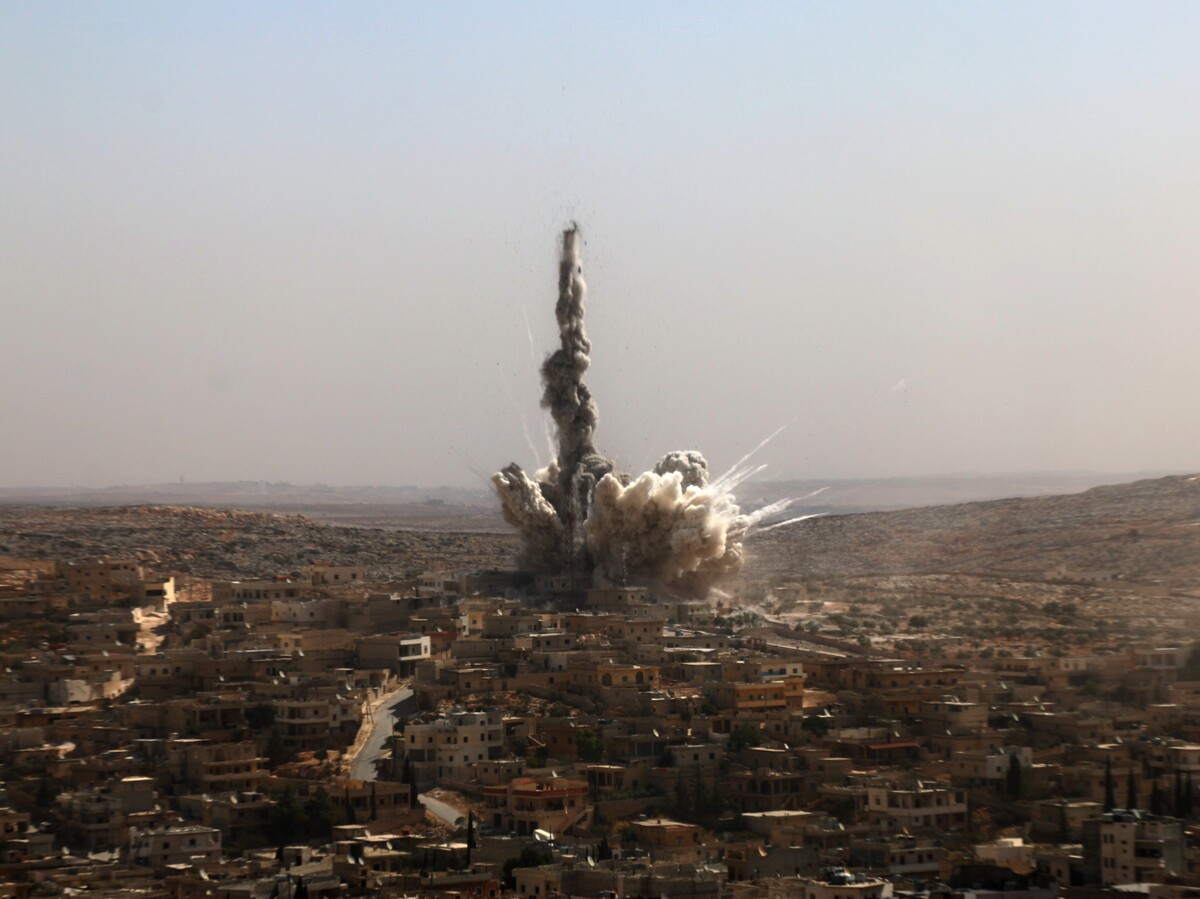 Smoke rises after a Russian Army aircraft bombed a residential area in the Darat Izza neighborhood of Aleppo on Oct. 4.

The Syrian civil war could be on the verge of its worst bloodshed yet — the wholesale destruction of the eastern side of Aleppo, one of the country's most important cities.

This is the warning the United Nations envoy, Staffan de Mistura, sounded in desperation this past week about Aleppo. Since the collapse of a ceasefire last month, the Syrian government and its Russian allies have stepped up attacks on the eastern side of the city, which is held by rebels.

"Two months, two-and-a-half months, the city of eastern Aleppo, at this rate, may be totally destroyed," said de Mistura. "And thousands of Syrian civilians, not terrorists, will be killed."

The Syrian government controls the western part of the city, where the U.N. says more than 1.5 million people live. Civilians there do sometimes get targeted by rebel shelling. But most of the concern is about eastern Aleppo, where the U.N. says about 250,000 people remain. Rebels have controlled this part of the city since 2012, but are facing an intense bombing campaign from Syrian and Russian forces.

De Mistura and U.S. Secretary of State John Kerry have stepped up criticism of the Syrian military and Russia for recent attacks on hospitals and an aid convoy. There have been others bombardments as well, on a bakery, and on the White Helmets, a group of volunteers who rescue people from the rubble.

Calls are increasing on Western powers to intervene amid the terrible scenes from the city. One of them came in an August video showing a wounded, dust-covered, 5-year-old named Omran Daqneesh, seated stoically in an ambulance.

Here are some of the key questions surrounding the battle for Aleppo.

Why is Aleppo so important in the Syrian war?

Before the war started in 2011, Aleppo was Syria's most populous city and its economic hub. President Bashar Assad can't credibly claim to rule Syria without it. Assad has been intending to retake it for years.

For the opposition, it's the most significant urban area where it has control. While many have fled the area, Eastern Aleppo shows the rebels do have significant grassroots support. It's a place where the rebels can display how Syria could be without the rule by the Assad family, which has run the country for more than four decades. A local council has provided a semblance governance, service and schools for the past several years. 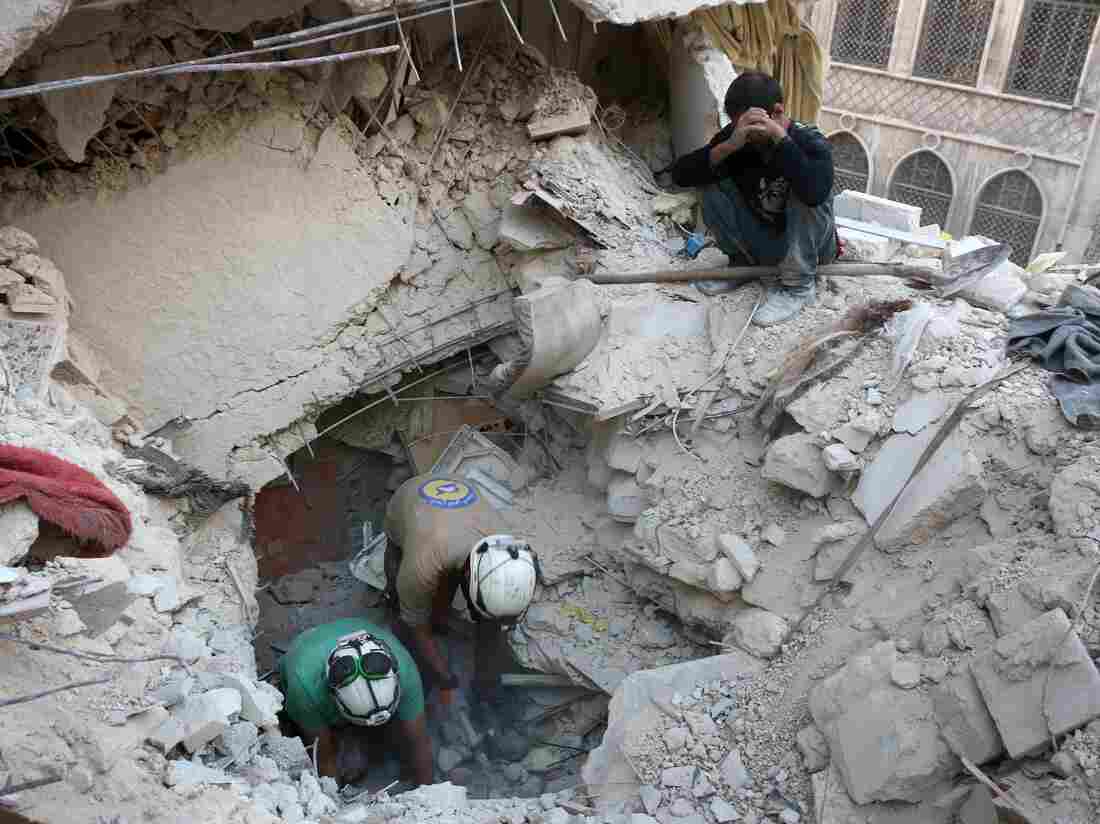 Syrian civil defense volunteers, known as the White Helmets, search for victims amid the rubble of destroyed buildings following a government forces' air strike on the rebel-held neighborhood of Bustan al-Basha in Aleppo on Oct. 4. Thaer Mohammed/AFP/Getty Images hide caption 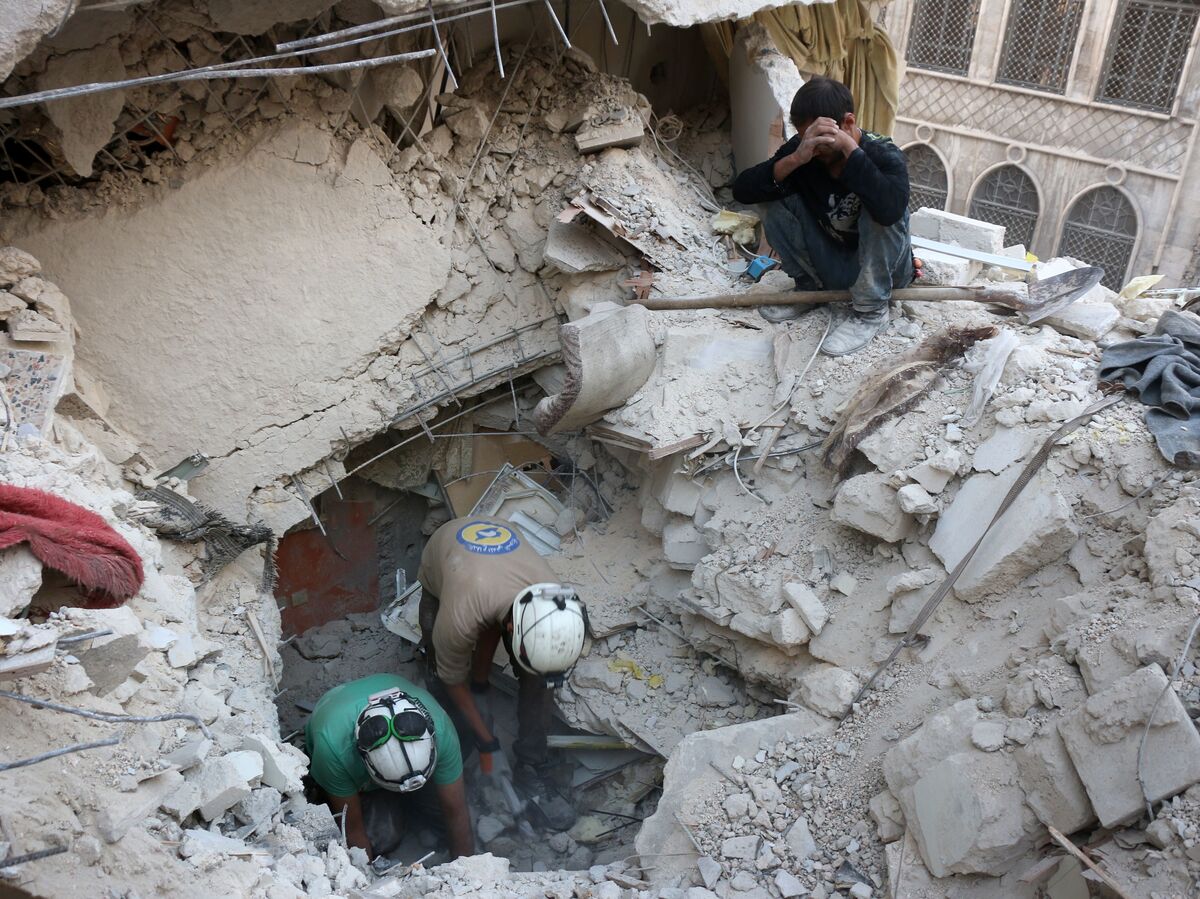 Syrian civil defense volunteers, known as the White Helmets, search for victims amid the rubble of destroyed buildings following a government forces' air strike on the rebel-held neighborhood of Bustan al-Basha in Aleppo on Oct. 4.

Syria's military has extensive help. There's the Russian air force, Lebanon's Hezbollah militia and assistance from Iran. There are also Shiite Muslim militiamen from Afghanistan and Pakistan who are helping the government.

On the rebel side, there are two main operations rooms organizing the defenses. They're mostly Syrian fighters, not foreign, but they represent a mix of ideologies. One of the leading groups was a branch of Al-Qaida until recently and is still seen as its ally. The various factions get support from Arab Gulf countries and Turkey. The U.S. supports what it considers non-extremist groups that seek to remove Assad from power.

The CIA and Saudi Arabia provide weapons, but not as many as rebels have asked for or the anti-aircraft weapons they seek.

De Mistura recently said there could be 8,000 rebel fighters in Aleppo, but that number is probably a rough estimate.

One group you won't find in Aleppo is the Islamic State. That extremist group is based in Raqqa, in eastern Syria. In fact, some of the rebel groups in Aleppo have fought against ISIS in other areas.

Are civilians being targeted in Aleppo?

Yes. Throughout the civil war, the Syrian government army has conducted indiscriminate attacks on civilians. U.N. investigators have accused it of targeting medical facilities, which have frequently been struck.

The U.N. says more than 370 civilians — about one-third of them children — have been killed in eastern Aleppo since Sept. 23. There are estimates of perhaps a few dozen civilians being killed in western Aleppo in recent weeks.

The Syrian military has recently attacked the so-called White Helmets, volunteers who rescue victims from rubble. The group receives aid from the U.S.

Rebel forces also strike civilians in government areas. But without an air force, the rebels' weaponry is smaller and has less reach.

In some towns, the government has followed a pattern of besieging an area, pounding it with air strikes and then offering to let the rebels and civilians flee — basically a surrender of the turf. Such a campaign in Aleppo could take months.

Why are so many civilians still in Aleppo?

Millions of Syrians have fled their homes during the five years of fighting, and there's been a large exodus from Aleppo as well. But the U.N. says there could still be 2 million people in the city.

In eastern Aleppo, perhaps a quarter-million people remain, according to the U.N. NPR has spoken with people remaining in Aleppo. Some say they fear the regime will take their homes if they leave.

Many are too poor and have no place else to go, except tent shelters near the Turkish border, which is now often closed. Some say they stay because they believe they are helping their neighbors and resisting the Assad regime.

In Syria, the U.S. has been focused on ISIS, launching thousands of air strikes on the group that's conducted terror attacks in the West. There are hundreds of U.S. troops in northern Syria, aiding local militias in their fight to take ground from ISIS. But, again, ISIS isn't a factor in the city of Aleppo.

Washington also provides aid to refugees and humanitarian relief for Syrians — around $6 billion so far, according to the State Department. The U.S. Agency for International Development says it's the world's largest donor to White Helmet rescue teams, giving them at least $23 million in assistance so far.

Rebels in Aleppo say they get some aid from intelligence agencies in the U.S. and Saudi Arabia, but complain it's not nearly enough. They say they recently received some ground-to-ground rockets, but haven't received anti-aircraft weapons to defend against air strikes. U.S. officials worry anti-aircraft weapons could fall into the hands of extremists, who could use them elsewhere.

The U.S. has tried to negotiate with Russia for a ceasefire in Aleppo, but those talks collapsed. Some have called for no-fly zones or safe zones near Aleppo. Kerry stepped up his rhetoric on Friday, saying, "Russia and the regime owe the world more than an explanation about why they keep hitting hospitals and medical facilities and children and women. These are acts that beg for an appropriate investigation of war crimes. ... They're beyond the accidental now – way beyond."