Accessibility links
To Retain More Parents, The Military Offers A Better Work-Life Balance : Parallels When a Pentagon official proposed flexible schedules at a town hall meeting, "They actually laughed at me," she says. But the schedules went into place. The military also now allows 1 to 3 years off. 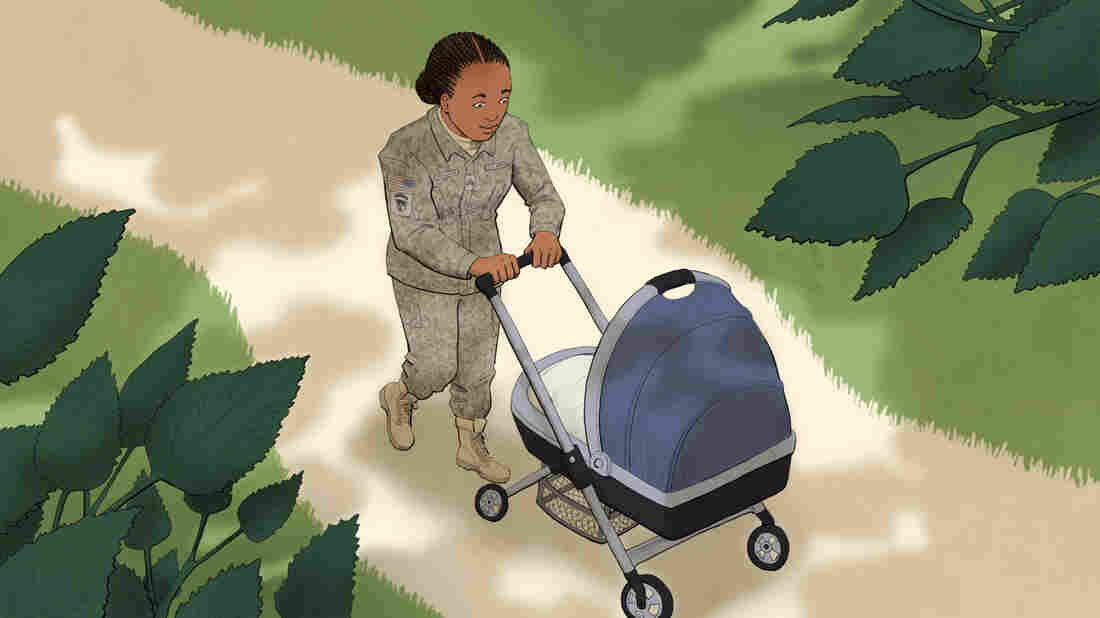 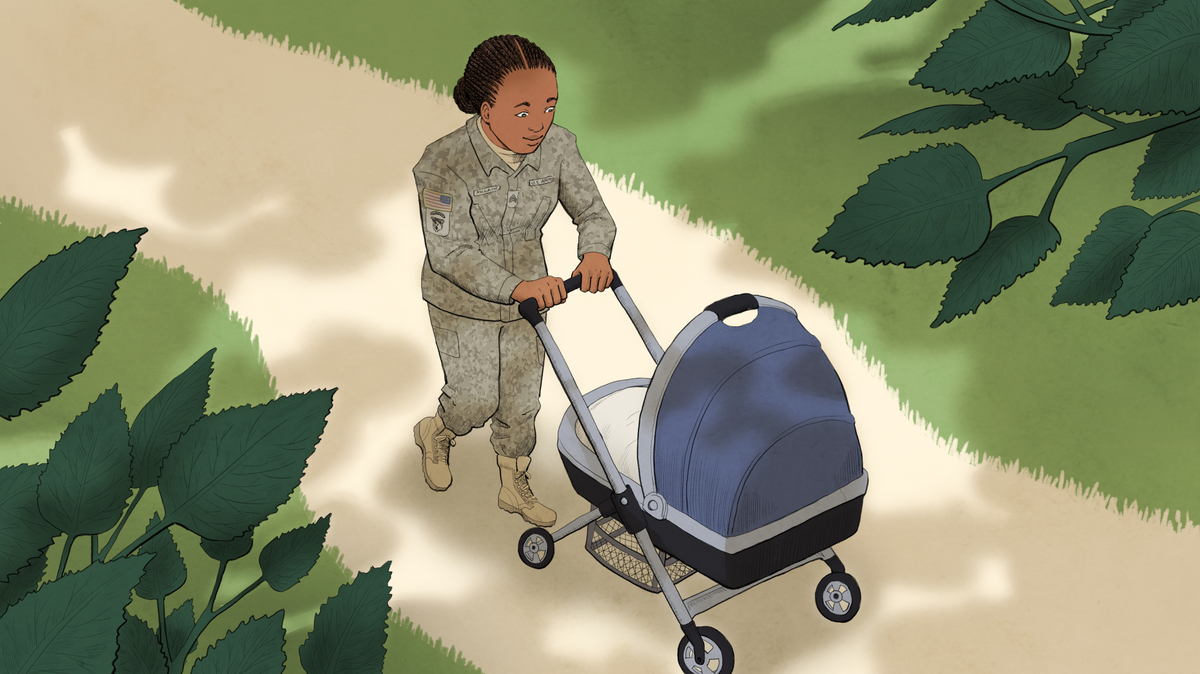 The military is famous for working long hours, not only on overseas deployments to hot spots like Iraq or Afghanistan but back home, too. It's almost a badge of honor.

So balancing work and family life can be especially difficult for those in uniform. Take Air Force Maj. Johanna Ream.

She's working a high-powered, top-secret job. Her husband's an Air Force cargo plane pilot who flies all over the world. And they were the parents of an infant named Jack when this happened:

"I was pregnant with my second child," Ream says, "and I was tired, working full-time, having an 8-month-old. And I was like, 'You know, I could really use a break.'"

She did get that break, through a program called the Career Intermission Program. It allows service members to take one to three years off – while retaining benefits and receiving a small percentage of their usual monthly pay. For those who take time off, their career is effectively frozen while they are away, but they are not penalized when they come back and seek future promotions.

Ream wanted to take a year off to care for Jack and her new baby, Mary. She considered it an extended maternity leave.

Now scores of military personnel like Ream are taking time off to study, travel or – more often than not – raise kids. And most of them are women. But the numbers are still low, according to a recent report by the Government Accountability Office. The GAO said the program is underused and cited as one reason the low percentage of monthly pay that is allowed under the program.

Another reason? Commanders discourage participation. They worry that losing a service member, even temporarily, will hurt their operation.

But senior Pentagon officials have a different concern. They want to retain the best people, especially women, who drop out at a higher rate than men.

"We know that at 10 years of service, when women are at the peak of their careers for starting a family, women are retained at a rate 30 percent lower than men across the services," Defense Secretary Ash Carter said in June.

Ream says these programs came too late for some of her friends now out of uniform.

"And they tell me now had this been available to them," she says, "they would have stayed in the service."

The intermission program is just one of a number of Pentagon efforts to help families, an effort that started with a strong push from the White House. The Obama administration has pushed across the board for policies that are not only family-friendly but also give a boost to the careers of women, from promotion to top ranks to opening up all combat jobs to females.

And the military now offers 12 weeks of paid maternity leave – a number that exceeds many of the best family-friendly private employers.

Another perk: The Pentagon plans to increase the time military daycare centers operate, from 12 hours a day to 14. (Some parents complain those additional hours – announced in January — have not yet materialized.)

All this, Carter says, is meant to keep everyone on board.

"When you recruit a service member, you retain a family," he said in June.

Still another program for work-life balance came from Michele Flournoy, a former senior Pentagon official who's also a mother. She served as undersecretary for policy under Obama's first Pentagon chief, Robert Gates. She had young children at home and worked out a flexible schedule with Gates so she could spend more time with them.

Gates told her, she recalls, that when he worked at the White House during the administration of George H.W. Bush and had young kids at home, he asked for the same flexibility from National Security Adviser Brent Scowcroft.

So, armed with a flexible schedule, Flournoy tried to offer the same to her staff.

Some skeptics, she remembers, said it was impossible in a place like the Pentagon. Crises always pop up. Officials have to be at their desks, not taking time off to drive a kid to school. She got this reaction when she brought up the idea at a Pentagon town hall meeting.

"They actually laughed at me," she says.

But in the end, the flexible schedule was put in place. The work was done by teams, so one player could easily take time off. The work got done and Gates was happy with the results.

And that flexible schedule? It's still going strong in the Pentagon policy shop.

Flournoy has since left the Pentagon. But should Hillary Clinton capture the White House, many consider her a strong chance to become the first woman defense secretary.