Accessibility links
As Assault On Mosul Looms, Resistance Grows — And ISIS Grows More Brutal : Parallels Iraq is readying for an assault on ISIS in the city of Mosul. Former residents say the extremists are tackling resistance with extra brutality. This report includes graphic descriptions of violence. 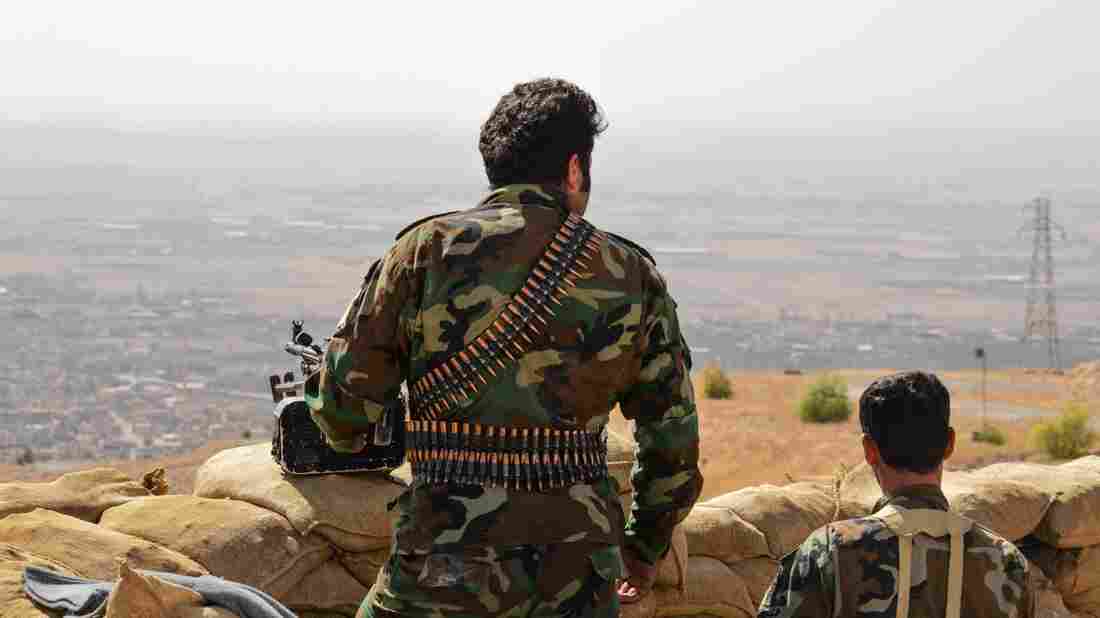 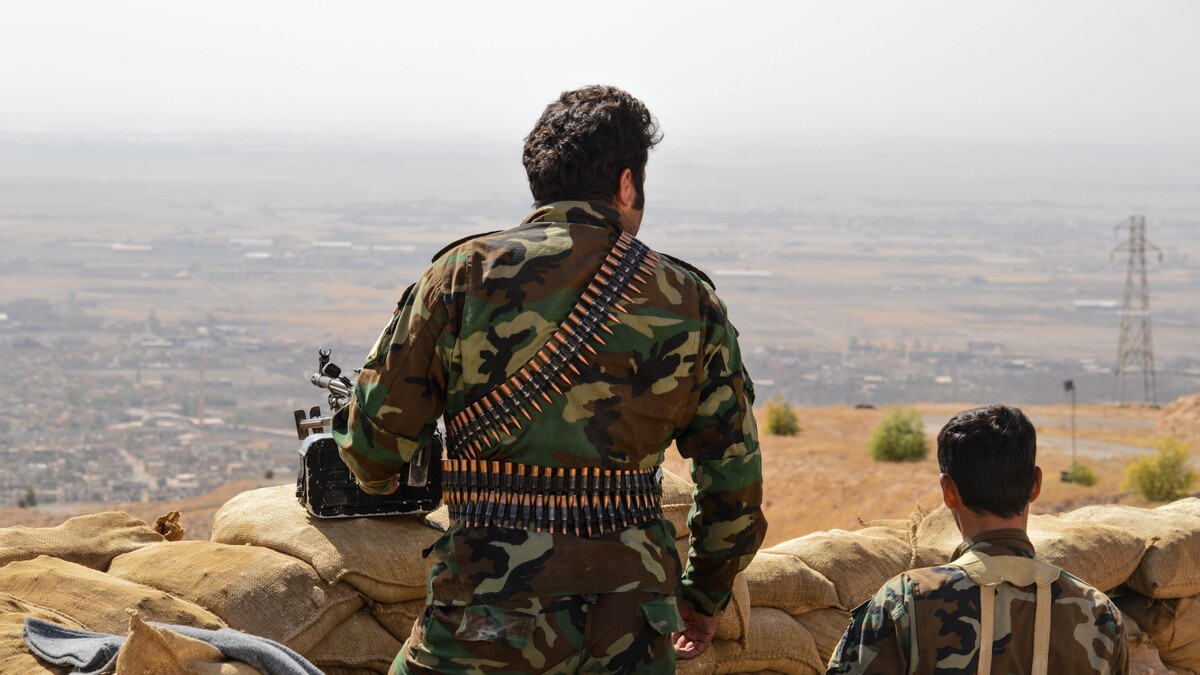 Peshmerga forces stand guard in Nineveh, Iraq as U.S. artillery units bomb ISIS positions in the east of Mosul during an operation to retake Mosul from ISIS on Oct. 15, 2016.

ISIS has held the Iraqi city of Mosul in a tight, brutal grip for more than two years. Now, a motley array of Iraqi forces and their allies are massing to try to retake the extremists' crown jewel and their largest city.

Whether the offensive is successful — pushing out the militants without the fighting destroying the urban infrastructure or killing large numbers of about 1 million residents — depends in large part on the shape of ISIS in Mosul.

According to residents and people recently displaced, the militants may be weakened, paranoid, and facing unprecedented resistance, but they are also digging in for an almighty battle.

"They put up barricades, so then we were afraid that the battle would begin," says a woman who fled the city earlier this month. She sits on the ground in Debaga camp for displaced people about an hour's drive from Mosul, where she arrived 10 days ago.

"We were afraid of everything," she says, her green eyes wide, still too terrified of ISIS to give her name. She says the militants have grown increasingly paranoid, conducting house-to-house searches for any means of communication with the outside world: telephones, SIM cards, televisions.

And they have upped their efforts to prevent people leaving, setting up checkpoints and, she says, breaking the legs of anyone they catch.

Residents of Mosul, speaking to NPR on clandestine cellphones, confirmed extra checkpoints are being set up to prevent people leaving, and say ditches surround the city. But still, people hide water, food, tents and clothes in their cars — preparing to flee. Coalition airstrikes have increased; they boomed all through last night.

The woman in the camp got out by paying a smuggler. A steady trickle of people are now leaving and Iraqi officials say an assault could begin at any time.

"The families in Mosul, if they had a way to leave, of course they would take it — they would run away from the shelling. But I don't know if they can," she says.

Another woman comes up to us eager to tell her story, though she'll only give a nickname, Um Yahya. She was smuggled out three days ago, but lived more than two years under ISIS in the city. She is a nurse and says the religious police based themselves in her hospital, hoping the U.S.-led coalition would not aim an airstrike at a health facility.

"They became more extreme with us," she says. "They told us that because we don't practice the Islamic religion, they are losing their battles."

"My son told me that he saw them with scissors in the market. If anyone mentions liberation, they'll cut out their tongue." That was just this week. Um Yahya says she herself saw three men with their mouths sewn shut as punishment for talking about the coming offensive.

But in private, her family did talk about it and anticipated it.

"The young men are ready, they're ready," she says. "My son and his friends, they say that when the army comes, they will help the army."

She says the men of Mosul were beaten in front of their women and humiliated by ISIS, and they will fight back when they get the chance.

Some are doing it already. Graffiti — like "ISIS are dogs" — appeared on the walls. And a group known as "the resistance" assassinated ISIS leaders.

"Yes, the resistance killed them," she says. "And they wrote M on their doors." The M is for muqawama, Arabic for resistance.

Mosul's officials-in-exile, including the police chief and the governor, make much of the impact of these cells of resistance inside the city. They said insiders will play a crucial role in retaking Mosul.

"In a military plan," says the police chief Wathiq al-Hamdani, "you have to know that if you attack the enemy from the front with a large force — anything from inside, even if it is very small, will destroy all their planning."

He says there are several groups working against ISIS inside the city. And they have weapons. But Um Yahya says the militants still have excellent intelligence and they have executed several people on suspicion of participating in resistance activities or passing information to Iraqi forces or the anti-ISIS coalition.

Reuters reported this week that the extremists executed 58 people suspected of plotting against ISIS.

However, Um Yahya says she hasn't seen senior ISIS figures on the street recently, and a taxi driver friend says he drove some of the leaders to the Syrian border. The group still holds the city of Raqqa and other territory inside Syria.

I ask if she thinks it will be a hard fight for the Iraqi security forces to take the city back.

"So easy!" she says. "So easy." But previous efforts to take towns and cities from ISIS have taken months and the group is expected to have some support in Mosul, a city they've held for two years.

Um Yahya wants to go home — but it could be months before she can.

Dlovan Barwari contributed to this report.