Accessibility links
500th Anniversary Of The Reformation: Pope Francis To Honor The Man Who Splintered Christianity : Parallels Martin Luther created one of Christianity's greatest rifts when he denounced the Catholic Church in 1517. But Pope Francis is taking part in the 500th anniversary of the Protestant Reformation.

Listen · 3:41 3:41
The Pope Commemorates The Reformation That Split Western Christianity 3:41 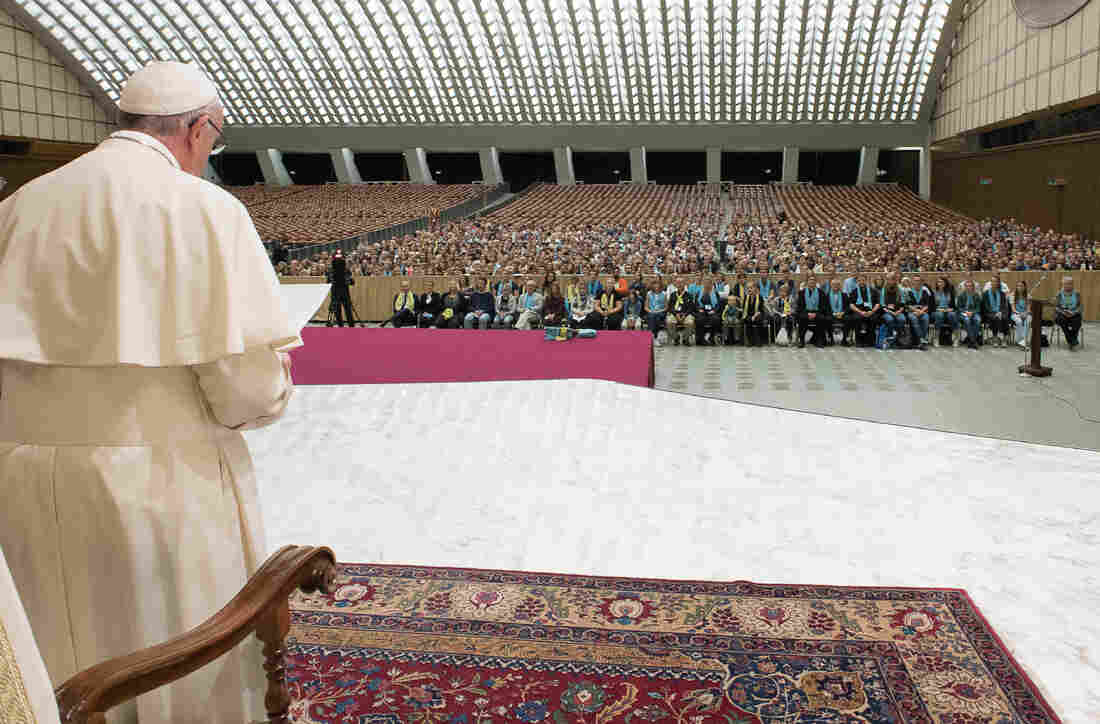 Pope Francis speaks to Lutheran pilgrims at the Vatican on Oct. 13. The pope is traveling to Lund, Sweden — where the Lutheran World Federation was founded 70 years ago — on Monday to take part in the yearlong commemoration of the Protestant Reformation, launched by Martin Luther in 1517. AP hide caption 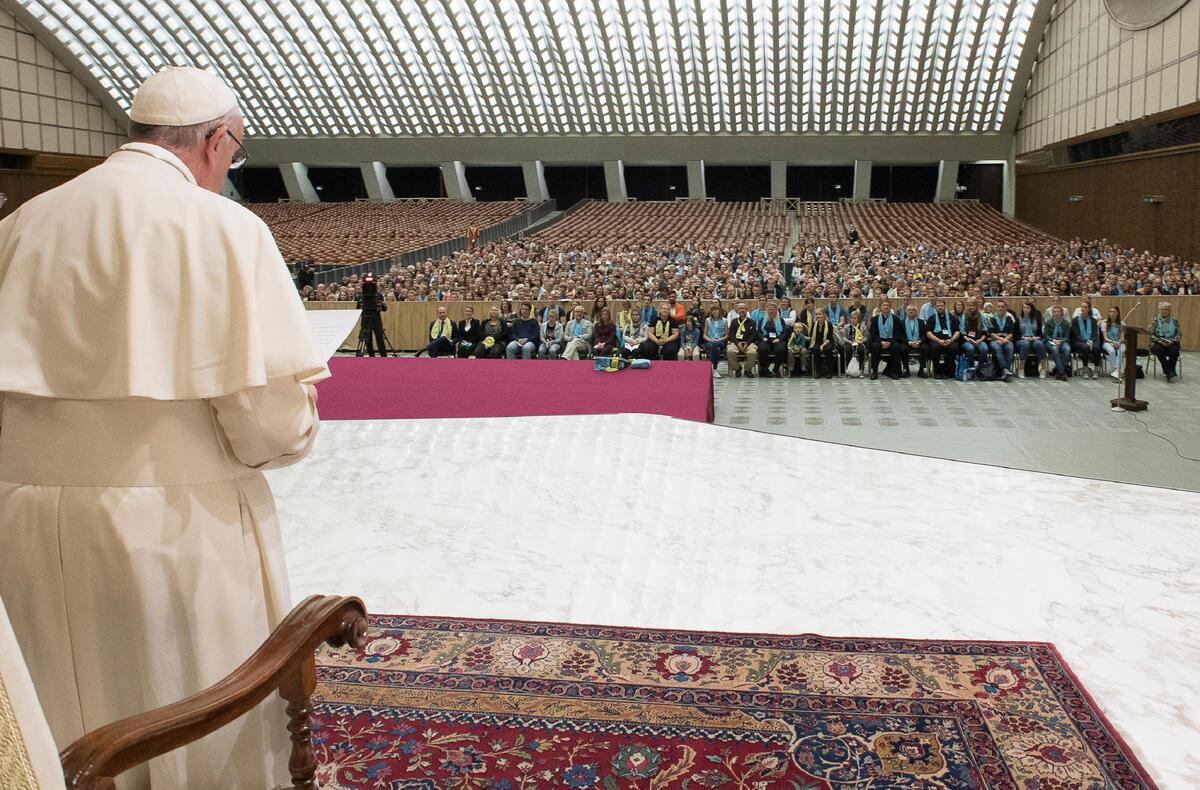 Pope Francis speaks to Lutheran pilgrims at the Vatican on Oct. 13. The pope is traveling to Lund, Sweden — where the Lutheran World Federation was founded 70 years ago — on Monday to take part in the yearlong commemoration of the Protestant Reformation, launched by Martin Luther in 1517.

One of the greatest rifts in Christianity — between Catholics and Lutherans — isn't what it used to be. As a sign of those much improved relations, Pope Francis is traveling Monday to Sweden, an overwhelmingly Lutheran country, to kick off a yearlong commemoration of the Protestant Reformation that split the churches 500 years ago.

It was the year 1517 when the German monk Martin Luther pinned his 95 Theses to the door of his Catholic church, denouncing the Catholic sale of indulgences — pardons for sins — and questioning papal authority. That led to his excommunication and the start of the Protestant Reformation.

The Catholic Church reacted with the Counter Reformation, and mutual enmity led to decades of religious wars that devastated central Europe.

Gerard O'Connell, Vatican correspondent for the Jesuit magazine America, says the pope's participation in commemorating the Reformation is proof of the extraordinary change in Catholic-Lutheran relations.

"A recognition, perhaps, that both sides missed something at the time of the Protestant Reformation," says O'Connell. "The Catholic Church missed ways of reforming itself. Luther and those around him pressed in a way that just couldn't be taken on board, so, in a way, both sides misspoke."

The pope's trip is in keeping with his efforts to reach out to other branches of Christianity — like the Russian Orthodox Church — and other faiths, including Islam and Judaism.

The animosity and resentments left by the Reformation only began to heal after the Second Vatican Council in the 1960s, with the start of an ecumenical dialogue aimed at promoting Christian unity.

There are still some doctrinal disputes. But Pope Francis says that while theologians iron out their differences, the two churches can work together on social issues like caring for the poor, migrants and refugees, and combating persecution of Christians.

"We are moving together, this is a new experience that we are together on this walk," Kruse adds. "Walking together, we find that we have lots of things more in [common than] we thought before."

That raises the question of whether the Reformation might have been a complete misunderstanding.

"Maybe not a misunderstanding," says Kruse, "but today, we are at the point where a lot of these topics from Luther are common for Catholics and Lutherans."

Last June, Pope Francis went so far as to praise Luther — once deemed a heretic by the Catholic Church — as a great reformer.

On his flight back to Rome from Armenia, the pope told reporters: "The church was not a role model, there was corruption, there was worldliness, there was greed, and lust for power. He protested against this. And he was an intelligent man."

There are three remaining areas of division: the question of the Universal Church and papal primacy; the priesthood, which includes women in the Lutheran church; and the nature of the Eucharist or Holy Communion.

This last item is of great concern to both churches, as they try to deal with Catholics and Lutherans who are married and who want to receive communion together.

A year ago, visiting the Lutheran church in Rome, Pope Francis opened the door slightly. He suggested to a Lutheran woman married to a Catholic man that perhaps, if her conscience permitted, she could receive communion in her husband's church.

Briefing reporters at the Vatican, the Rev. Martin Junge, general secretary of the Lutheran World Federation, said the question of sharing the Eucharistic table — or interfaith communion — is of prime importance.

"I really hope the joint commemoration gives us a strong encouragement to be faster, to be bolder and to be more creative," said Junge, "and with a very strong focus on where people feel lack of unity the heaviest, around the table."