Accessibility links
'A Dangerous Situation' As U.S.-Russia Tensions Spill Over To Nuclear Pacts : Parallels Longstanding nonproliferation deals between the two countries are fraying. Bickering over nuclear issues has increased markedly in recent months, with each side accusing the other of cheating. 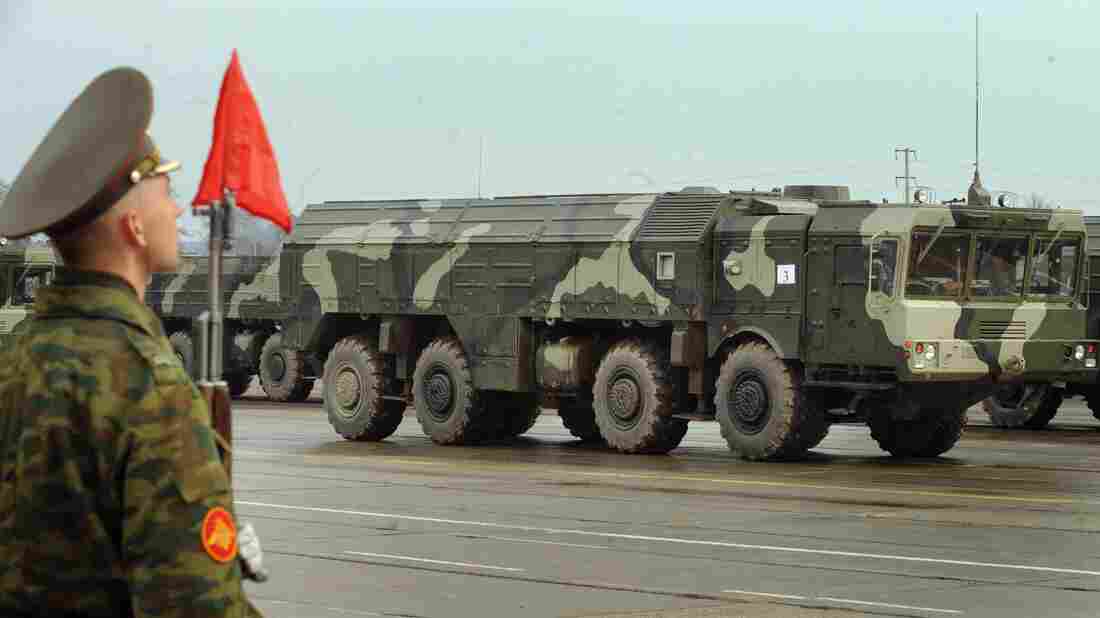 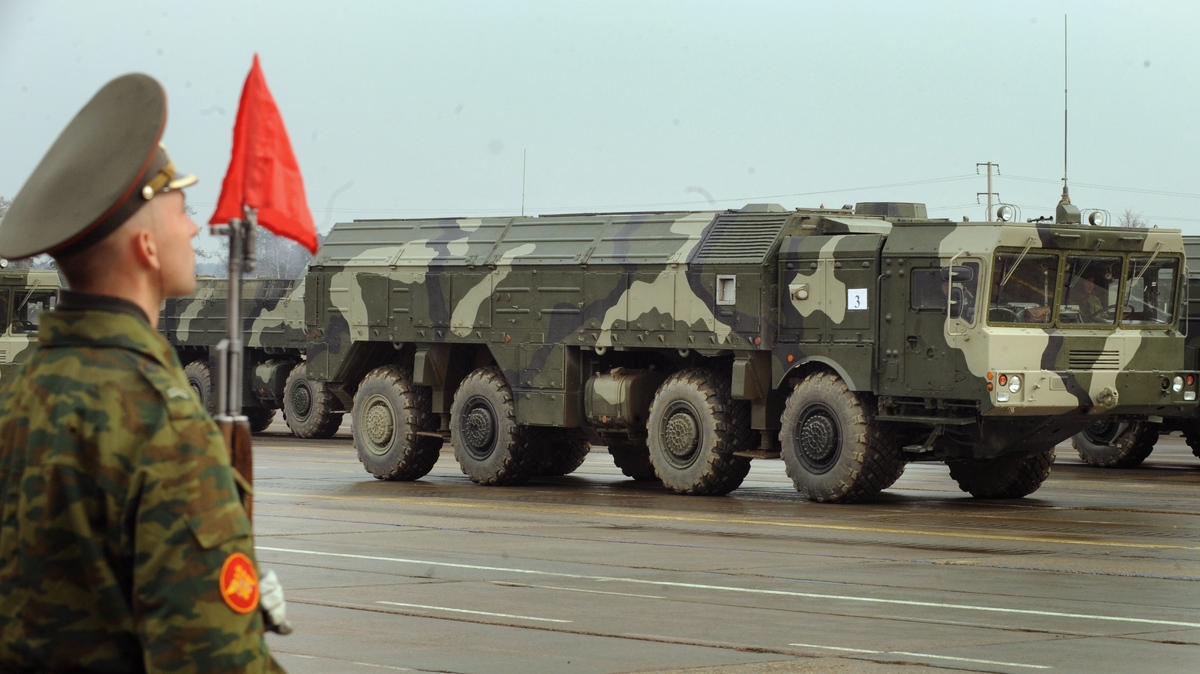 The U.S. and Russia are the world's two mightiest nuclear powers, and yet over the years, they've made deals to reduce their respective arsenals.

Just like a marriage gone bad, though, things have soured between Washington and Moscow. Bickering over nuclear issues has increased markedly in recent months, with each side accusing the other of cheating.

And that war of words is being matched by actions:

"I would have to say that, without question, this is the low point in U.S.-Russian relations since the end of the Cold War," says Steven Pifer, an arms control expert at the Brookings Institution.

According to Pifer, a former U.S. ambassador to Ukraine, things began going downhill after Russia's invasion of Ukraine two years ago. They slid further last year with Moscow's intervention in Syria, and this year, got worse with Russian warplanes buzzing U.S. ships and planes in the Baltic — and Washington accusing Moscow of meddling in the presidential election.

These developments have other nuclear arms experts worried as well. 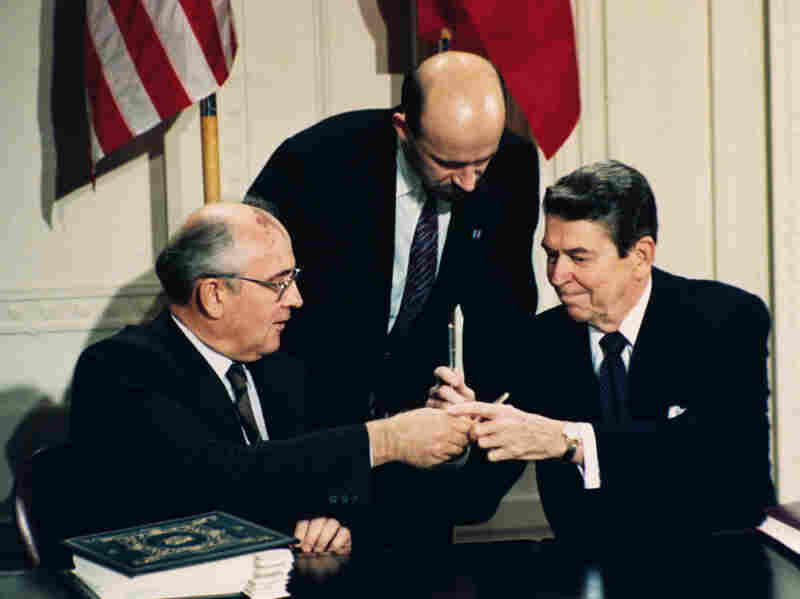 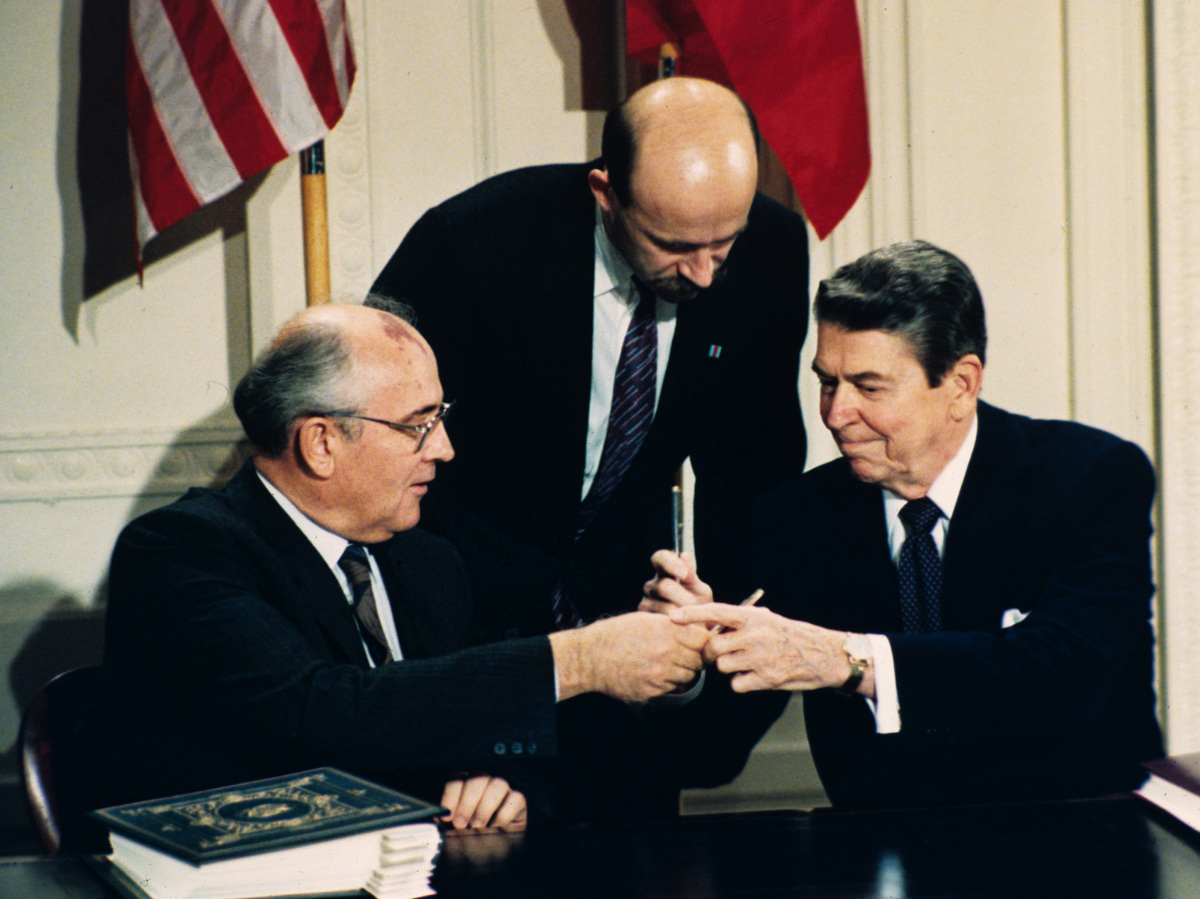 "We are in a dangerous situation," says Hans Kristensen, director of the Nuclear Information Project at the Federation of American Scientists. "Certainly a situation that is much more dire or tense than it was 10 years ago."

U.S.-Russian relations have taken a nosedive from where they were even during the dying days of the Cold War.

In 1987, four years before the Soviet Union collapsed, then-President Ronald Reagan welcomed Soviet Union leader Mikhail Gorbachev to the White House to sign a long-negotiated treaty to eliminate the two nations' entire inventories of short- and intermediate-range, land-launched ballistic and cruise missiles and their launchers.

Before the two leaders inked the Intermediate Range Nuclear Forces or INF Treaty, Reagan turned to Gorbachev to share a Russian maxim.

"Mr. General Secretary," the former Hollywood actor intoned, "though my pronunciation may give you difficulty, the maxim is: doveryai no proveryai — trust but verify."

Twenty-nine years later, such trust appears to be in short supply.

"Since May 2013, the Obama administration has repeatedly raised concerns with Russia regarding its lack of compliance with the INF Treaty," a senior administration official, who requested anonymity to speak candidly, tells NPR.

According to that official, because a series of bilateral meetings to resolve the matter have been fruitless, Washington has called for a rare meeting of the treaty's Special Verification Commission "in the coming weeks."

"I actually think this is a good step," Brookings' Pifer says of the decision to take to the commission U.S. claims that an unspecified intermediate-range missile being developed by Russia is not in keeping with the INF. "What the administration has said is that they provided enough information to the Russians so that the Russians could identify the missile in question. The Russians thus far have said no, they haven't got enough information, so you're in that kind of war of words."

Part of that war of words was Russia's announcement in early October that it will no longer take part in a joint program with the U.S. to dispose of weapons-grade plutonium.

"That, I believe, was a little bit of a poke at President Obama, who attaches a lot of importance to the nuclear nonproliferation agenda," says Pifer.

Meanwhile, over the next few months, the U.S. and its NATO allies are to move thousands of troops as well as tanks and other heavy equipment to Estonia, Latvia and Lithuania, countries along and near Russia's border, and to Poland.

"This is a gradual sort of escalation of tensions between the two sides that goes beyond discourse and just disagreements over a treaty," says Kristensen of the Federation of American Scientists. "It's getting pretty deep now."

What's really needed now, the nuclear nonproliferation advocate adds, is the kind of ongoing dialogue these nuclear powers once had — and now seem to have lost.