Accessibility links
For Foreign Journalists, A Rare Invitation To Damascus : Parallels Foreign reporters' access to Syria is severely restricted, but this week, a group of Western journalists has been invited to hear the Assad regime's point of view. NPR's Peter Kenyon is among them. 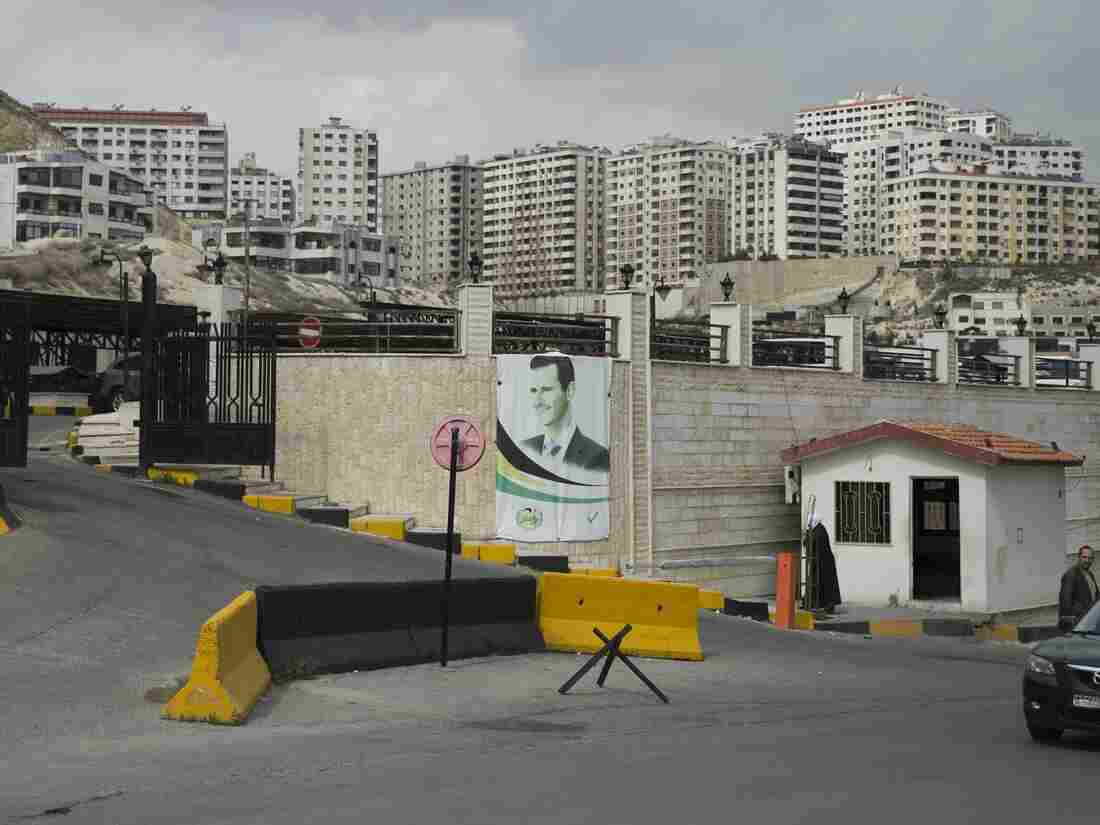 A portrait of Syrian President Bashar Assad is mounted on a wall in Damascus on March 3. Pavel Golovkin/AP hide caption 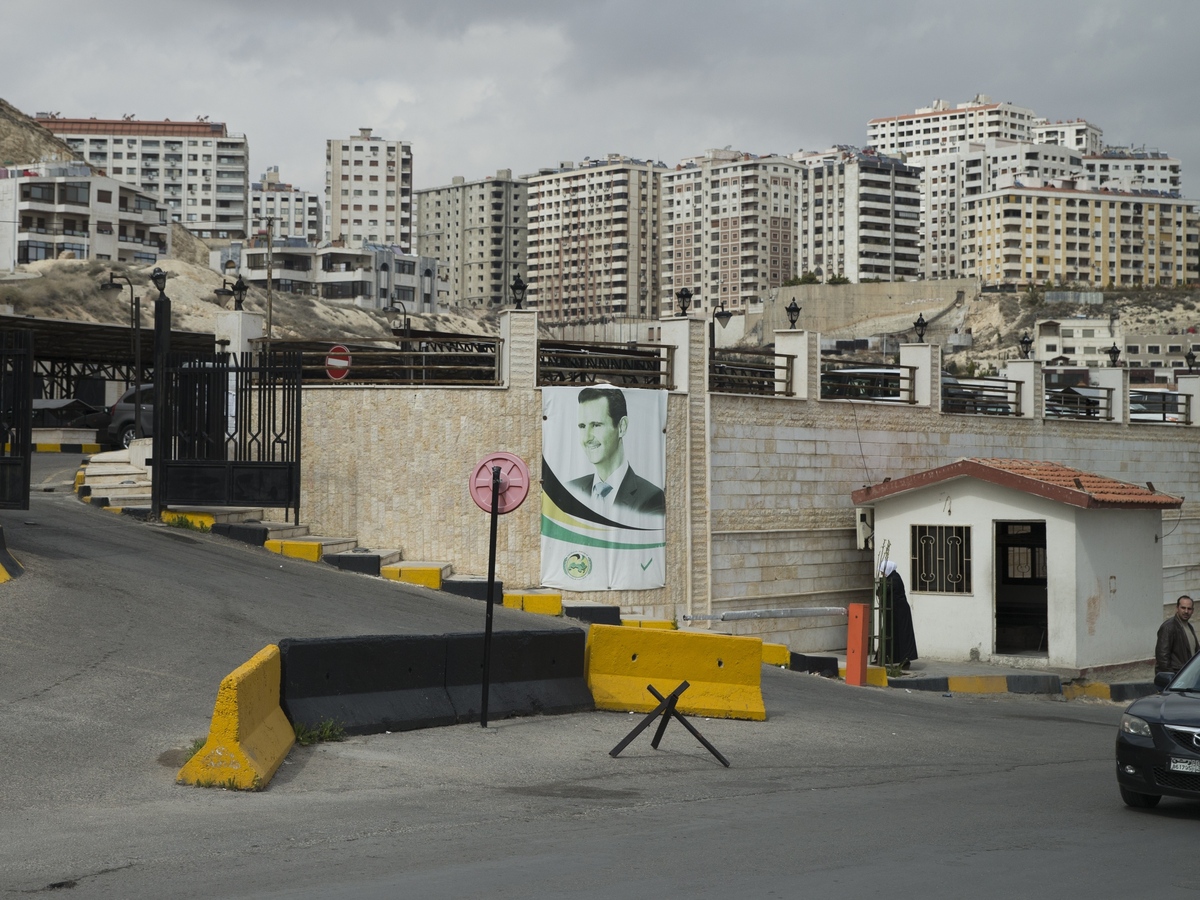 A portrait of Syrian President Bashar Assad is mounted on a wall in Damascus on March 3.

Foreign journalists' access to Syria is severely restricted, but this week, the regime of Bashar Assad extended an unusual invitation to a group of Western reporters to visit Damascus, the capital. NPR's Peter Kenyon and Alison Meuse are among the foreign journalists who've been granted visas to Damascus this week. For Kenyon, it's the first time back since 2008, before the 2011 uprising that led to Syria's war. He spoke with Morning Edition host Renee Montagne about the visit.

How has the city changed since you were last there?

There's definitely a different edge here, but the first thing I have to say is it's still functioning, which is such a huge contrast with what we've been able to see in videos and reports from residents in Aleppo and places like that. Aleppo's a humanitarian crisis, full-blown.

Here in Damascus, people have food, they've got electricity. The water works. But there's many, many military and police checkpoints around the city. And this isn't just cars getting waved through by police. Each one is inspected, trunks are searched, kind of like in Baghdad during the conflict there.

And of course the economy has been hit very hard. Syrian officials condemn the U.N. sanctions on Syria, saying they're causing food shortages, and foreign banks fearful of violating sanctions are refusing money transfers and other business transactions.

Why is the government allowing journalists in now?

I think the government wants to get its side of the story out and realizes it has been not doing a great job of that. Officials have been pushing hard on their own narrative, and that Syria is in a battle against jihadi terrorism, allies in the region and the West are backing that terrorism. And there's also been a lot of criticism of the Western media and how it's covered the conflict. And when it was pointed out that maybe if more reporters from the West got in to see what was going on, a fuller picture might come out, some of the officials said yeah, that could be right. But the other side is they want to talk about what might happen next.

What are they saying?

I spoke with an adviser to the Syrian Ministry of National Reconciliation named Elia Samman, and he told me about the government's program to convince rebels — often by means of a siege and military attacks — to leave opposition strongholds. Some lay down weapons and seek amnesty, and others move to the north. Samman said it's worked in some areas, but Aleppo, with its large number of foreign fighters and other problems, is posing a terrific challenge.

Here's what he said: "It's very difficult now, of course. Aleppo has a huge number of foreigners. The armed groups in Aleppo are mostly today radical jihadi groups, so they would continue fighting till the last penny is still coming to them. So the main issue here is the money supplies. That's the big issue. As long as they're receiving money from Saudi Arabia, from Qatar, from wherever, I don't think we have very good chances."

It's interesting that there is a Ministry of Reconciliation. The job sounds like it might be tough.

Very tough, and it hasn't really started yet. These relocations, which the government calls "reconciliations," are a source of dread for many Syrians in opposition areas, but the government is determined to continue with them. They don't seem to have any other plan. But the prospects for Aleppo seem pretty grim unless there's some new international peace effort... You can only have national reconciliation after the shooting stops. Then they need a constitution and elections, but when that might happen is anybody's guess.