Accessibility links
Pressure Mounts On S. Korean President Over Her Spiritual 'Puppetmaster' : Parallels President Park Geun-hye's approval rating has plummeted to 10 percent as investigators dig deeper into her ties with a woman whose family claimed to channel voices from the leader's dead mother. 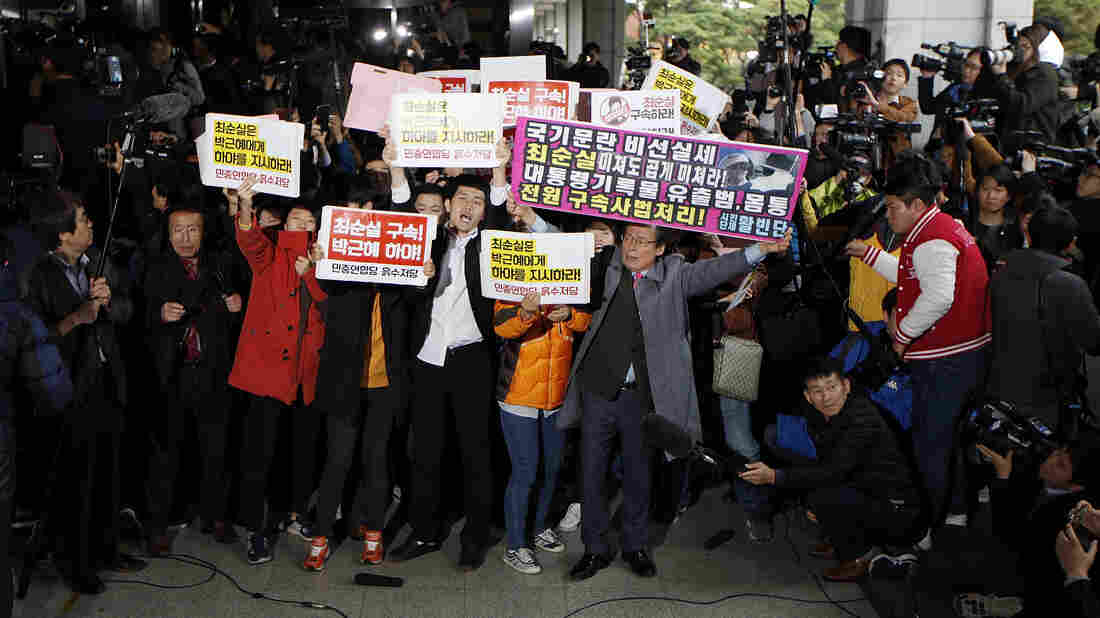 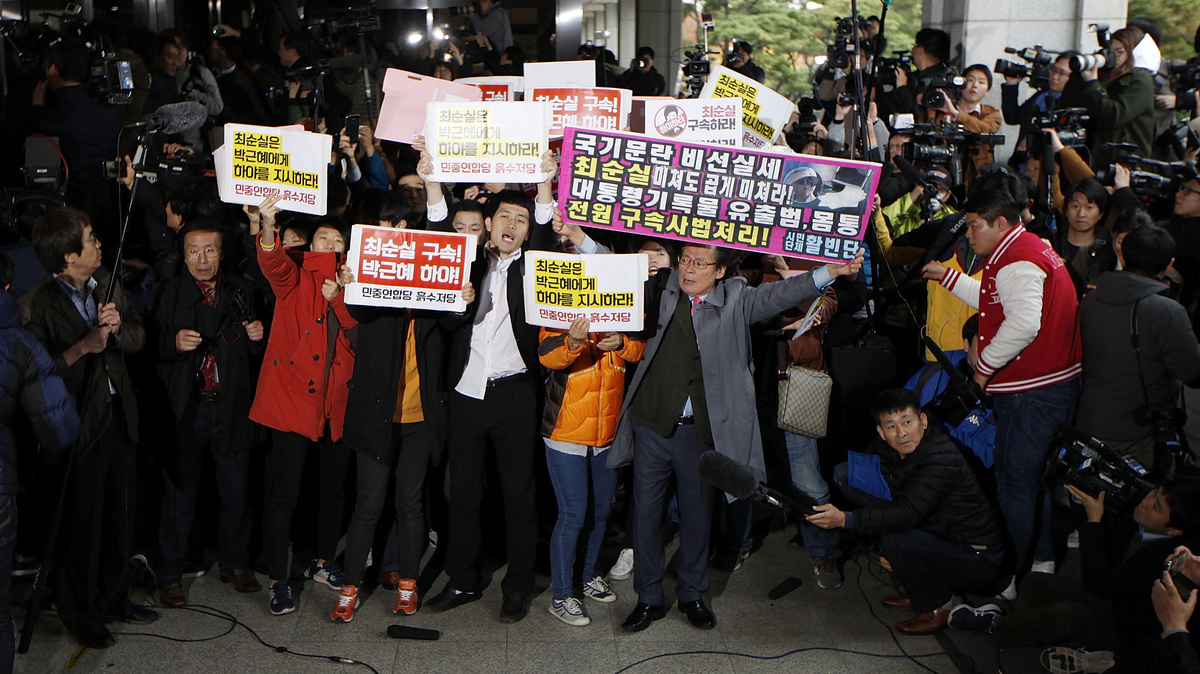 A political scandal on a scale that South Korea has never seen is putting the president's job in jeopardy. A public opinion survey released Tuesday shows President Park Geun-hye's approval rating at 10 percent, an unprecedented low. Over the weekend, as many as 30,000 South Koreans flooded into Seoul's downtown to rally for her resignation.

All of this is over Park's reliance on a spiritual adviser, Choi Soon-sil, who may have been meddling in state affairs.

"How was this kept such a big secret for four years?" says Joung Hwang, a law professor at Korea's Hangkuk University of Foreign Studies.

Choi, who has no official ties to government, has allegedly been calling the shots for the president behind the scenes on matters ranging from her wardrobe to North Korea policy to the national budget. Choi's family, which is linked to a shamanistic cult, befriended Park in the 1970s with claims it could channel voices from the president's dead mother.

"This is basically a kind of witch who has bewitched our president and has managed to run the state affairs," Hwang says.

A discarded hard drive that prosecutors believe belongs to the spiritual adviser contained confidential government documents and dozens of drafts of presidential speeches — with Choi's edits. Investigators are also looking into whether Choi used her influence to collect millions in donations from companies like Samsung and LG for nonprofits she ran, and then siphoned the money for her personal use.

As controversy grew last week, the president addressed the scandal in a 90-second, nationally televised address.

"I'm very sorry for causing concern, shocking and hurting the people," Park said. She admitted letting Choi access a trove of advance speeches, but nothing more.

On Monday, Choi was mobbed by so many reporters when she appeared for questioning in Seoul that she twice fell and lost her Prada shoe. She apologized to the public for a "sin I deserve to die for," without specifying what that was.

Now Choi is facing accusations of embezzlement, tax evasion and acquiring classified information. Prosecutors are holding her as they consider charges. Park has said nothing since her apology. But as her approval rating drops and the scandal widens, the calls for Park's resignation get louder.

"I don't expect the president to step down on her own; she's very obstinate like that," Joung Hwang says.

Park has a little more than a year left in her term. Within South Korean institutions — and on the streets — the pressure on the president shows no sign of letting up.