Accessibility links
Samsung Offices Raided In An Investigation Involving A Dressage Horse : Parallels The manufacturer is suspected of giving as much as $3 million in secret to support the equestrian training and Olympic dreams of the daughter of a close adviser to President Park Geun-hye. 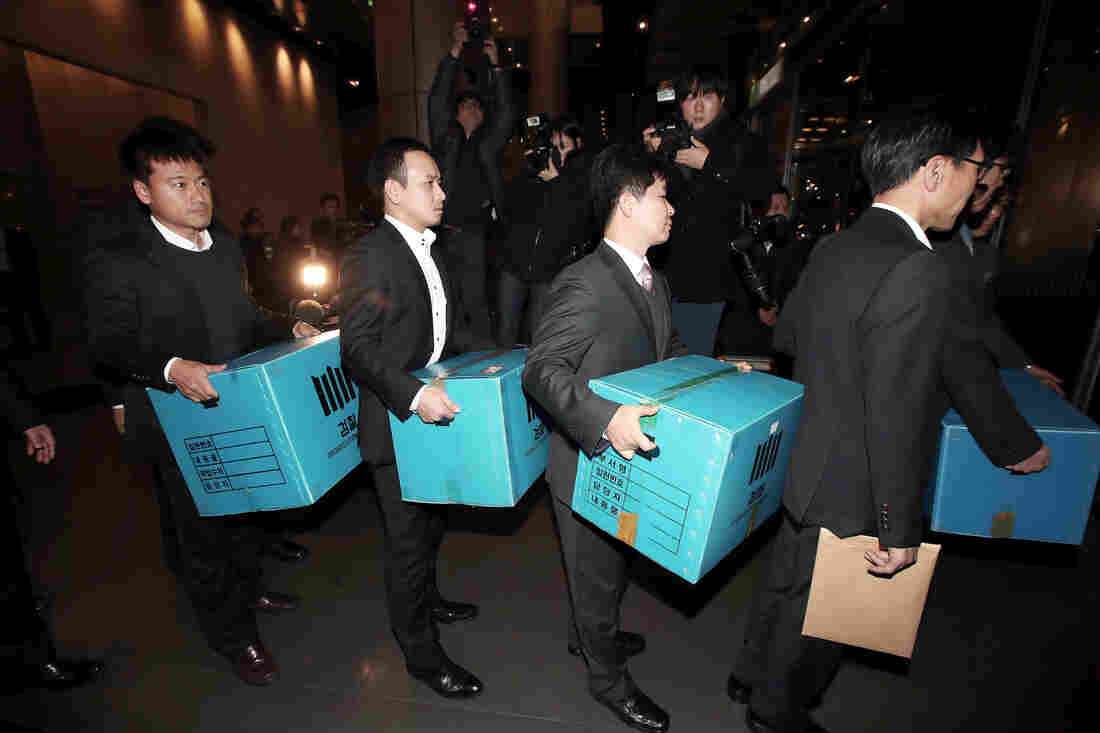 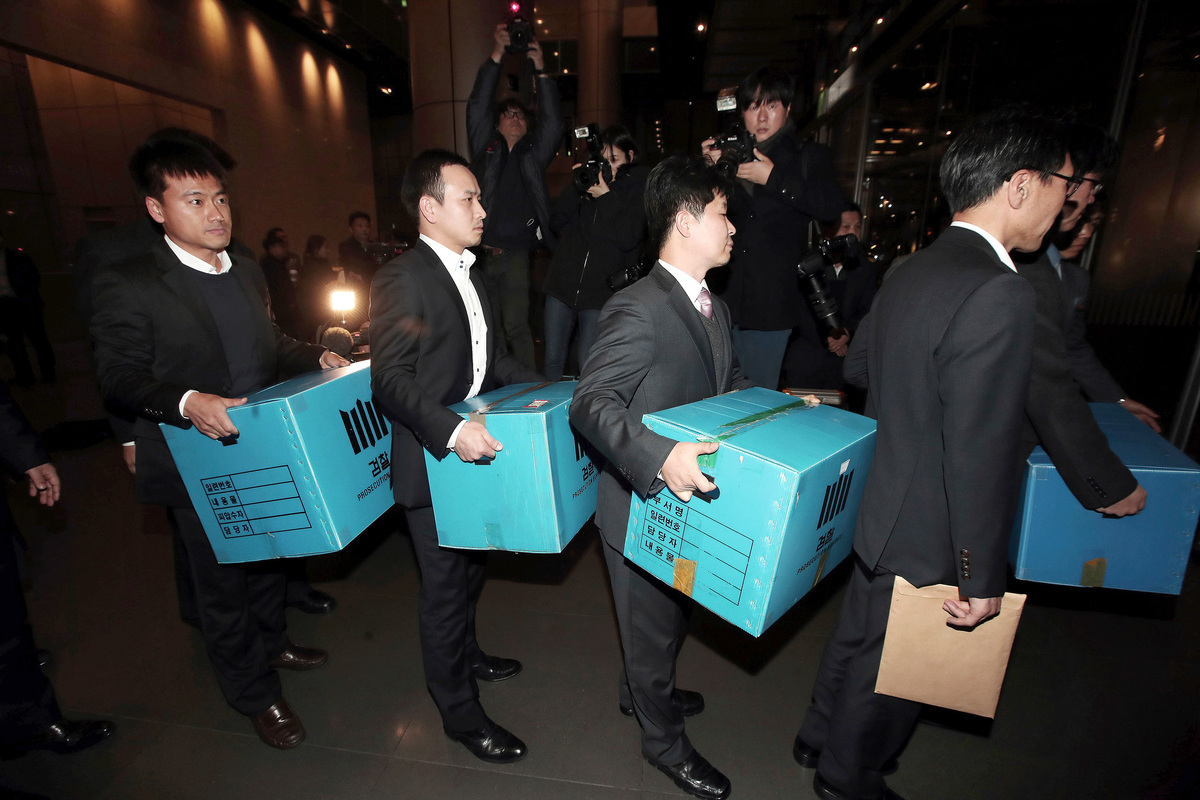 Prosecutors raided the offices of Samsung Electronics on Tuesday as part of an investigation into a presidential cronyism scandal that's gripped South Korea.

While it is a near-monthly occurrence for a chaebol (family-owned conglomerate) in Korea to be under investigation and/or raided by prosecutors as a result — and they're usually slightly staged affairs — the reason for this week's raid of Samsung is more obscure: elite horse competitions!

Samsung is suspected of giving as much as $3 million in secret to support the equestrian training and Olympic dreams of Choi Soon-sil's 20-year old daughter. Who is Choi? She is a longtime friend and adviser to President Park Geun-hye, who's at the center of Korea's widening abuse-of-power scandal.

Choi is currently in jail on charges of abuse of power and fraud, said to have such wide control over state affairs despite no official positions that's she's being called "the power behind the throne." Prosecutors believe she enriched herself to the tune of millions by peddling her closeness to and influence over Park.

Enriching herself may have included her family, which is where Samsung comes in. There are some connections between the company and equestrian activities. The Korea Joongang Daily reports:

"Samsung Electronics CEO Park [Sang-jin] is president of the Korean Equestrian Foundation (KEF), whose headquarters was also raided Tuesday morning. Prosecutors suspect some of 3.5 billion won [$3 million] sent by the company was spent on purchasing a horse and arranging a training session for Choi's daughter Chung Yoo-ra, a dressage athlete."

Prosecutors and the company have confirmed the raid but made no further comment. Samsung being a Korean chaebol, and 'raiding chaebols' being a common practice here, this isn't the first time.

In a notable 2011 raid of Samsung, antitrust regulators were looking for evidence of collusion to fix the prices mobile phones. Samsung was able to buy some extra time before investigators got in, and during that time some employees went as far as swallowing some of the evidence, according to a Kurt Eichenwald piece in Vanity Fair. "Employees at the plant began destroying documents and switching computers, replacing the ones that were being used — and might have damaging material on them — with others," he wrote.

Local media video indicates Samsung cooperated with Tuesday's raid, which is part of a criminal investigation. It's just one part of a much larger domestic scandal, for now. Globally, Samsung has bigger brand worries to consume it, as it continues to apologize for its fire-prone Galaxy Note 7 phones, which were completely pulled from the market last month for safety reasons.