Accessibility links
What Will A Donald Trump Presidency Mean For China? : Parallels Trump has threatened trade retaliation. And his presidency could herald new instability in the region if he pulls back on the U.S. security umbrella that's been in place since the end of World War II. 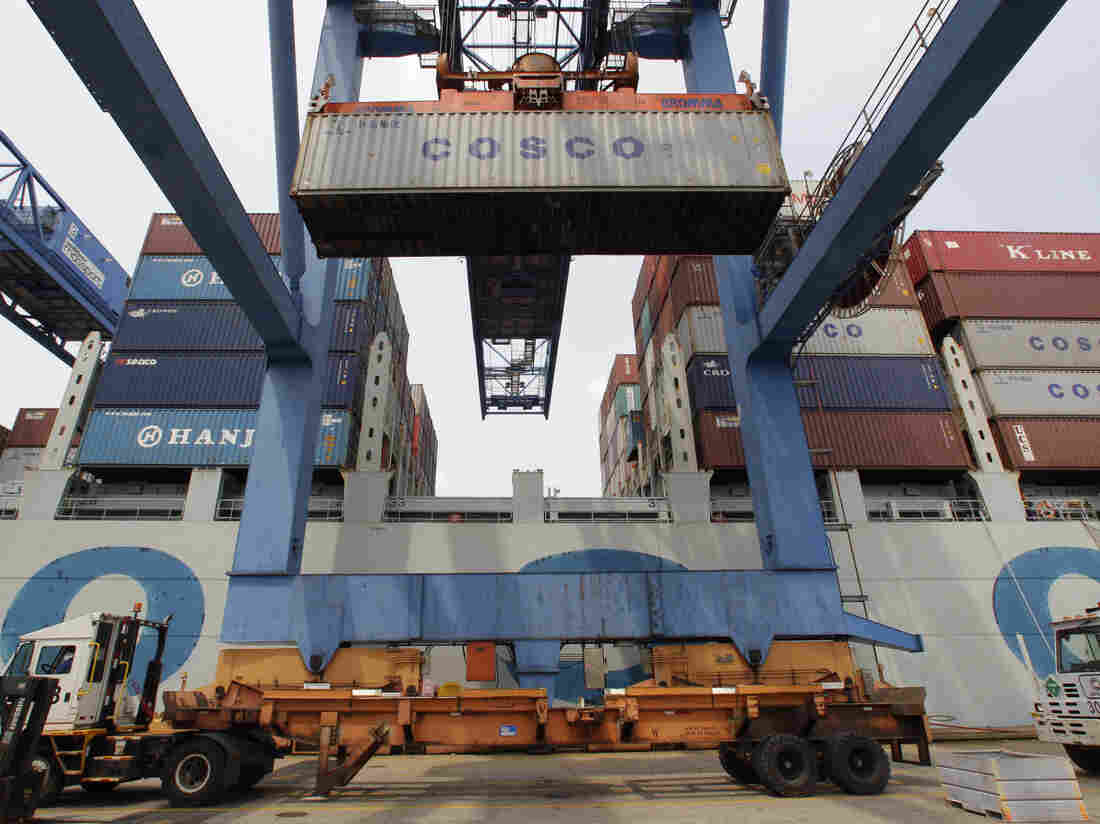 A container ship from China is offloaded at Massport's Conley Terminal in the port of Boston. Stephan Savoia/AP hide caption 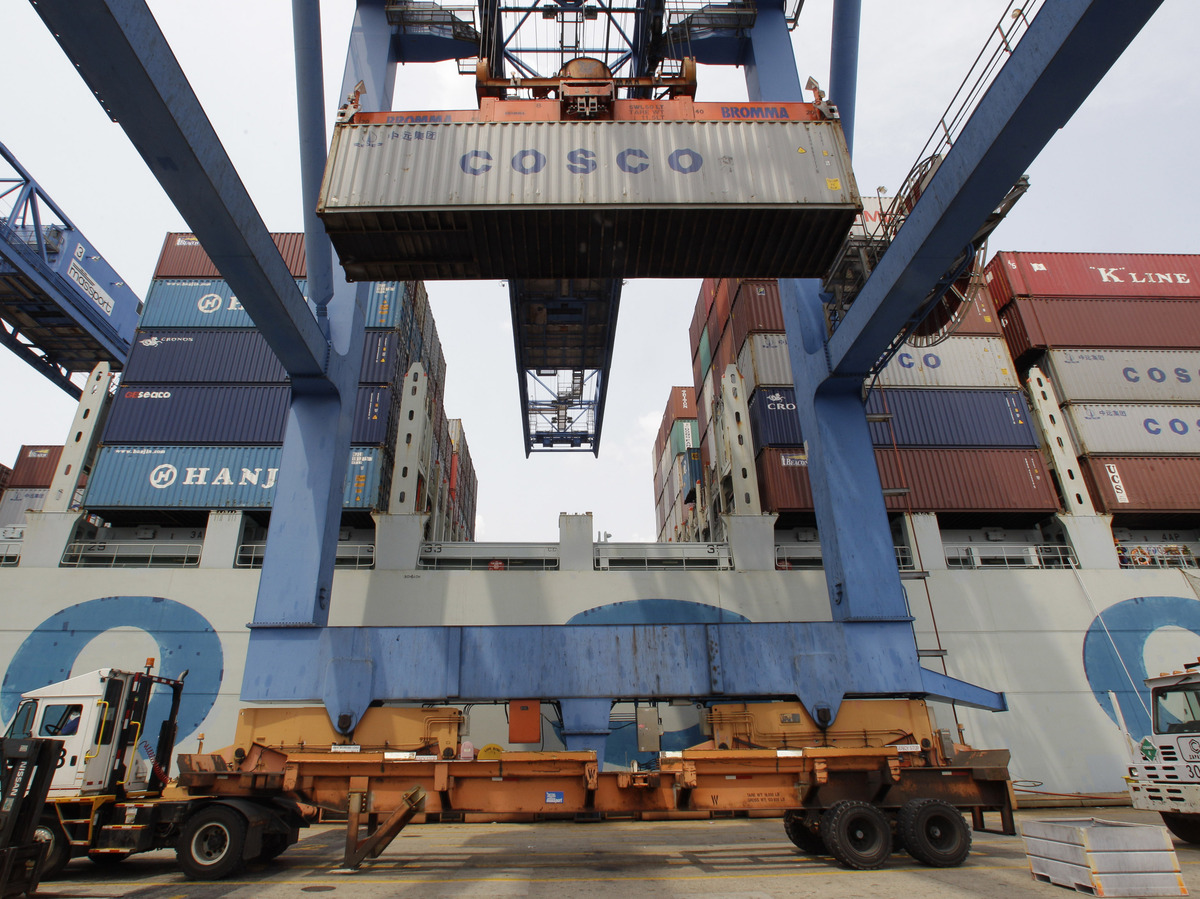 A container ship from China is offloaded at Massport's Conley Terminal in the port of Boston.

Zhang, a military professor at the People's Liberation Army National Defense University who holds the rank of rear admiral in China's navy, went on to write: "Trump doesn't play by the rules and he's hard to predict, but there's one thing I'm certain of: He'll turn the world's number-one economy into number two. Yes he can!"

As a candidate, Trump was considered "a clown" by China's state media, someone whose campaign pledges to slap tariffs on Chinese goods shouldn't be taken seriously. But now that Trump has won, China's leadership is likely taking a long, hard look at how a Trump presidency may change their relationship with (still) the world's largest economy.

It won't be easy to find answers. Unlike U.S. presidents before him, Trump has no record in public service to analyze. And his rhetoric on the campaign trail has never veered from the vitriolic.

Trump has labeled China a currency manipulator and a dirty-dealing opportunist.

"We can't continue to allow China to rape our country," Trump said of China's trade policies at a campaign stop in Maine in early May. "It's the greatest theft in the history of the world!"

Aside from heated campaign rhetoric, though, there are hints from advisers of what a Trump presidency might mean for China. Peter Navarro, an economist at the University of California, Irvine, is one of them.

Trump himself has helped plug Navarro's book and video documentary, Death by China, a scathing look into China's impact on the U.S. manufacturing sector. The trailer features an animation of a Chinese dagger plunging into a map of the United States and drawing blood.

"Trump will never again sacrifice the U.S. economy on the altar of foreign policy by entering into bad trade deals like the North American Free Trade Agreement, allowing China into the World Trade Organization and passing the proposed [Trans-Pacific Partnership]," wrote Navarro in Foreign Policy earlier this week.

On countering China's geopolitical influence, Navarro and co-author Alexander Gray criticize the Obama administration's "pivot" to Asia as lacking teeth, promising that as president, Trump would rebuild the U.S. Navy, adding more than 70 ships to its current fleet to protect trade channels in the South China Sea.

This assessment appears counter to Trump's campaign rhetoric, in which he hinted at re-evaluating U.S. military alliances, possibly bringing Pax Americana to an end in the Asia-Pacific region.

The problem, of course, is that China observers have little to go on aside from Trump's campaign polemics and writings from advisers who have never met their boss. It's possible that Trump himself isn't clear yet on how to manage China.

What is clear is that China's leaders, who are spending more than ever on expanding the country's military capabilities, will be watching President-elect Trump more carefully than ever.