Accessibility links
Trump's China Policy Stance Spurs Trade War Worries : Parallels Trump has threatened to label China a currency manipulator and to impose large tariffs on its imports into the U.S. Economists say this would start a trade war, but what would that look like? 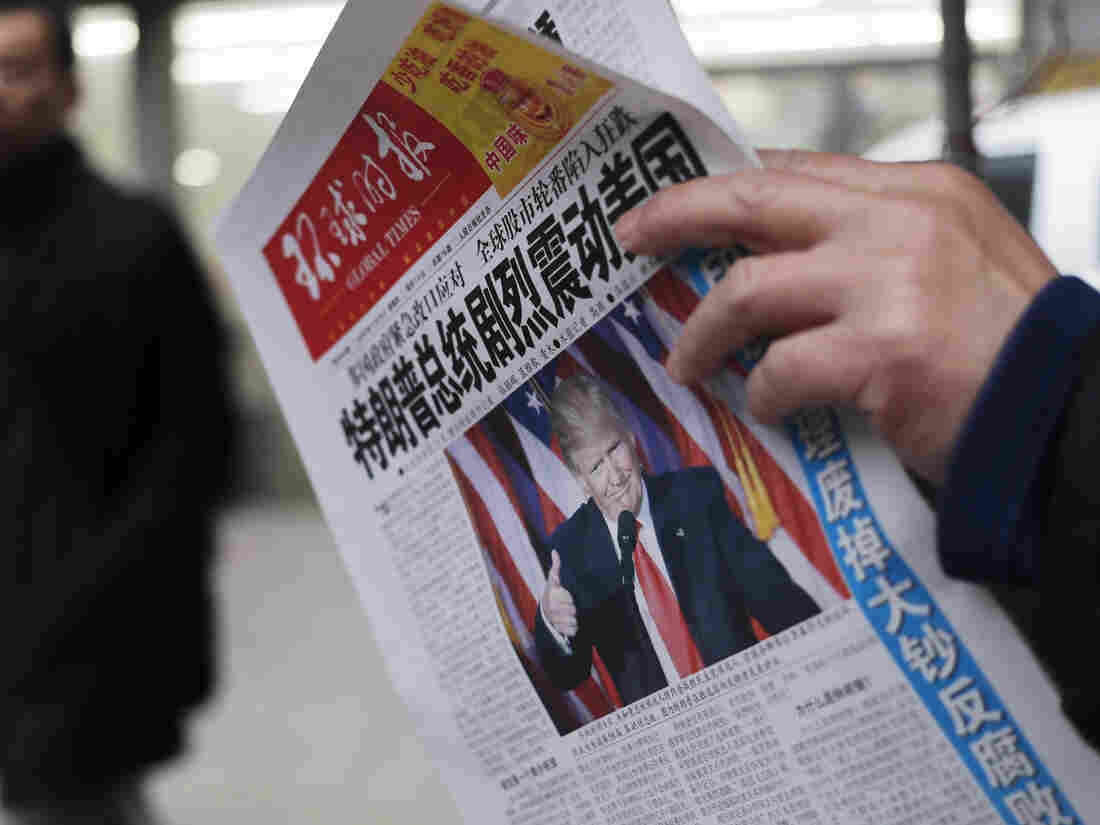 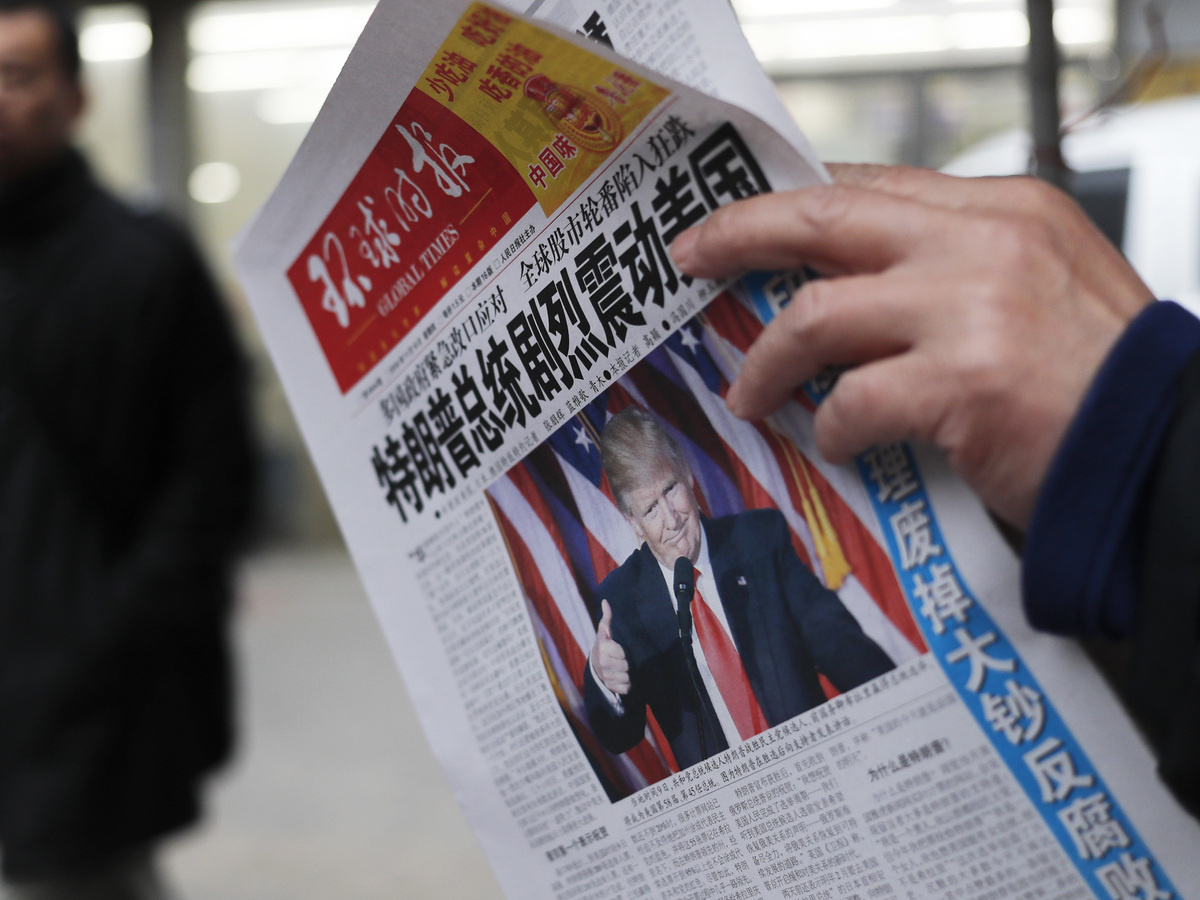 A Chinese newspaper headline says "U.S. President-elect Donald Trump delivers a mighty shock to America." Trump has promised to label China a currency manipulator, which would pave the way to imposing high tariffs on Chinese imports.

At a Florida campaign stop in August, presidential candidate Donald Trump made a promise for his first day in office: "I'm going to instruct my treasury secretary to label China a currency manipulator! The greatest in the world!"

Trump told supporters that China keeps its currency artificially low to flood the U.S. with cheap imports, putting Americans out of work.

But is it true?

Trump's understanding of this issue, says Balding, is outdated. Years ago, China did, in fact, keep its currency artificially weak so that its exports remained cheap. But in the past couple of years, China's economy has suffered and wealthy Chinese are sending their money out of the country. Worried about inflation, China is now manipulating its currency to keep it artificially high.

If China allows its currency to float, as Trump wants, it wouldn't rise, says Moody's Analytics Chief Economist Mark Zandi. "It's likely to fall. In fact, right now it's falling — the market forces are pushing it down. So you may not get what you want."

And that would make Chinese exports even cheaper, which is what Trump was mad about in the first place.

One reason to label China a currency manipulator is that it'll provide legal and moral grounds to impose high tariffs on Chinese imports, another Trump campaign promise. Zandi and his colleagues at Moody's ran an economic model on what would happen if the U.S. imposed such tariffs on China.

"The Chinese economy would weaken," says Zandi. "And then, of course, the entire global economy would suffer because the U.S. economy is the largest on the planet, and China is the second largest. It's the kind of path we took back in the 1930s."

A year after the stock market crashed in 1929, President Herbert Hoover signed the Smoot-Hawley Act, which raised tariffs on thousands of imported goods. President Hoover's protectionist justification was similar to Trump's today.

In the end, the Smoot-Hawley Act was disastrous. Other nations retaliated with their own trade barriers, contributing to the severity of the Great Depression.

Zandi's economic modeling predicts that similar tariffs imposed on China's almost half-a-trillion dollars' worth of imports to the United States would spur a recession by 2018 that would last at least two years.

But not every economist agrees with this.

"The U.S. is in a very, very different position today — the opposite position than it was in 1930," says Michael Pettis, an economist at Peking University.

"If you intervene in trade, that's probably good for the U.S., certainly bad for China," Pettis says. Tariffs "reduce the ability of the surplus country to acquire foreign demand, and they also allow deficit countries to get more of their domestic demand."

Pettis says it would only likely be good for the U.S. economy in the short run, though, as inflation would be a likely result. What's clear, he says, is that a trade war would be disastrous for China because it would lead to either higher debt or tens of millions of lost jobs.

Pettis says the better path for sustained mutual growth is not tariffs, but something else Trump has already proposed: a gigantic investment in U.S. infrastructure. "If you build infrastructure, that's great for the U.S. and good for China," says Pettis.

It's good for the U.S. because it creates jobs, and good for China because it would continue to export goods to America without trade barriers. And if there's anything most economists agree on, it's that the world's two largest economies have become so co-dependent, that what's good for one is good for the other.